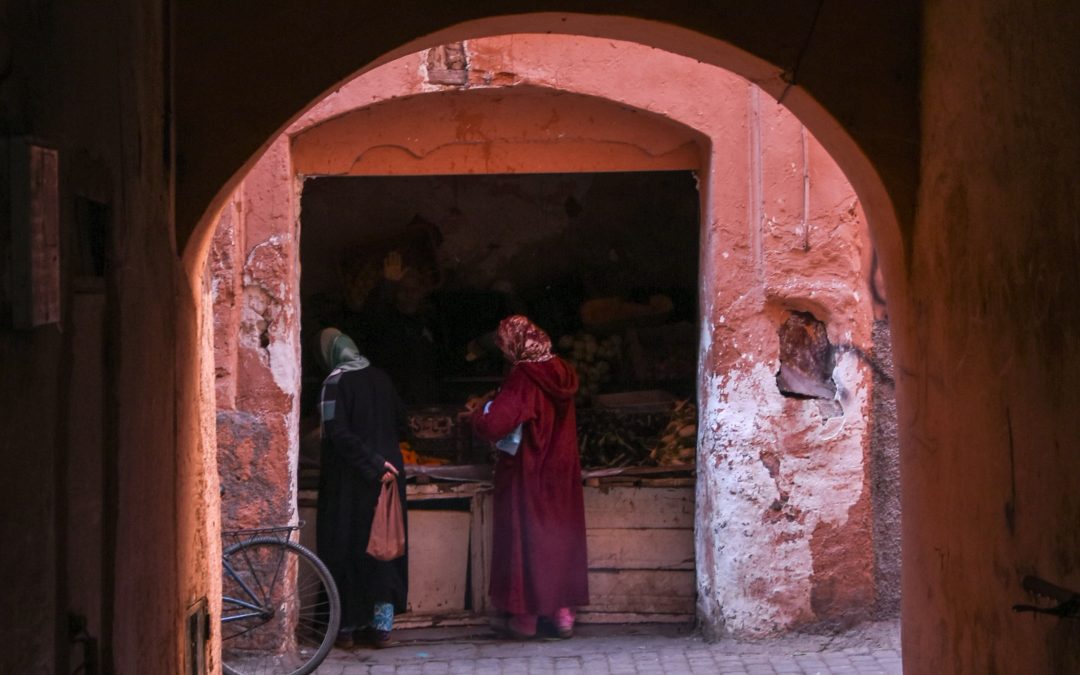 Traveling alone has its advantages, but being accompanied is always more interesting. Being impossible to go on vacation with my Mexican, my mother proposed to take a few days off, days that became a week and the two of us turned four. Several destinations have been discussed, from ski in Andorra or Sierra Nevada, to the warmth of Morocco. The last one won.

We went to Marrakesh, where I had already been in 2016, an always pleasant city to return to and where obviously I had not yet visited everything! For them it was the first time. It is impossible to avoid the Jemaa el Fna square or the souks, since the whole city is a great souk, but we almost succeeded, this being a more monumental-centered visit. The first time I had only visited the Ben Youssef Madrassa, the Palais Bahia and the Saadiens Tombs. The colors of the souks and the scorching heat of May made the visit much slower. This time we had two days to see everything else and a perfect temperature. The plan for the first day was to visit the palaces south of the city. On the way we passed by the Museum Dar Si Said, museum on the Moroccan tapestry but whose main interest would be the building that houses it. We had the idea that the entrance was 10dh (€ 1), like the Palais Bahia, next to it, but when we got there we found out that all prices had gone up past August and no one had updated the websites. The Dar Si Said costs now 30dh, being the cheapest monument of Marrakesh, and the Palais Bahia and almost all others cost now 70dh. As I already knew Bahia I stayed at Dar Si Said alone and they went visiting the second.

The museum is interesting, more for the short documentaries on display that talk about the lives and techniques of the craftsmen, than for the exposed carpets. The building is indeed very beautiful!

We met at the door of the Palais Bahia, finished at exactly the same time, and before proceeding to the next palace we drank a beer on a terrace overlooking what we realized later was the old Jewish quarter (Melah) and the Atlas on the horizon with snow on top. Palais Badi costs 70dh again, this one I had not visited last time as it was closed for a humour festival. My mother found it expensive for what seemed to be just a ruin and we decided to split again, two went to visit the Saadiens Tombs, two stayed in the old palace of the Moroccan king responsible for the disappearance of our king D. Sebastião in the battle of Alcácer Quibir.

Dispite the state of destruction, whose causes we could not ascertain, the palace is quite interesting and photogenic. The multiple families of storks that live there help the photogeny.

.
On the second day the plan was to walk to the Jardin Majorelle and go through several points of interest along the way. This also meant crossing almost the entire city (ie the souk), which for “Morocco beginners” is something that can take a long time! The first destination was the Jardin Secret but we felt that the size of the garden did not justify the price (50dh) and we continued to explore the market streets with hanging babouches, amazing lamps, spices, baskets and rugs.
.

.
We then arrived at the Marrakesh Museum, which I hadn’t visit the last time because some Moroccans told us that it was not worth it. However some tourists said it was, so this time I gave it a chance … the Moroccans were right. First of all I do not understand why it’s called the Marrakesh museum as what it exhibits is ceramics from Fez or Casablanca, among other things from other parts of Morocco. The only part that could have interest is the patio that houses it, but whose yellow skylight ruins the environment. But there is a hammam (ancient baths) inspired by the Roman baths, whose roof is quite different from everything I have seen.
.

We had lunch at Le Jardin, a restaurant of the same chain as Nomad where we dined the night before. Our experience with the food in Marrakesh was not linear. The first dinner and lunch didn’t satisfy anyone and we suddenly found Nomad and, despite being super touristy, we loved it! A friend had told us about Le Jardin and when we discovered it had the same owners, we wanted to try it a lot. We did not like it as much. In the meantime we searched for street food trying around and finding out what we liked until we found the best we had, also with the help of one of the boys who worked in our Riad, which we loved!

We finally arrived at Jardin Majorelle, the most desired visit! Despite the excess of tourists, the Majorelle blue is mesmerizing! Unfortunately I misunderstood and I thought the Berber museum, which the house houses, was closed that day so I could not get in … The gardens, mostly cacti, are also wonderful and in there we no longer feel the presence of so many tourists. 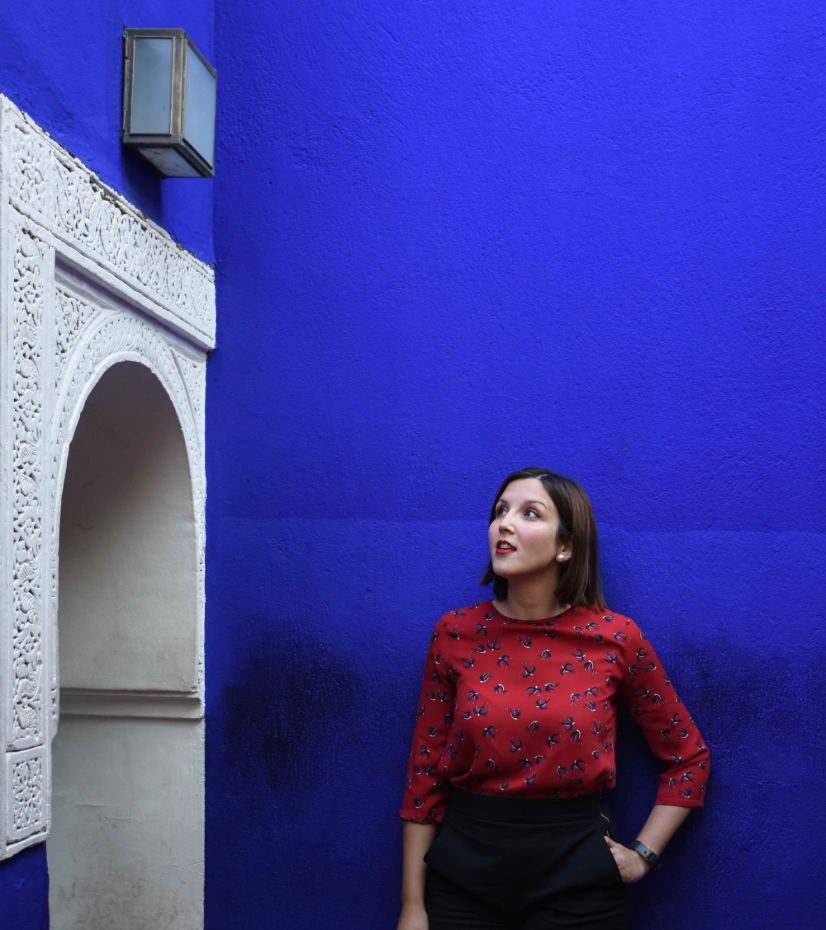 .
At last we went to Yves Saint Laurent Museum, right next door, which unfortunately we had to see in a hurry as we entered the museum half an hour before closing. It is always fun to see the influences and the development of fashion over time. Still I find the museum too small for the price they charge (100dh).
.

.
We had two wonderful days and something that really helped were Amin and Soufiane, the guys who work at So Chic Riad, where we stayed. Genuine and ever present smiles and the greatest willingness to teach us about Morocco, Marrakech, where to eat, what to see! I totally recommend this riad where we spent four nights (the third day we spent it in Essaouira). 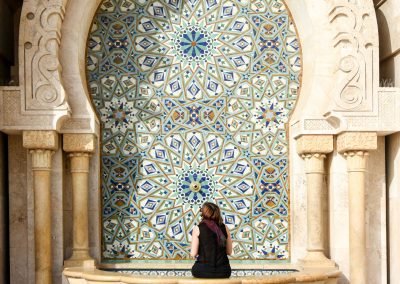 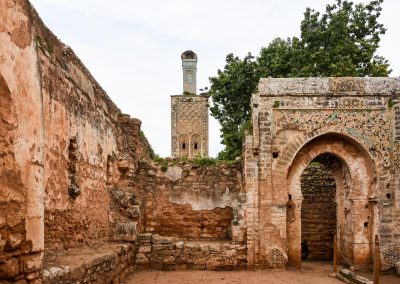 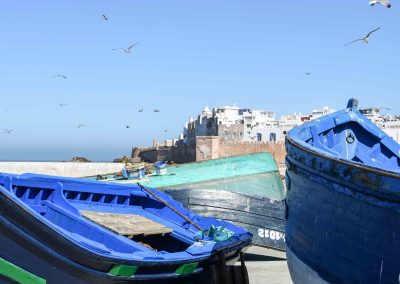 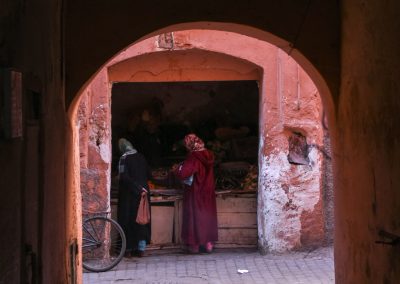 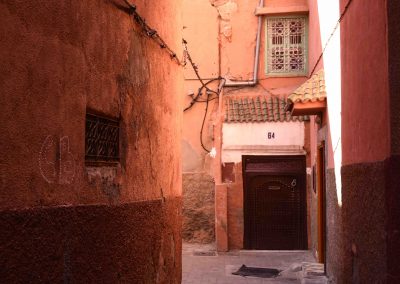