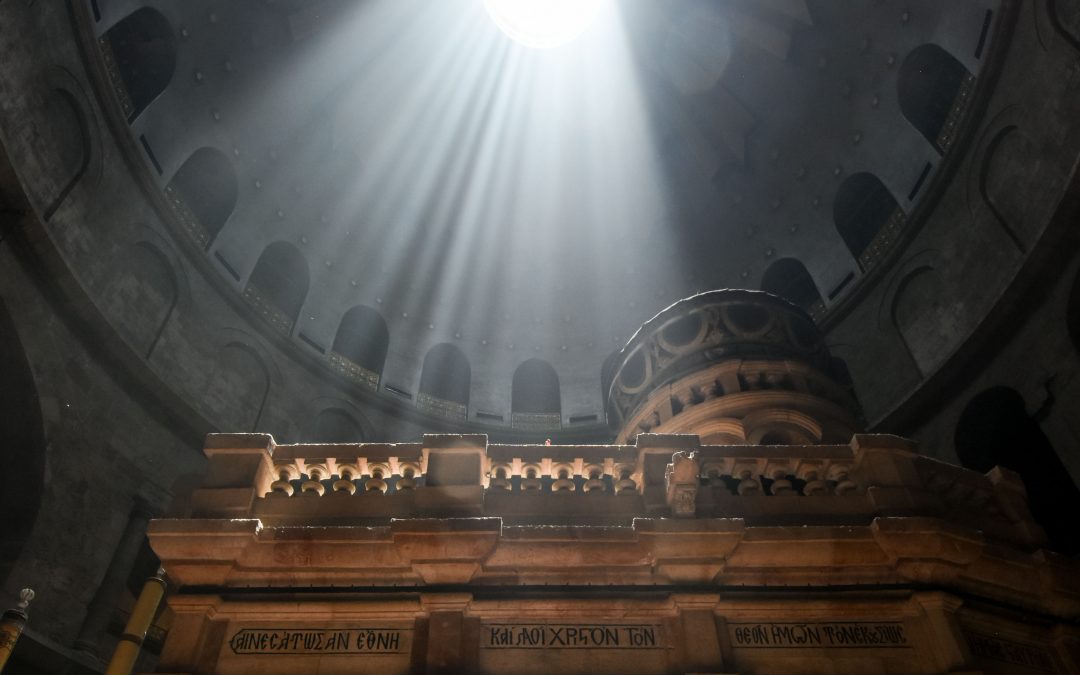 TAP’s new “love-hate” route is Tel Aviv. Love, the destination, hate, the flight and its schedules. The thing is the flight takes more than five hours and the Israeli passengers are the most disobedient I have ever seen – always standing, which does not facilitate the passage of food, beverage and garbage carts, always wanting to go to the bathroom, etc. And what makes it worse is that we are just about 24 hours there, time that should be divided into sleeping twice (one when we arrive and another before returning to a more than five hours flight, leaving at 3:00 am in Portugal) and visit something. And so there are a lot of people who do not want to do it, even though they do not know the place – the love part! I saw little of the city of Tel Aviv but only the fact that the hotel is on the beach and the water is warm, I could do it every month. And then the city itself, which should be wonderful, Jerusalem and all its history, just one hour away, and so many other places in Israel!

So after biding for a layover there, doing a barotraumatism (a kind of pull in the eardrum) and not being able to go, I changed with one of the many colleagues who do not want to go there. By chance a friend of mine was in this crew, so we made plans to go to Jerusalem and the rest of the crew just joined us!

To go from Tel Aviv to Jerusalem there are several options, but the cheapest is to take the bus 480 at the bus terminal of Arlozorov street which costs approximately €4 in each direction. The bus leaves us at Jerusalem bus station, which is about 3km from the old town. On the way we find Mahane Yehuda market, one of the things to visit! 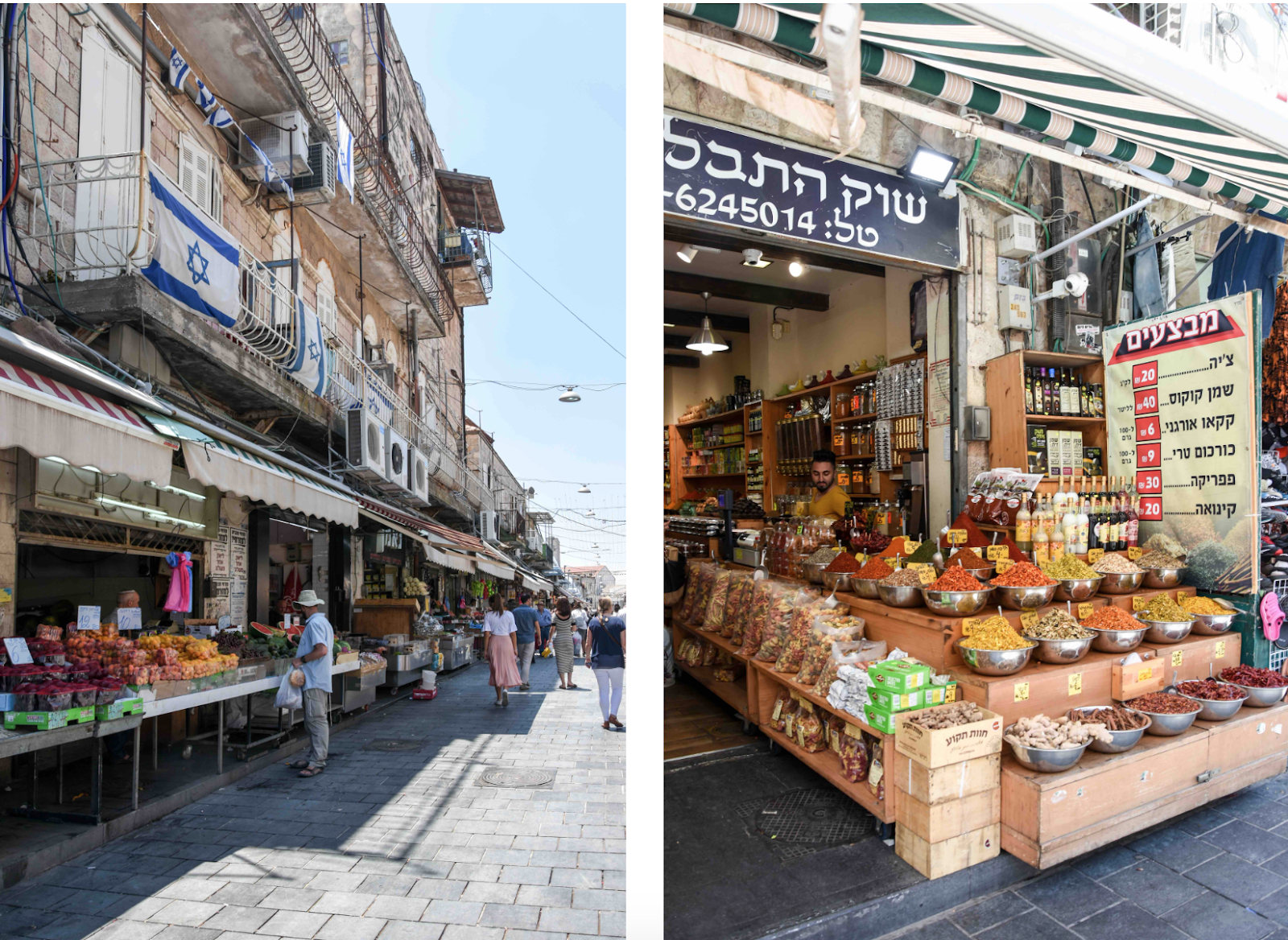 .
We finally reached the walls of the old city of Jerusalem, where we entered through Jaffa Gate, the most famous one. The city is divided into four districts – the Christian, the Muslim, the Jew and the Armenian – but we only visited the first three. We looked at the map and saw that the church of the Holy Sepulcher was the nearest point of interest. This church is the place where the grotto where Jesus was buried is supposed to be and where, three days later, he was resurrected. At the entrance we find his tombstone, venerated by so many, who kiss it, pray over it, rub their handkerchiefs – the first time I saw someone do it I thought they were cleaning it lol. It has several spaces, all of them disputed by the several religions. The most impressive is that of the cave, where a chapel was built, which in turn is inside the church. It has a ceiling window at the top, where light comes in and gives an amazing energy to the place.The queue to enter the “grotto” is so big we did not even try it. Inside the church we also find the place where Christ’s cross was supposed to be, and other beautiful places, decorated with mosaics and paintings! It was my favorite place in Jerusalem!
. 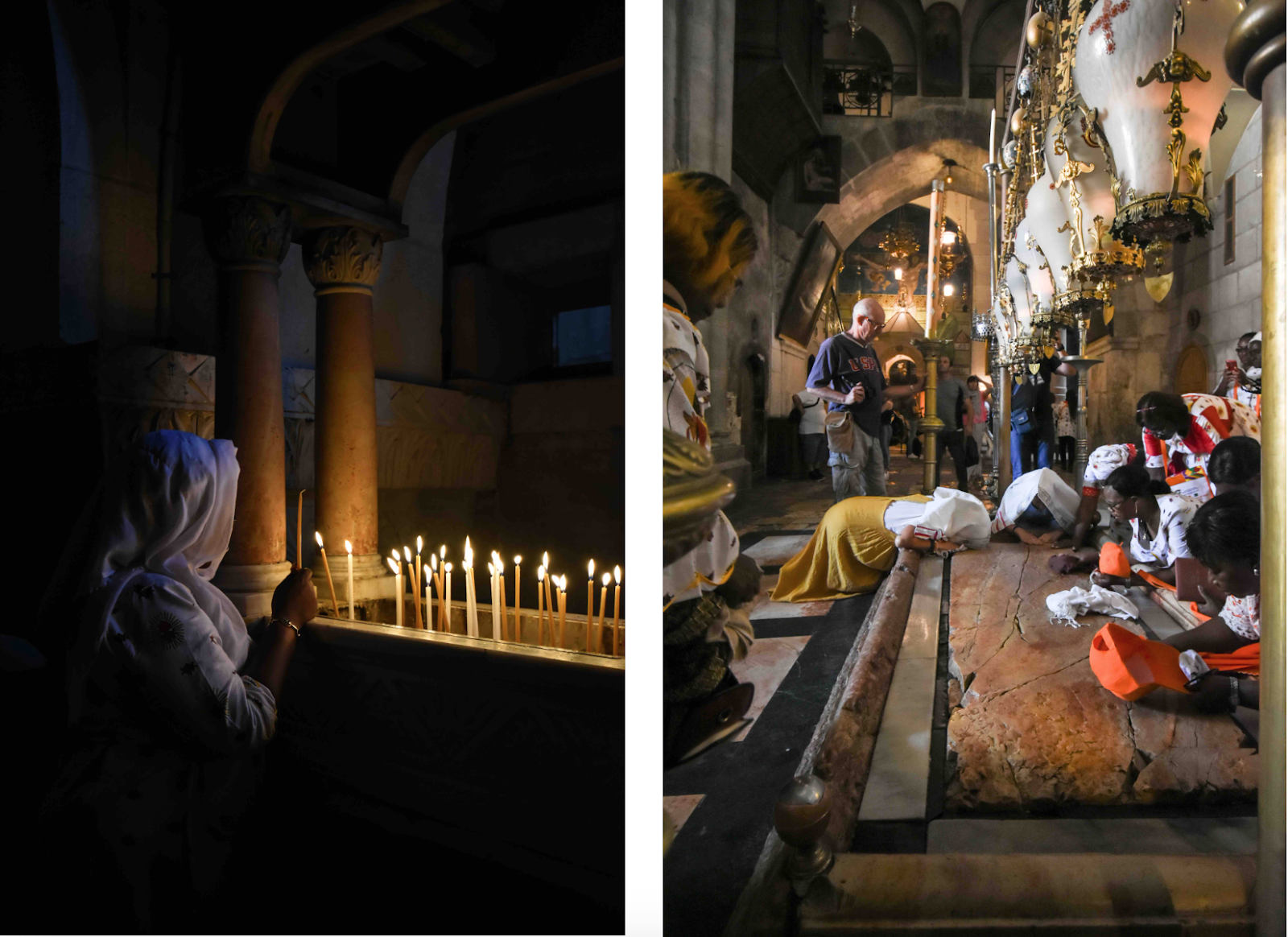 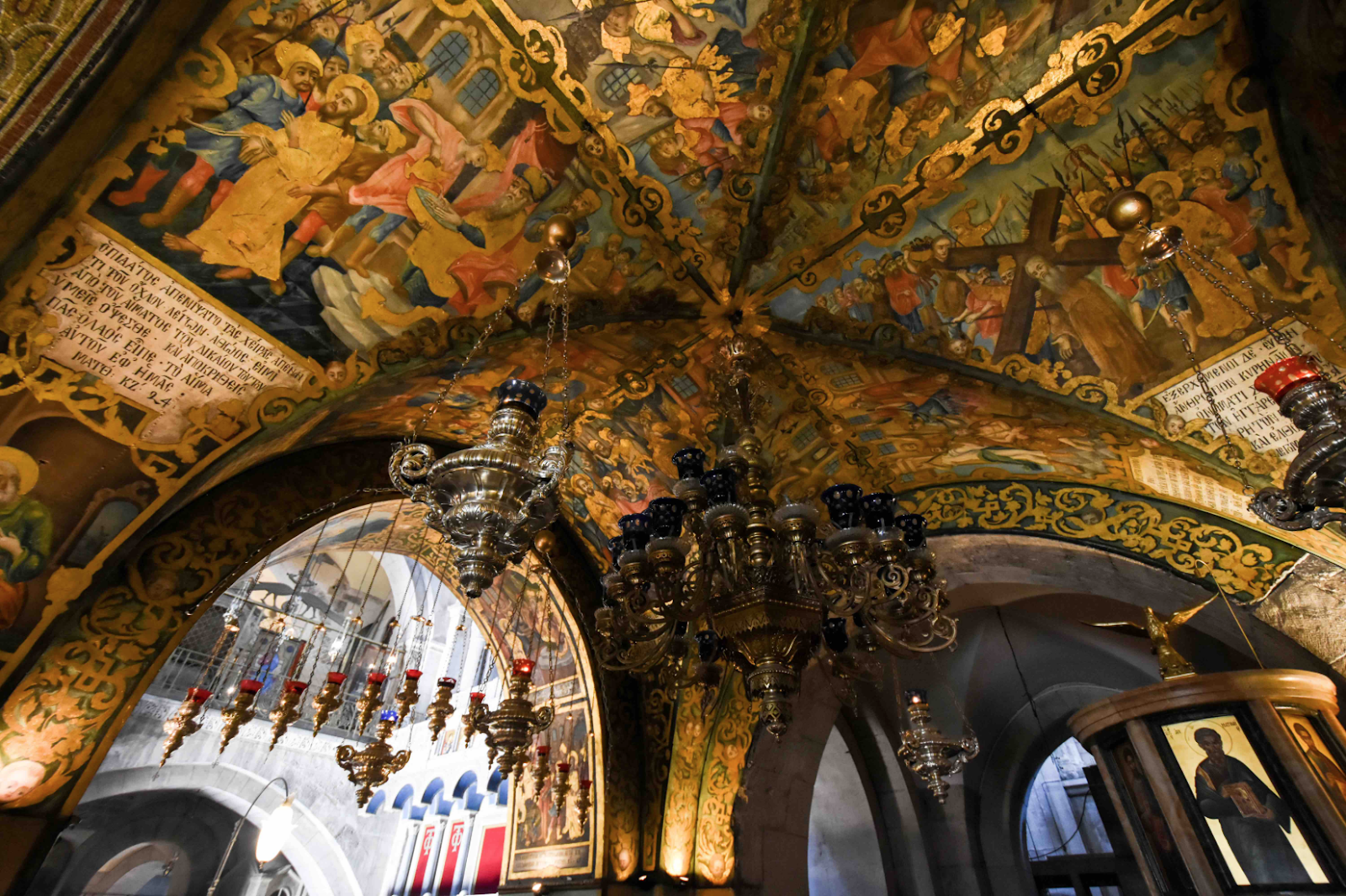 We left the church of the Holy Sepulcher in search of the Via Dolorosa, the way that Jesus went, with the cross on his shoulder, from the place of his judgment to his cruxification – in the very church that we left. On the way we got hungry and so we stopped for lunch (warning from now on that eating in Israel is expensive! – I paid 20 € for a kebab, a beer and a coke). It was relatively easy to find the street called Via Dolorosa, but from the 14 historical points, we only identified the 5th, marked with a V on the wall and a semi-circle on the floor with a different pavement. There is no information in English except some people selling the “map” of the points, but no one of us wanted to buy it, so we didn’t actually understand anything.

In the meantime we had already entered the Muslim quarter and the difference was well noted. Here the women walked all in hijab or even with burqas, minarets lurking from the rooftops and everything was less organized.

We then arrived at the Western Wall, the most important place of pilgrimage for the Jews, the closest to what was once the Temple of Solomon. I found the space already too touristy, perhaps from all over the square being under construction. They divide the wall into two areas, one for men and one for women, but they “ruin” the space with plastic chairs and ignorant tourists – you should not turn your back on the wall, but there are many taking selfies … with the Wall behind them. Jews find themselves in a very emotional trance, crying and praying, leaning against the wall, men with kipas or hats on their heads, and their interesting hairstyles, women with their toras. I was waiting to hear some whispers, wailing, but everyone was praying to themselves.

Above / Behind the Wall is the Temple Mount, another of the most disputed places among religions. The Jews do not enter there because they think it is a space too sacred and they are not worthy to enter. Muslims built several mosques, among them the Dome of the Rock, whose golden dome stands out. Only Muslims can enter the mosques. We unfortunately could not visit the Mount because it is only open in the morning and we did not know it, but we could see it from a terrace on Ha Kotel street, which also lets us see beyond the walls to the Mount of Olives.

We returned to the port of Jaffa through the Jewish quarter, much more beautiful and decorated with flowers, and then to Tel Aviv, where we still had time for a swim in the warm Mediterranean Sea! 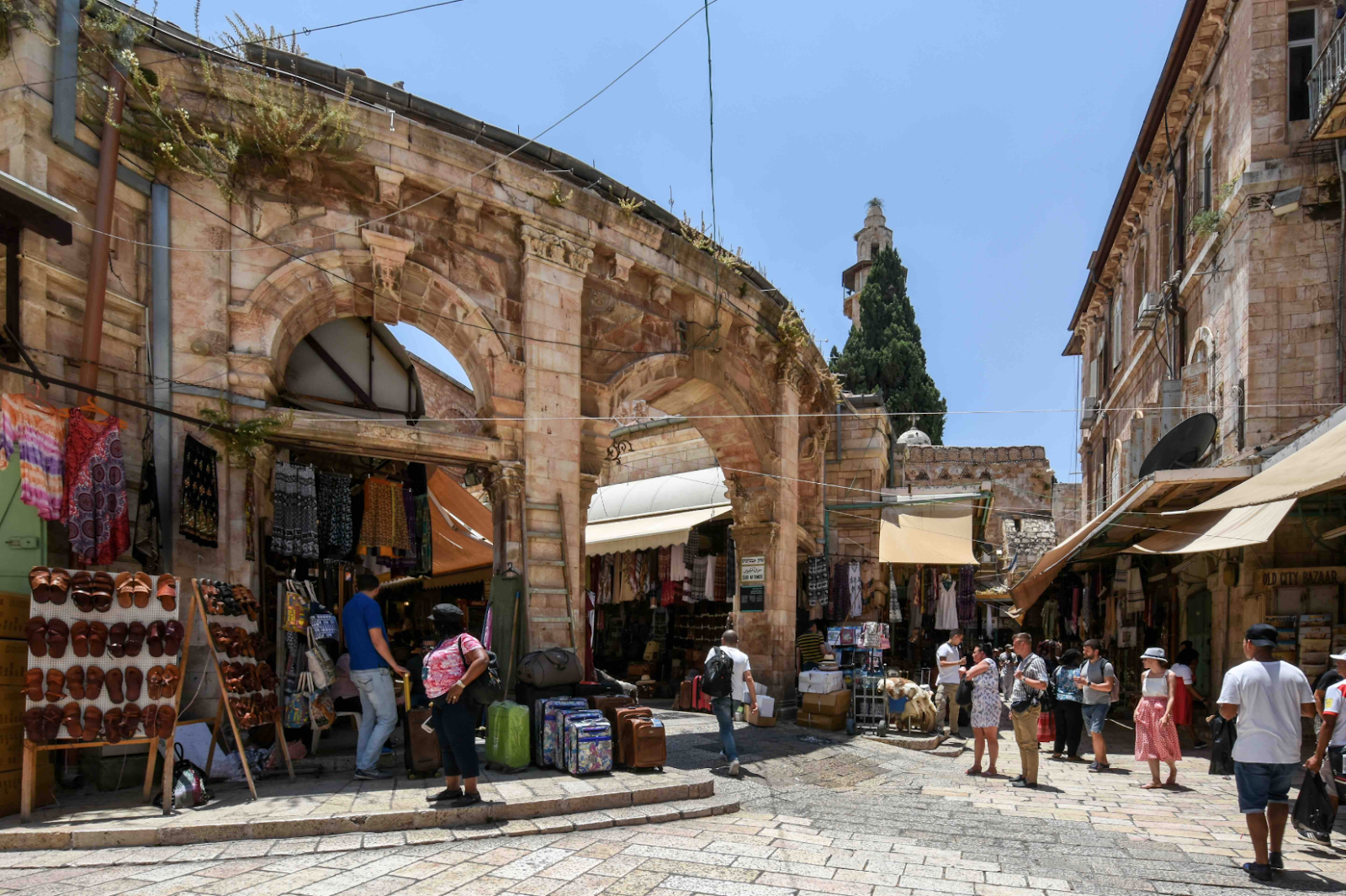 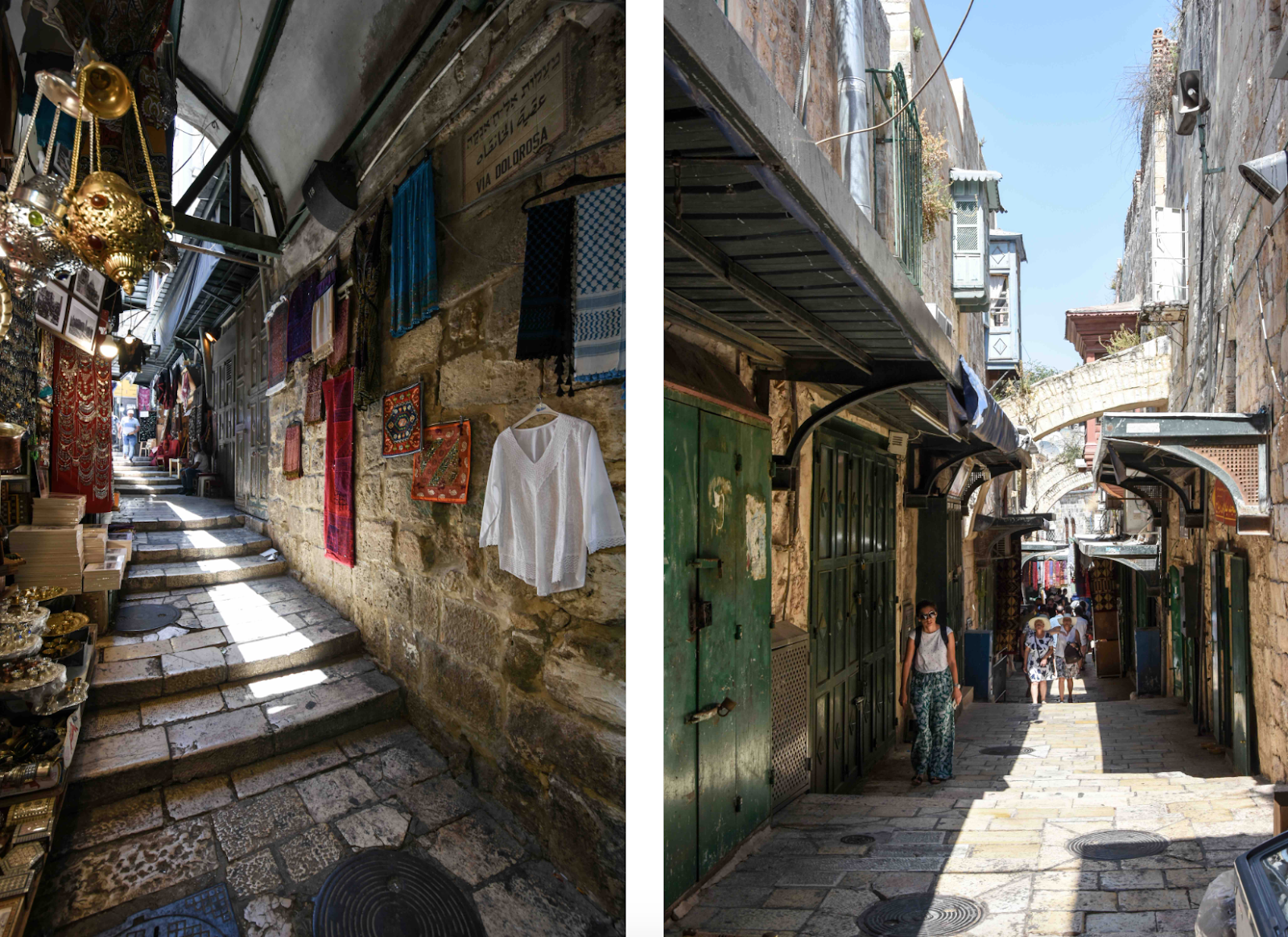 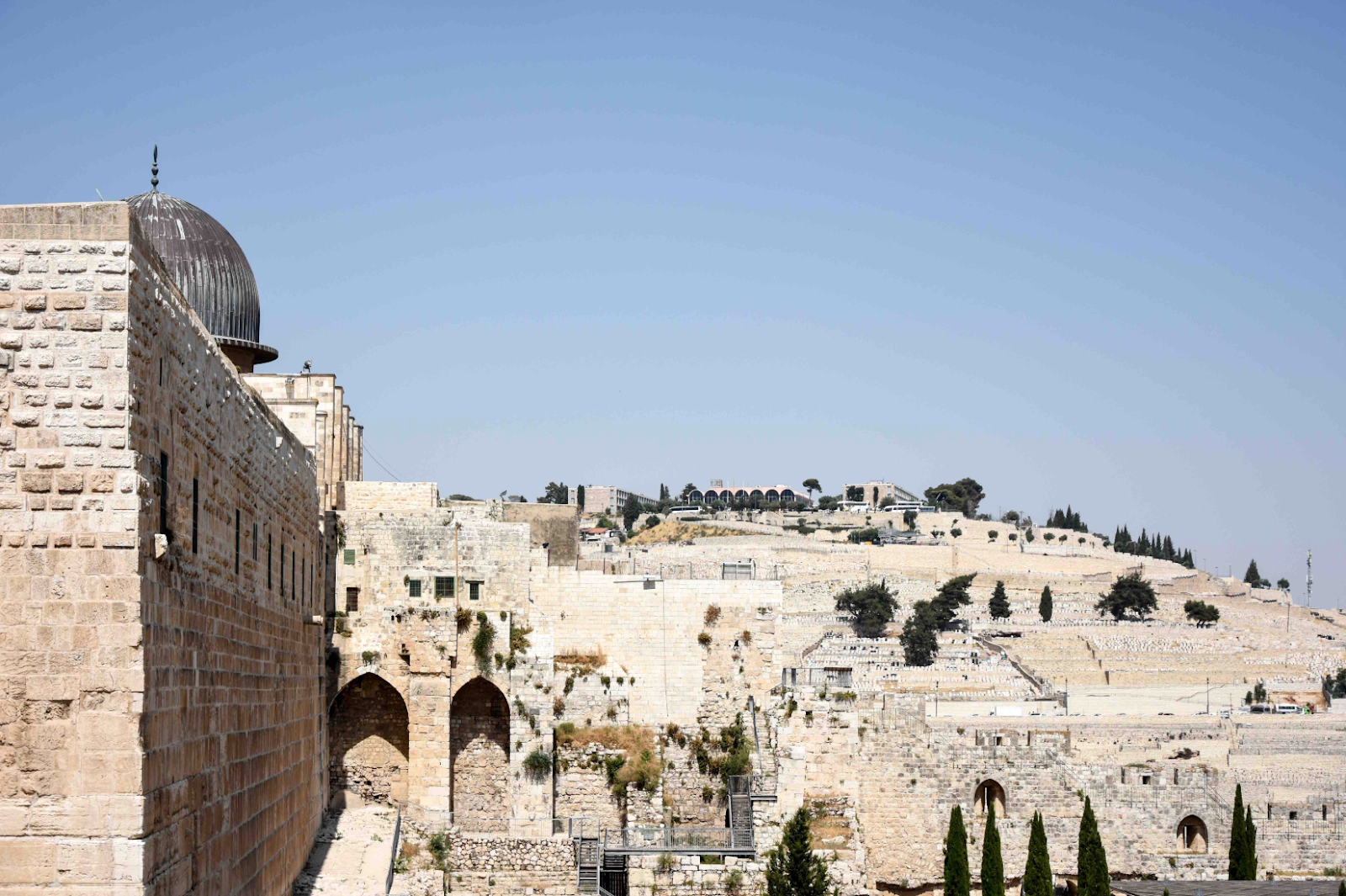 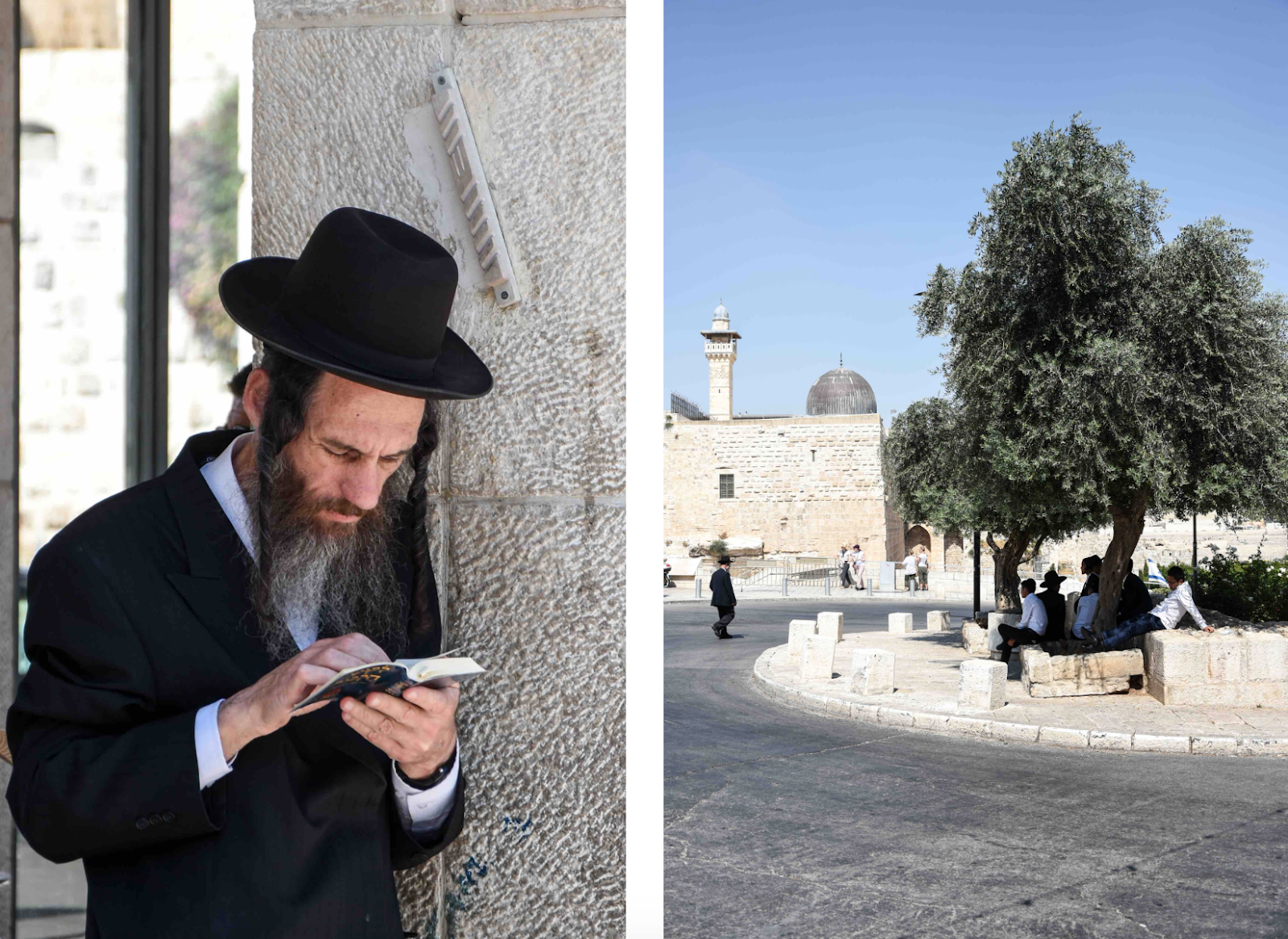 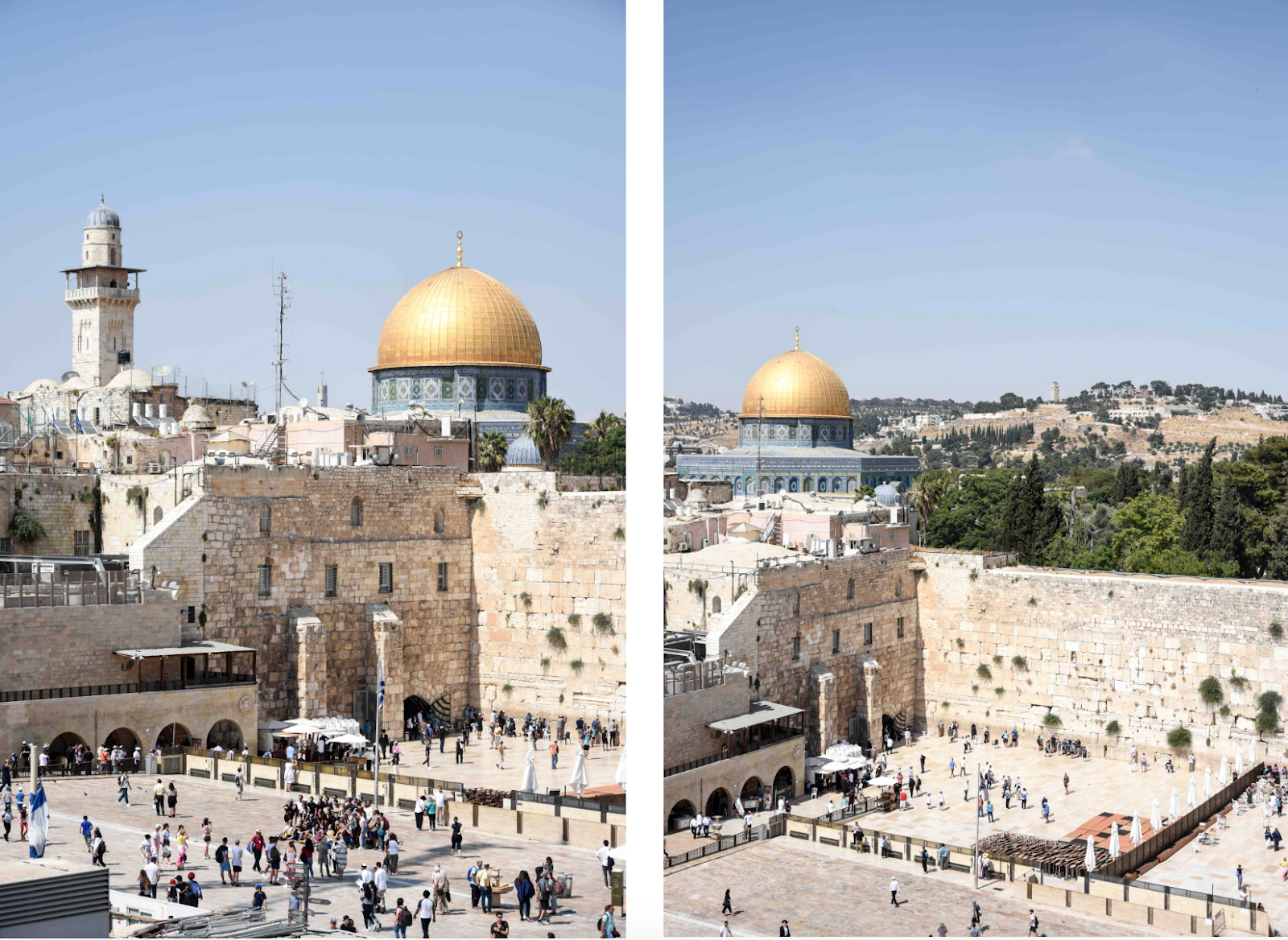 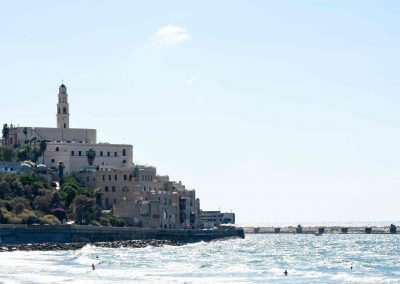 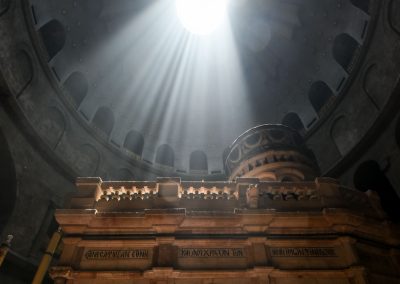