One of the passions Jorge and I have in common is a Belgian beer called Delirium. So in February, I asked for a layover in Brussels on his days off so we could go together. We then decided to visit the city of Bruges, a romantic city known for its canals.

We caught the train in Brussels and about an hour later we arrived in Bruges. With only a few points of reference on the map. From the station we followed the tower of the church of Our Lady, which seemed to us to be the center. The sky was gray, which highlighted the brick color of almost every building in the city. 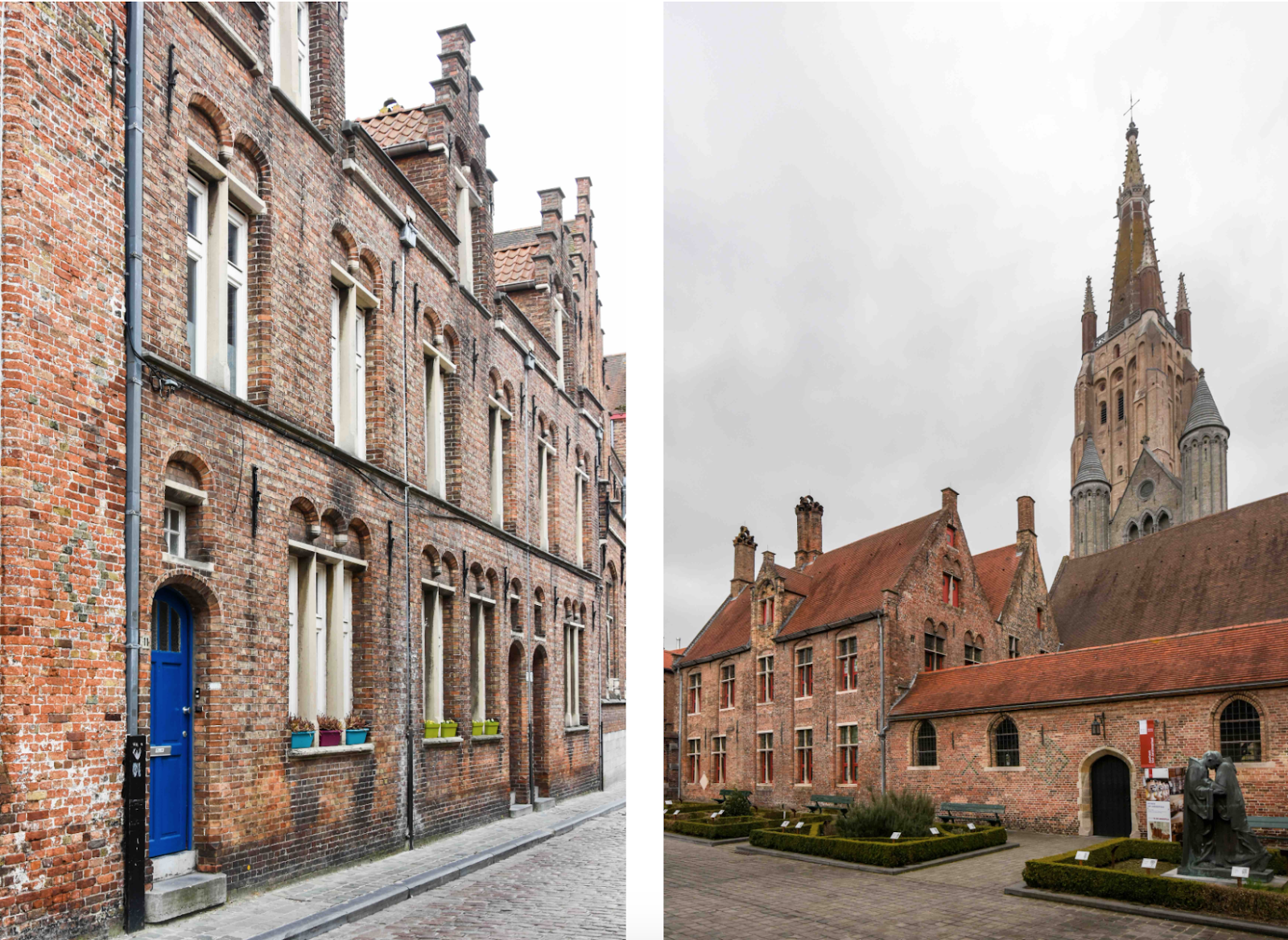 Next to the church we found the first anchorage of the touristic boats and as the sky was clearing we thought that it would be the ideal moment to make the “cruise”, in order to have an overview of the city. The boat trip lasts 30min and cost € 10 per person, with explanations in English and French. As we were the last to enter that boat we were in the middle places, something not ideal for the photos …

The tour starts going south and drives through the main channel to Sashuis, a house that contains a sluice gate, which guarantees the water level within the city center, thus preventing flooding. On the way we pass Begijnhof (a sort of private condominium for unmarried women who, although religious, do not want to live in a convent), a stinking beer factory, the former Sint-Jan hospital which now houses a cultural center and, of course, the Church of Our Lady. Going back to the starting point, we continue north to Jan van Eyck square, where we find a statue of the painter. On the way the driver indicates the other channels that lead, from one side to the sea, on the other to the city of Ghent, about 50km away, proving that all this network of channels was very important for the commerce of the country. In this section of the cruise we find the most beautiful part of the city – original wooden buildings, the tops of the facades of various forms and shapes, imposing buildings! 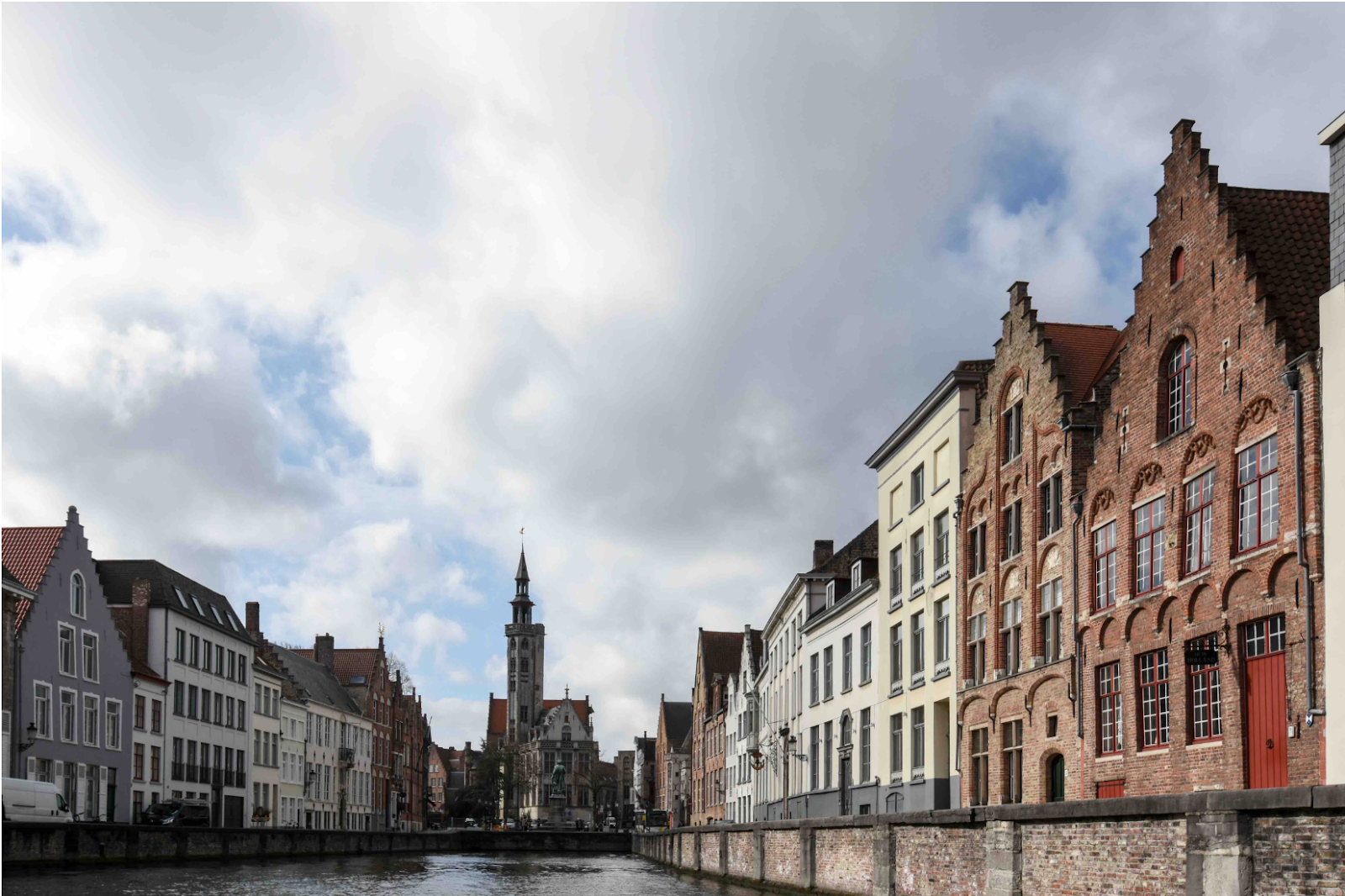 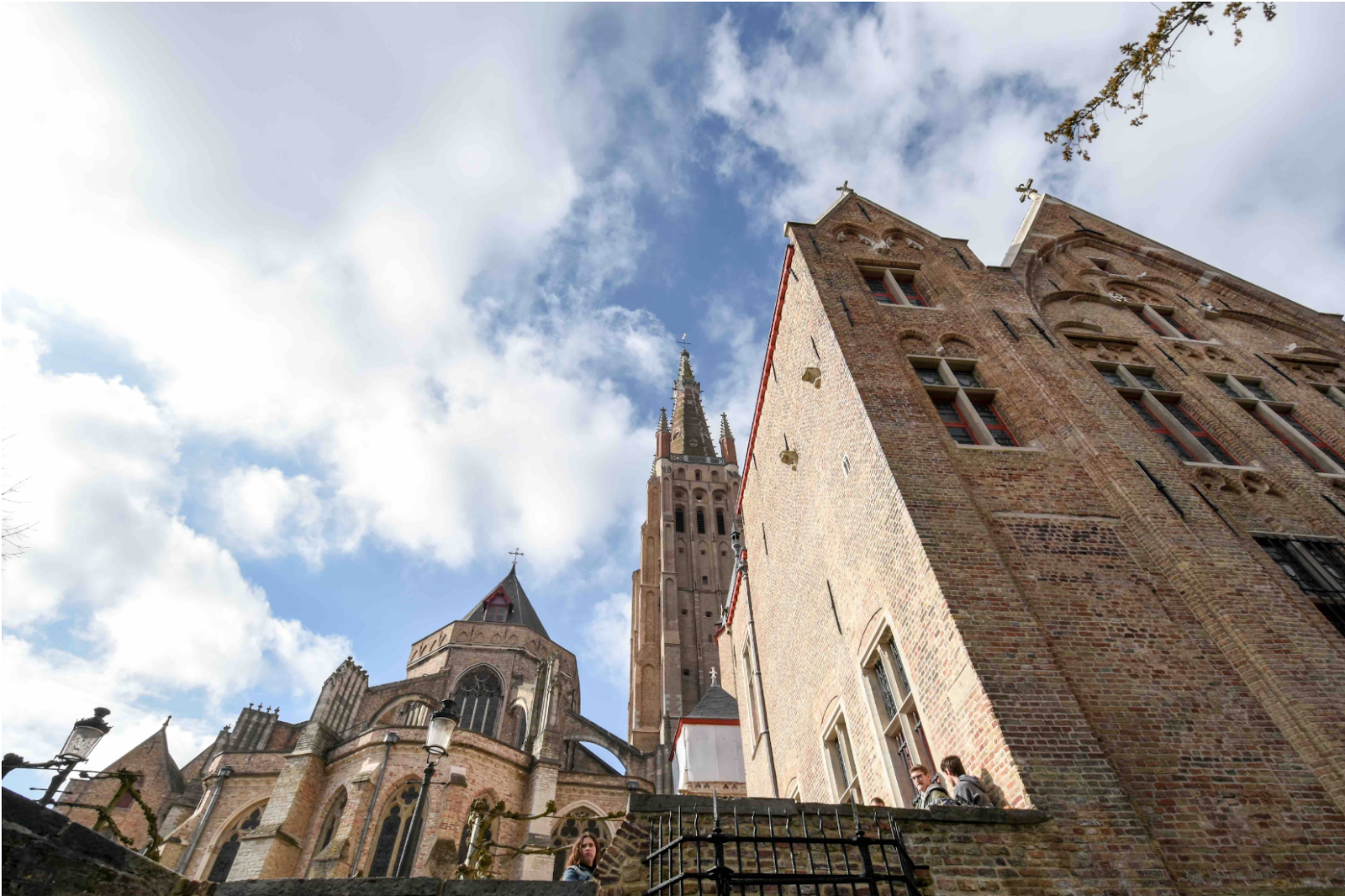 Already having a general idea of the city there was still to explore the places where the channels do not reach. On the way to the Great Market Square, we found a beautiful passage with a wall with probably all the Belgian beers that exist.

The square is of an extraordinary beauty. In the center several horse drawn carriages await tourists, around we have houses of various colors, museums, government buildings, all old and wonderfully maintained! 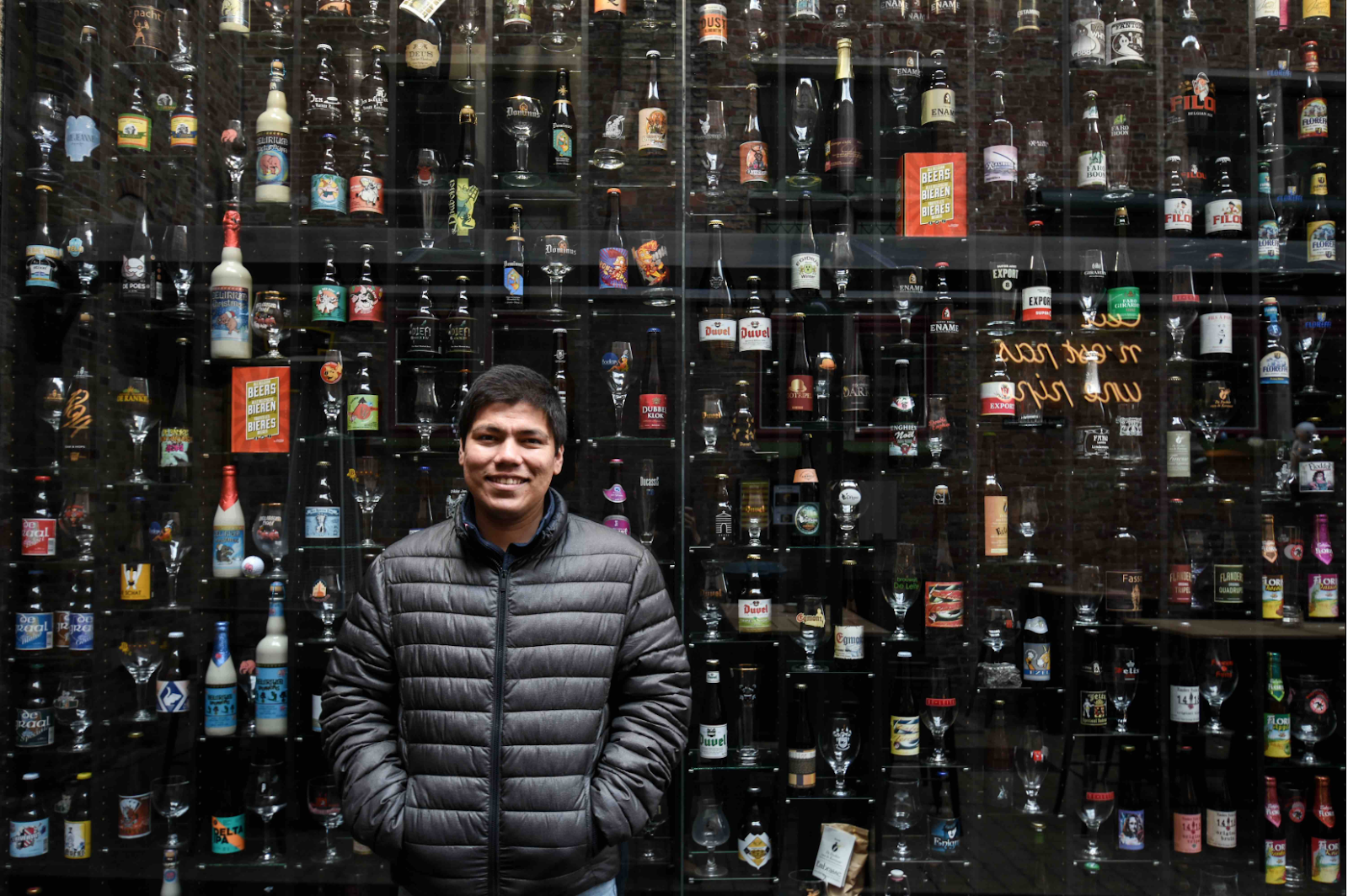 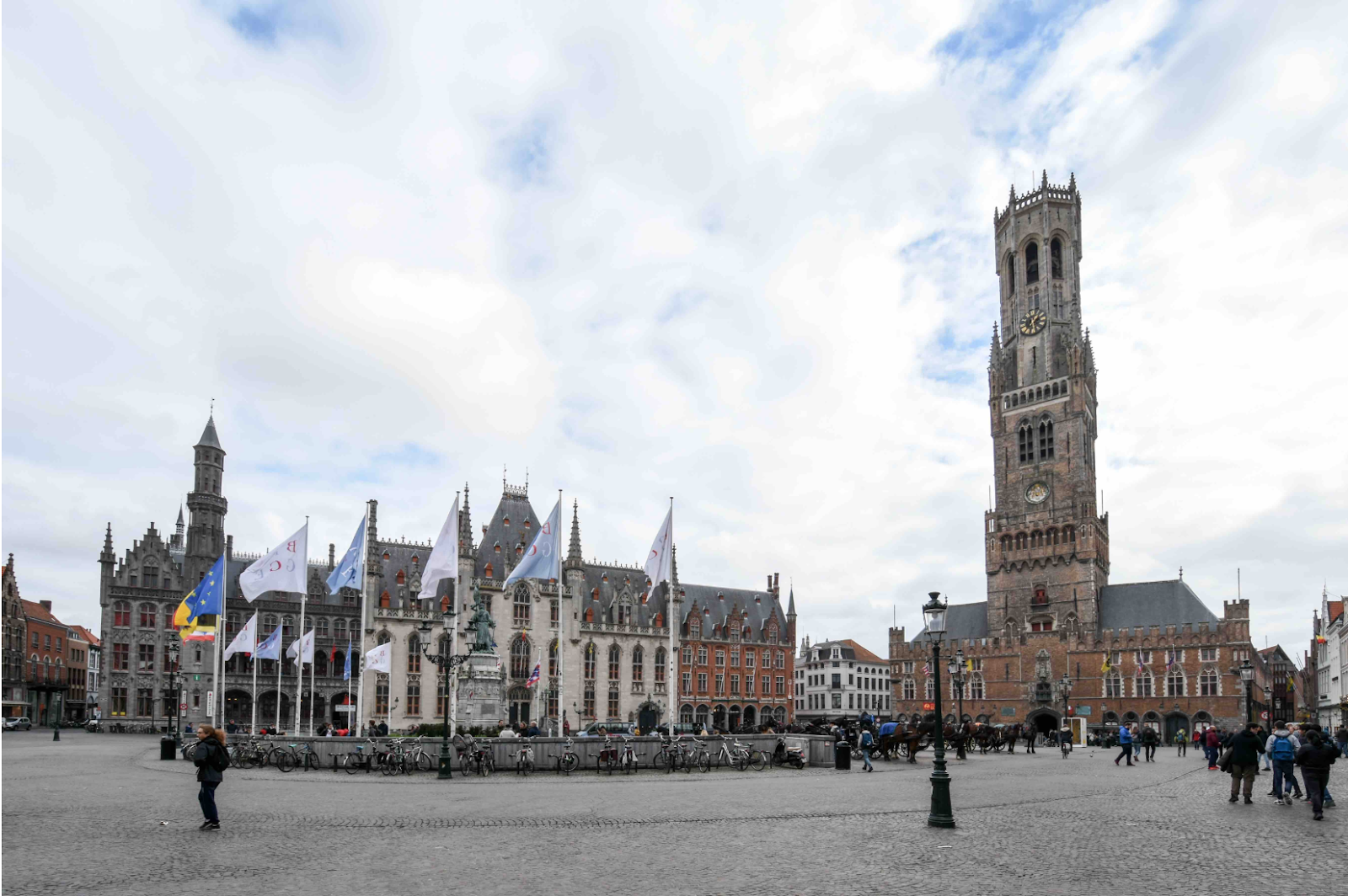 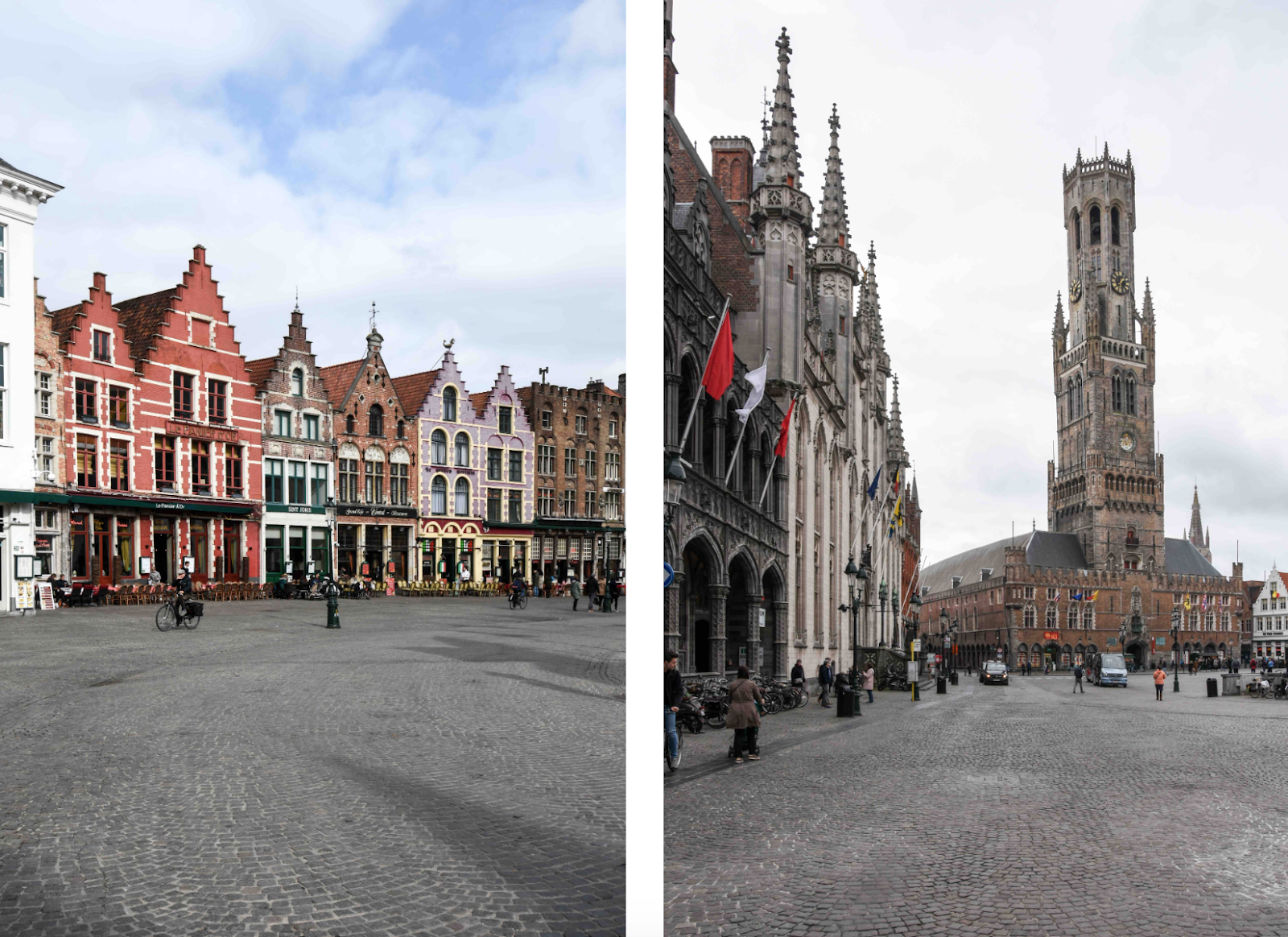 After lunch (and having avoided the rain for being inside the restaurant) we decided to go back to Van Eyck Square and now walk the roads that we had done by boat. Although now cloudy, these channels continued to be a breathtaking beauty, now seen from another perspective, more attentive, with more time.

Being cold we decided to return calmly to the station, passing in the end by the courtyard of the Begijnhof, to return to Brussels, where several beers awaited us at Delirium Café! 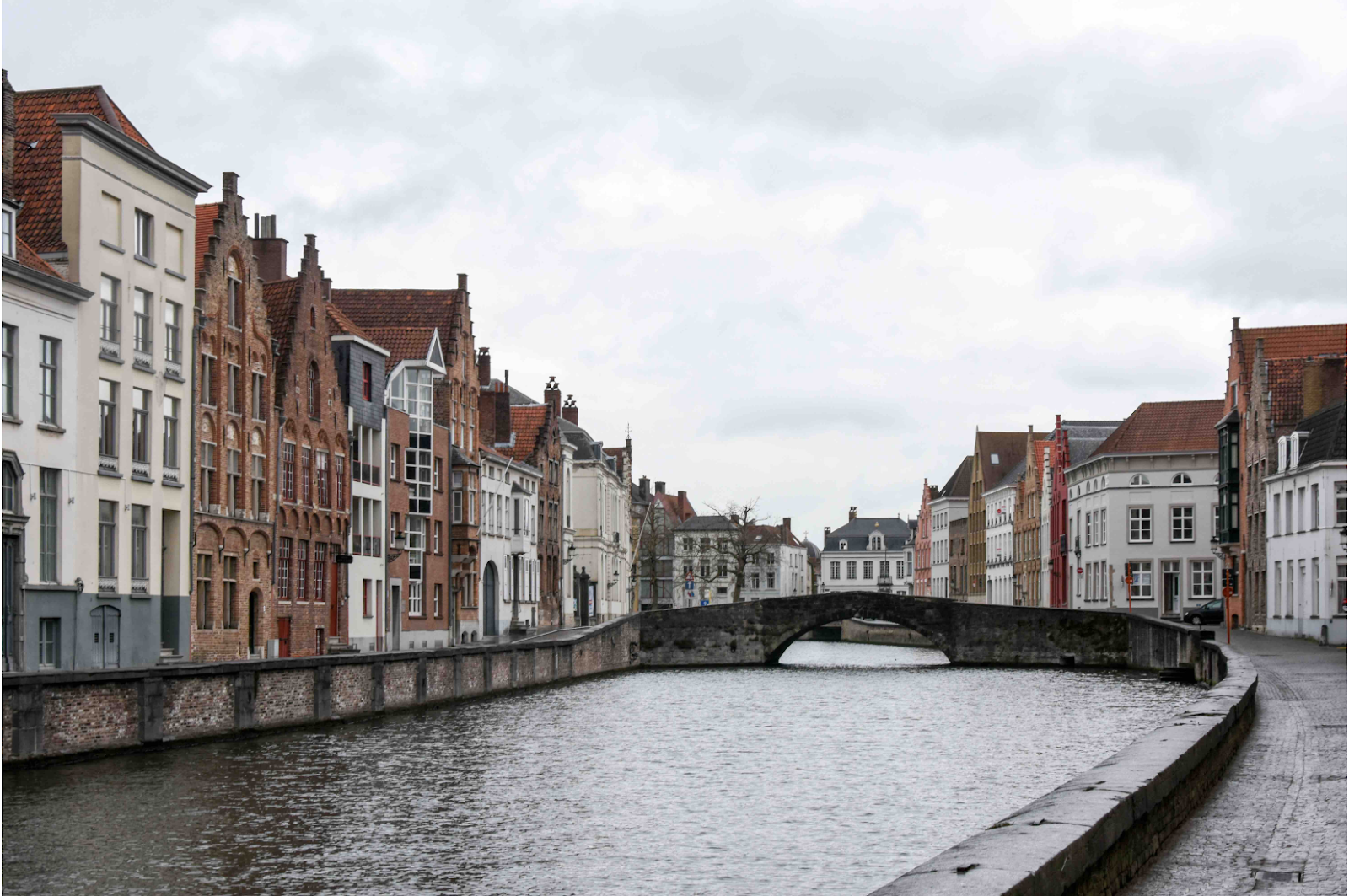 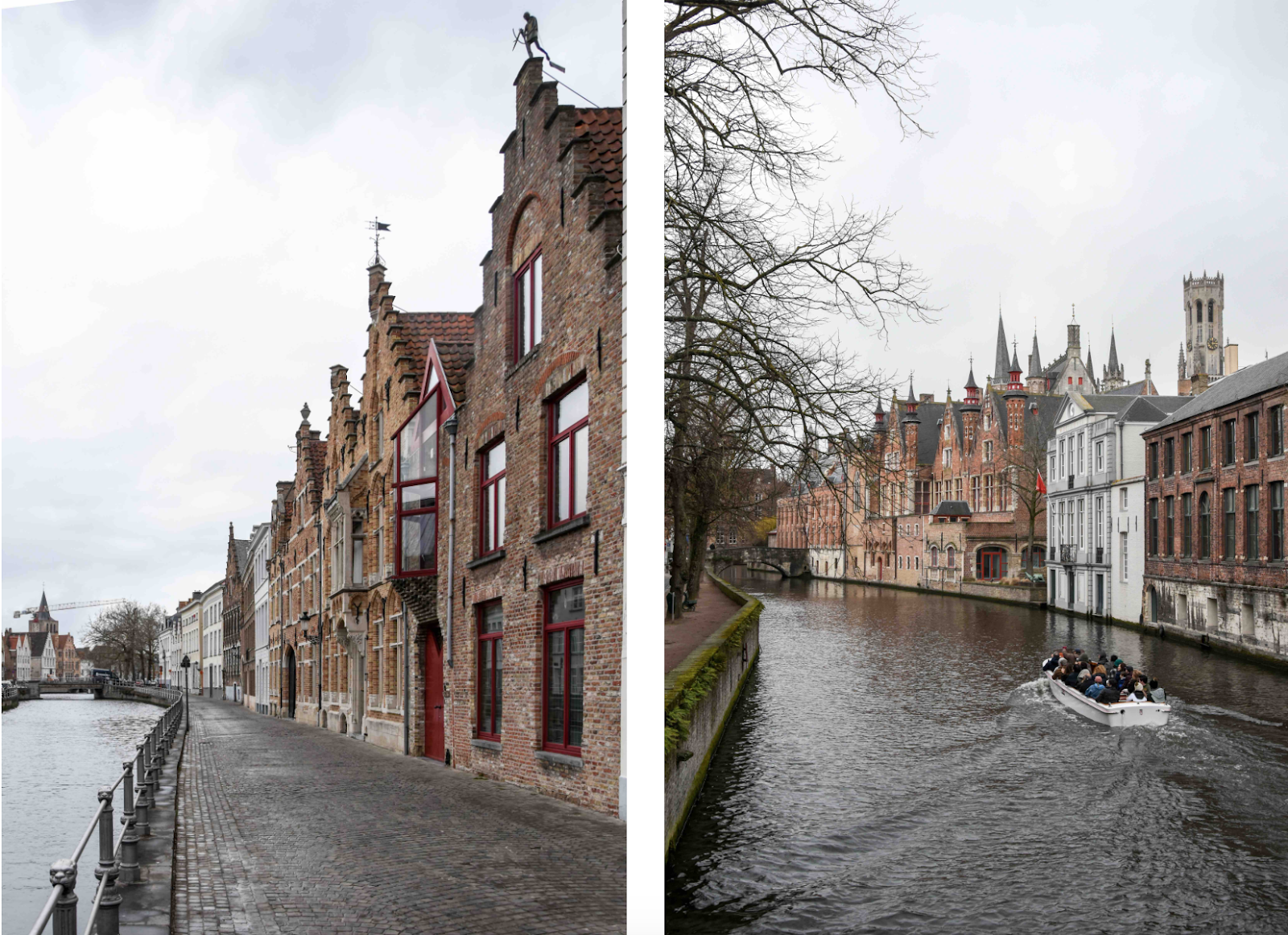 If you liked this post and want to read more about my trips to Belgium or the neighboring Netherlands, you can visit the following posts: 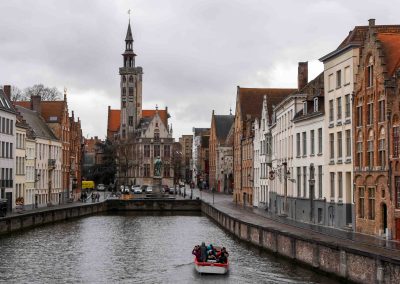 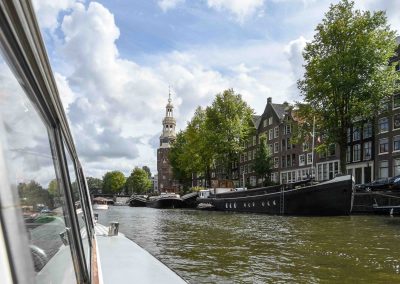 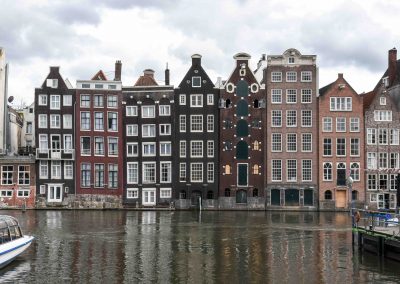 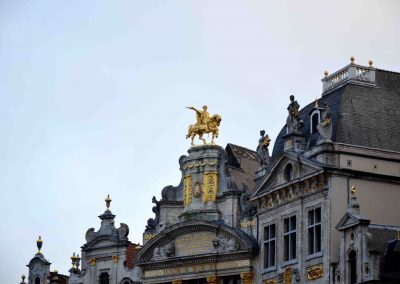