Since I’ve been with Jorge, going to Mexico is going home. Especially when the plan is actually going home. I changed my holidays to the second half of May so I could go there with Jorge, also on holidays – him for almost a month. I will not lie, it is not the holidays that everyone imagines when I say “I went to Mexico on holidays!”. It’s a lot of visiting family and friends and less strolling and getting to know new places. Luckily Jorge has the concern of taking me for around because he knows that I can not stand too long with no things to do or to photograph…An easy and obligatory thing to do is to go downtown… several times! The center of Oaxaca is one of the most beautiful historic centers of the Mexican cities I know! The colors of the façades, the cathedral and the square of Santo Domingo, the andador turistico, the hundreds of VW beatles and the calendas, so many calendas! The calendas are a kind of procession that they have for any occasion – weddings, graduations, etc. – and they always have “monos de calenda” – giant dolls with the arms in the air while spinning -, women dressed in one of the typical costumes of the state of Oaxaca and a band.

One of the new places where Jorge took me this time was to Tlacolula de Matamoros, just over 30km from Oaxaca. Every Sunday the market is filled with people from all the nearby lands that come to buy or sell. Also Jorge’s great-aunt has had a place in this market for more than forty years!In these places I feel that I’m in “pure Mexico”, the most traditional, where globalization  has not yet arrived, where women dress and comb traditionally, where chickens and turkeys go hand in hand, upside down, where families meet to eat the meat they have just bought on the bench beside the grill, where the colors are mesmerizing!

The market is almost an extension of the beautiful church, just next door, where almost everyone prays before or after shopping. 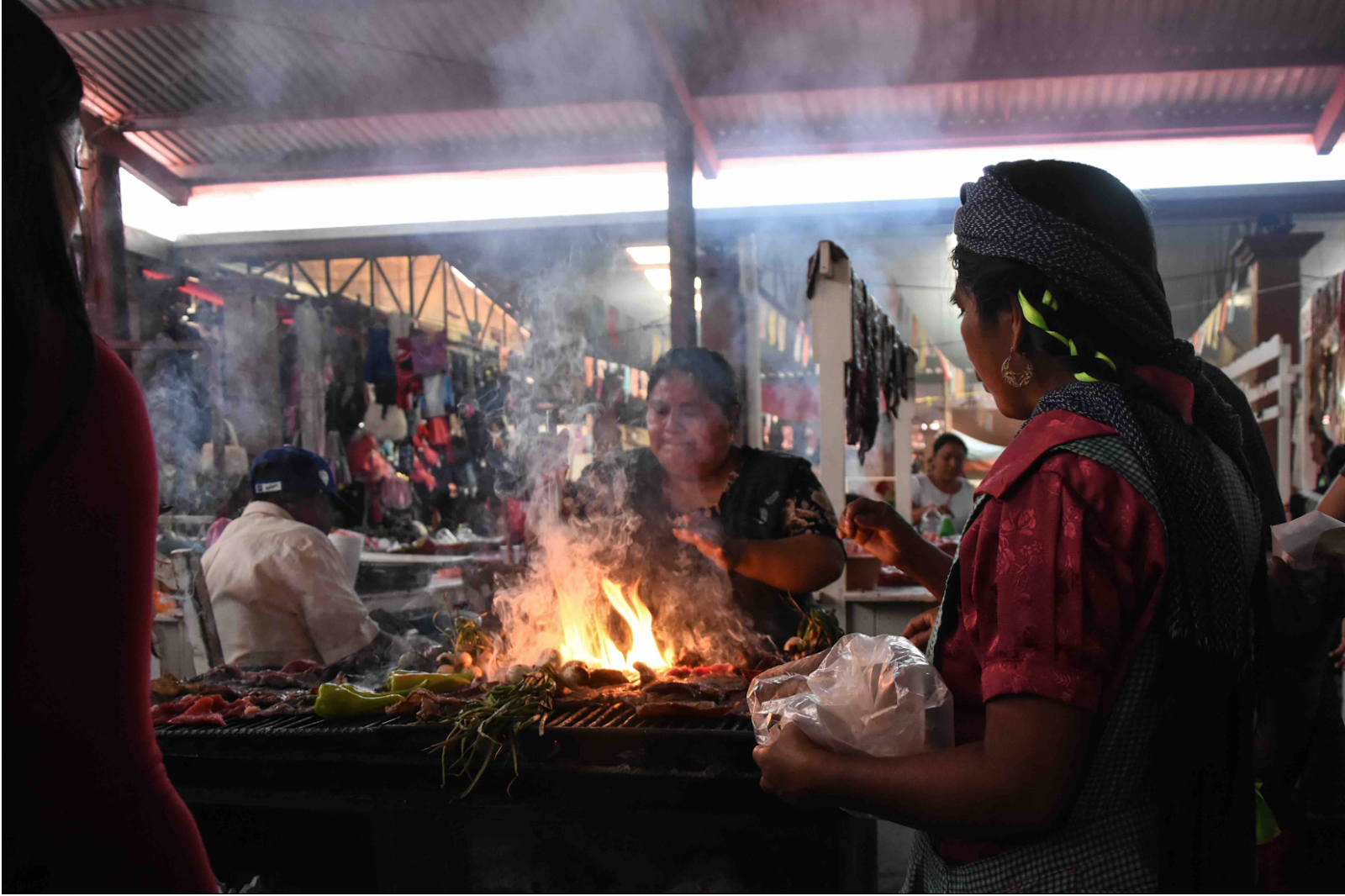 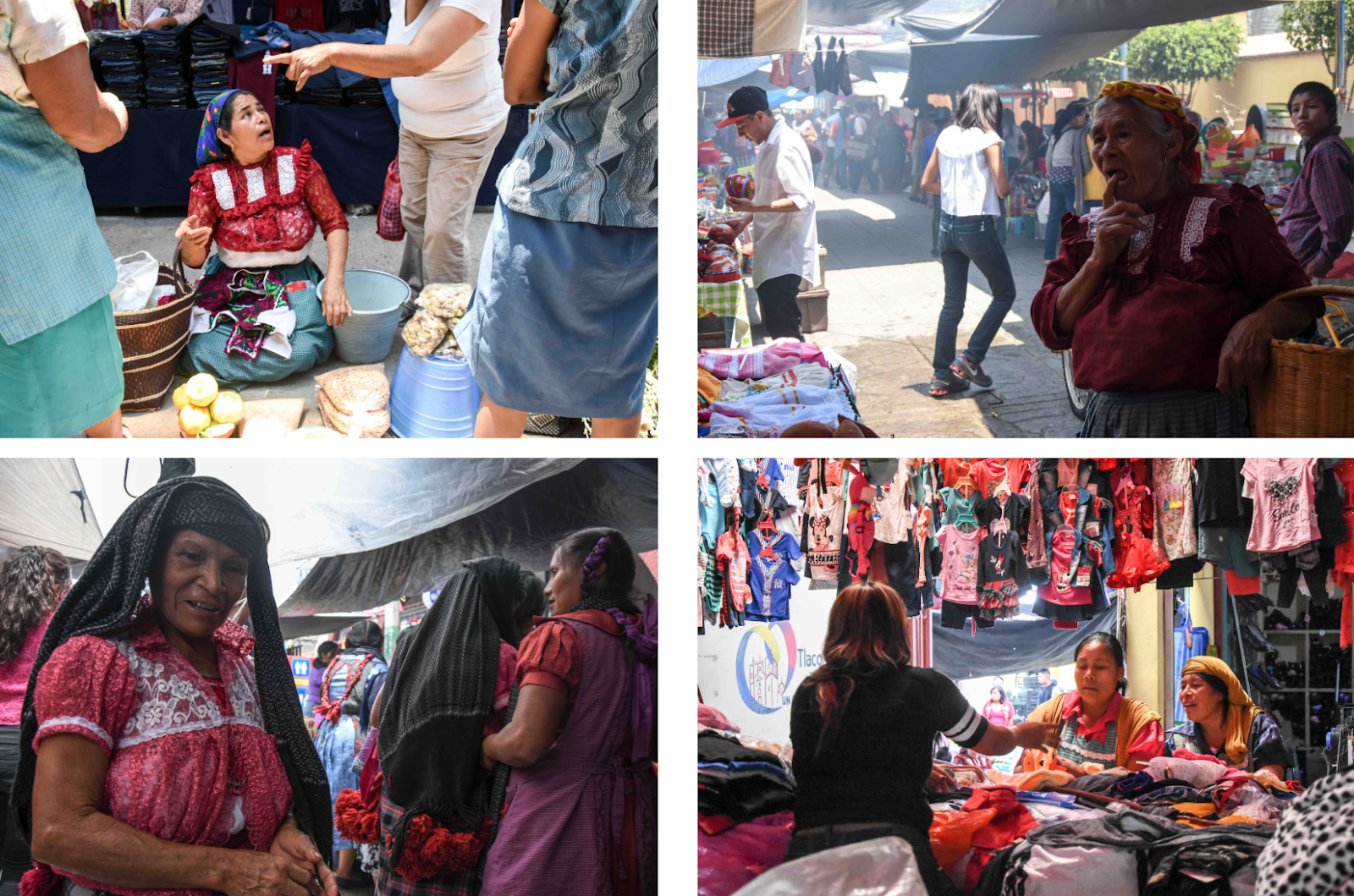 .
The last three days were spent in a paradise called Huatulco, motive for another post