As you may recall I went to Bosnia for the European Federation for Intercultural Learning Volunteer Summer Summit in 2014. I was living in Florence that year so I took a ferry boat from Ancona to Split, where I spent some days and then I took an 8hour bus to Sarajevo.
Finally in Sarajevo we had a couple of hours to sightseeing! Sarajevo is a “weird” city, which means, it doesn’t look like a city and at the same time it doesn’t look like a village. It seems that the modernity took part of the old city but still the ottoman style is really present. The city is actually very well divided and there’s actually a point where you can take two photos, one in each direction and it seems you are in a completely different place! To one side the catholics and to the other the muslims and their typical architecture accompanying both sides. Because it was Ramadan it was always really interesting to pass near a Mosque (also because before this trip I had no idea that the majority of Bosnians are muslims!). Due to its long and rich history of religious and cultural diversity, Sarajevo was sometimes called the “Jerusalem of Europe” or “Jerusalem of the Balkans”. It is the only major European city to have a mosque, Catholic church, Orthodox church and synagogue within the same neighborhood.
. It rains too much in this country, every day there’s a rain shower – that’s maybe the reason they have the last rainforest of Europe. It was also in Sarajevo that Franz Ferdinand was murdered and with that started World War I. You can feel this all over the city with restaurants, hostels and hotels all named after the austrian-hungarian archduke. It was actually in Hostel Franz Ferdinand that I stayed, one of the best hostels I have ever visit!
. If you liked this post and want to read more about my trips to the Balcans (Croatia, Bosnia-Herzegovina and Montenegro), you can visit the following posts: 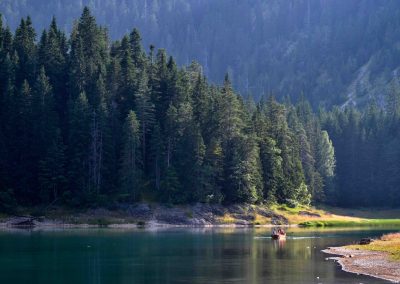 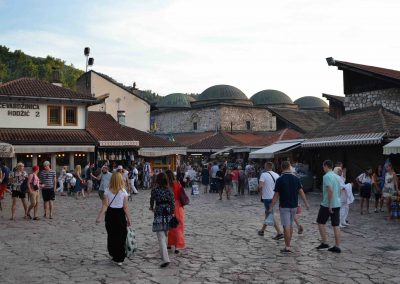