As you know, I’m an apologist for cheap travelling, and when we were booking the trip to Japan, I was reticent about the cost of living in the country, but then a good surprise was revealed. Obviously, there are travel options to all price ranges but it is actually possible to travel cheaply in Japan! So, to convince more people to visit this destination I decided to write this text for you to understand how much does it cost to be in Japan.

I bought the flight at the end of May, to travel in the middle of November. I had read that it was the cheapest month to travel to Japan, without realizing why, since we were going to visit Japan during koyo, the Autumn colors, which are much sought after by tourists. As usual I searched on momondo and tried several dates, departing from Lisbon and arriving in Tokyo, until I found the best offer. I flew with Turkish Airlines, with a stopover in Istanbul and with excellent travel times, such as short stopovers (average of 3 hours) and the flight costed 518.4 €, round trip. I ended up buying directly from Budget Air‘s website, which momondo pointed out, because it had a lower price than the Turkish Airlines website itself.

I was in a group of four and usually traveling in a group is cheaper, especially if we look for an Airbnb, which usually costs the same regardless of the number of people who will share the space. We searched for entire houses, which offered portable wifi and near metro stations, or bus stops, in the case of Kyoto. We stayed for 14 nights between Tokyo, Kyoto and Osaka, and each paid an average of € 18.8 per night for a total of € 263.2. We also used two vouchers that we had, € 30 each, from Airbnb for creating new accounts (with second e-mail addresses we have 😉 so if we did not have these discounts each would have paid another € 15, making a total of € 278.2.

* These were the expenses we had before arriving in Japan and although they seem high, as we had a little more than five months between the purchase of the flight and the departure, it gave us time to divide the expenses over time.

As soon as we arrived at Narita airport we bought the PASMO card, rechargeable and refundable at the end. This card serves in all subways of the country and also in the train between Narita and Tokyo. In Kyoto and Hiroshima we sometimes took the bus, paying either the trips one by one, or buying a daily ticket (in the case of Kyoto), which compensates if we knew we would do more than three trips in the same day. We walked a lot (about 17km per day), but we also took a lot of transports. Still in Hiroshima, Himeji and Narita we had to leave our bags in lockers at the stations, as we were changing Airbnbs. In total we spent 96,5 € in transportation, 13 € of which in lockers.

I divide the food into two camps: 1. meals in restaurants or street food carts and 2. purchases in supermarkets, convenience stores or vending machines.

This point is up to each one. There are many free temples, there are many where it is free to visit the grounds and one only pays to enter the buildings themselves, and there are others that are fully paid. Anyway the prices are affordable, but obviously that if we enter all the temples, in the end the value is still considerable. In total I spent € 20 on entrances to attractions (3 temples in Kyoto, Itskushima temple in Miyajima and Himeji Castle). There were also three temples and two gardens that I had considered paying to enter when planning the trip, but that it was enough for me to see from the outside, in the case of the temples, or in the case of the gardens, they were much more expensive than the information I had and I thought it was not worth it.

This point is even more personal. There are people who take gifts for the whole family, others who do not take anything. Souvenirs in Japan are not very cheap. I had not planned to buy anything and everything I bought were things I saw at the time, I liked them very much and they had an acceptable price. In total I spent only 30 €.

Total: approximately 1400 € for fifteen days, which results in less than 100 € per day, with the flight making 1/3 of the travel costs!

What do you think? Is it more or less than you expected? 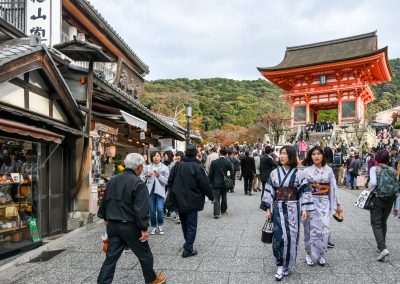 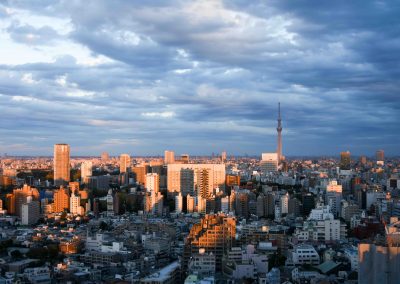 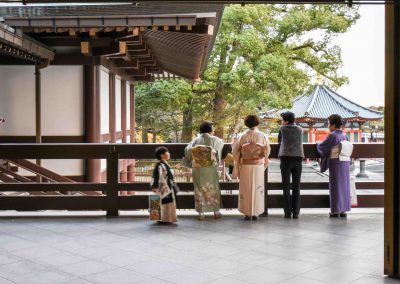 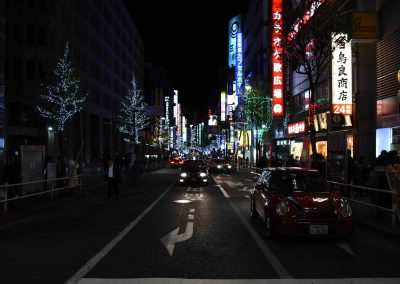