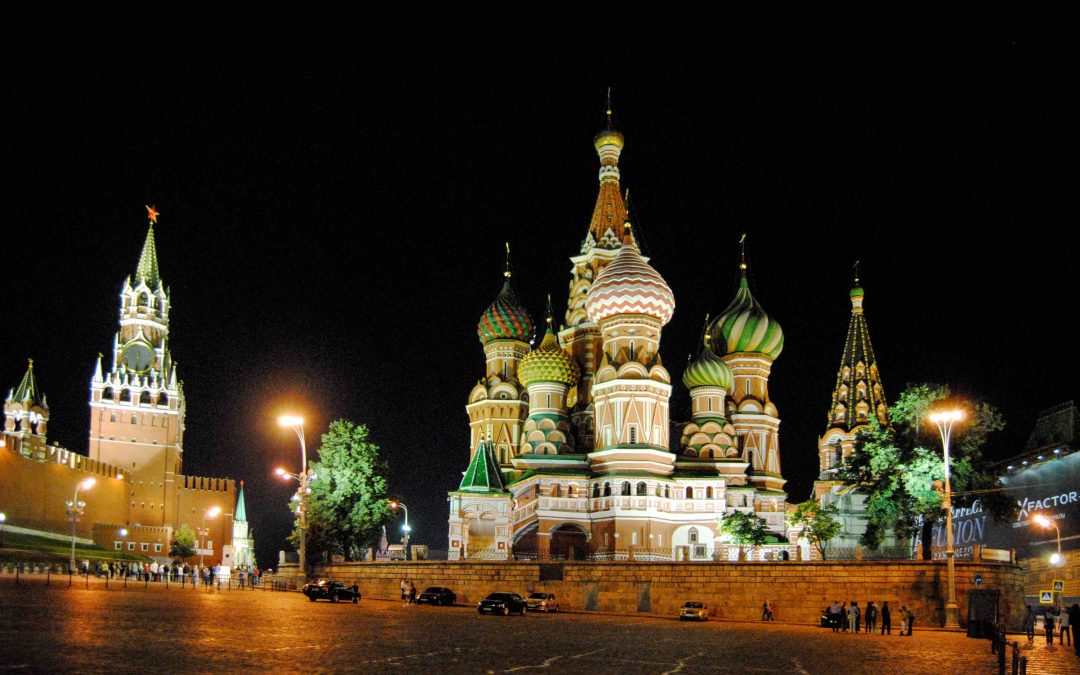 When my sister and I were younger my father used to take us each year to a summer trip. In 2011 we went to Russia, visiting Moscow and Saint Petersburg. A lot of people say that Saint Petersburg is more beautiful than Moscow but I preferred the capital city, maybe because it was sunnier, or just because it is, in fact, more beautiful.
Russia is very different from what we are used to in Europe. It’s true I don’t know many eastern European countries, but the ones I visited (Latvia and Poland) were much different! We went with Viagens Abreu so we had all the trip planned up front. My father chooses a lot of times to travel with them, for four people it may get less expensive, as usually all the meals are already included and you don’t really have to pay extras – just if you want to do an excursion which was not included, but we usually know what it is included or not and decide if we are taking any.
Day 1
The flight was through Paris, as there aren’t direct flights from Lisbon to Moscow. You need a special visa to travel to Russia, which is not that cheap (70 to 105€ per person to the EU citizens), so don’t forget to count with it when you are calculating how much you have to spend with your holidays!
Day 2
The first thing we did was to visit the famous Red Square, where we had the opportunity to see both Kazan and the colorful Saint Basil Cathedral, Lenin Mausoleum, the Historical State Museum, the GUM shopping mall and the walls of the Kremlin. This square is full with tourists, there aren’t that many russians in there. When you travel with Abreu there are always some visits included to souvenir shops or local handcraft businesses. Of course you aren’t forced to buy anything, you just get to know what they produce locally and usually they give you local drinks or sweets, so it is always nice!
During the time we were in Moscow we saw hundreds of people getting married, driving around in big limousines. Our guide explained us that almost all russians get married before they are 25, just because they love the party and that Russia, because of that, is one of the countries with the highest divorce rate. On the afternoon we visited the Kremlin.
After visiting the city within the city I met a russian friend, Nastya, and she took me to a park next to her house, near Kolomenskaya metro station, where I saw some orthodox cerimonies and from there we walked to her house where I had typical russian snacks. I met her in Portugal during the EFIL Volunteer Summer Summit and her sister was actually in exchange in Portugal.
Day 3
The next day we started the tour at the Christ the Saviour Cathedral, considered on of the most beautiful cathedrals in the country, and from there we walked to Arbatskaya (Arbat street), the most commercial street of Moscow.
We had the afternoon free, so Nastya met us again and took me and my family to visit the metro, one of the highlights of Moscow, and as cheap as a metro ticket can be! Inaugurated in May 1935, sovietic symbolo of the industrial and technological power, the Metro was the “Palace of the People”. On its decoration have worked the most talented artists of the period!  If you don’t have a guide, just go in and out on every station, because they are all beautiful and it is amazing to see how they were used as bunkers during the wars.
At night we did an extra tour to see the lights of Moscow. Especially beautifull at the Red Square.
Day 4
On the next day we had the morning free, so we looked for a restaurant to eat “Russian Salad”, which we discovered that in Russia they call it “American Salad”! On the afternoon we took the train to Saint Petersburg (theme for another post)! 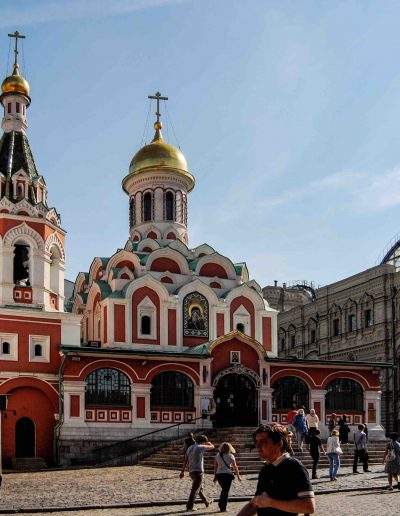 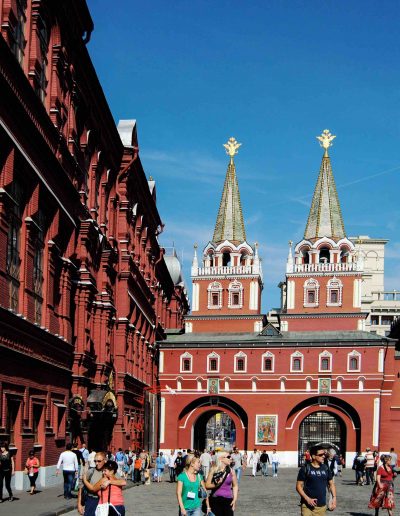 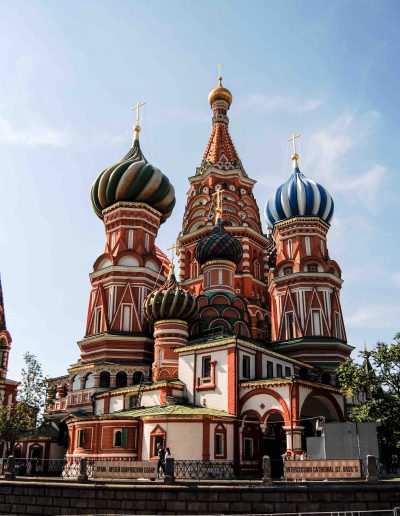 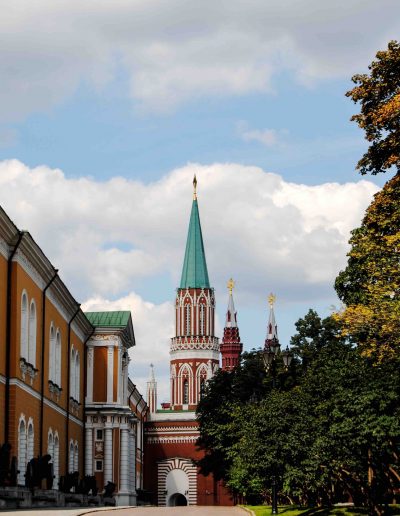 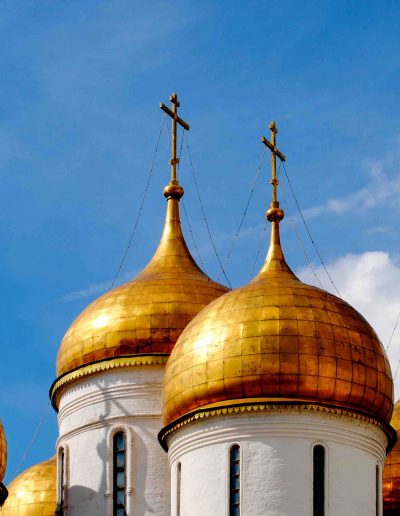 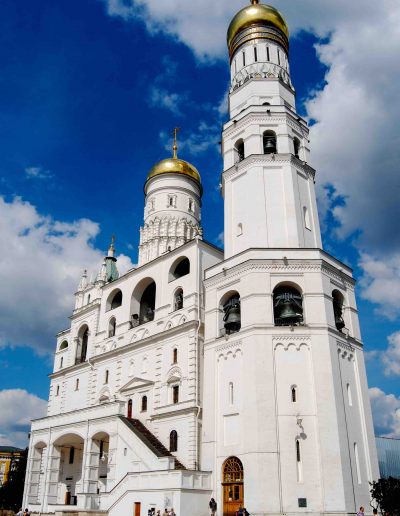 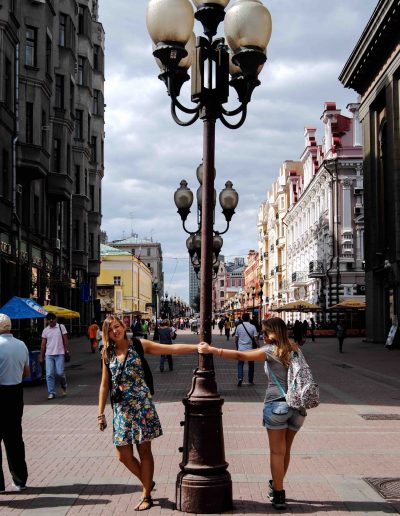 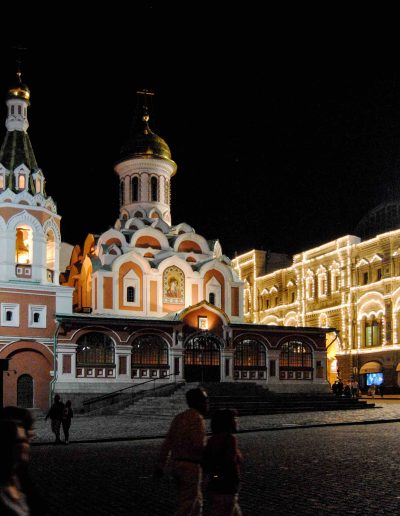 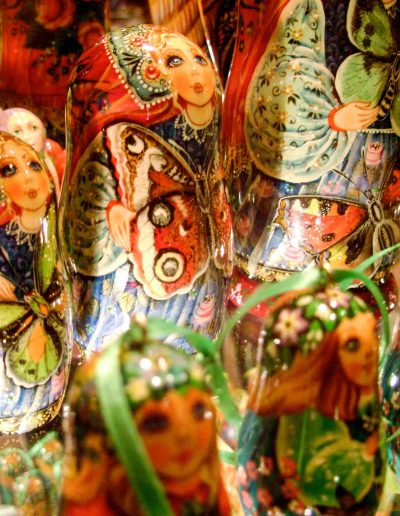 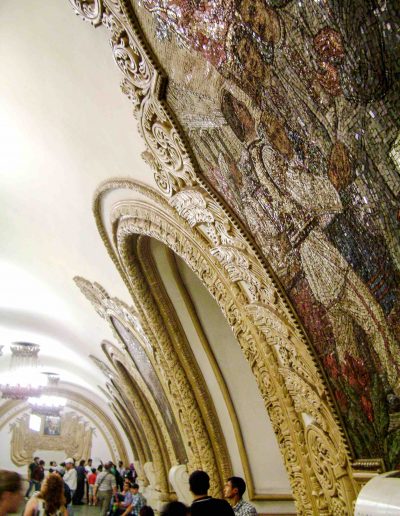 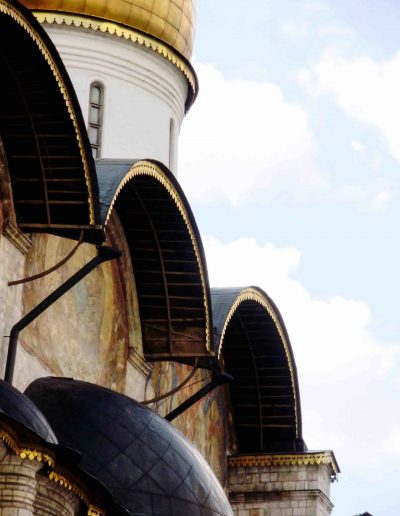 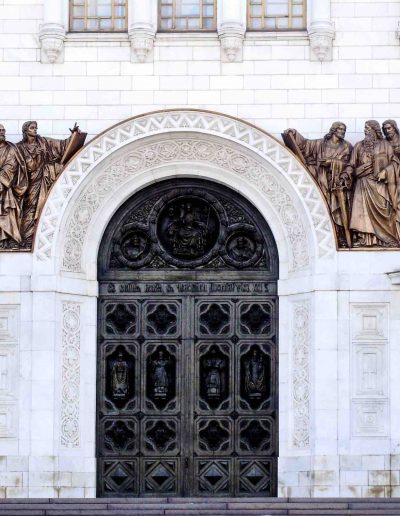 If you liked this post and want to read more about my trips to Russia, you can visit the following posts: 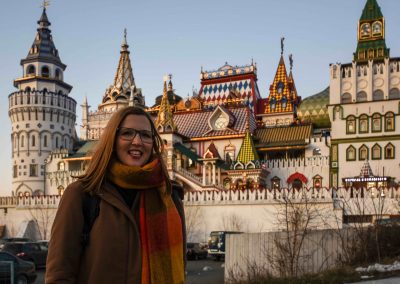 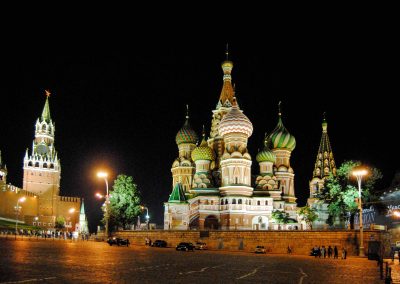