Cambridge by Inês Nunes – Stories from out there #5 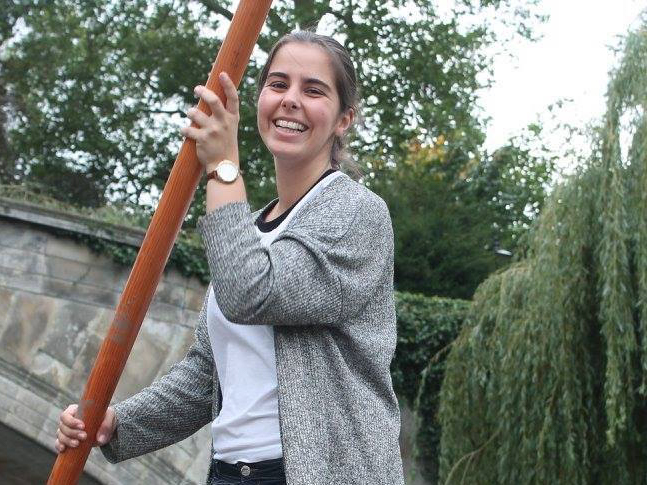 Inês is 24 years old and was in Cambridge a little over a year, between 2015 and 2016, to continue her studies in the field of Arts and to develop her artistic practice in a different, challenging and valuing environment. Meanwhile, she returned to Portugal where, in addition to being an artist, she is a teacher of Plastic Expression. Let’s get to know this city through Inês’s eyes!

What expectations did you have regarding the city and the country before arriving? Is reality similar to these expectations?

I had expectations of finding the same country that welcomed me during my experience with the ERASMUS program in 2013: a place that valued art and artistic creation, which welcomed international students with open arms and promoted integration and acceptance of multiple cultures . As for Cambridge, I had expectations of finding a city with a great focus on history, culture and academic life.

Neither the city nor the country disappointed me, but the reality is always different, not necessarily for the worse. The country continues to be a great reference point in the arts world, but because of recent political and social issues (catapulted by the vote in favor of leaving the European Union), the country has changed. The conditions for international students are no longer the same, the inclusive environment is not the same, etc. It is a very unstable time for the country, so my expectations for its future have also changed.

Its history. It is a complex and interesting city, with many individuals associated with it as well as some funny anedoctes.

I like its high prices the least, especially in the housing department. One of the biggest problems in Cambridge is related to the homelessness rate that has been rising in recent years. For such a student-centered city, there should be greater focus on affordable housing prices.

How would you characterize British people?

Contrary to popular belief, British people are not necessarily the most polite. The best word to describe them is standoffish. They will always greet you, ask how you are doing, but this is not an invitation to hear about our life’s predicaments. There is this whole social demeanor of distancing when we first approach British people. Of course over time they become friendlier, but overcoming this barrier is not as easy as we are used to in southern Europe. But as soon as we get passed this initial barrier, we find people with a great sense of humor, who value the peculiarities of each region of their country, and who are also very proud of the country as a whole and the things they produce, for example their food, music, films. Nonetheless, some of the clichés are completely true: their obsession with tea and with the topic of meteorology, for instance. 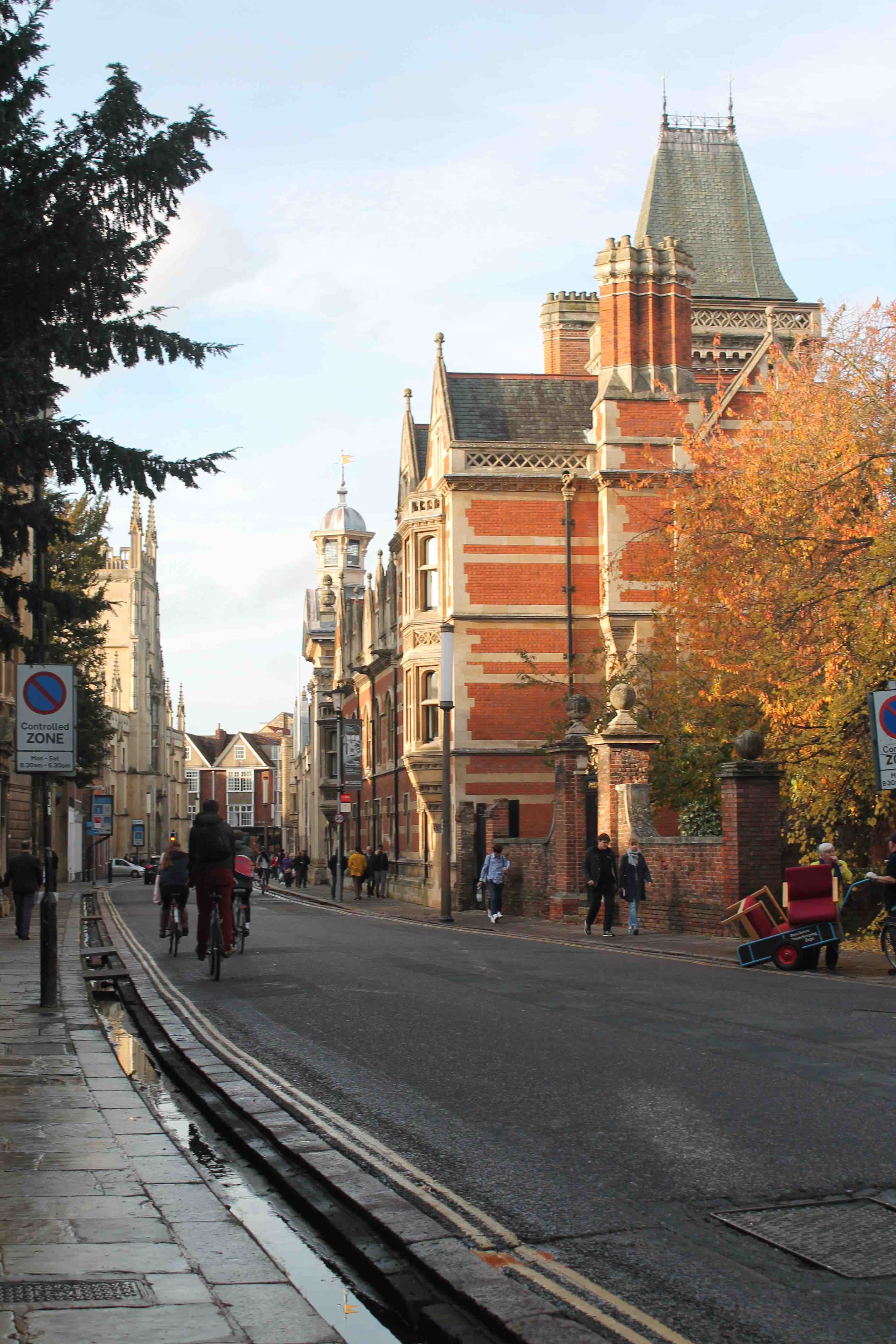 A normal day for me in Cambridge involved different activities throughout the year I was there. I usually woke up early either to go to the library or to a cafe to write my dissertation, to a lecture/seminar/tutorial, to work in the studio, to the gym. During the summer I got a job at a cinema, so the days usually started in one of these places. Regardless, my prefered means of transportation was always cycling, the best way to commute in Cambridge. If I was lucky with my schedule and with the weather, afternoons could be spent strolling downtown, in one of the parks, alongside the river, or drinking beer at a pub garden, usually always accompanied by friends. If the weather was not on my side, I would visit museums, galleries or shops. Later in the evening, there were sometimes quieter nights with movies, pizzas and teas in one of the apartments at the students’ accommodation where I lived; other times there were more lively evenings, dining out, going to bars and nightclubs. Although there was some routine, the activities could diverge greatly from one day to the next. 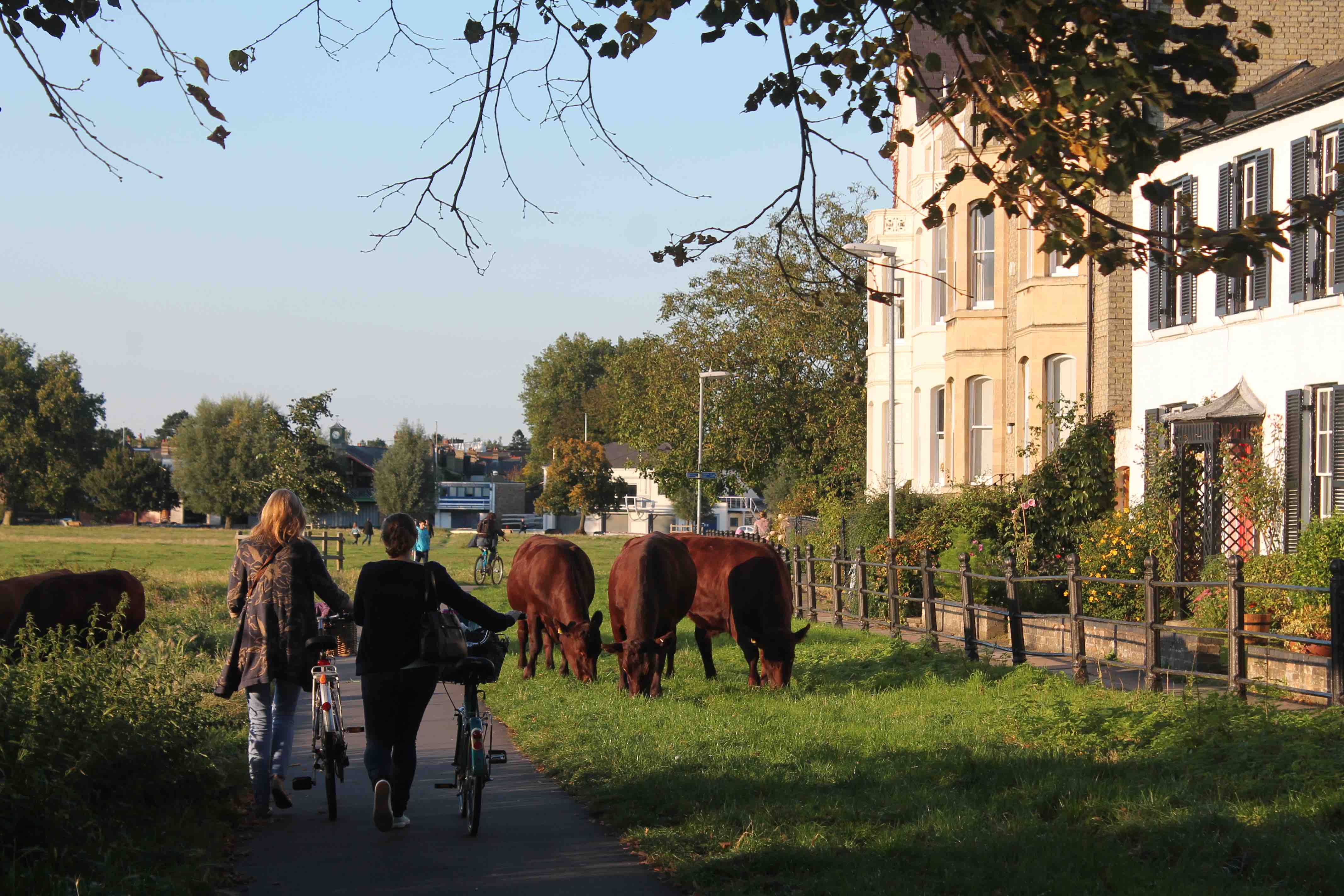 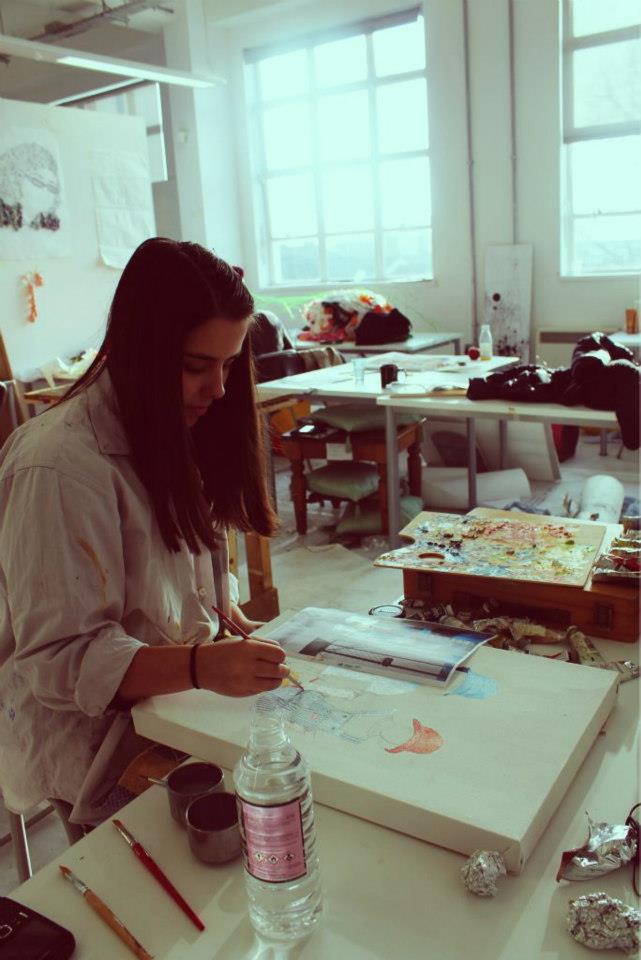 If someone were to visit Cambridge and only had 3 days what would you suggest for them to see?

Cambridge is a relatively small city, so 3 days is more than enough to get a good idea of what the city has to offer. I would recommend visiting King’s Parade, the most historical city of Cambridge, the River Cam and its various bridges (if possible you should try punting, a typical activity in Cambridge), the Fitzwilliam Museum (or other University museums, depending on your interests), Market Square, Great St. Mary’s Church (you can climb to the top to see the city from another perspective), Christ’s Pieces and the Cambridge University Botanic Garden to get a good idea of what the city is all about. However, that should not stop people from getting on a bike and exploring the city in their own way, since there is so much to discover.

And what to eat and where?

To eat, you can not avoid The Eagle, one of the oldest pubs in town where the researchers who discovered the DNA structure often met. It is the perfect place to eat those classic dishes such as fish and chips, bangers and mash or sheperd’s pie with one (or two) pints. In addition to typical British food, what I really enjoy in Cambridge is what it offers in terms of international cuisine, whether its Mexican (Las Iguanas), Indian (The Golden Curry), Greek (The Olive Grove), Italian (Aromi)… The list goes on, the range does not seem to end.

After all this food, I recommend that you stop by Fitzbillies to eat a Chelsea bun for dessert and by Chocolat Chocolat to drink hot chocolate. For those who are missing traditional portuguese pastries, stop by the Old Norfolk Street Bakery. But if this is already too much food for you, I personally think the best coffee shops in town are Espresso Library, Urban Larder and Hot Numbers Coffee (there are two, but I’d recommend the one on Trumpington Street). 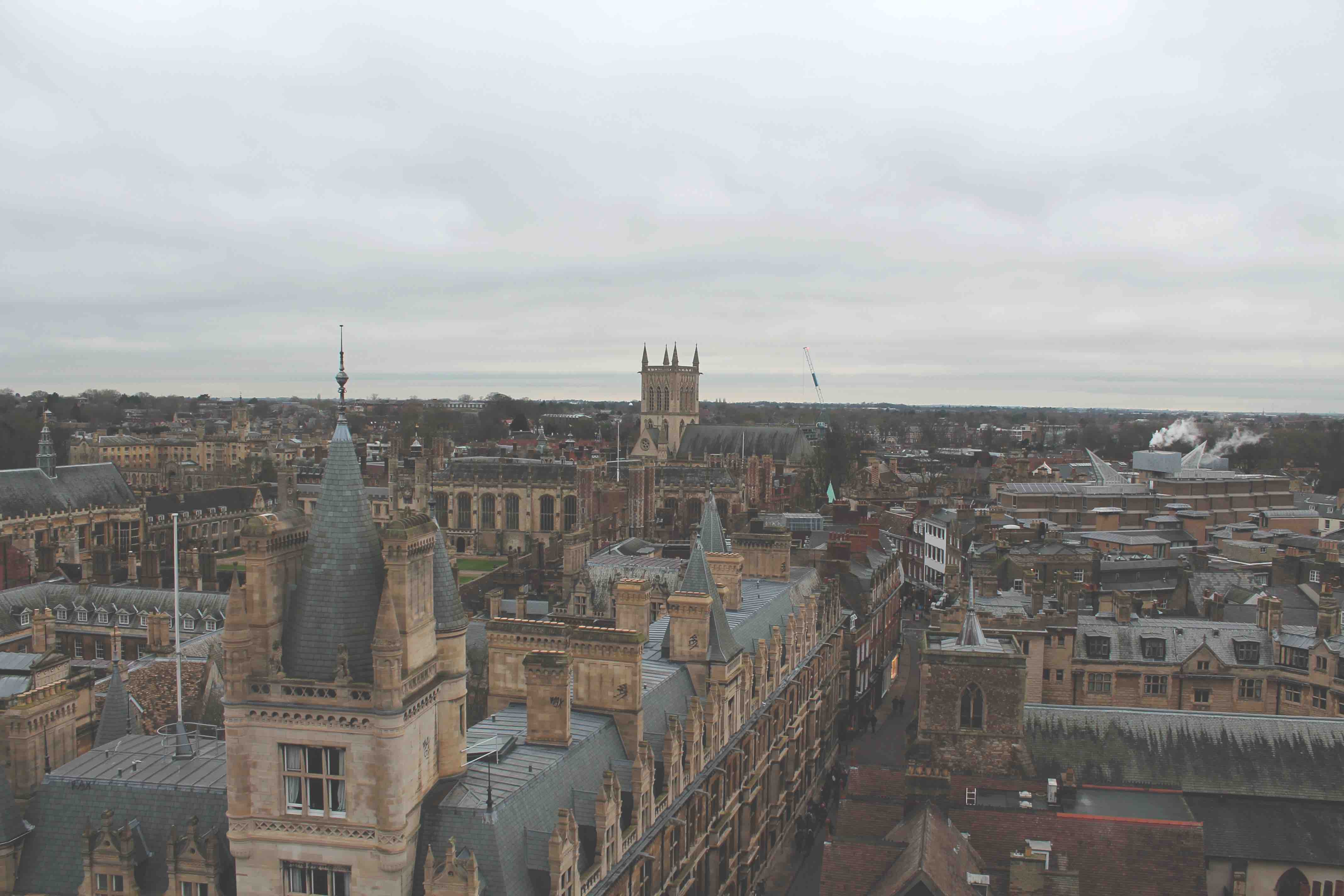 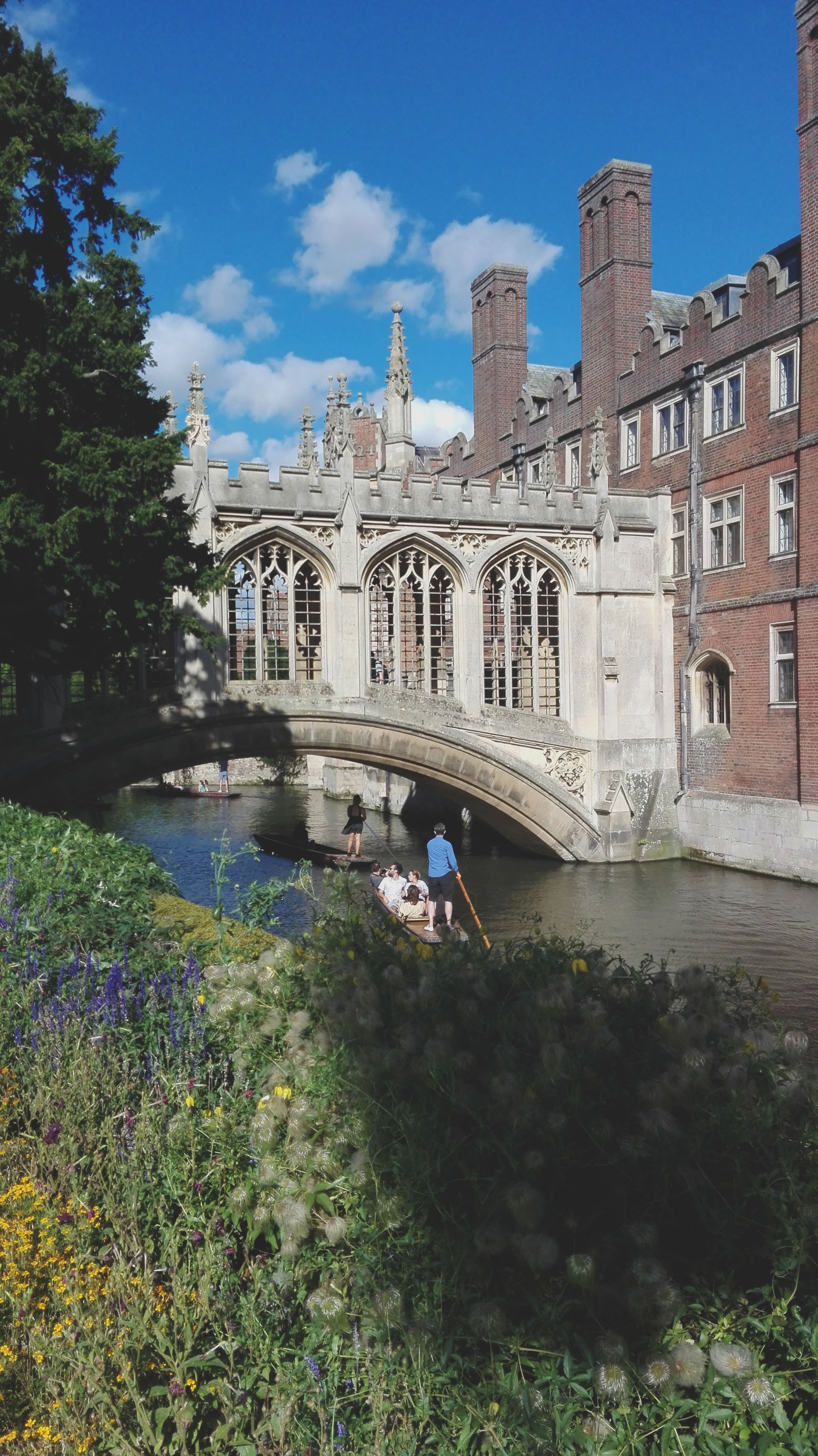 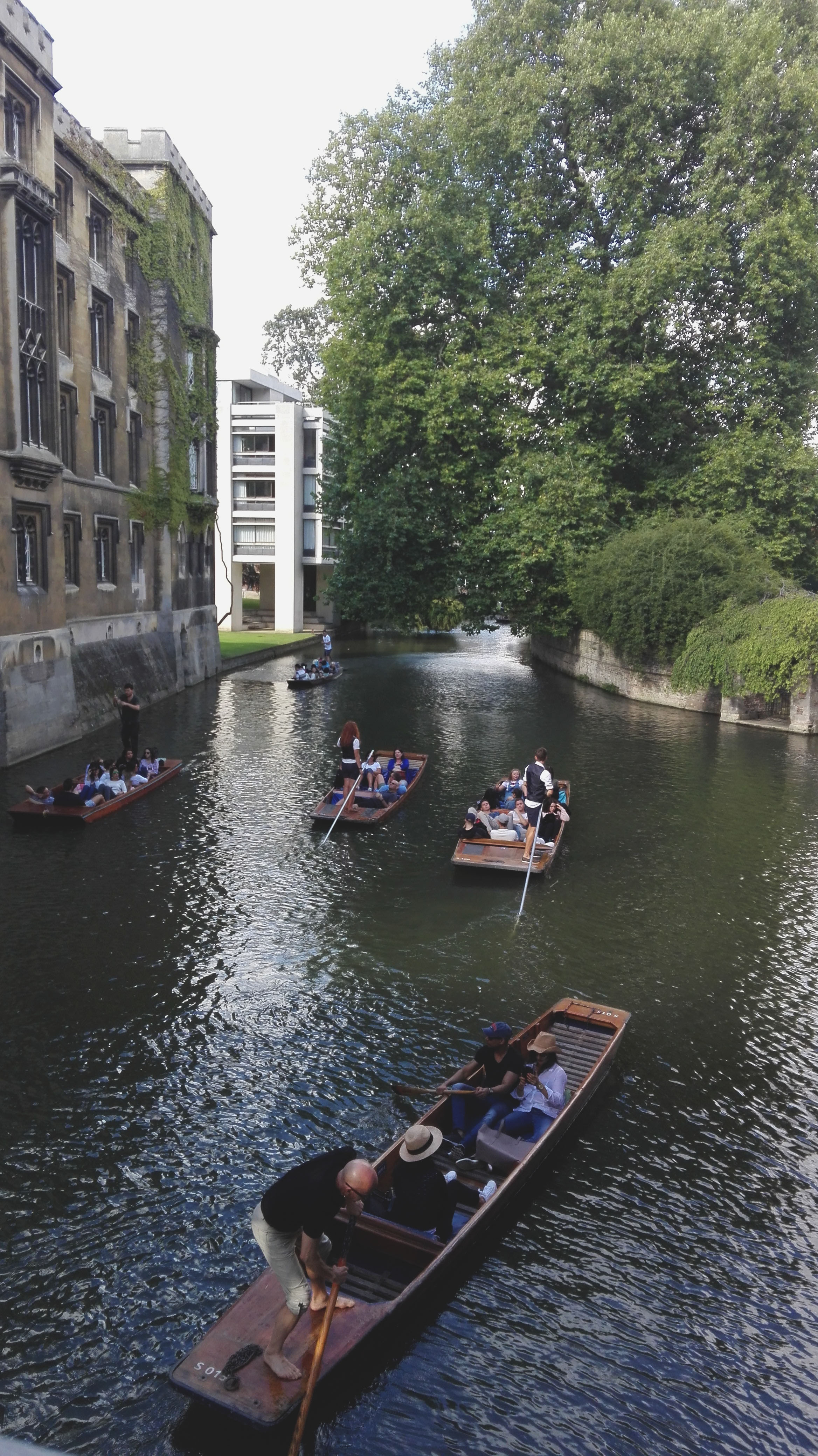 Do you have any tips on how to save money in Cambridge?

It is a difficult task, but not an impossible one. It’s a matter of being alert to free deals and events that are coming up. For example, if you like sushi, but find it very expensive, sushi chain itsu sells half priced sushi boxes every day 30 minutes before closing (though you’ve got to be there about 15 minutes beforehand to pick up the best box possible). Almost all pubs and bars have happy hours, which allows you to always save some money with “buy one, get two” deals. If you want to go to the cinema, make friends with the staff at Light Cinema Cambridge who are entitled to free tickets for them and a friend who accompanies them to a session. And depending on the time of year you visit the city, there are several free or inexpensive events that are worth visiting. Some examples of my favorites are Bonfire Night (or Guy Fawkes Night), Art Language Location (an art festival I collaborated with), the Midsummer Fair and the Mill Road Winter Fair. And never forget your student card which gives you so many discounts, whether it’s at museums, restaurants or clothing stores!

What is the biggest tourist trap in town?

It’s hard for me to say this, because I actually spent money here and thought it was worth it, but visiting Cambridge’s main colleges costs some money and they are always filled with tourists. To avoid this, you can visit some of the less popular colleges that are equally beautiful and that allow you to find out more about the university. The bonus is that some have privileged views of the most “famous” college campuses. Personally I would advise visiting Downing College, Christ’s College and St. John’s College (free for Cambridge residents).

In which areas of the city should we look for lodging and why?

Again, the city’s high prices are difficult to avoid. To save money and stay near the center, I advise a guest house or a less crowded b&b that is not in the historic area. I find anything near the train station to be a practical option.

What are the best places to go out at night?

A typical night out will always start at home. British people take pre-drinks very seriously, so if a friend invites you to a pre-drinking party you should never go empty handed. Always take some alcohol, preferably to share. Then, if you’re looking for a proper nightclub, Revolution, Lola Lo and The Regal Wetherspoon are great. If you’re feeling less like dancing and more like hanging out and talking with friends, personally I like pubs and bars like The Tram Depot, The Cambridge Blue,  The Maypole or Prince Regent.

What is your favorite place (neighborhood, building, cafe, bookstore …) or favorite activity?

My favorite place is the path that goes along the river Cam where I used to ride my bike (my favorite activity in Cambridge). 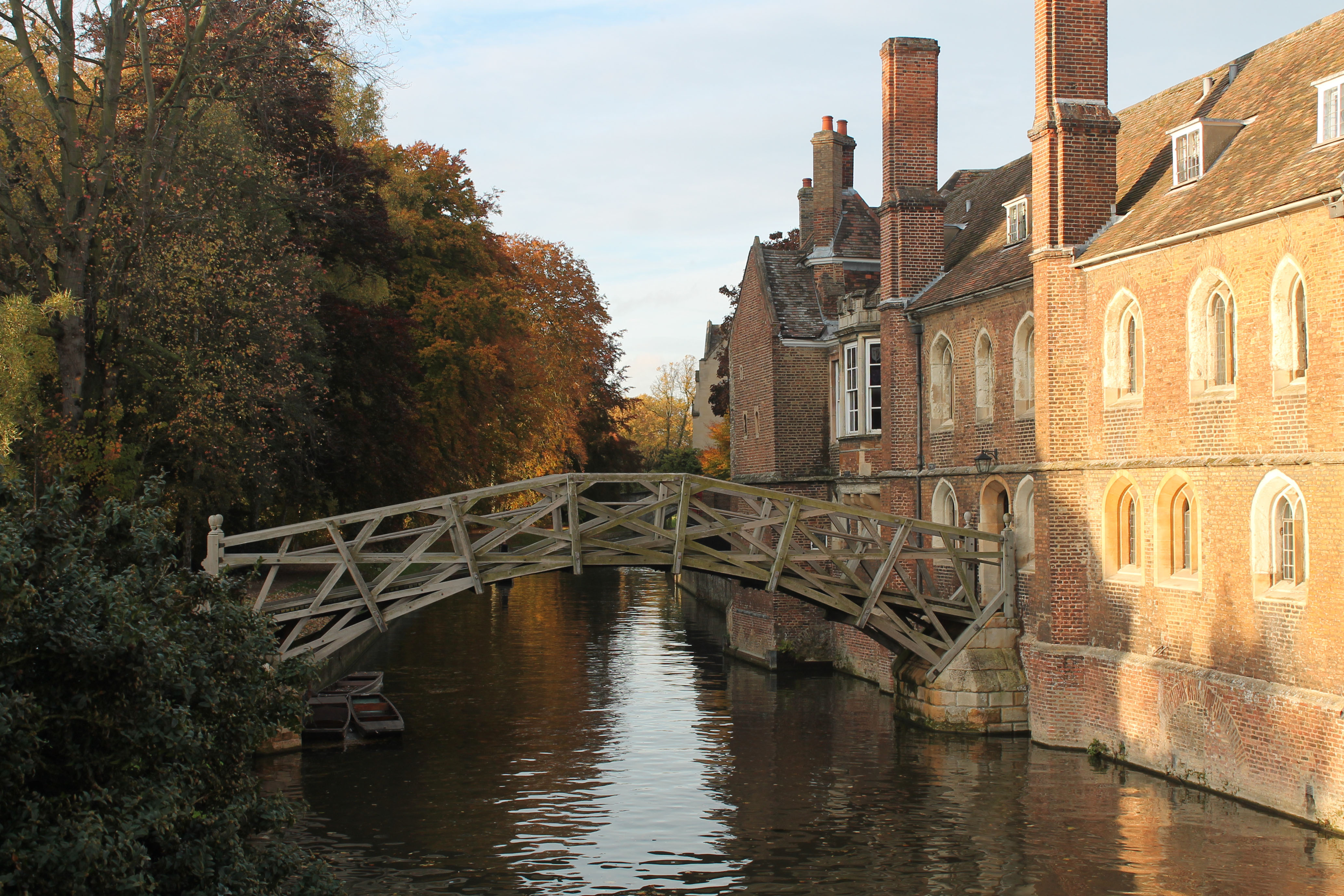 What would you say if someone asked, “You can’t leave Cambridge without …?”

A good story to tell. Whether it’s the many curious stories and anedoctes associated with the city or the memories we build in this city, Cambridge is a site made up of stories and you do not leave a place like this without good stories to tell. If you are looking for something physical to remember about your trip, then you can not leave Cambridge without your favourite Cambridge University scarf/hoodie.

Thank you Inês, for your amazing testimony and great tips that made me want to go and visit Cambridge! To follow Inês’s work you can see here her artistic portfolio! 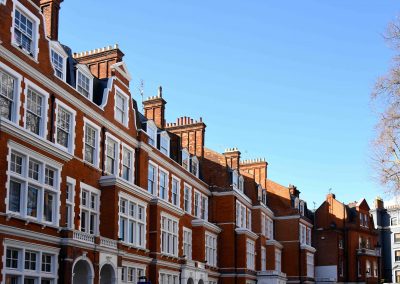