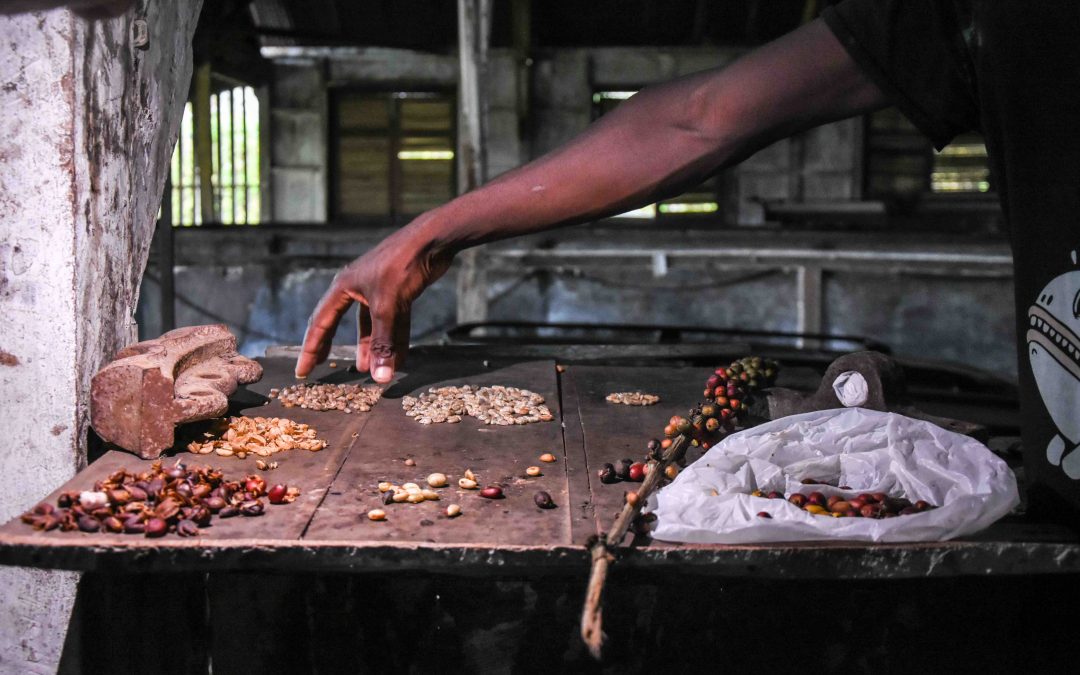 On the second day of our layover in São Tomé we woke up with an authentic tropical storm! Winds that seemed to have the strength to pluck palm trees and a rain so strong that it did not let us see beyond half a dozen meters. Still we left the hotel because we had plans to go to Monte Café, a Roça about an hour from the city of São Tomé, towards the center of the island and the mountains. When we got there it was still raining a little so we decided to wait a bit, next to another car with more tourists in the same situation. After a short time some of the people who live in the Roça invited us to put the cars inside the old buildings of the factory to begin from there a guided tour in which it was explained the layout of the buildings, the various plantations – coffee and cocoa – the processes of each of the plants from the raw material to the product for sale and exportation and the history of Roça after being abandoned by the colonizers. In spite of low light, these are the images that I captured:
. 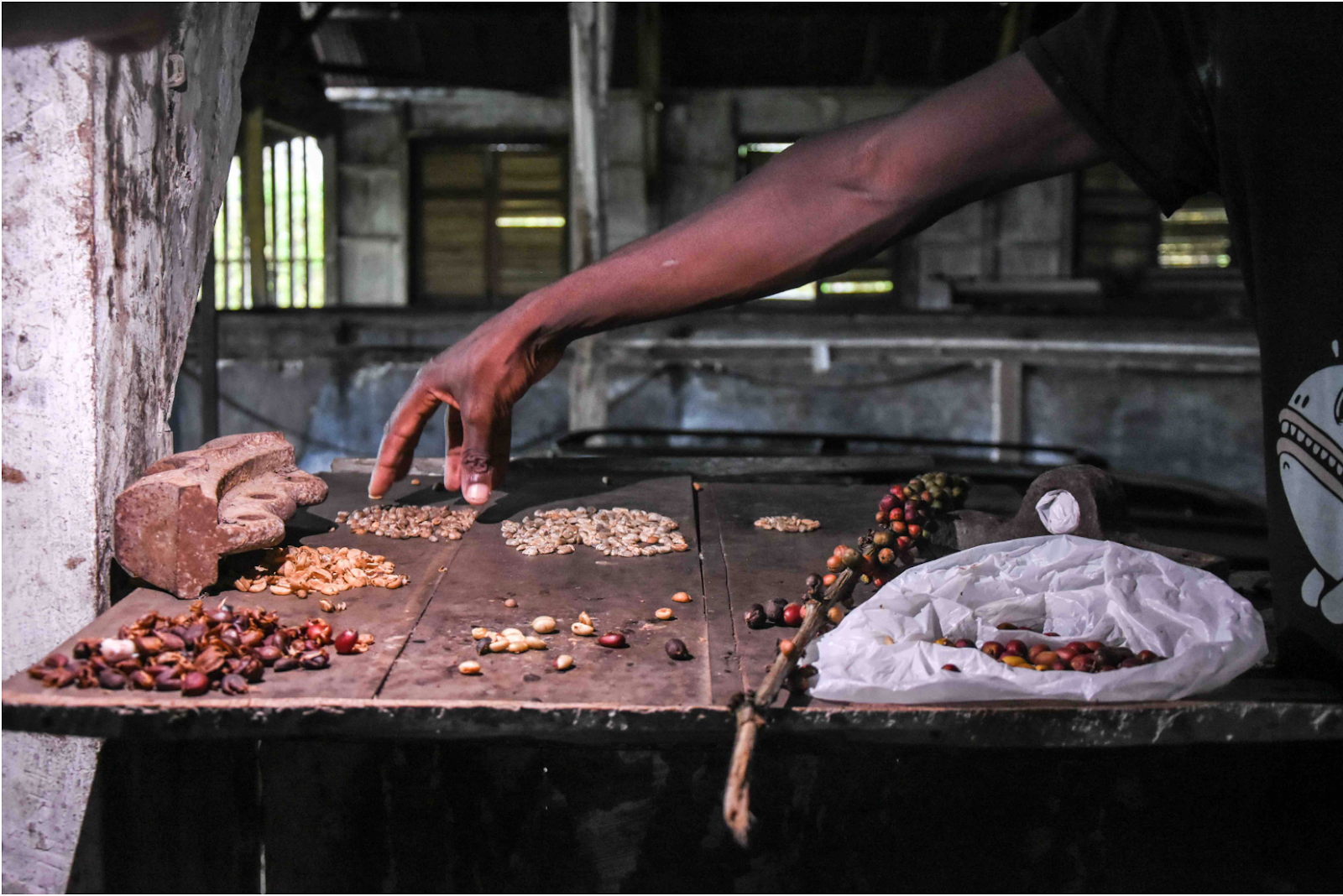 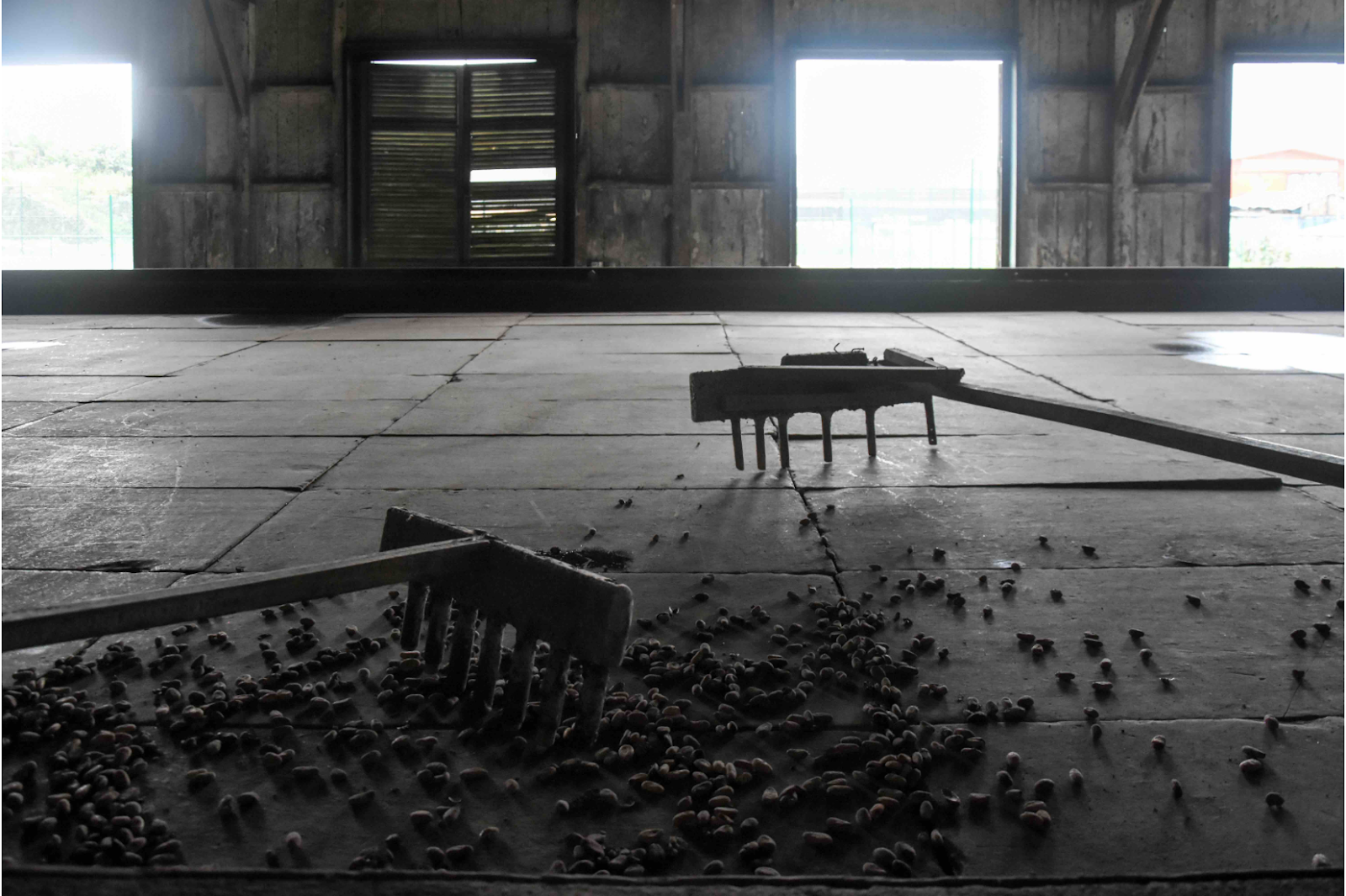 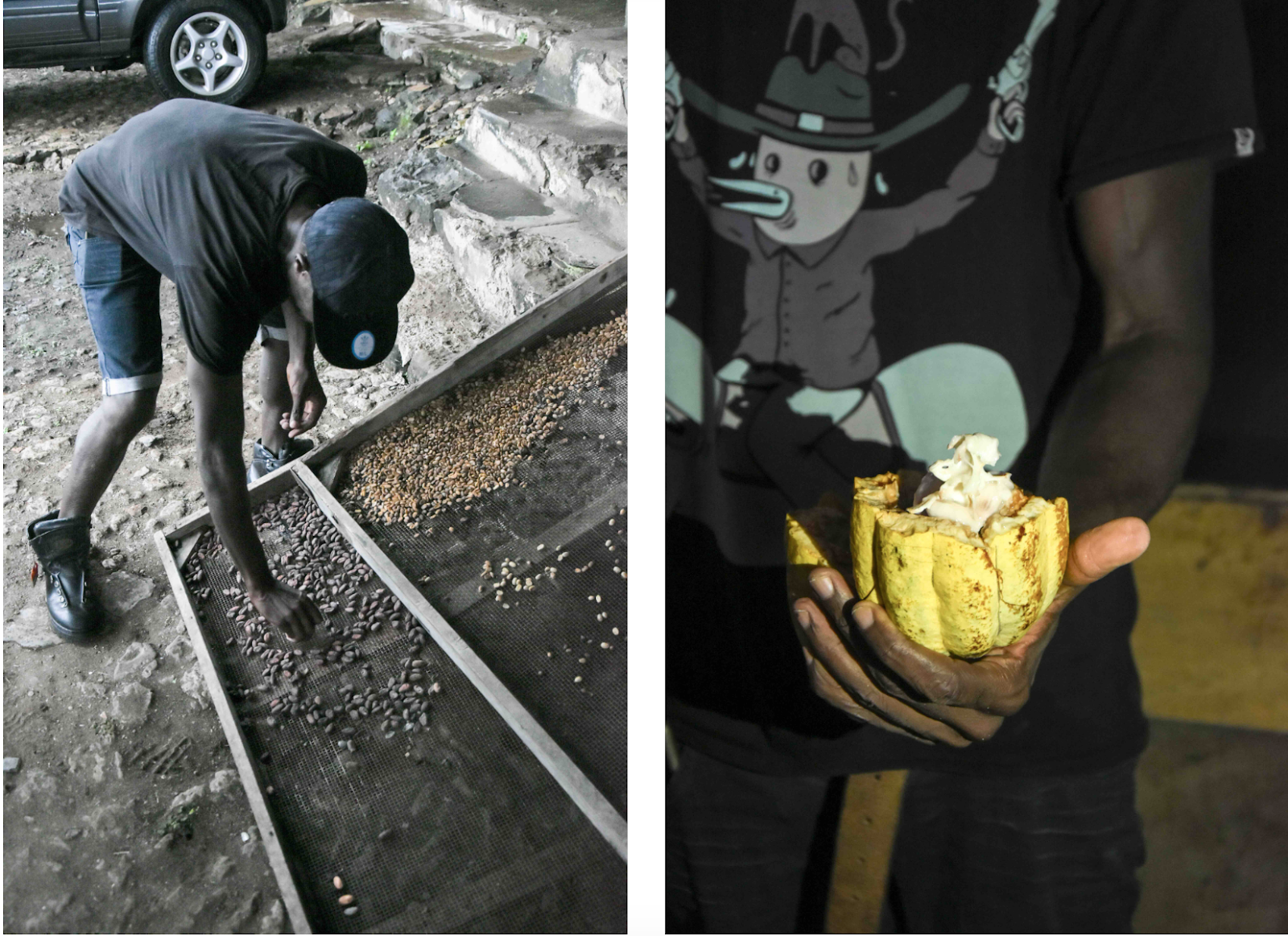 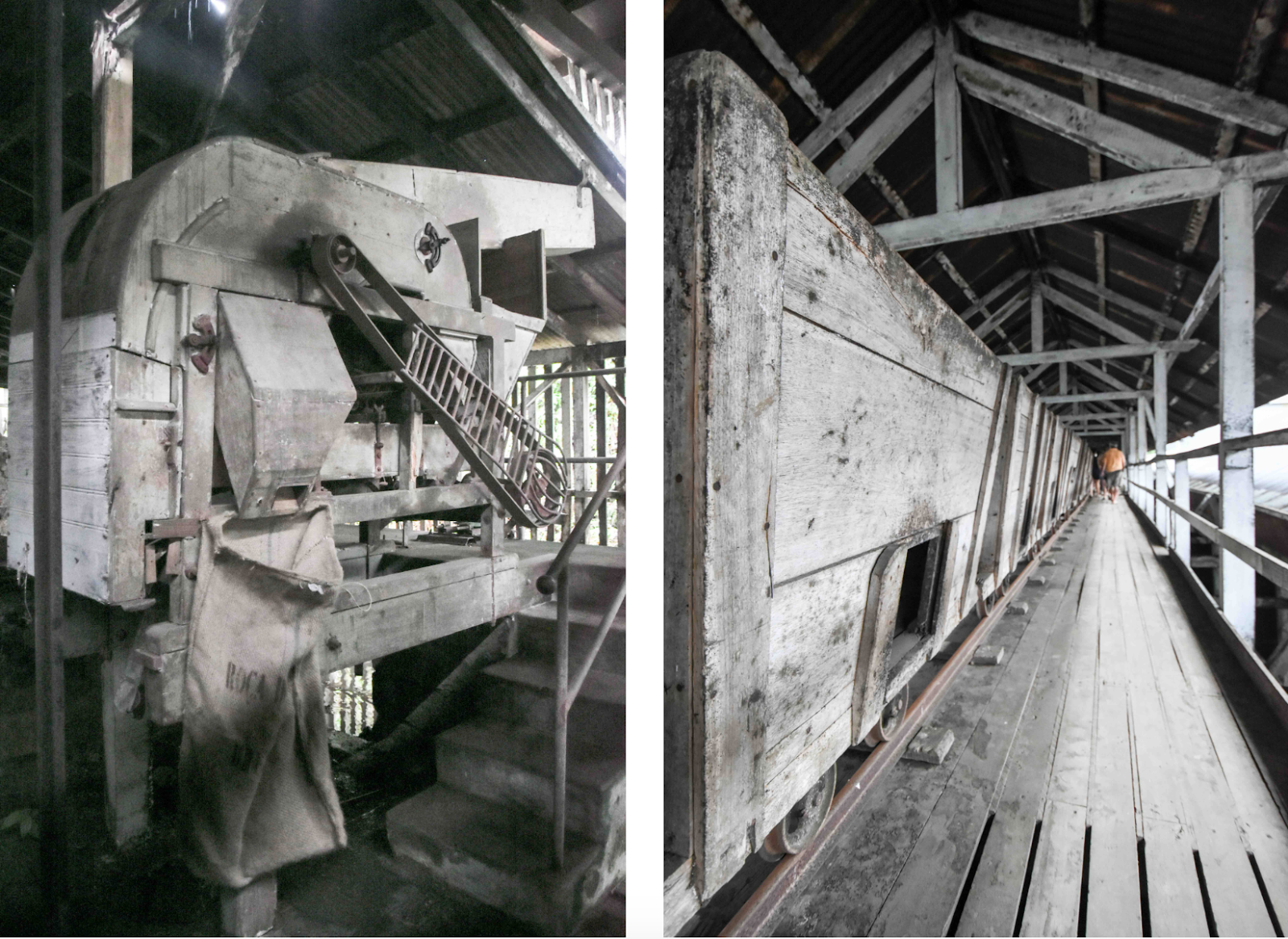 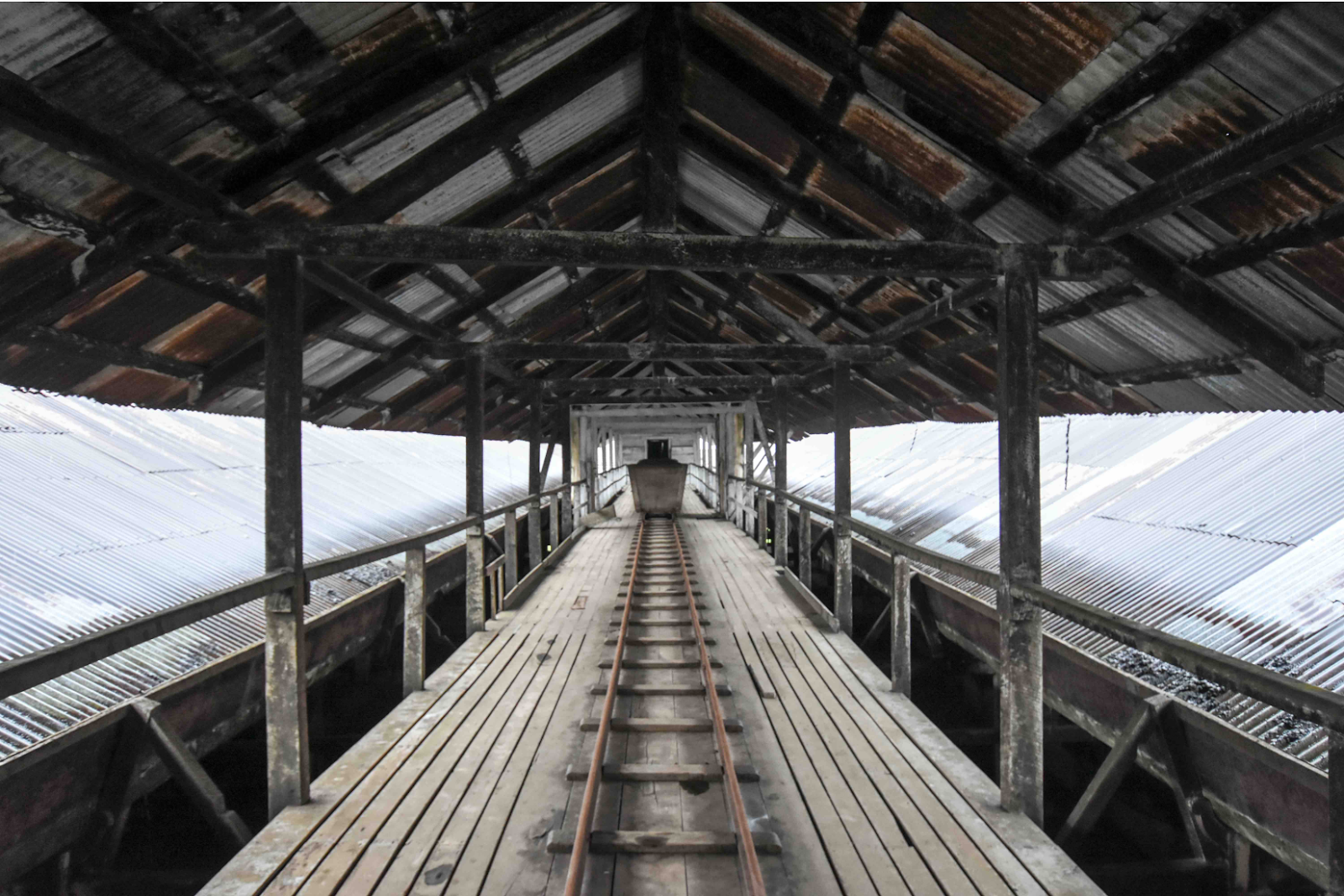 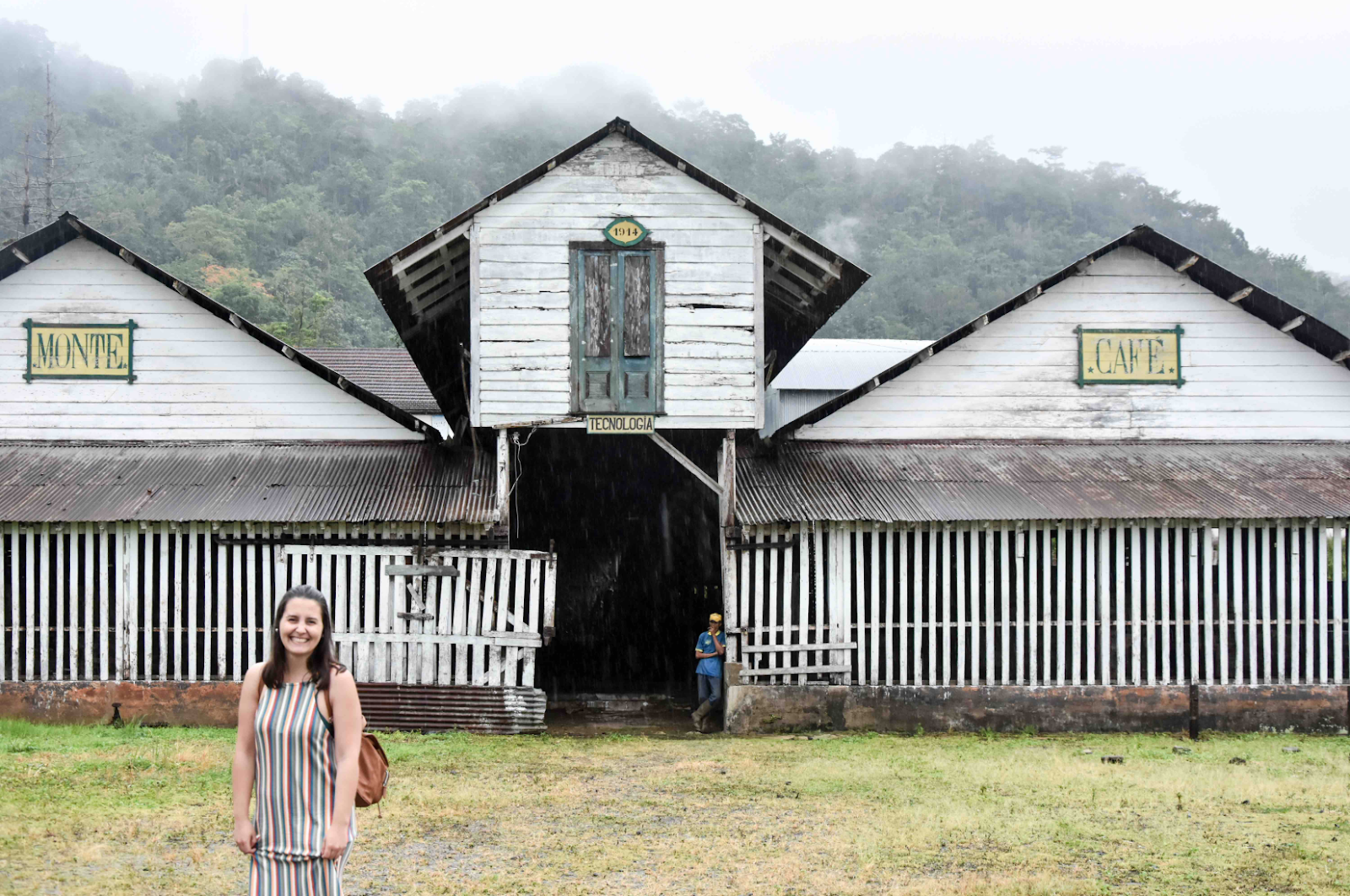 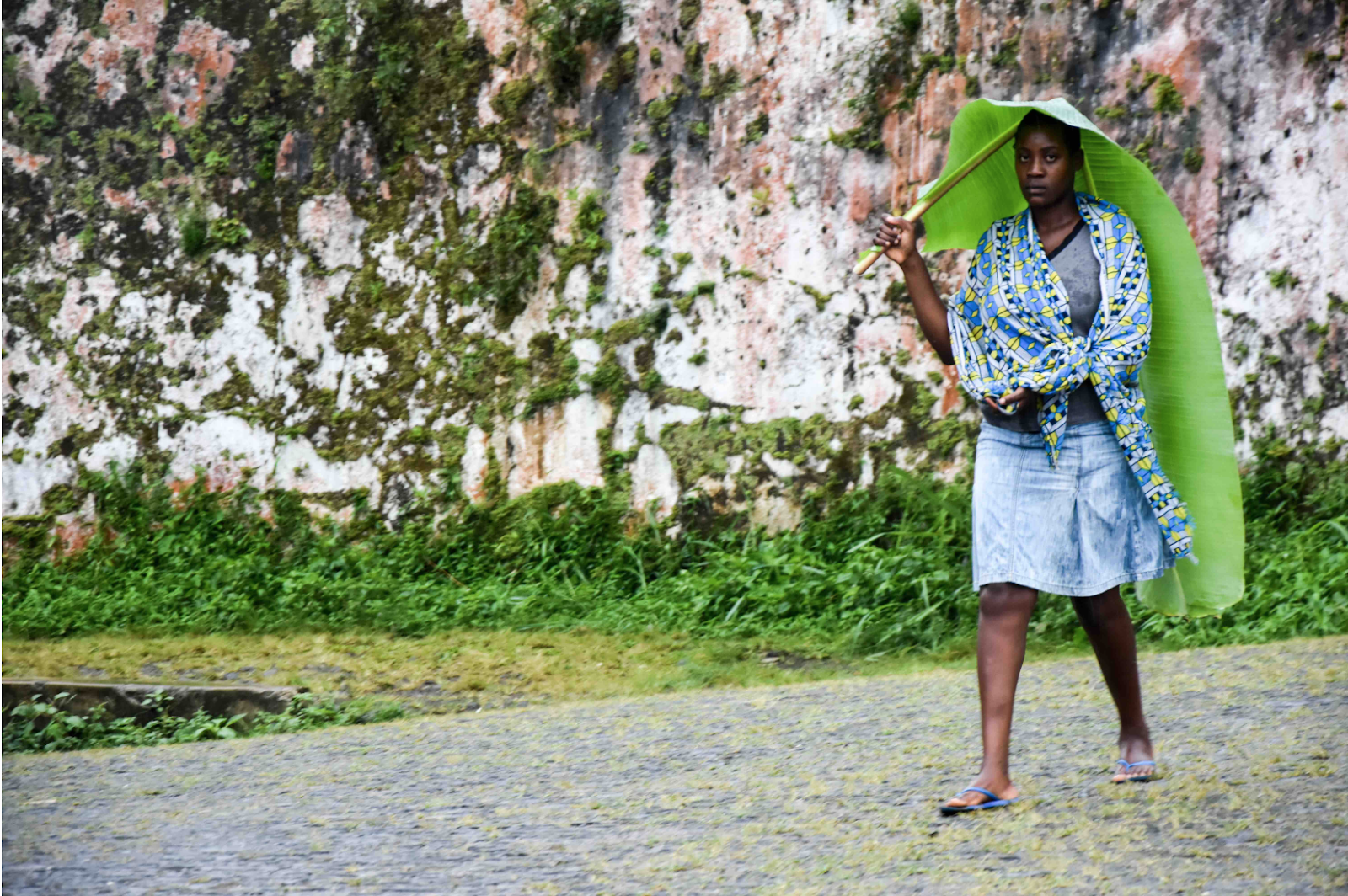 .
At the end of the visit they offered us several different coffees, or tea, for those who do not enjoy coffee (like me!). The visit has a cost of € 3.
After the visit to Roça Monte Café we went to the Cascada de São Nicolau. Last time I visited the Cascata da Praia Pesqueira, which is much nicer – maybe it helped the fact that it was not raining and we even went for a swim. After the photograph at the waterfall we saw some indications for the botanical garden and we decided to follow them, thinking it was very close … With not much gas we went up and up and up and we never got back … until 3.5km later we finally reach the Garden, not interesting enough for the detour.
. 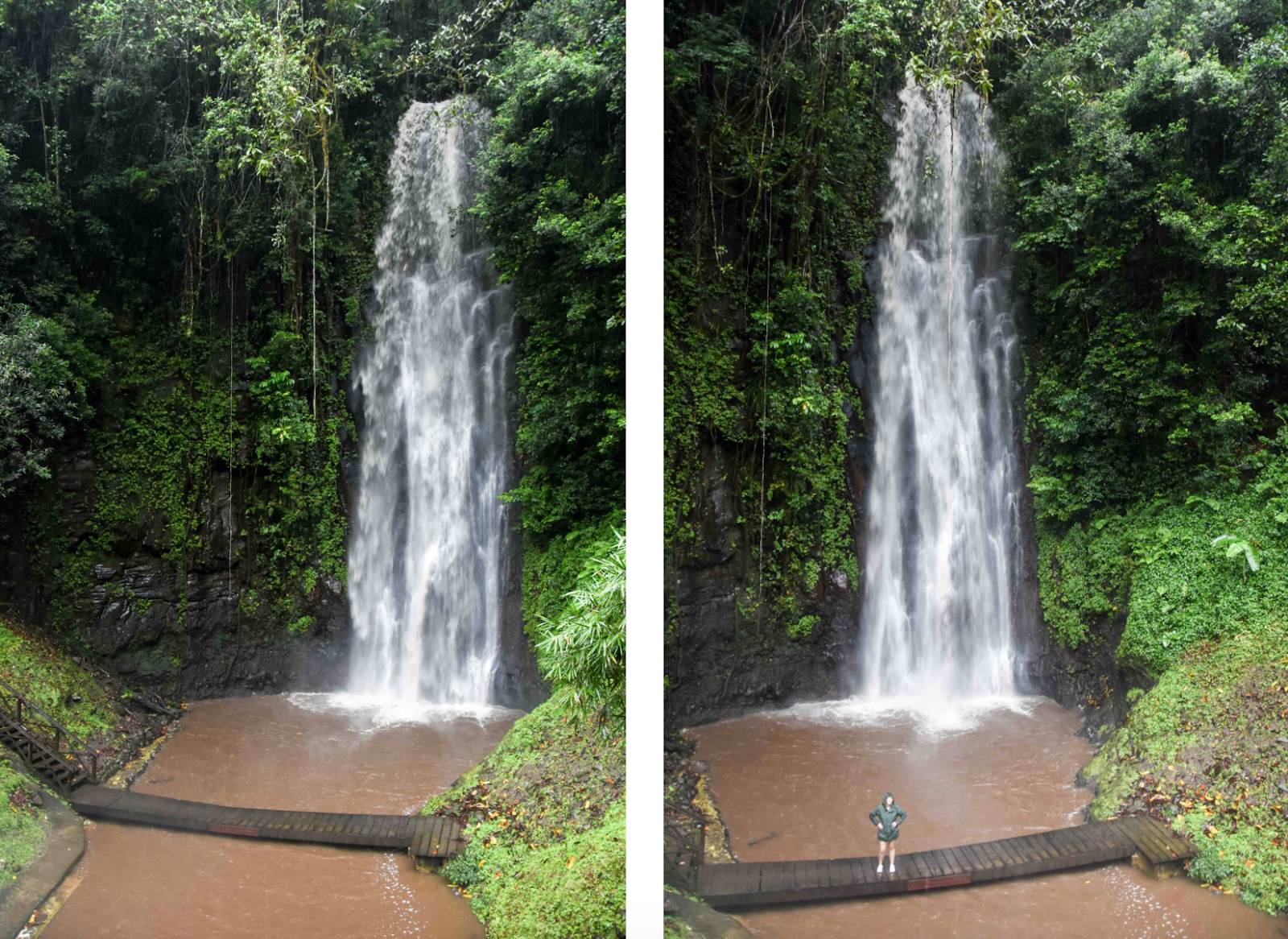 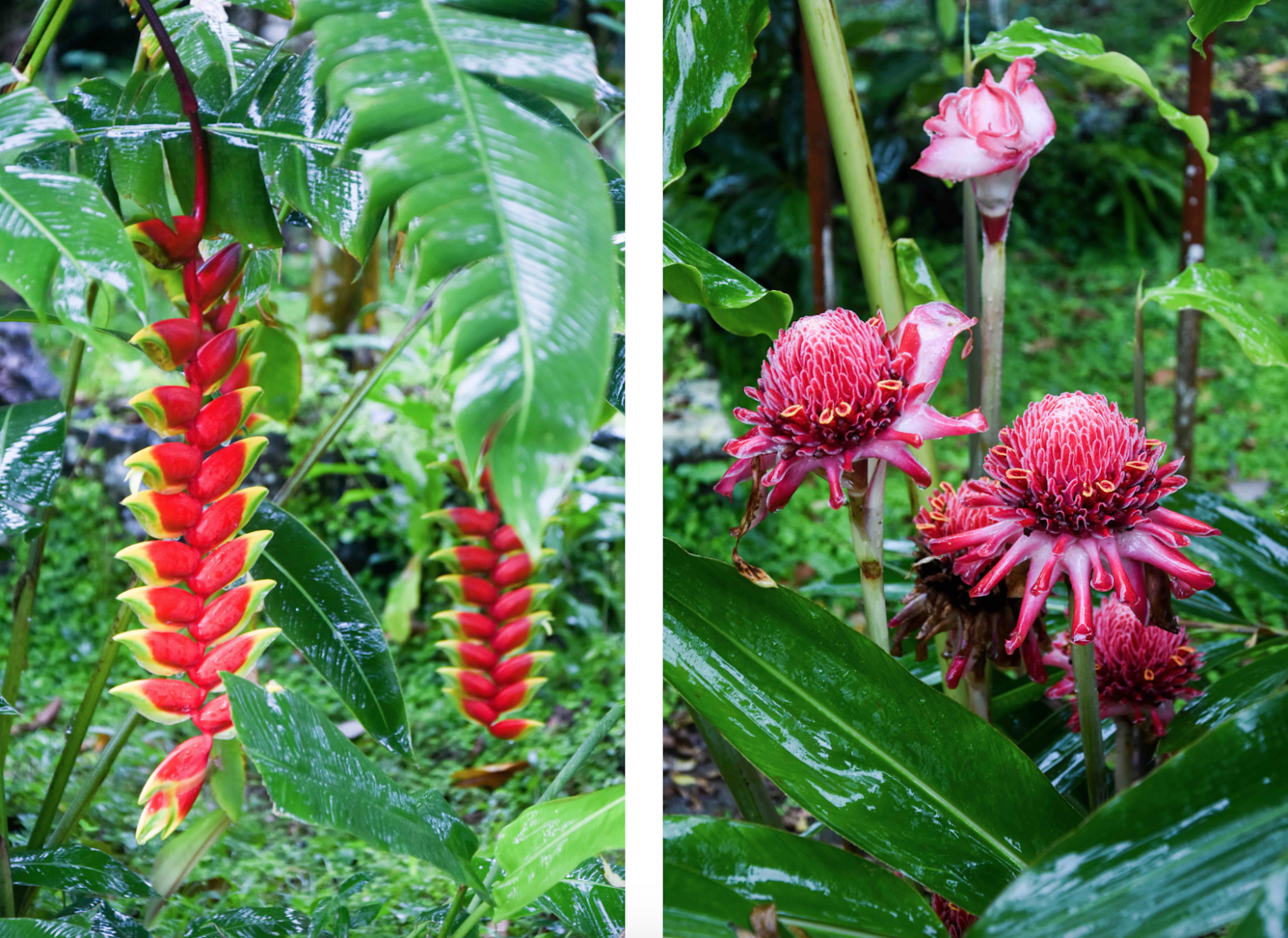 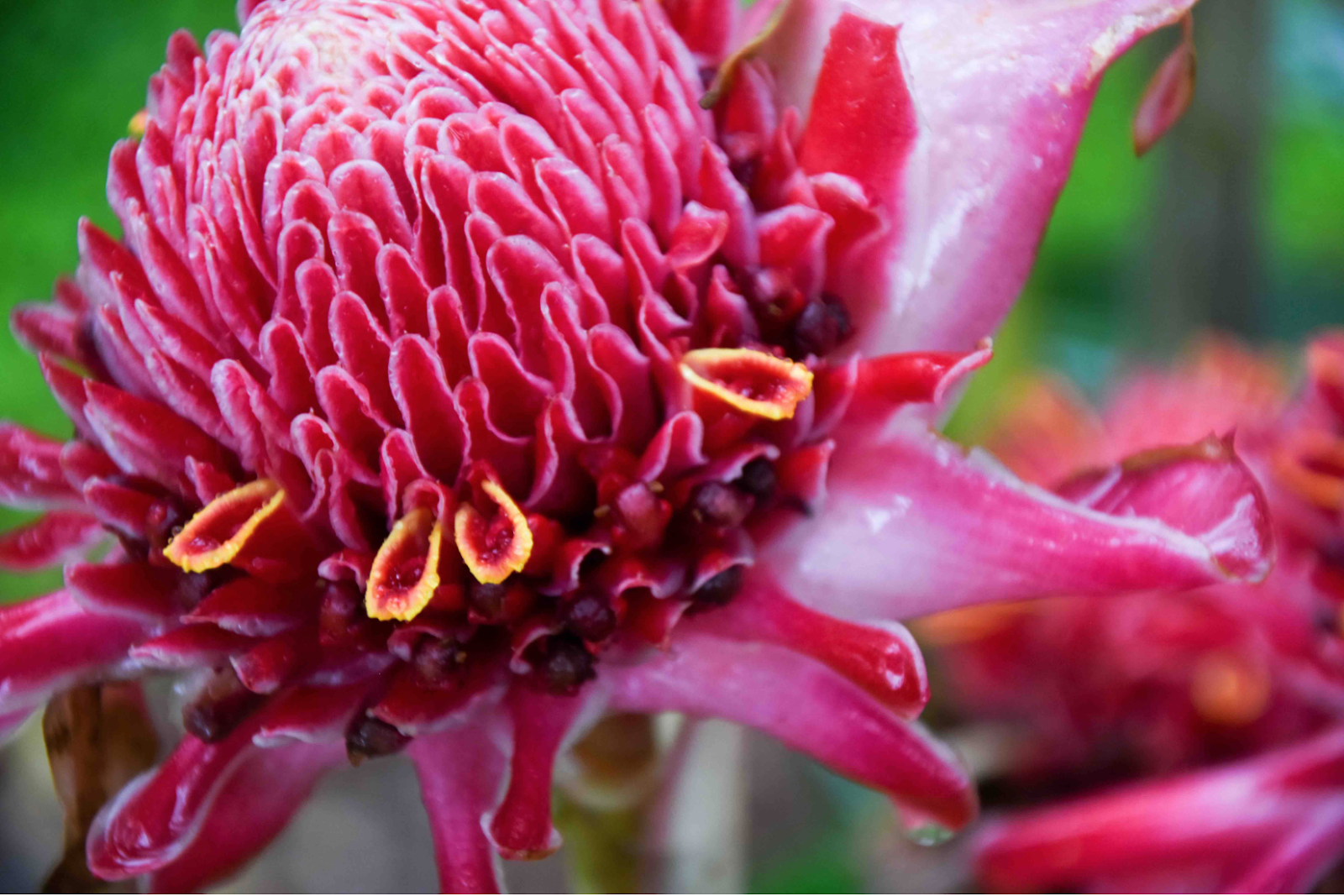 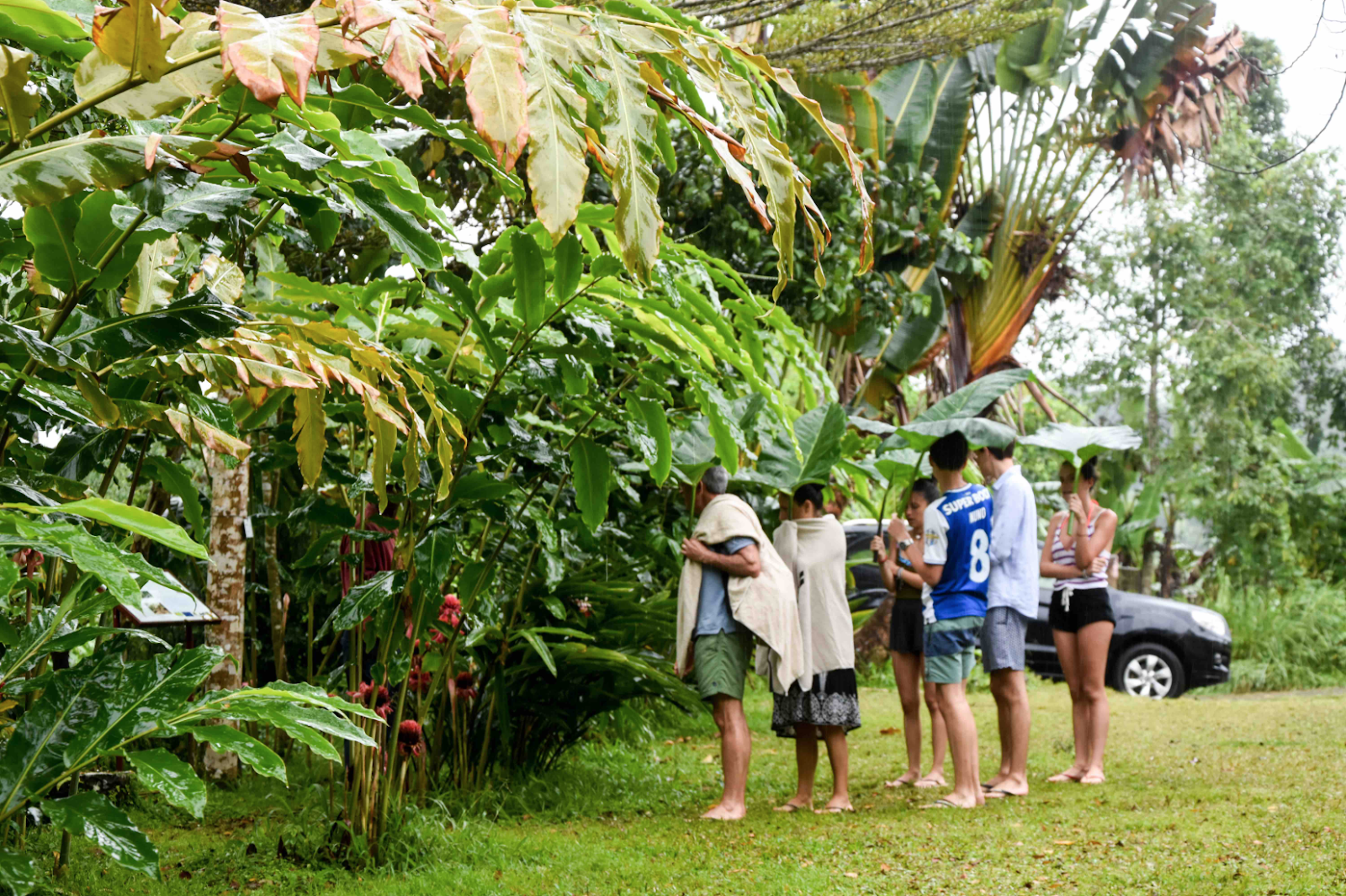 .
After appreciating the local umbrellas and flora we started going back down towards São Tomé and with the urgent goal of fuelling up the car as quickly as possible. When we got to the city of Trindade, we were amazed, we could not put gas because there was no electricity xD We risked and continued to the capital, where there was no longer the same problem! The rest of the day was spent resting as what was expecting me in the evening was a very long night flight! 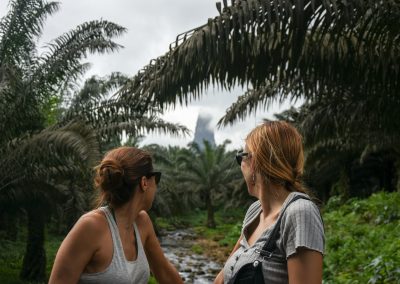