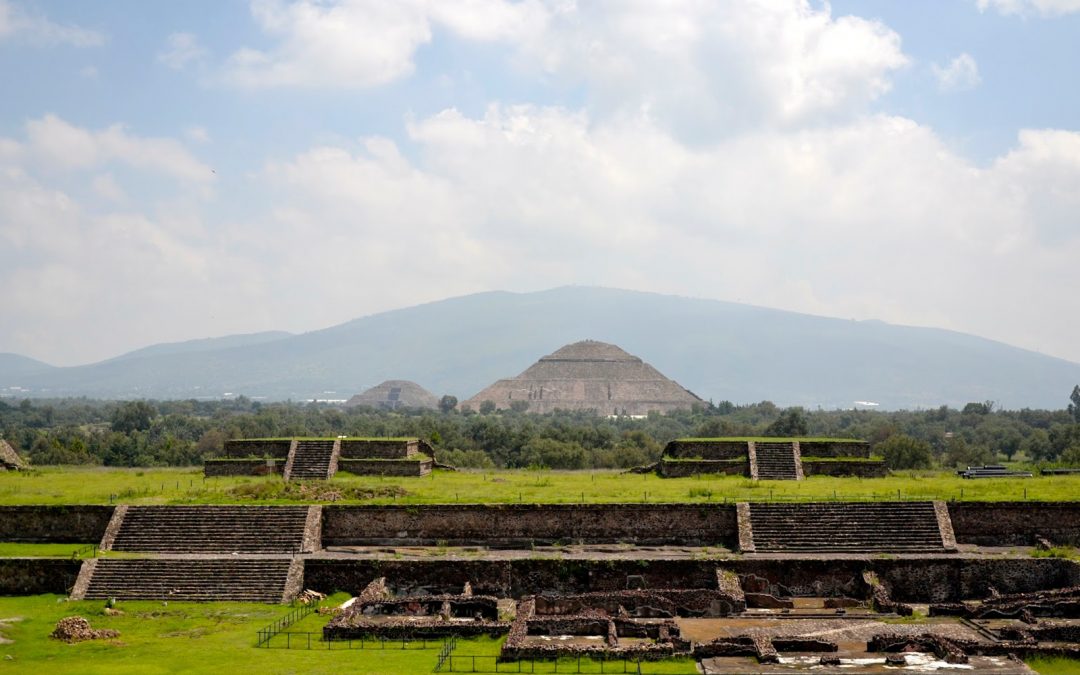 Five years ago I lived in Mexico for seven months, more precisely in Mérida, Yucatán. When my classes ended I went on a trip of about 3 weeks in southern Mexico and Guatemala, with José, my friend and Art History student, which culminated in Mexico City. One of the must-see things near Mexico City is the great and ancient city of Teotihuacan, the largest city in pre-Columbian Mesoamerica that began to be built in 100 BC and lasted until the 7th century.

A week ago I arrived in Mexico and this time I brought my sister, who had never been here, so I had to take her to this place. It is interesting to note that the first time I went, in June 2015, the area was much greener and had far fewer people than this time, on a holiday in March 2020, in the middle of the coronavirus outbreak. I didn’t climb the whole pyramid of the Sun, the highest in Mexico, because I thought there were too many people, imagine! This time I didn’t see the entire archaeological complex as the first time, as we got hungry, thus leaving aside the pyramid of the Moon and its surroundings with the Quetzalpapalotl palace and the site museum.

I recommend that you go with time, bring a hat, water and sunscreen and good shoes for walking because the entire length of the archaeological complex is over 2 km, along Avenida de los Muertos. Climb all the pyramids you can and if you have the opportunity, hire one of the guides at the door. 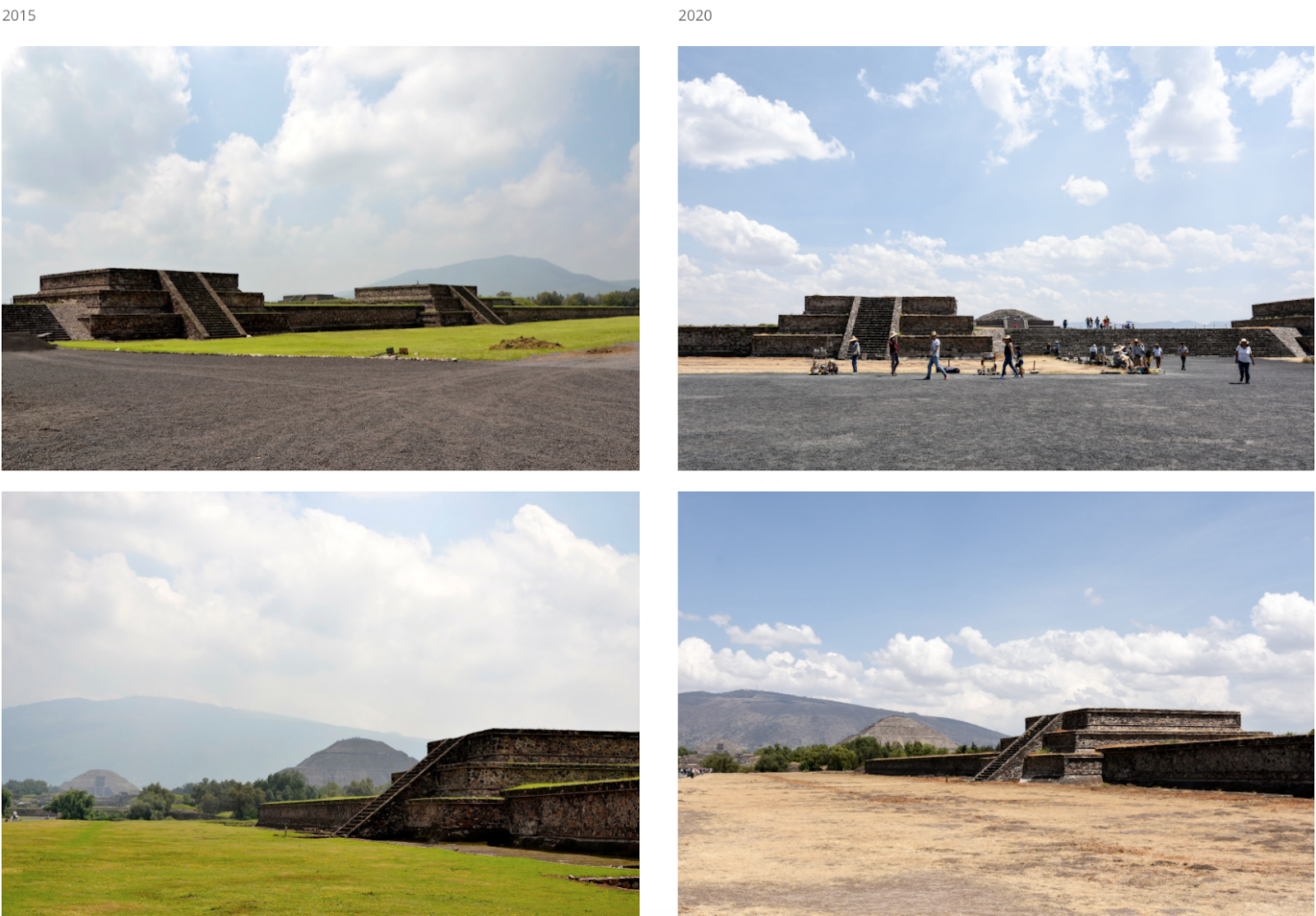 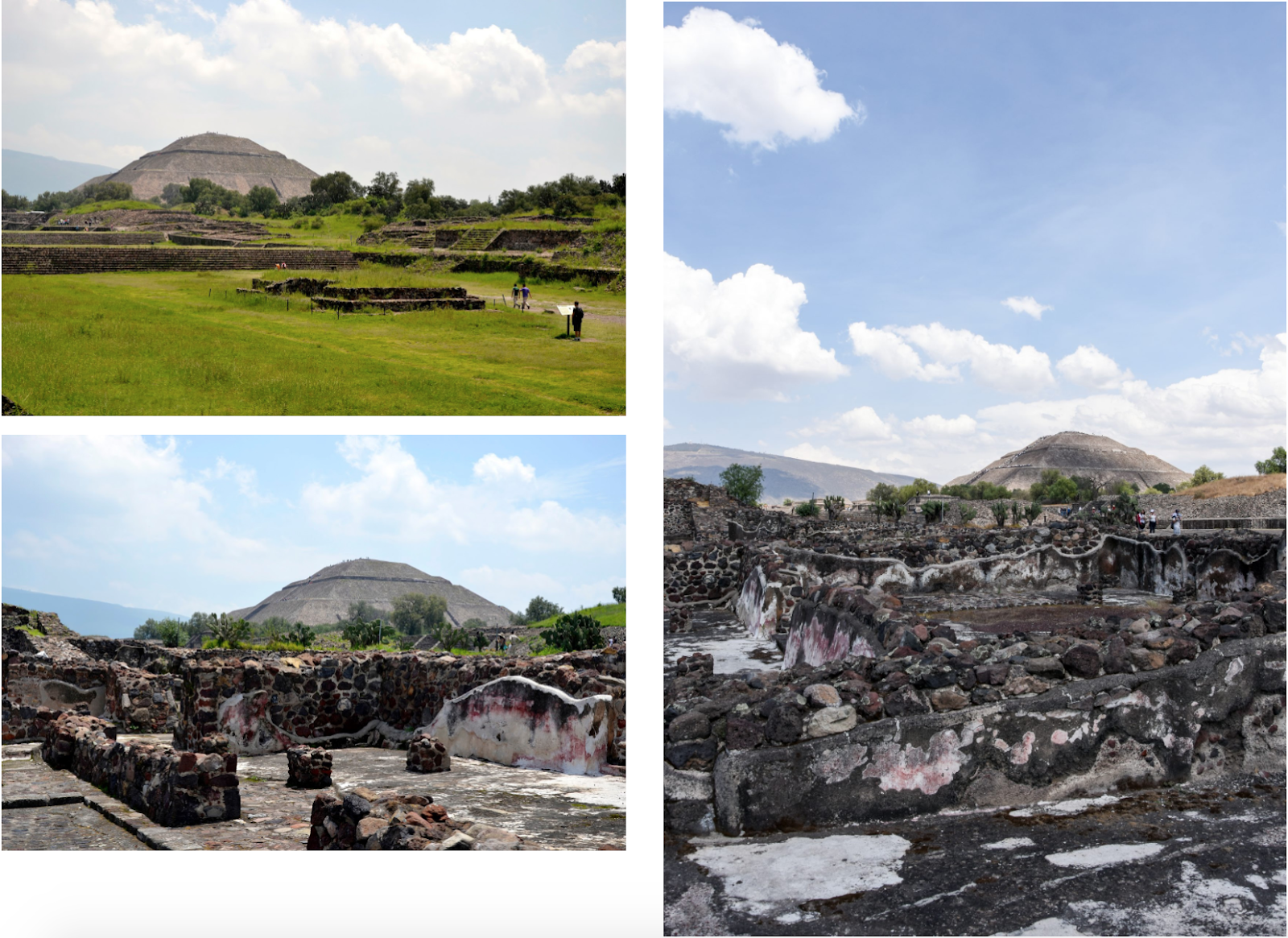 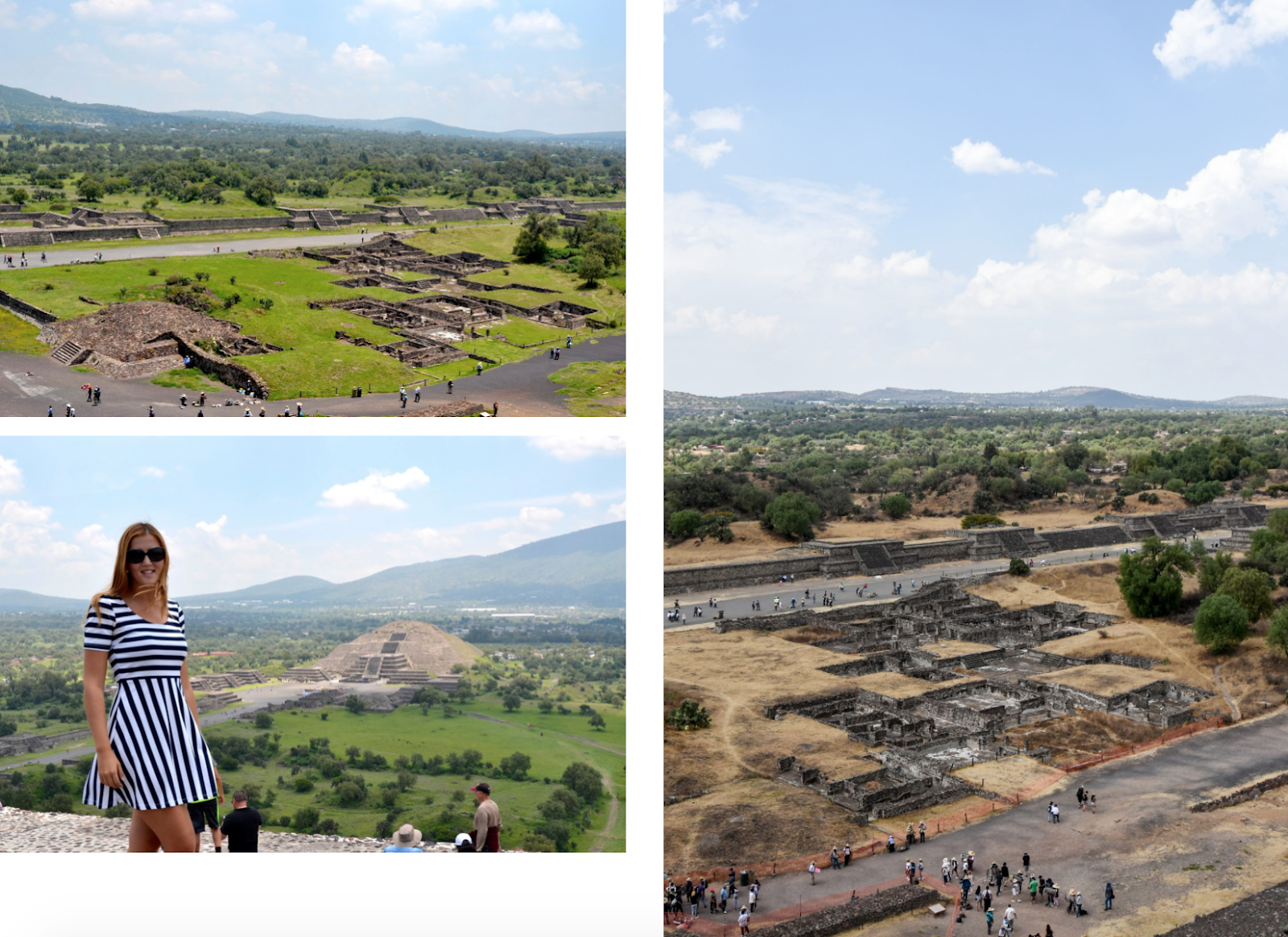 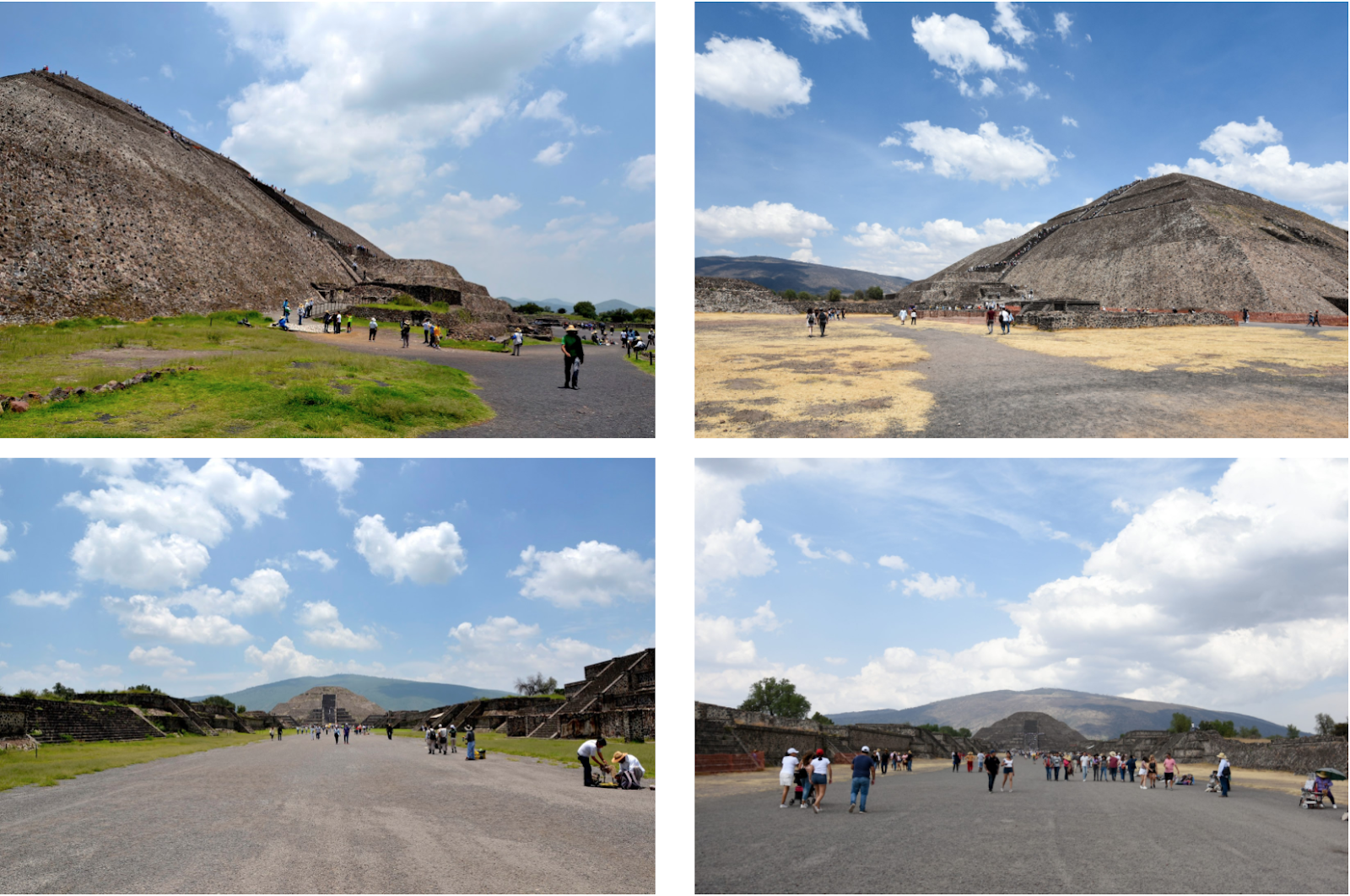 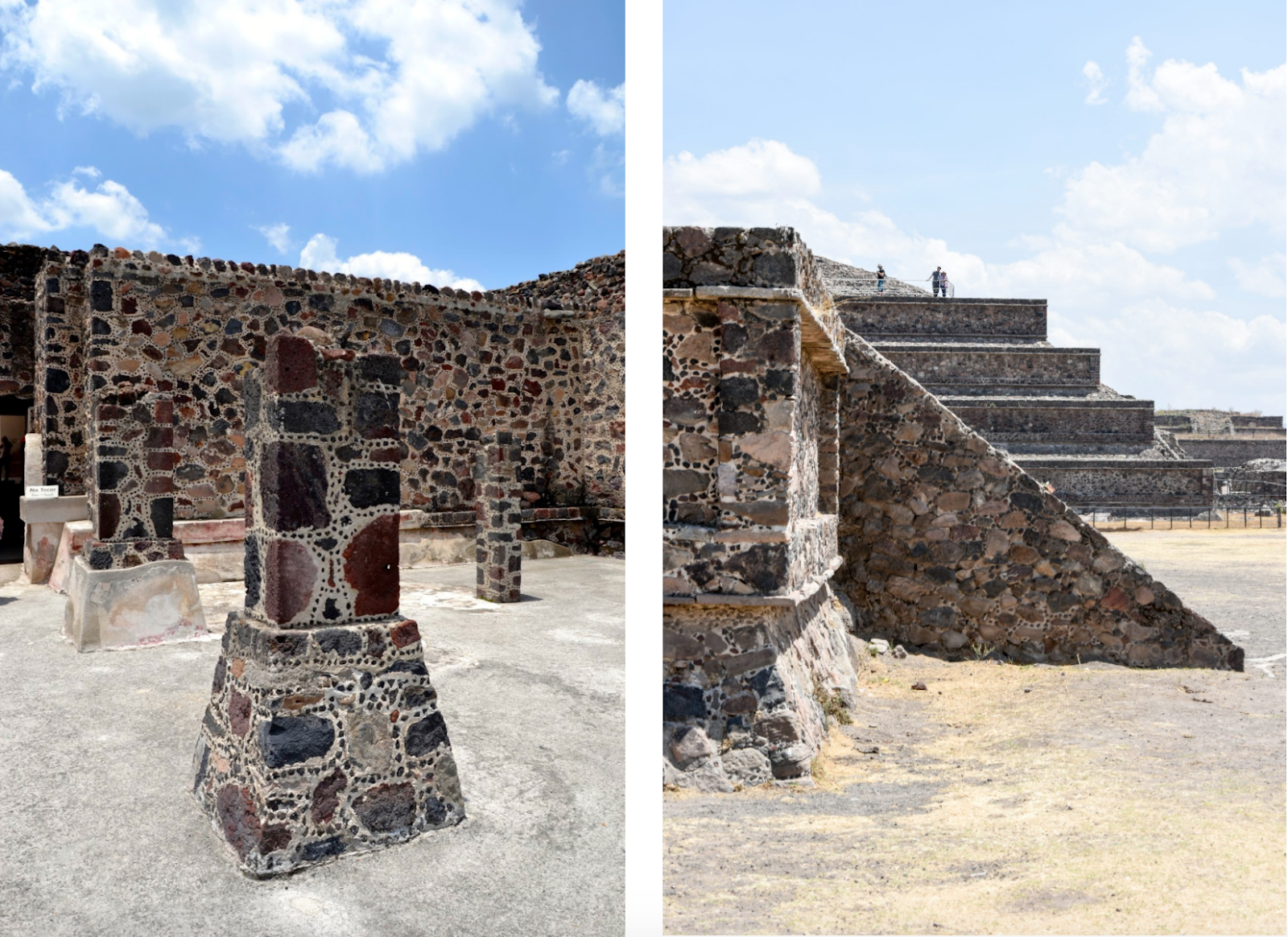 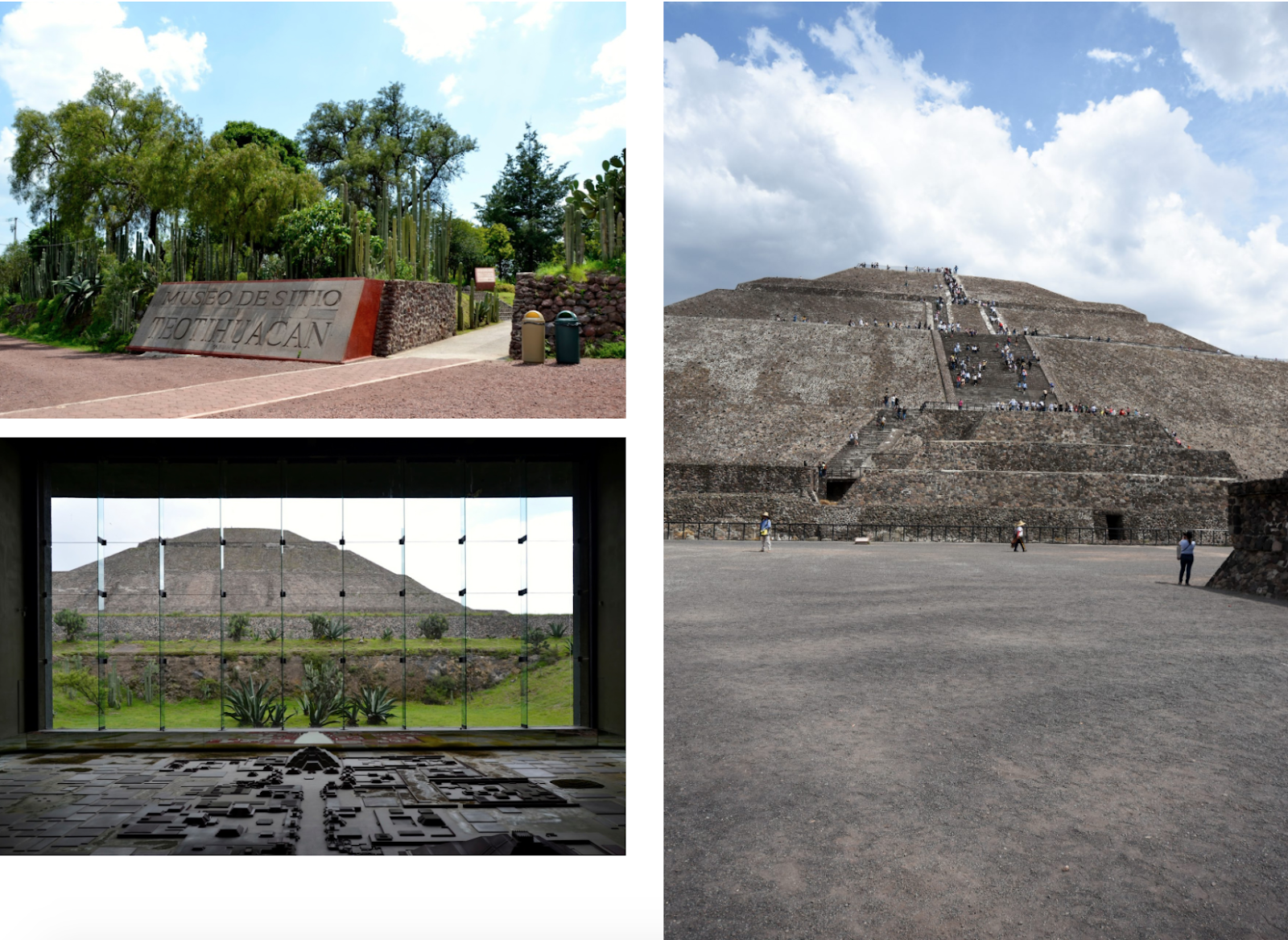 Do you believe that I did not remember what photographs I took and yet the photographs are almost the same? Impressive (or lack of originality :P)!

To reach the Teotihuacan ruins, you can take bus 8 from Mexico City’s Terminal del Norte. There are buses every 10 minutes and it takes about an hour to get there, 100 pesos round trip. We opted for an Uber XL, as there were 5 of us, which is about 800 pesos each way – more suitable at this time with the pandemic.