As you may know, I studied architecture and although I did not work as an architect, nor have I ever felt like doing it, it is a great passion of mine, visiting interesting buildings, to see how Man occupies them, how we live in them, how we see them. During the course I read a book from BIG (Bjarke Ingels Group) called “Yes is more”, in allusion to several phrases told by famous architects like “Less is more” by Mies van der Rohe or “Less is a bore” by Robert Venturi. Here it seems to me that the Danish architect looks for the different, the peculiar, to say yes, even if at first sight the idea may seem misplaced.

I found myself in Copenhagen for a few hours and, despite the low temperatures and the wind felt, the love of architecture spoke louder and I had to go visit two buildings of this architect, just ten minutes away walking from the hotel. The first one is called “VM Houses” and the second “The Mountain“. They are both on the same street, side by side, they have the same client and only two years separate the two works – while the first is from 2005, the second is from 2007.

The VM buildings, so-called because from an aerial view look like a V and M, were the first residential project in that new district of Copenhagen, Ørestad. The V-House, much more photogenic, was conceived as a “balcony condo”, which in summer becomes a space of “vertical backyard community”, a way of getting to know the neighbours while everyone is outside enjoying their large balconies. The M-House explores the concept of Le Corbusier’s Unite d’Habitation, but a version 2.0 in which the circulation area is interesting as a social space – unfortunately I could not enter the building to have this experience. 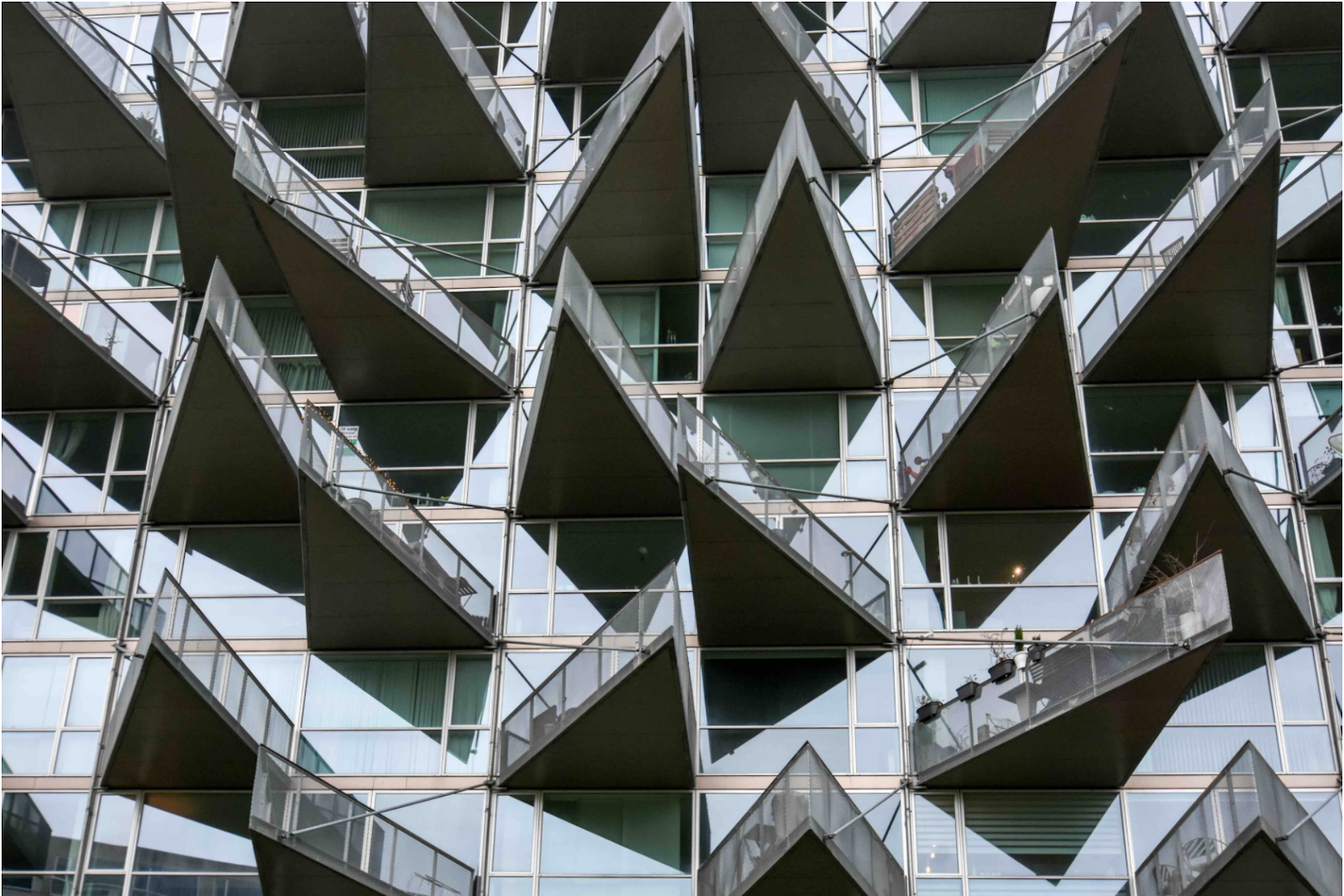 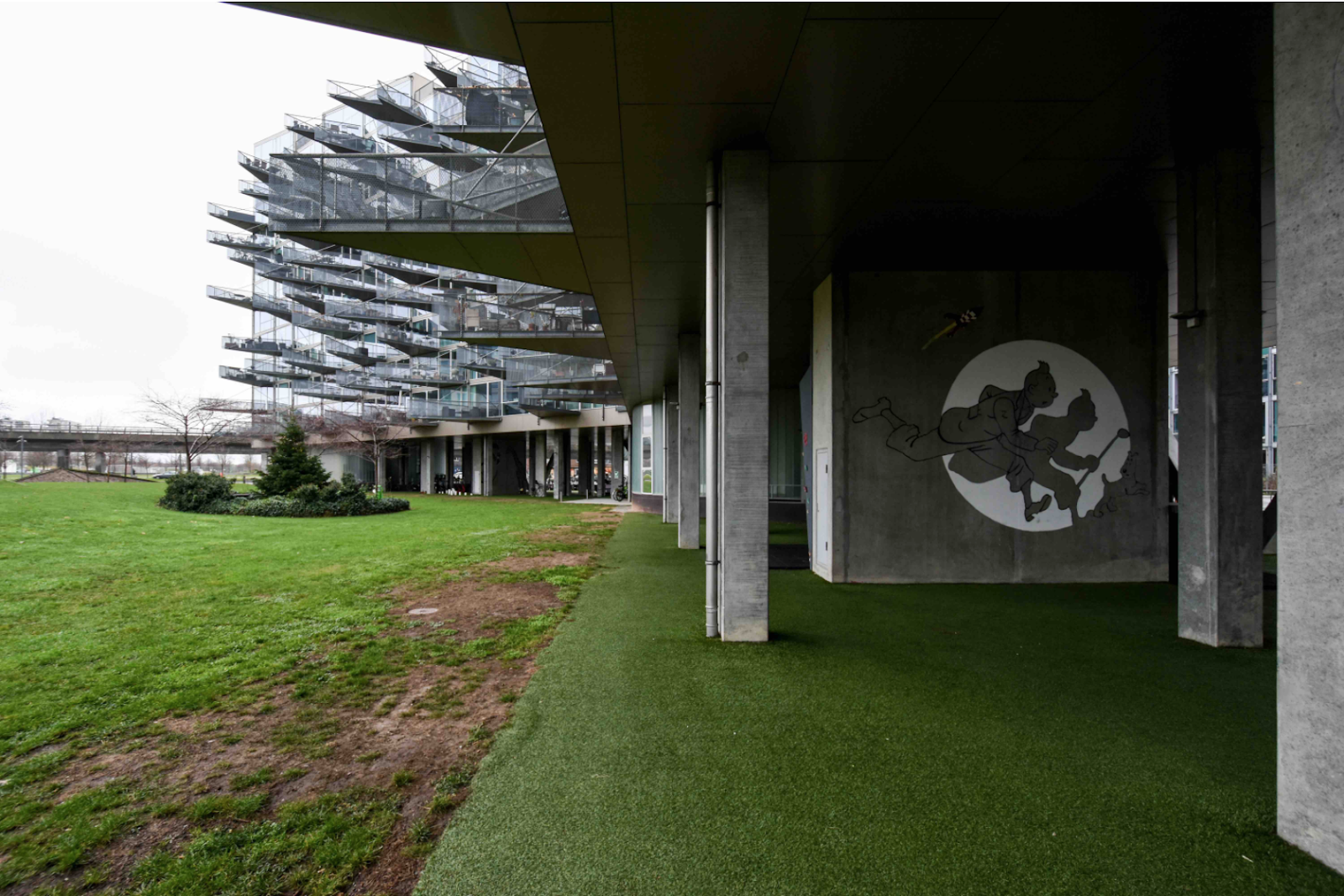 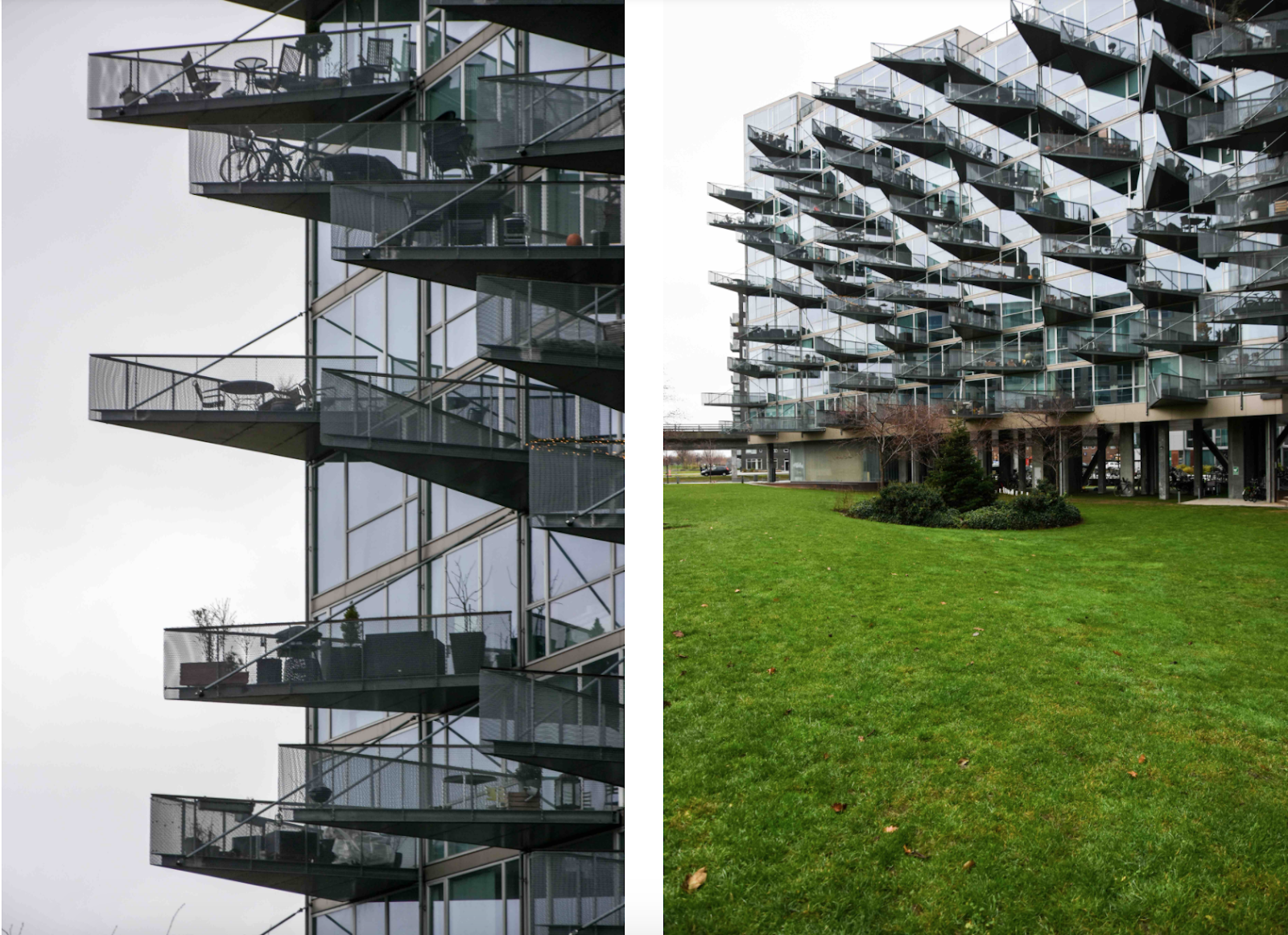 “The Mountain” is a second generation of the VM-Houses but with a different program: 1/3 housing and 2/3 parking. The architects thought that the best solution would be to place the parking lot as the foundations of the dwelling, a concrete mountain covered by a thin layer of apartments, all with terraced gardens, in a symbiotic relationship.

Undoubtedly a delight for architecture and architectural photography lovers! 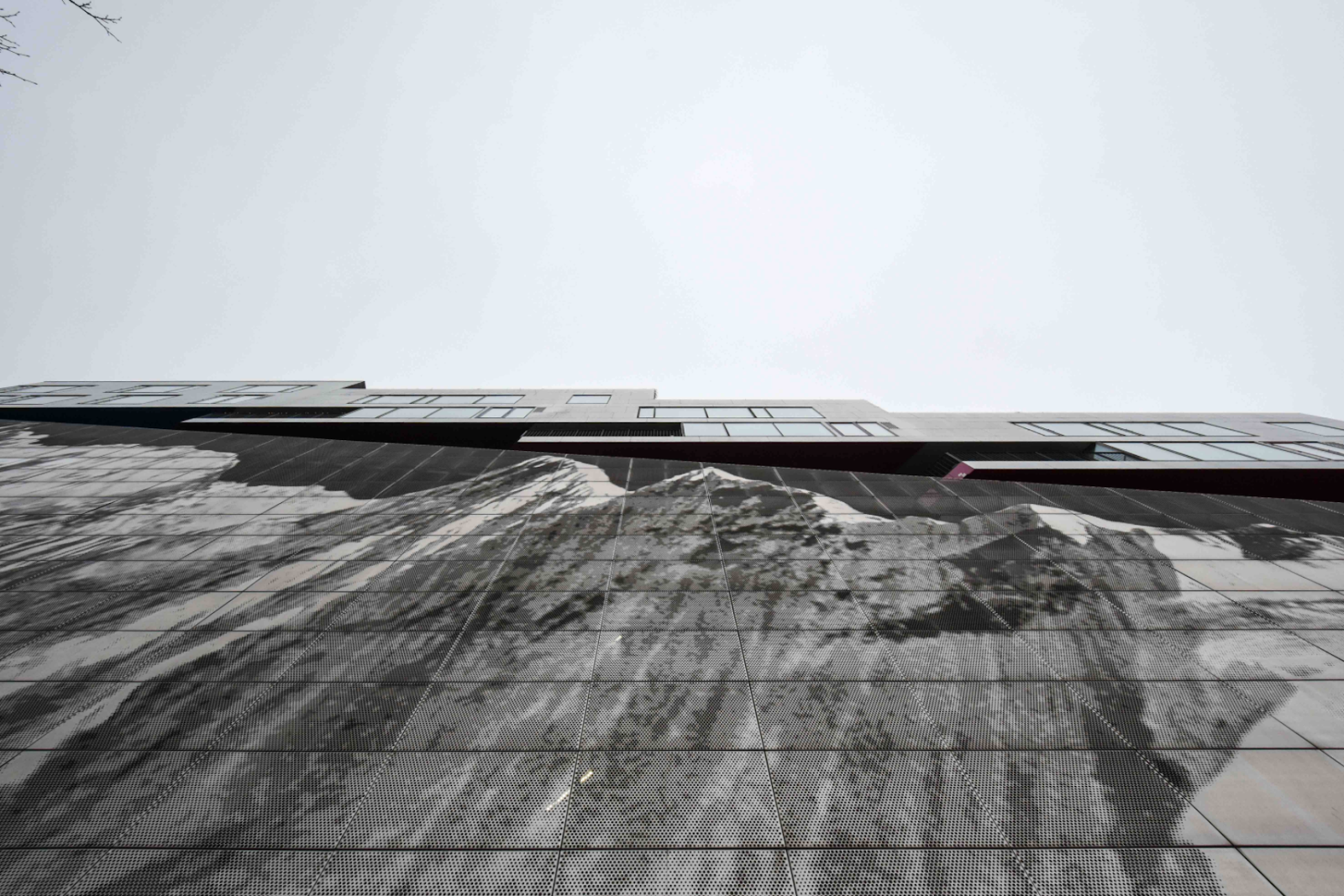 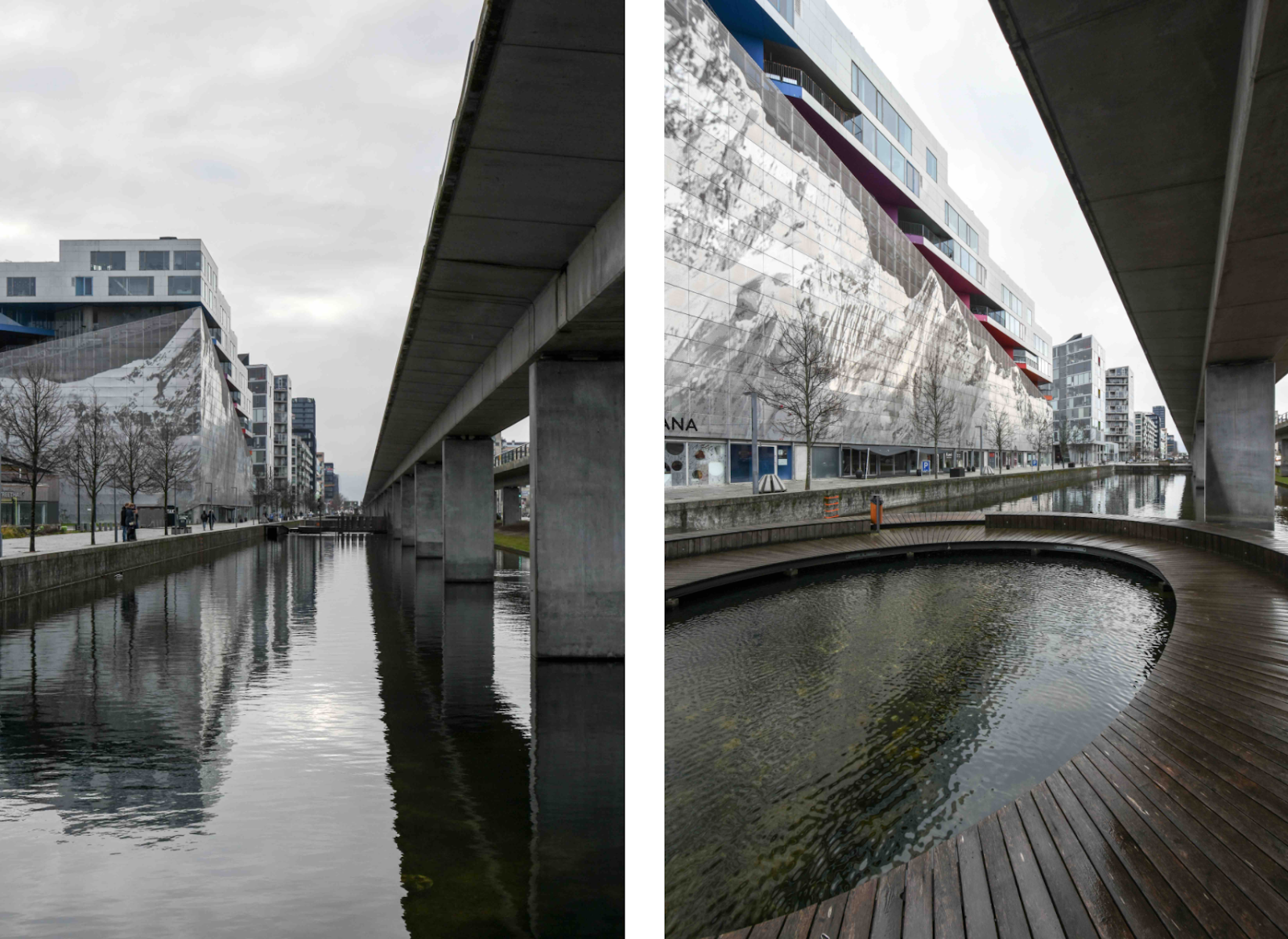 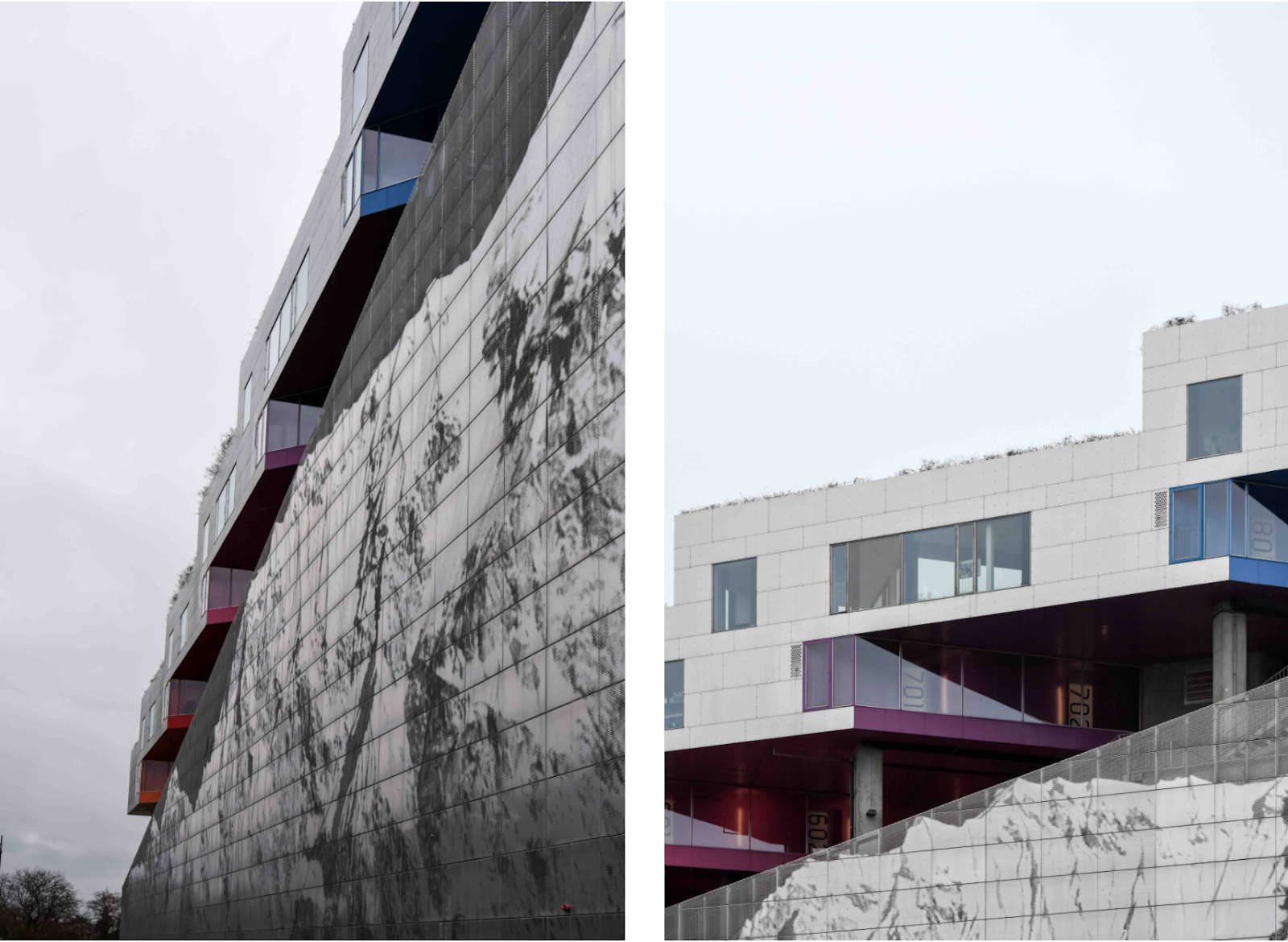 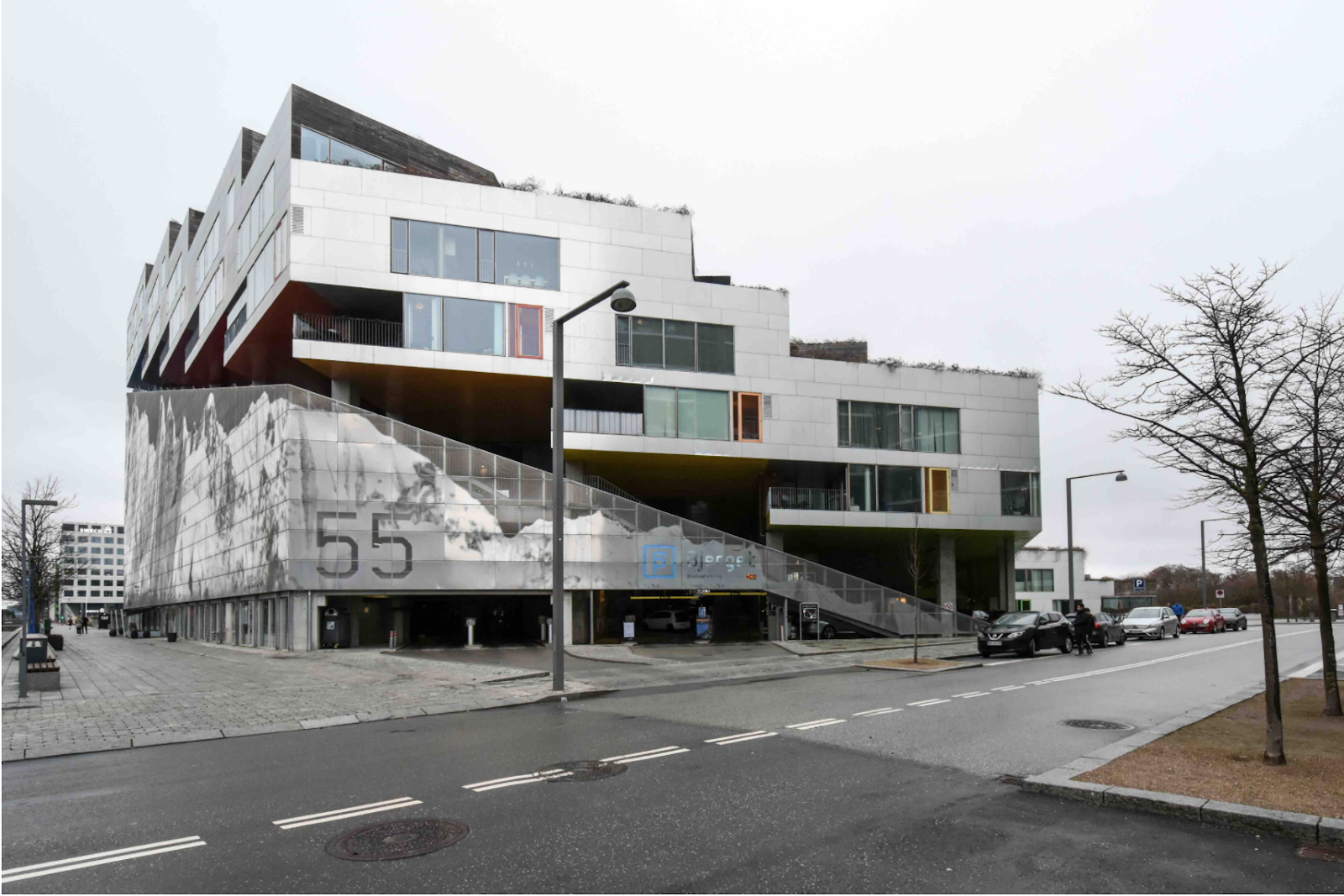 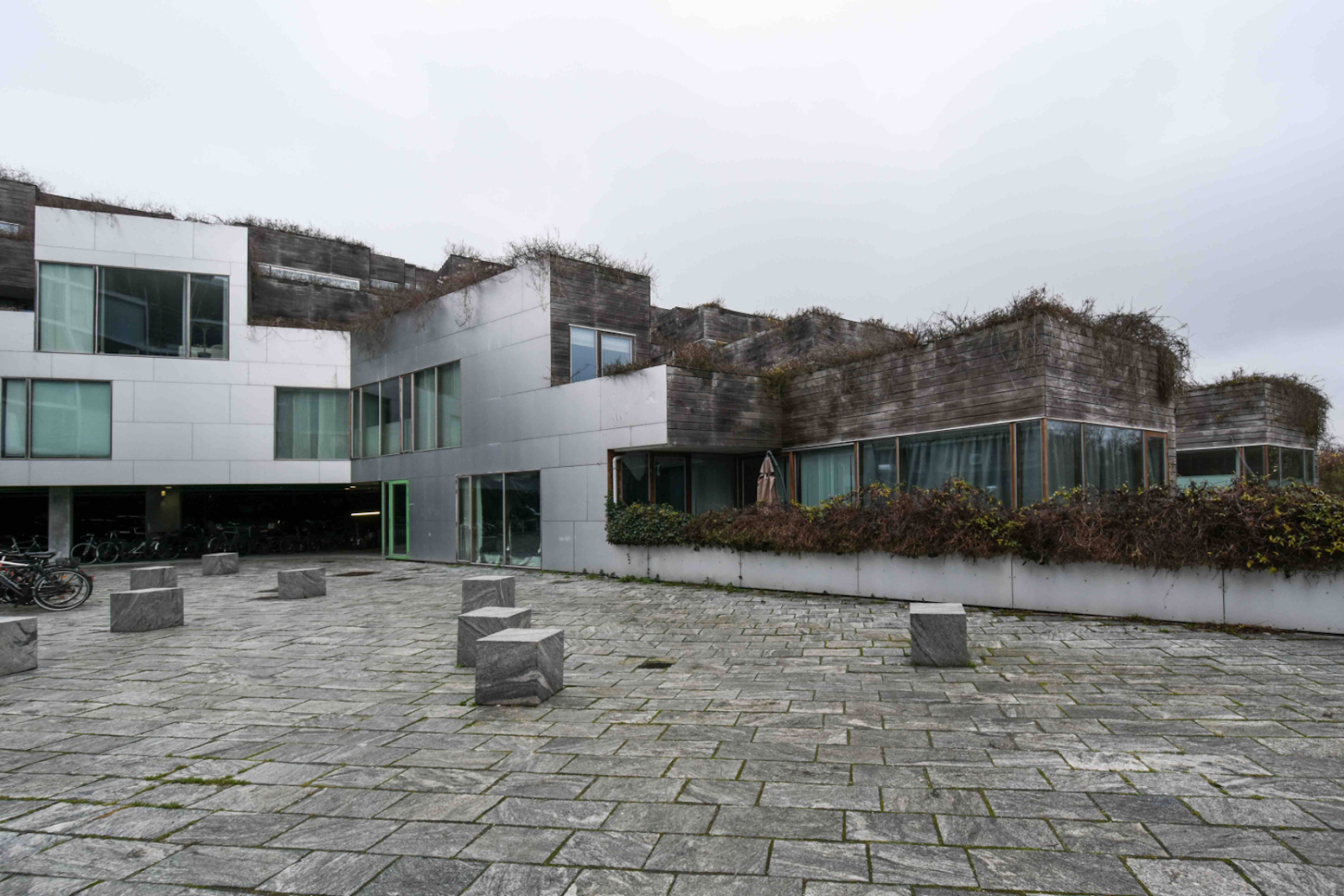 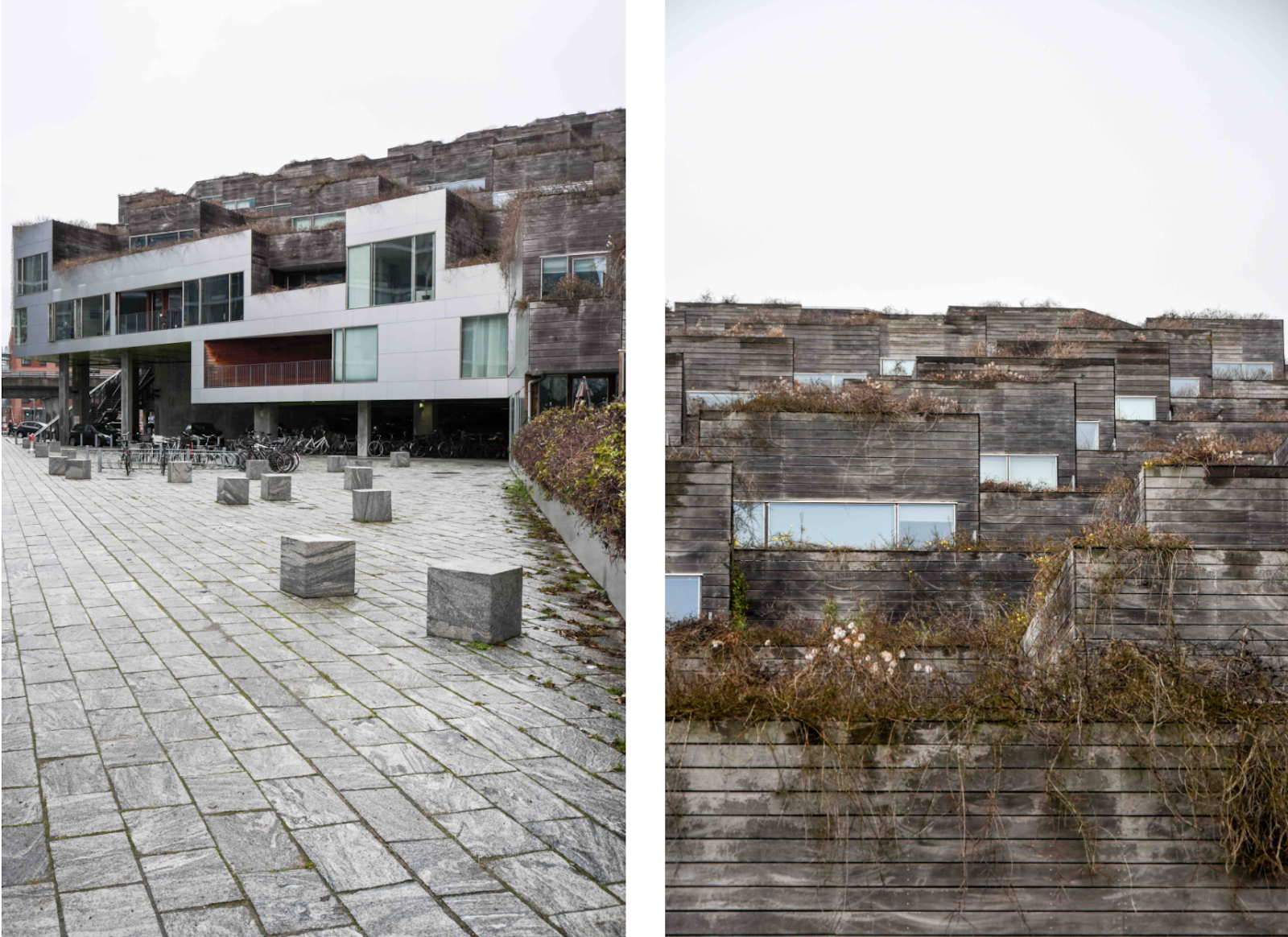 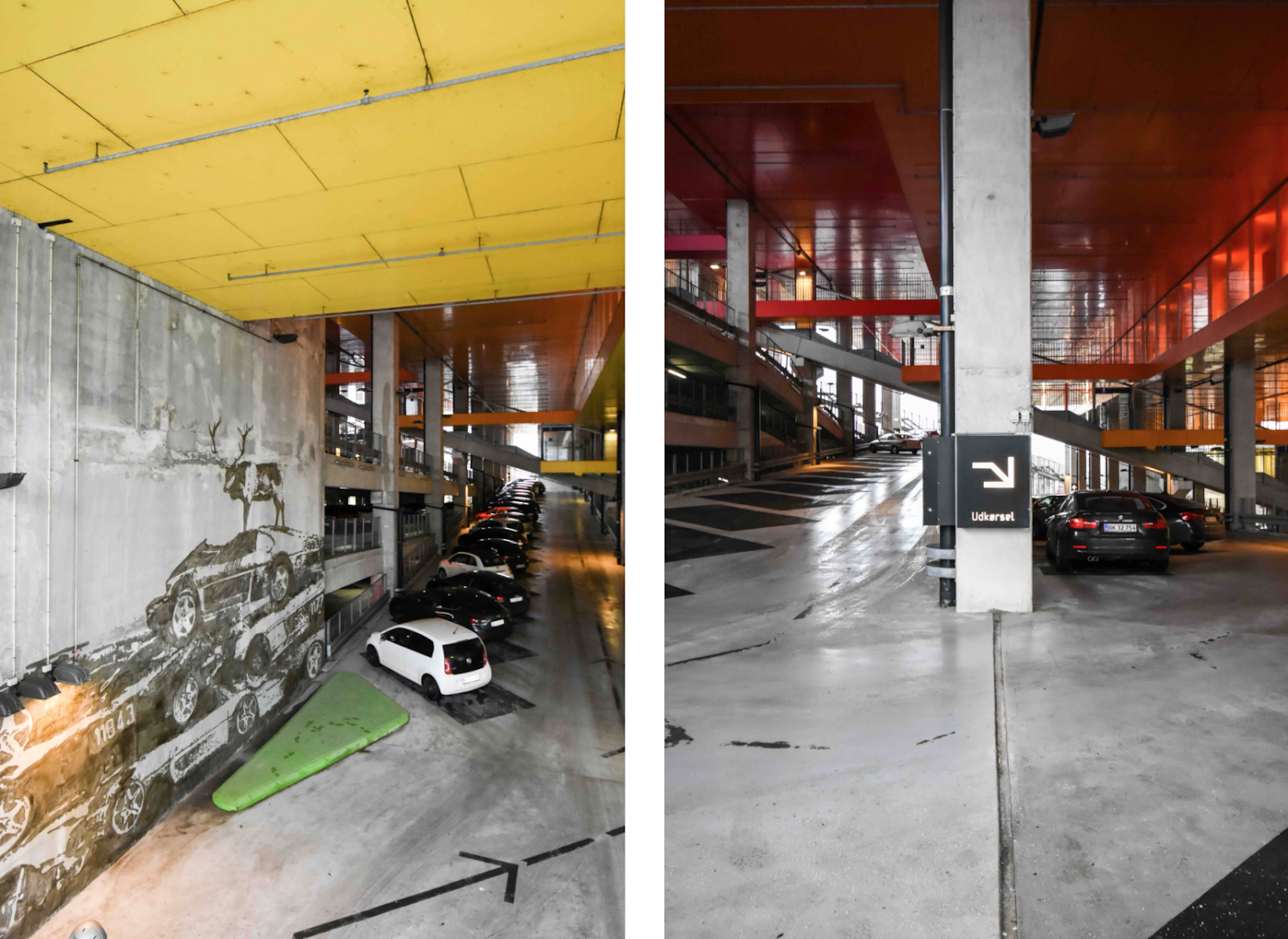 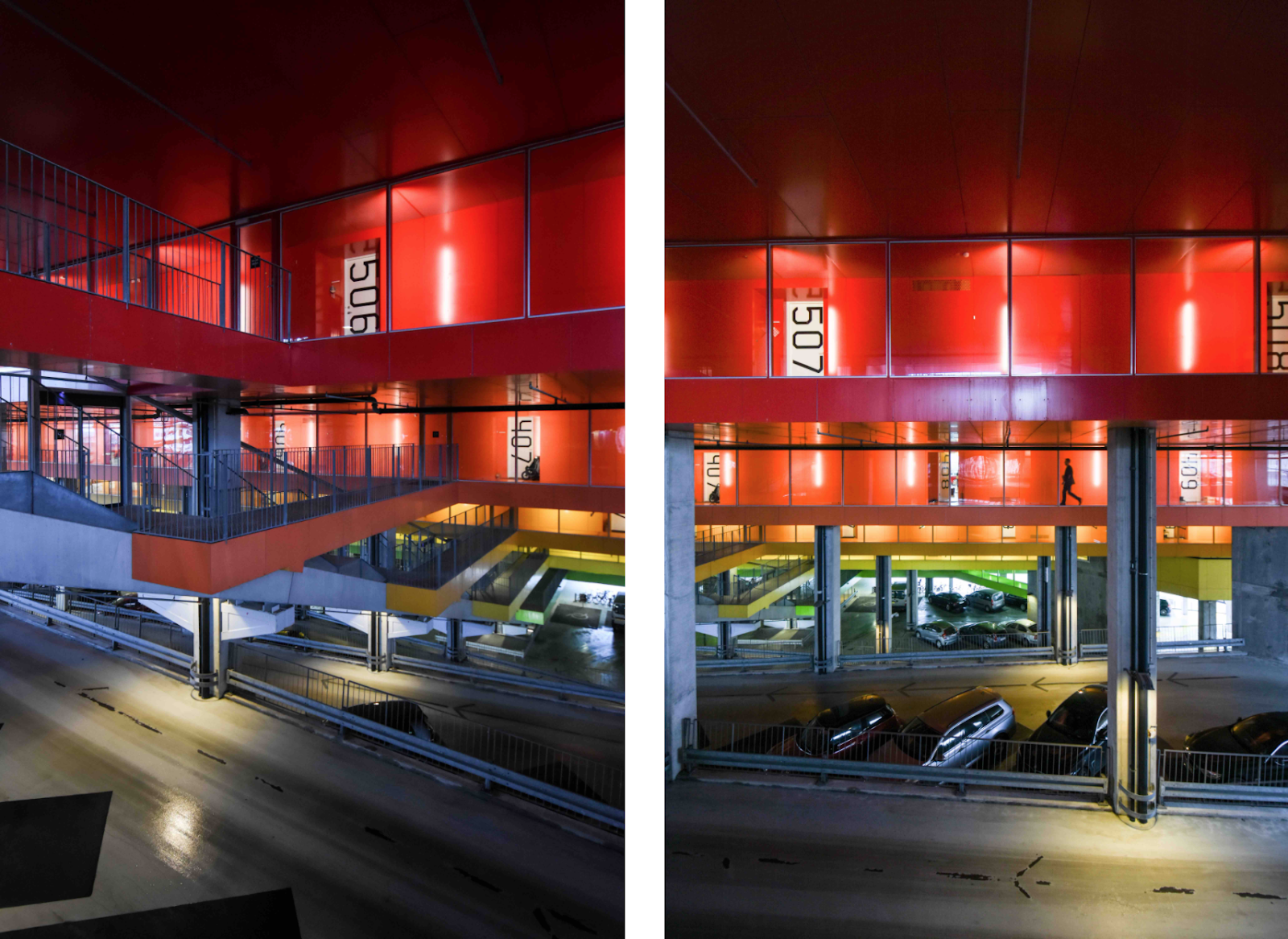 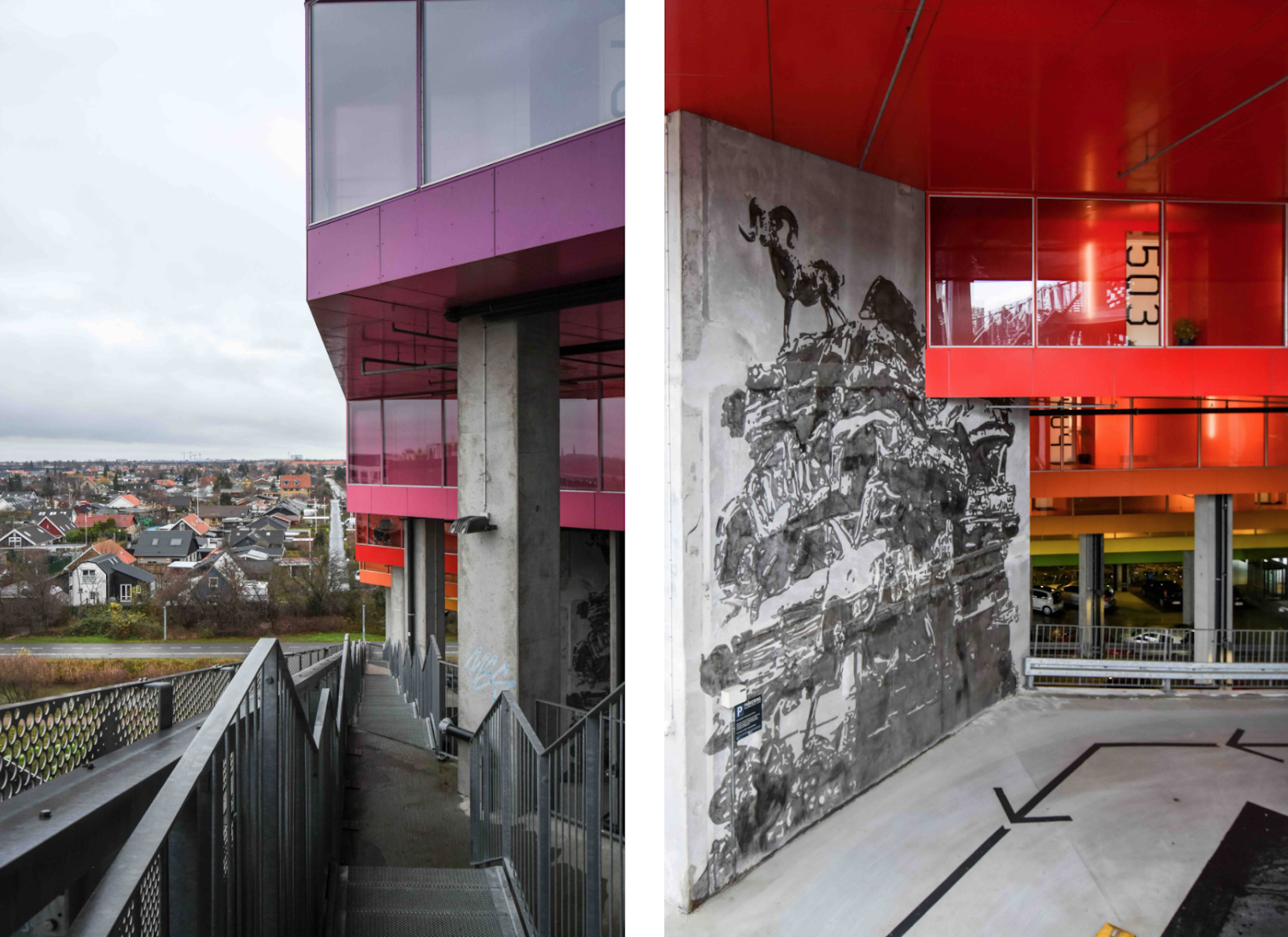 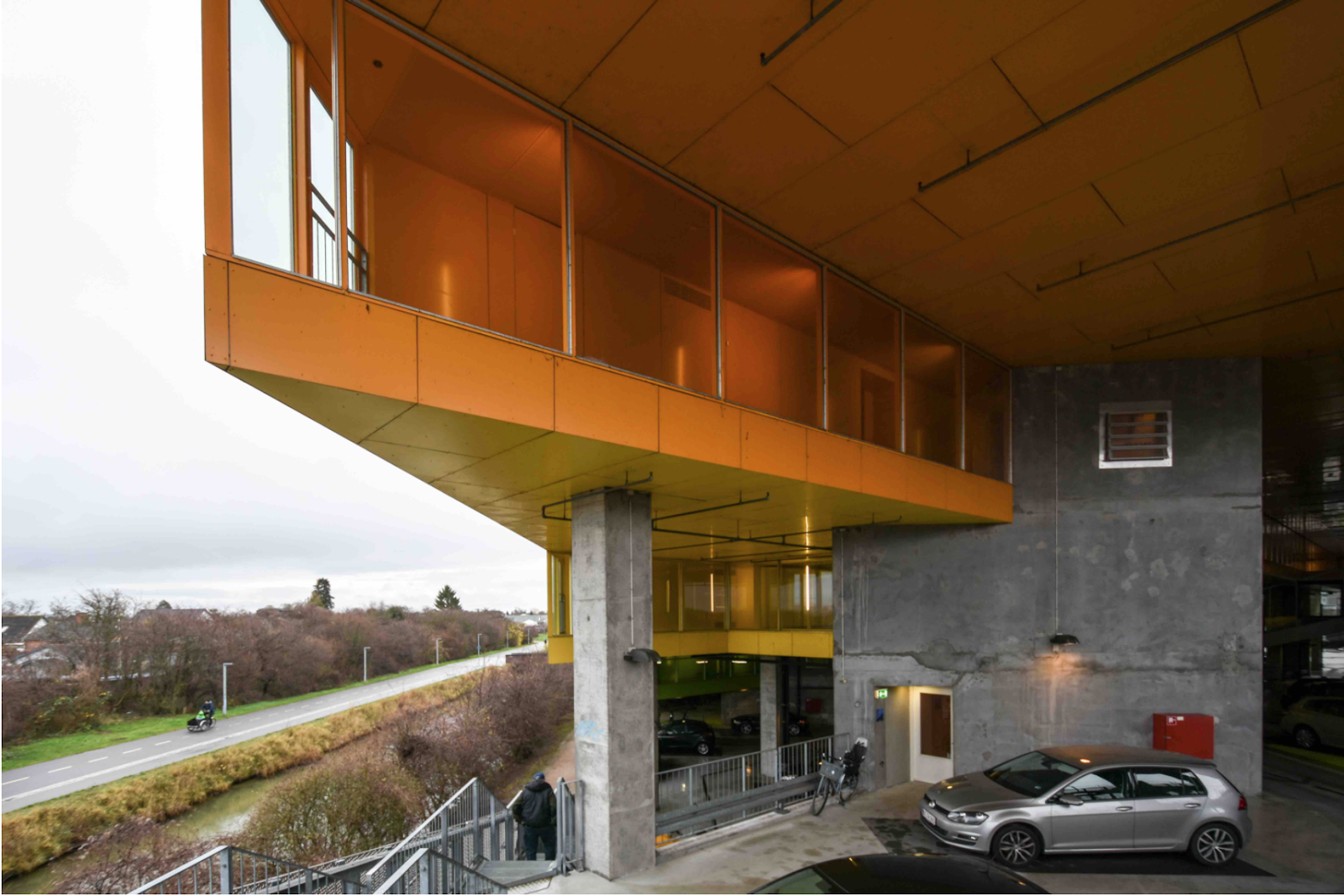 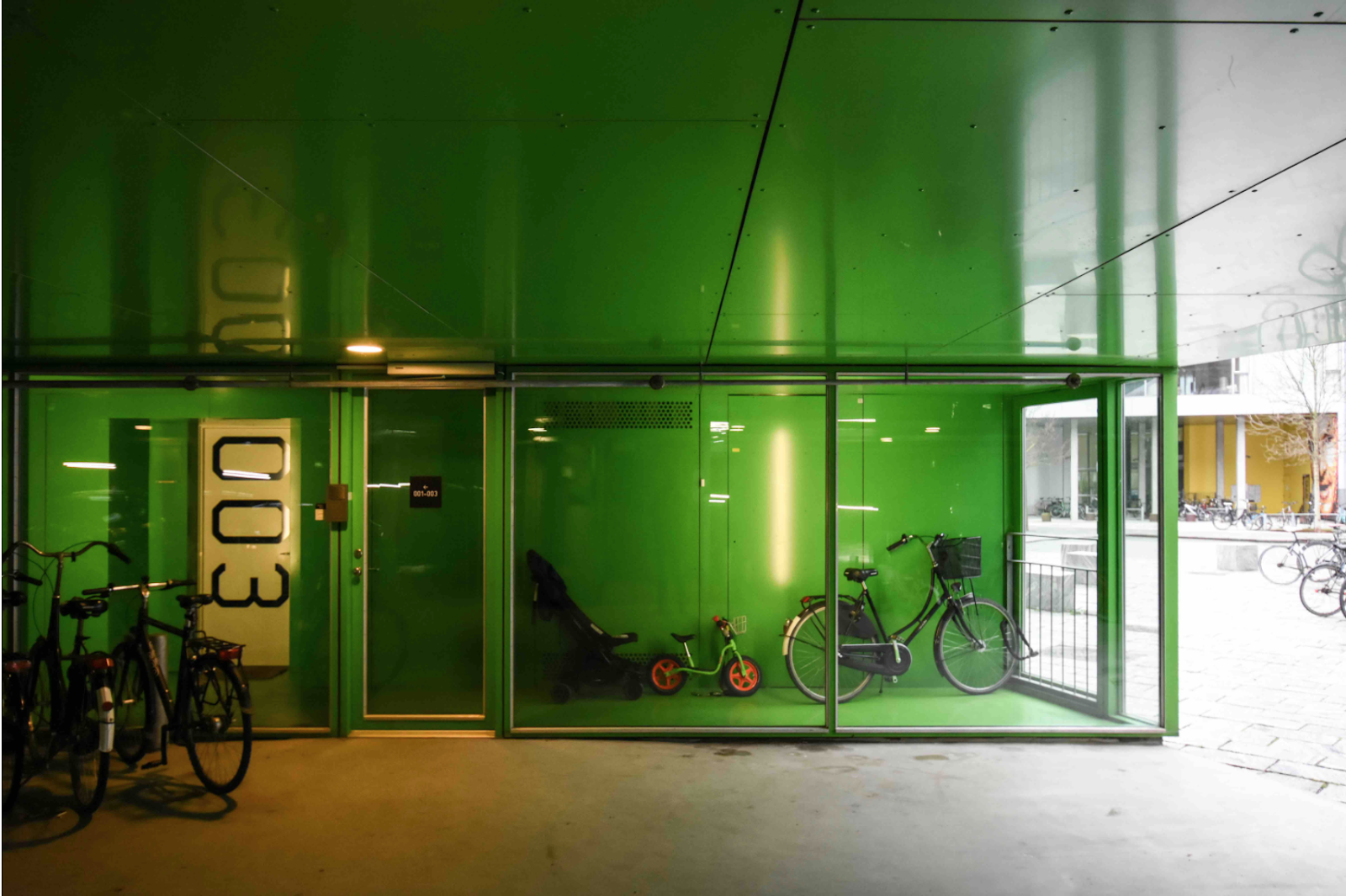 If you liked this post and want to read more about my trips to Denmark, you can visit the following posts: 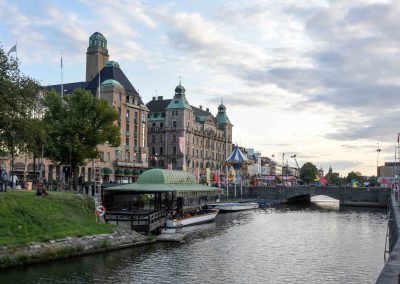 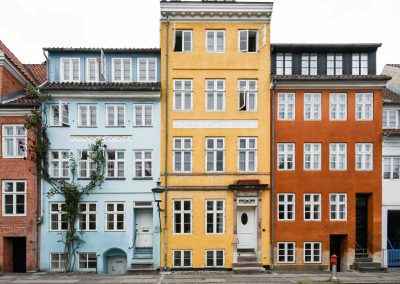