This year there was the Festa dos Tabuleiros, in Tomar, celebrated every four years and one of the most typical and oldest festivals in Portugal, which dates back historically to the reign of D. Dínis in the framework of the cult of Espirito Santo, but is believed to have pagan origins, even older, offerings to the goddess Ceres around Midsummer, symbolism of the fertility of the earth and hence the pursuit of women’s fertility.

The highest point of the Festival, which takes place for several weeks between June and July, is the Parade of the Tablelands (Cortejo dos Tabuleiros), which this year was celebrated on July 7, the day that we and 600,000 other people came to the city of Tomar. We chose to go by train from Lisbon, because we imagined it would be a chaos to take the car. It was the best option. As soon as we arrived we headed to the Seven Hills National Forest (Mata Nacional dos Sete Montes), where the day before had been deposited all 748 Tabuleiros that were going to parade. Unfortunately it was already closed, preparing for the parade – a friend told me that the best day of the party is the day before this big Parade because there are not so many people on the streets and we see the partial procession of the arrival of the Tabuleiros to this forest and then you can calmly see all the trays inside the Mata. The idea then was to look for a place to have a picnic, since the forest was not an option.

The whole city is decorated for the Festa, all downtown streets adorned with and paper flower rugs and “pergolas” each one prettier than the next, the hanging matts at the windows and balconies filling the city with color. For those who were hungry and wanted to find the picnic site quickly had no luck, because we wanted to photograph everything! 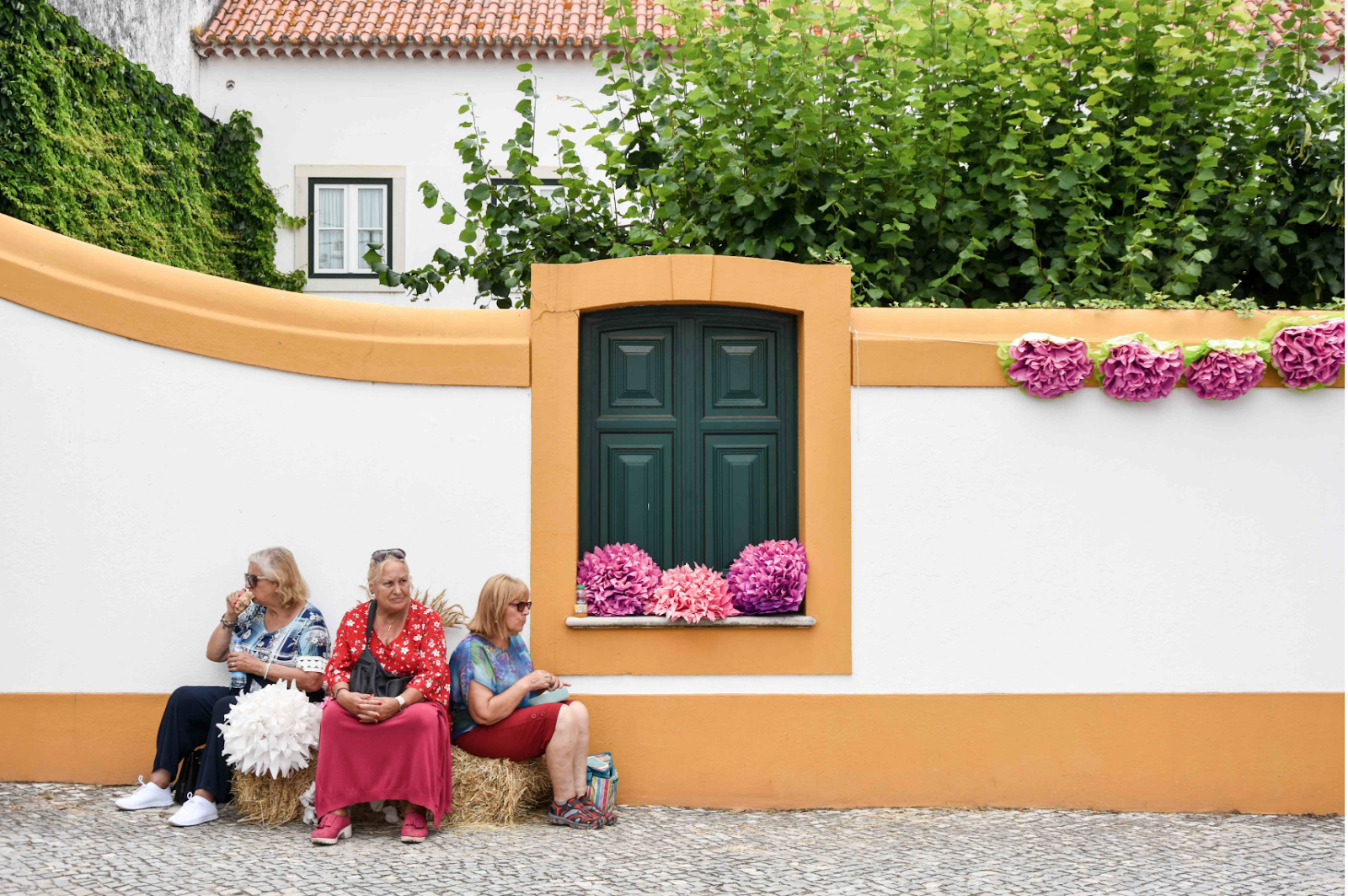 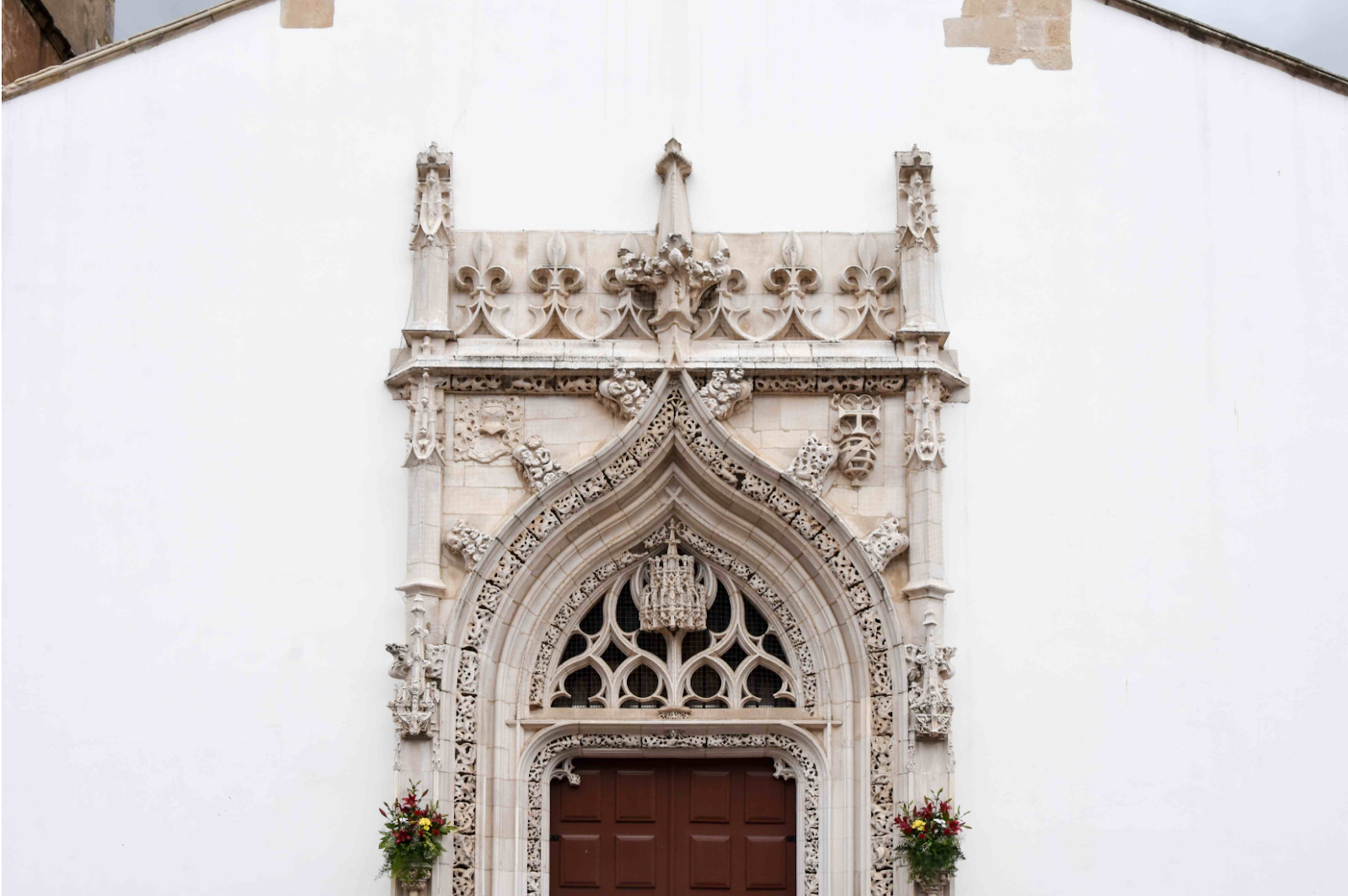 .
At 4pm the procession began, starting at the forest, it makes a course of more than 5km throughout the city. Tabuleiros are wicker “towers” adorned with 30 breads of 400gr each, paper flowers (traditionally poppies, but nowadays you can see it all – artichoke, passion fruit, sunflowers, roses and even lettuces and corncobs). ) and topped by a crown with the dove of the Holy Spirit or the Templar Cross. They weigh about 15kg each and must be at least as tall as the girls who carry them. Each girl brings a boy alongside her, who helps them relieve their shoulder pain a little when they are standing still, who better accommodate their Tabuleiro when it looks like it is going to fall, or in extreme cases, who take their Tabuleiros on their shoulders when the girls can’t take it anymore. The route is not always straight, there is a first stop at Praça da República, in front of the town hall and the church of São João Baptista, where the Tabuleiros are blessed, in a ceremony that takes about 30 minutes. There are stops in other parts of the city to rest a little, to snack, etc. I chose to see the procession on Serpa Pinto Street because the Tabuleiros pass there twice. It was full of people, but I met a lady from Tomar who explained her tactics: first she lets the procession pass to Praça da República and as we are further back and could not see people, she paid more attention to the details of the Tabuleiros. Once the procession passed, and because the blessing takes more than half an hour, more than half of the people go away and so we could make it to the front row. So when they came back with the Blessed Trays, we can see everything again but now pay more attention to their faces, to understand who is suffering, to realize that there are girls of all ages, to hear the encouragements they needed so much, to see when one or the other was recognized by their families and the pride in their eyes!
. Waiting then in the front row for the Tray Blessing to end, I also learned that the bell rings three times and at the third ring boys and girls raise the Tabuleiros all at once, which I could see from afar. Opening the procession comes one of the four philharmonic bands, pass the water bearers, pass the politis from each Parish Council, carrying the banners and crowns and even the President of the Republic, Professor Marcelo Rebelo de Sousa, always with his friendly smile and cheered by the crowd. The Tabuleiros begin, in between another musical moment, more Tabuleiros and at the end we have two bulls, formerly pulling carts carrying children – now on foot – and wine barrels, and at the end the Scouts symbolizing the Bread (the Trays), the Wine (in the ox carts) and the Meat (the scouts).

It was a very interesting and beautiful experience, but with too many people! I think if I want to go back in four years, I’ll take my friend’s advice and go to Tomar on Saturday instead of Sunday 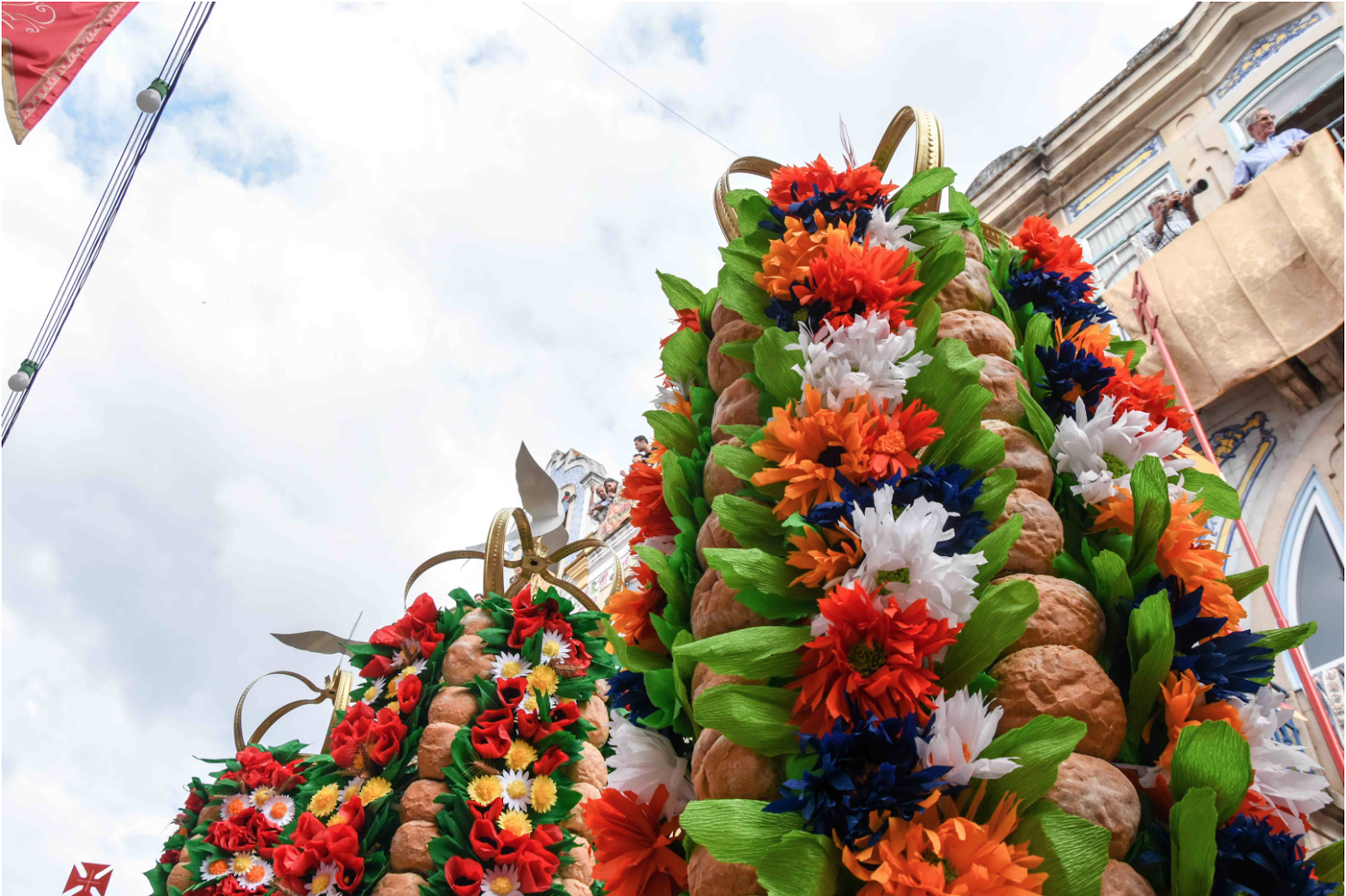