Night flight from Lisbon to Helsinki. We arrived at the hotel at 7am local time and since it was my first time in Finland there was no time to lose! I slept two hours and after a fine breakfast I left to the city center to meet my friend Iina, Finnish, and who would guide me through Helsinki that day.

Helsinki is not very big and so we walked around the whole city (which resulted in 23km walked, my record so far on a layover). The whole city has many Russian and Scandinavian architectural influences, beautiful buildings, it is a very pleasant city to walk around. Along the Finnish capital we have several islands, Suomenlinna and Seurasaari being some of the most touristy and two of the places to visit – fortunately as I will have several chances to return there I prefer to do it in the summer – which also proves that it is impossible to see everything there is to see in Helsinki in one day.

After passing through the market square overlooking the islands, we visited Uspenski Cathedral, the largest orthodox church in Finland, from the time of the Russian occupation. We continued through the Katajanokka Skatudden neighborhood, of quite interesting architecture – Iina knows what I like! In fact what I liked the most about the city was its architecture in general, the contact with the sea, the wooden sailboats! 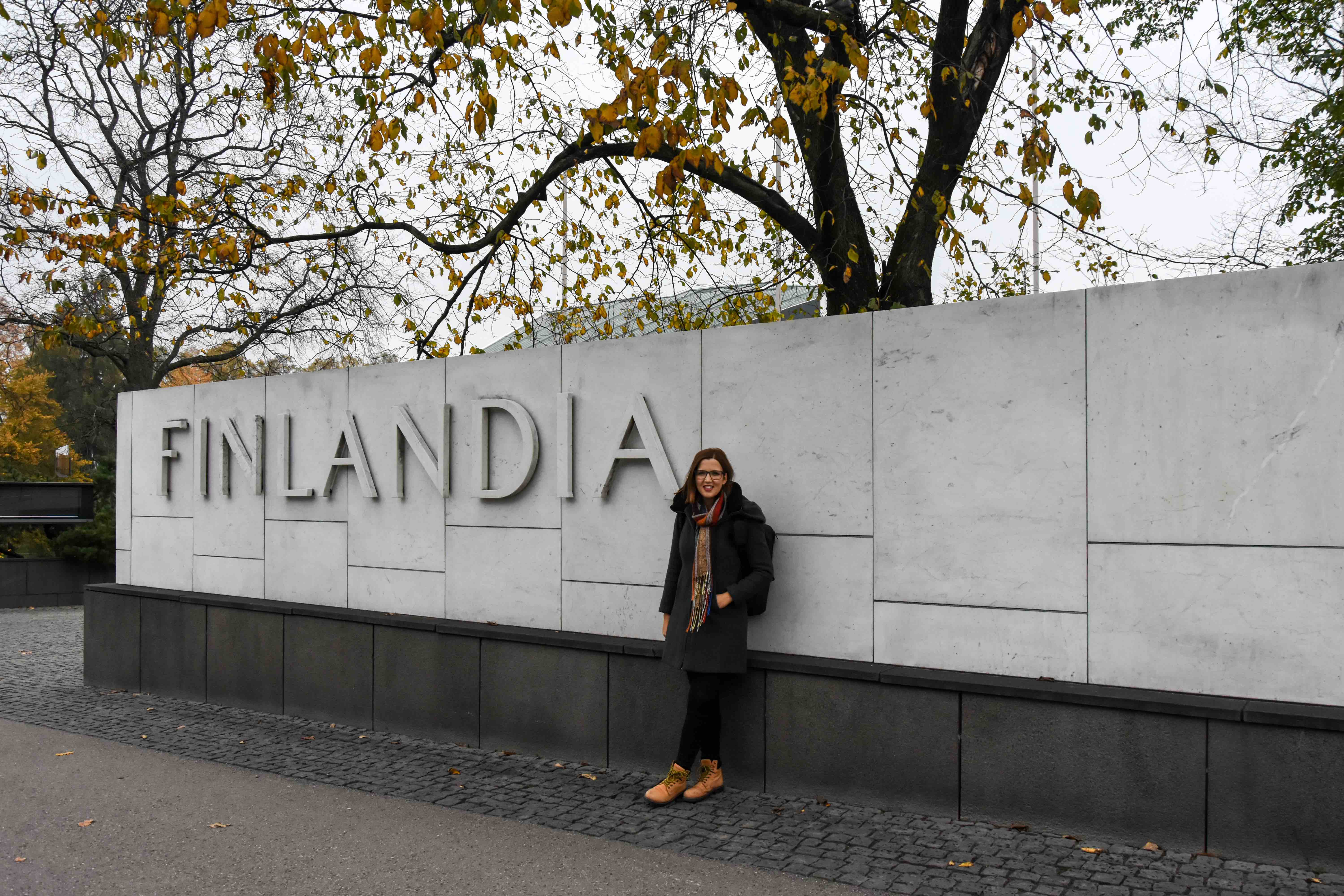 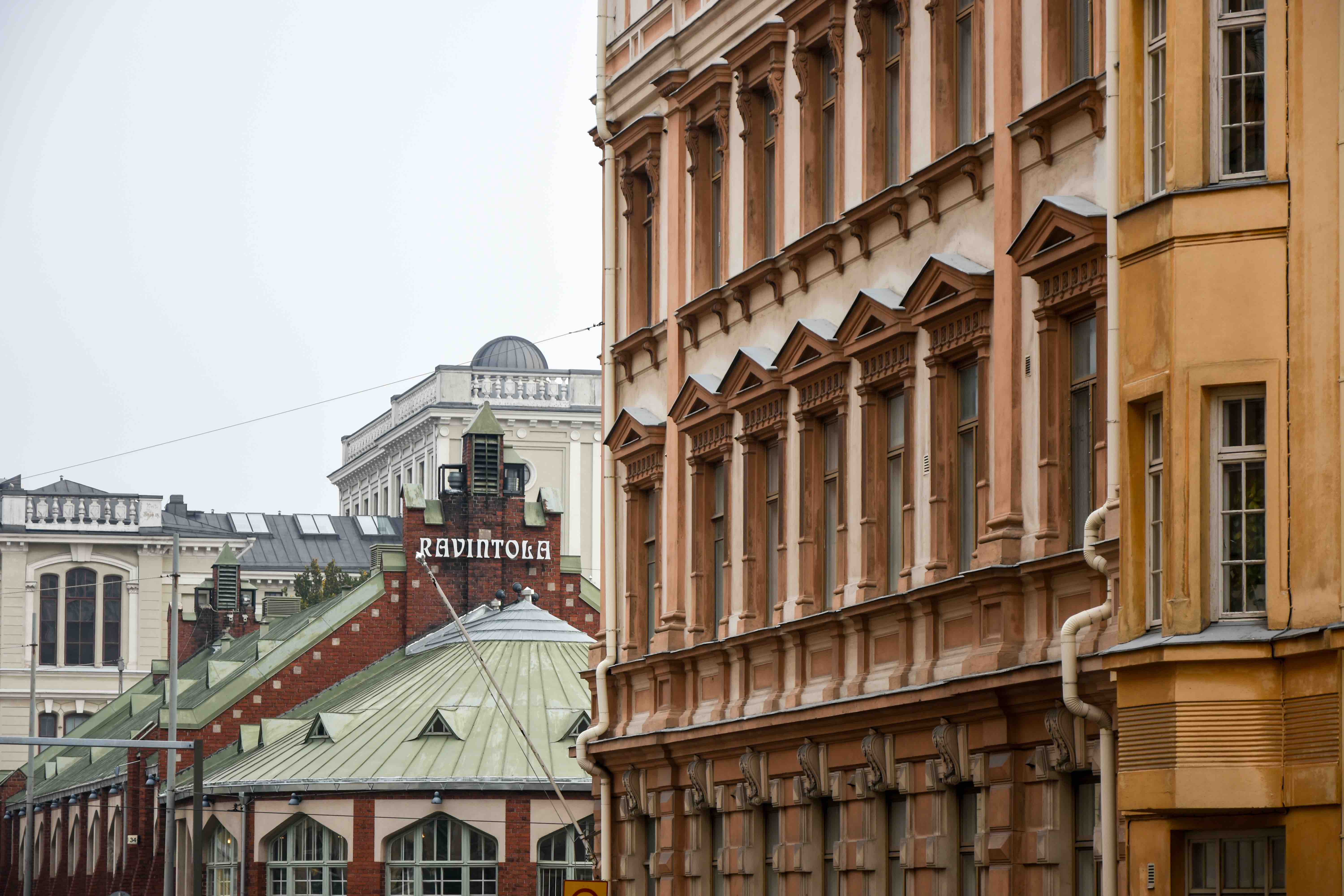 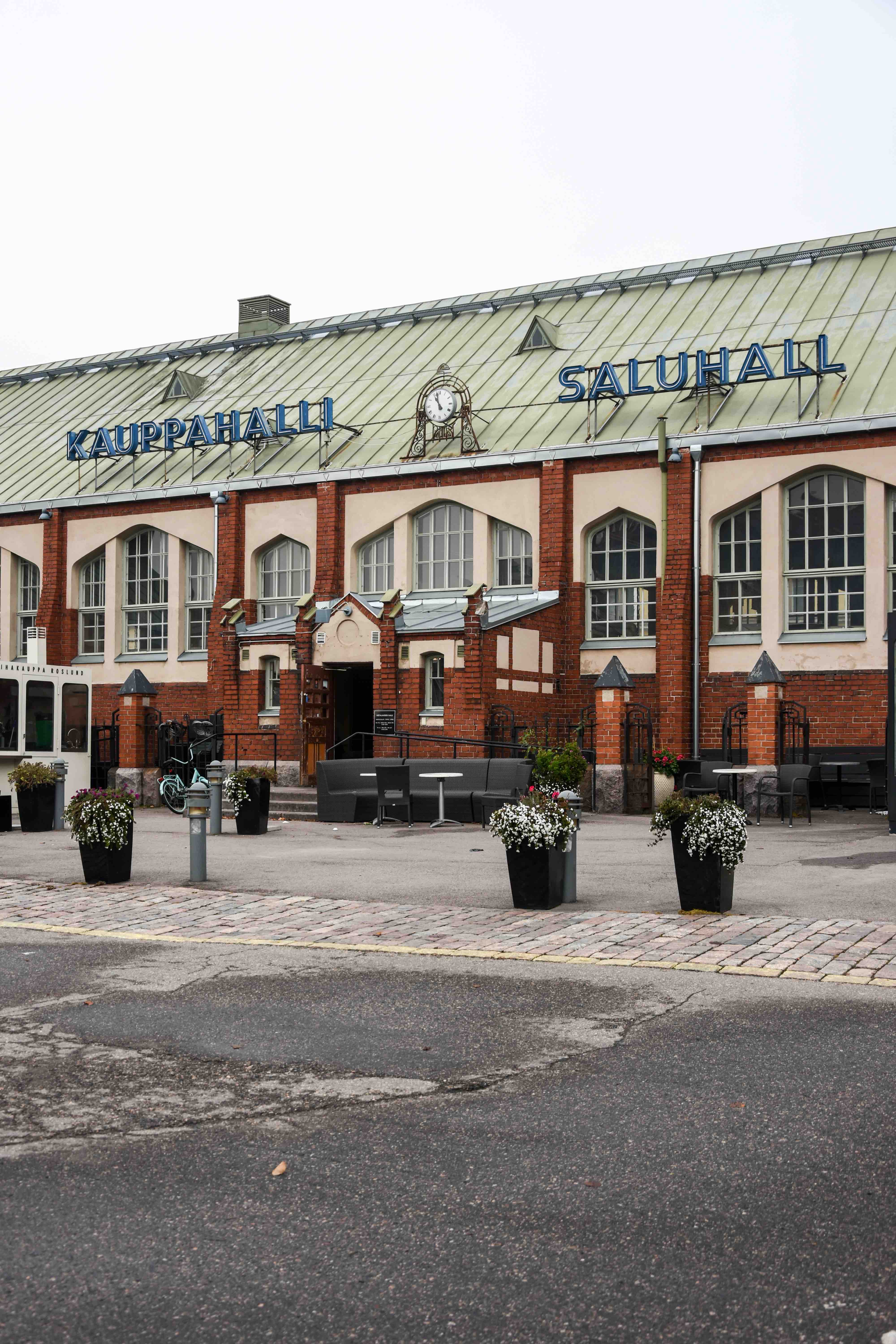 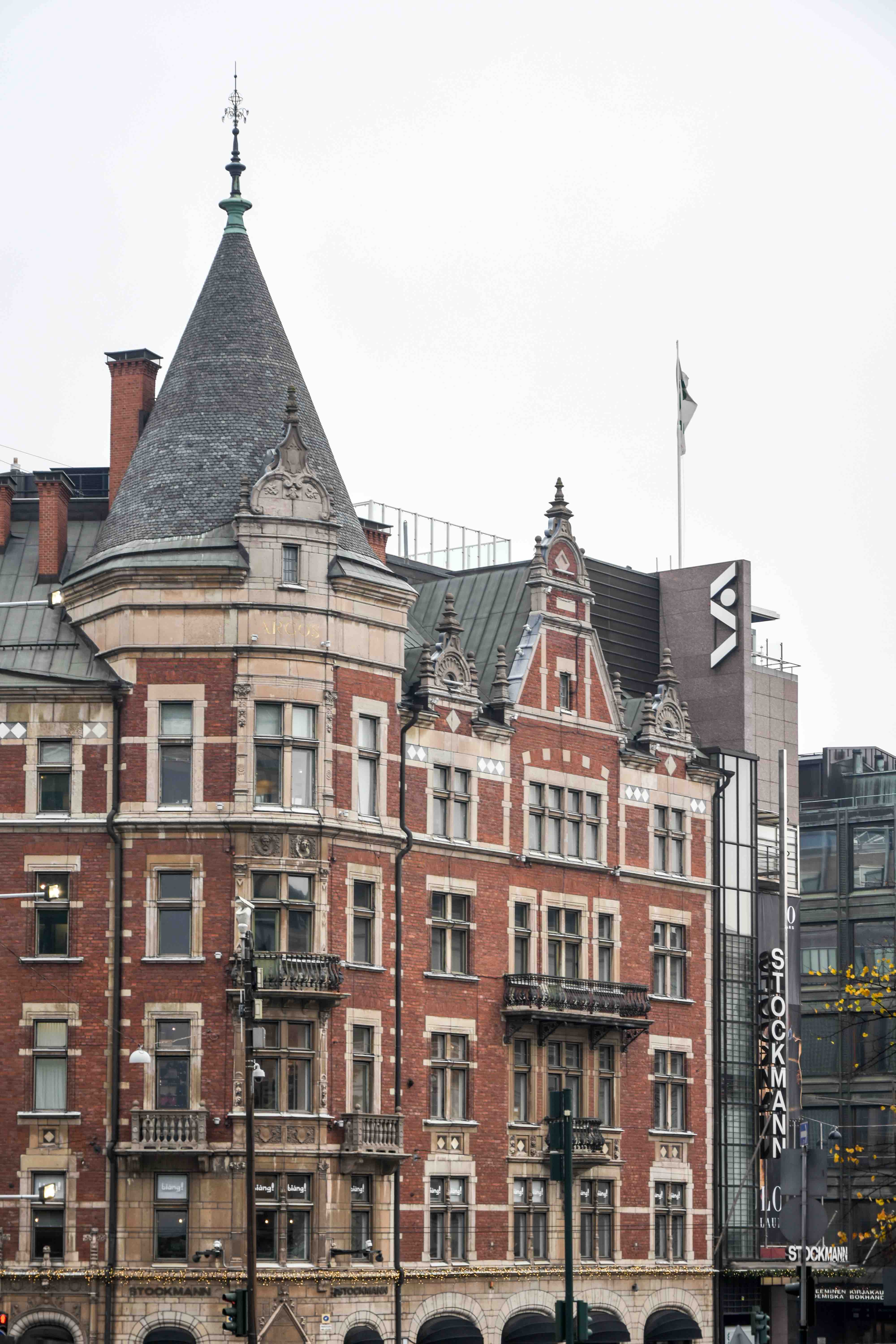 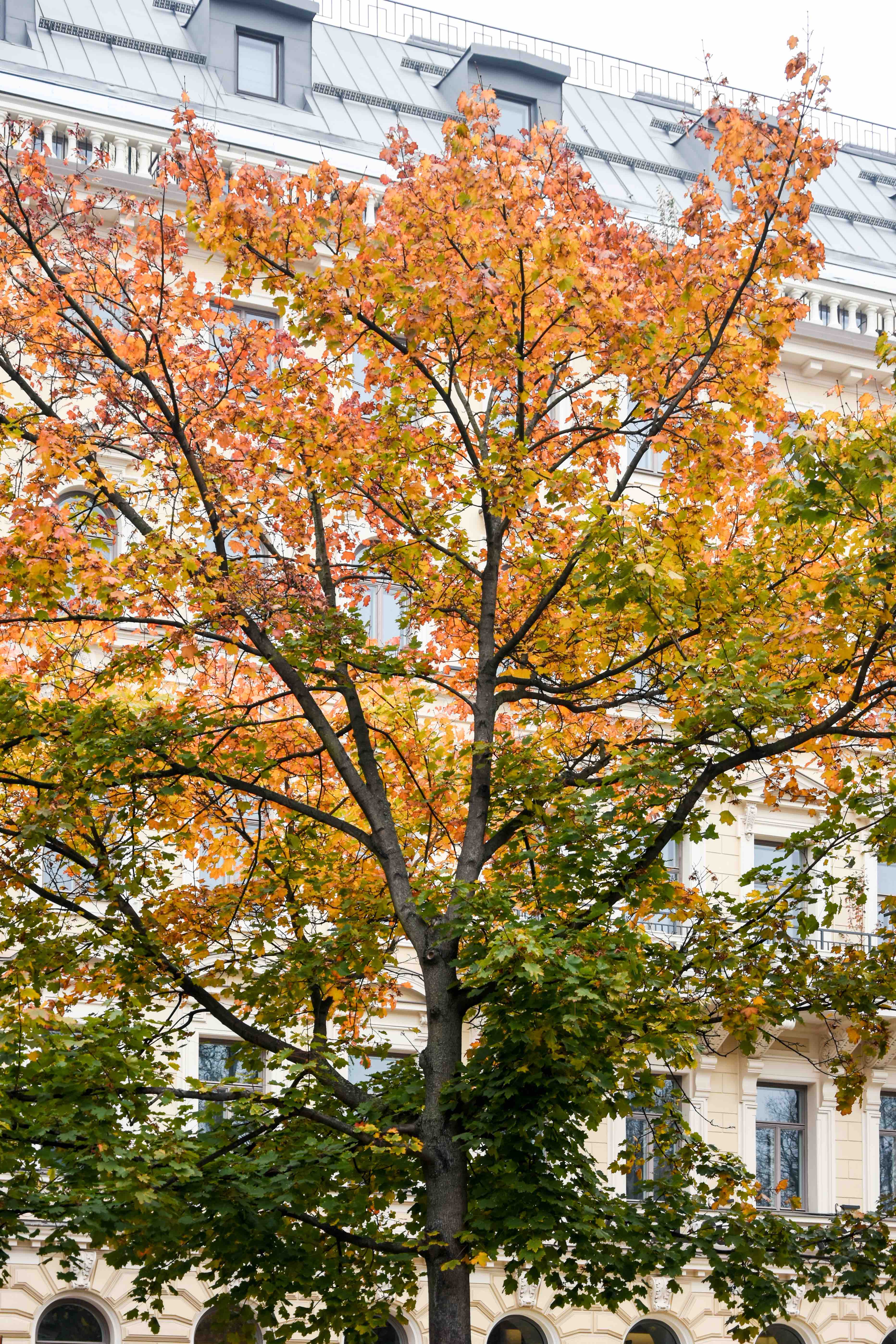 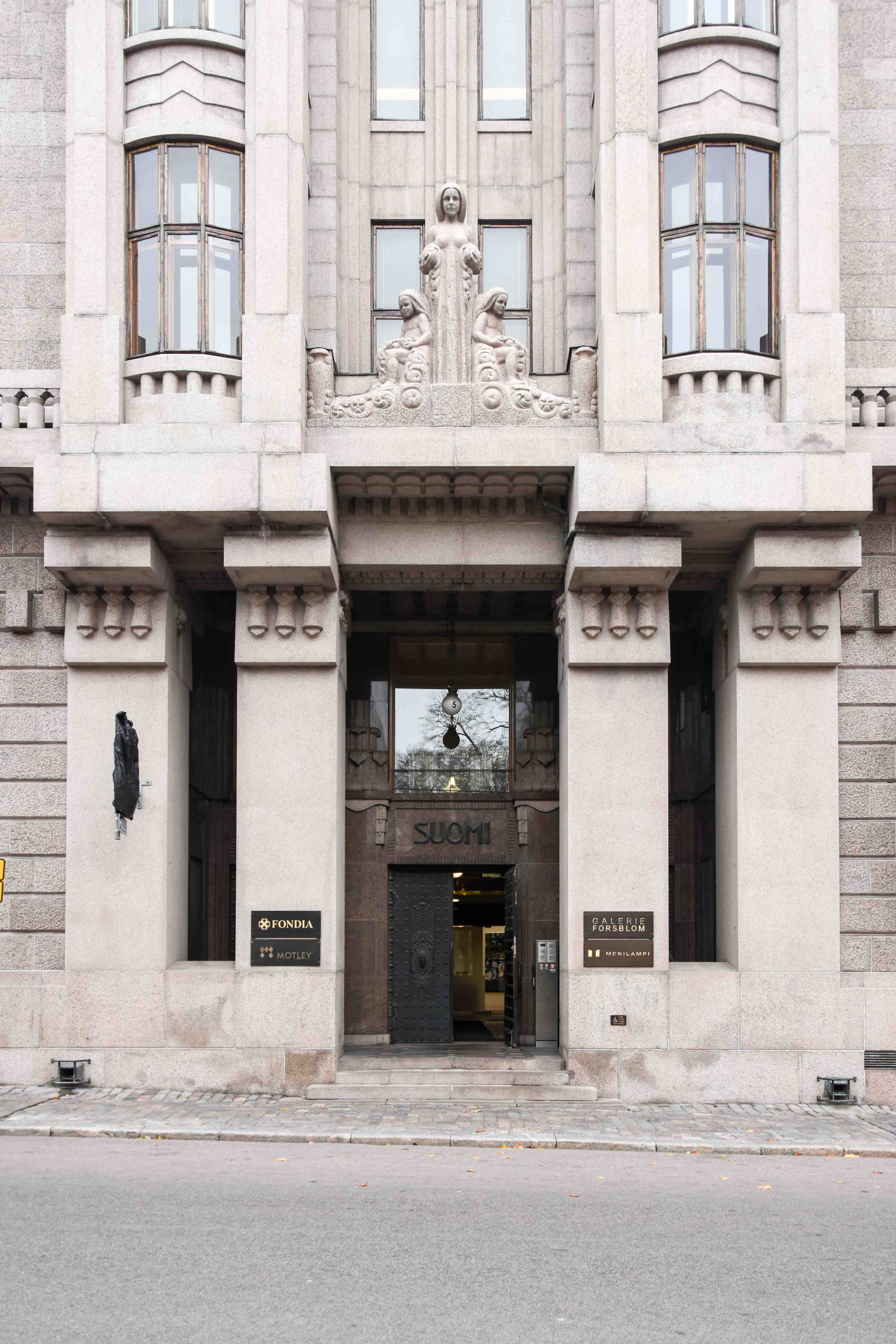 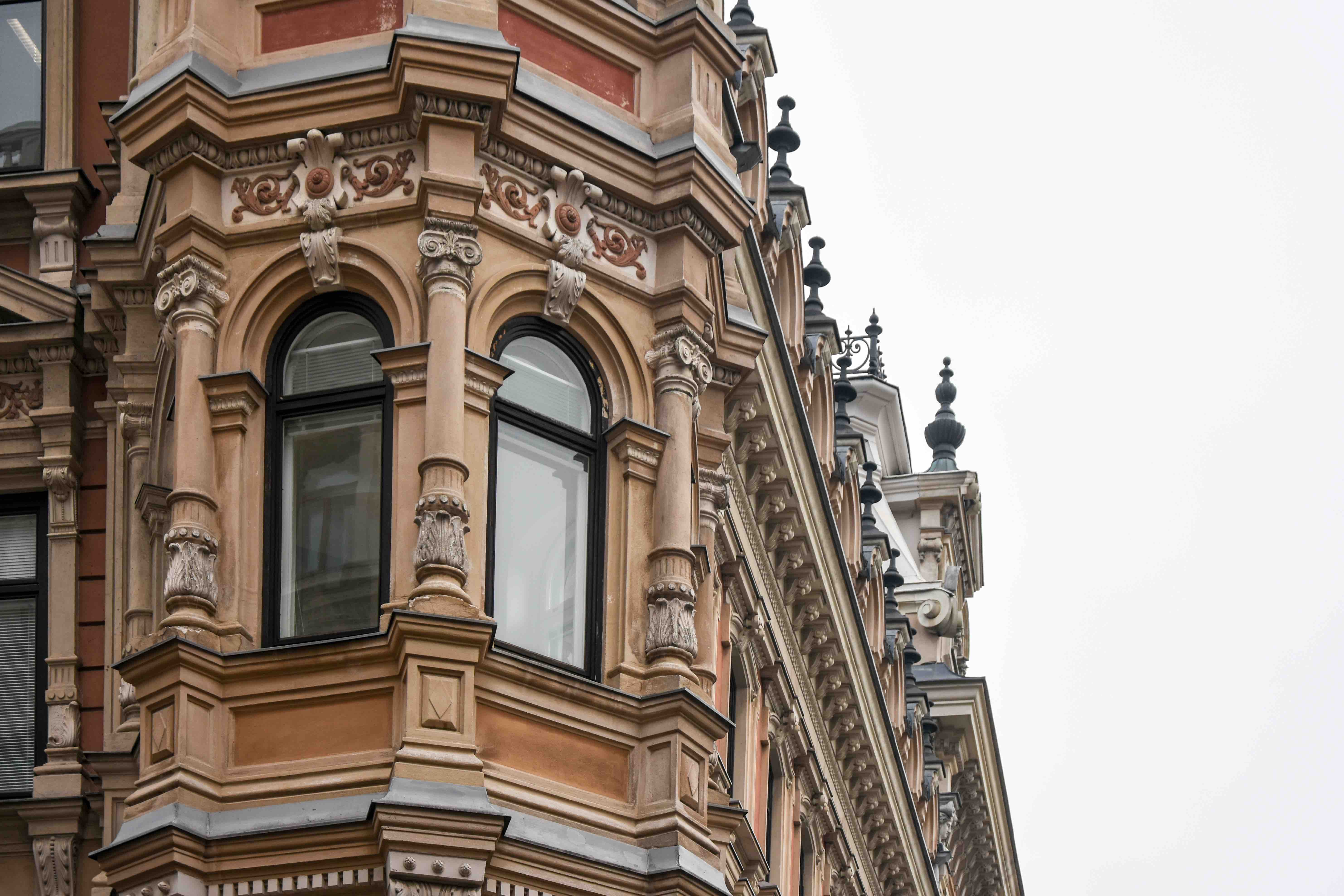 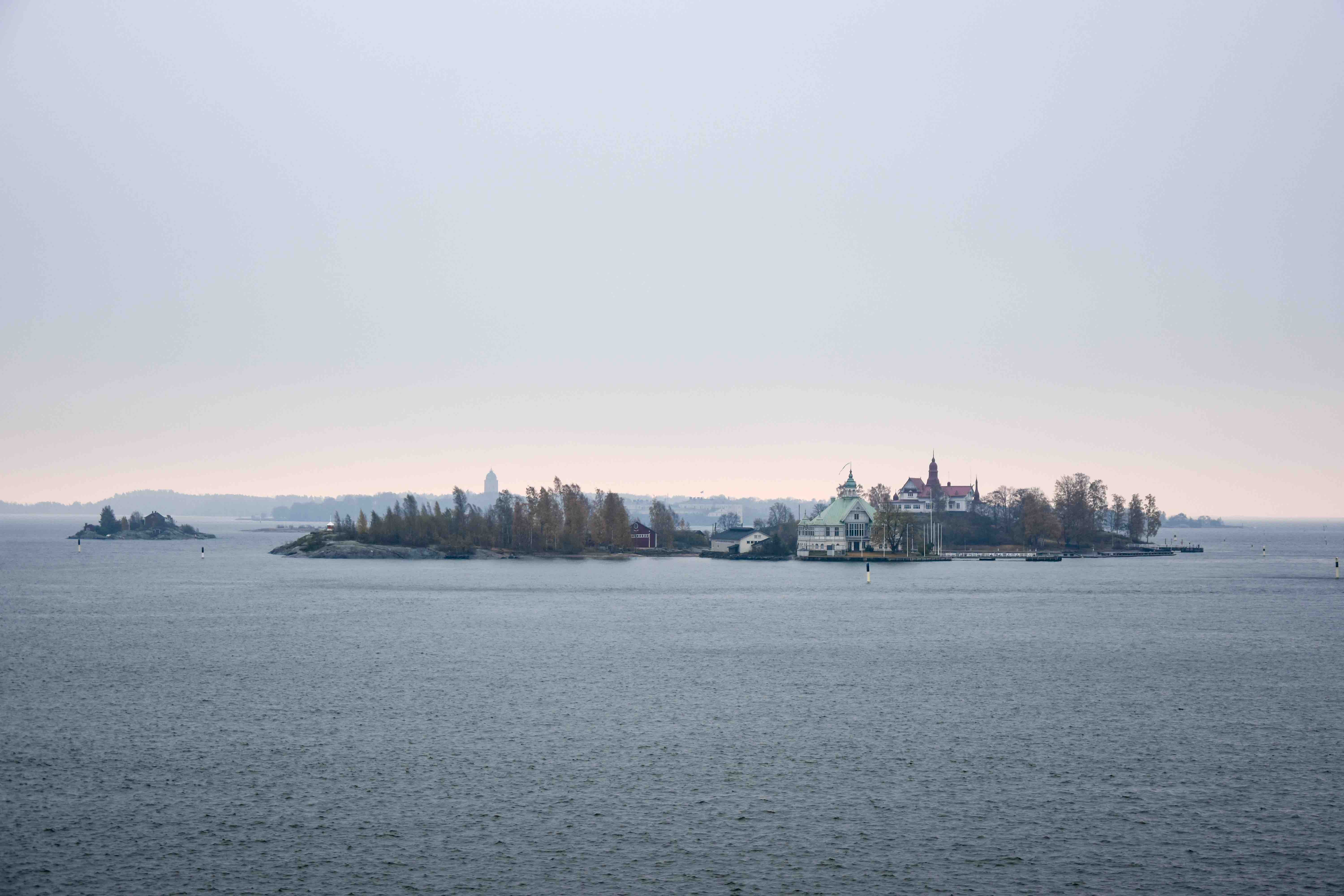 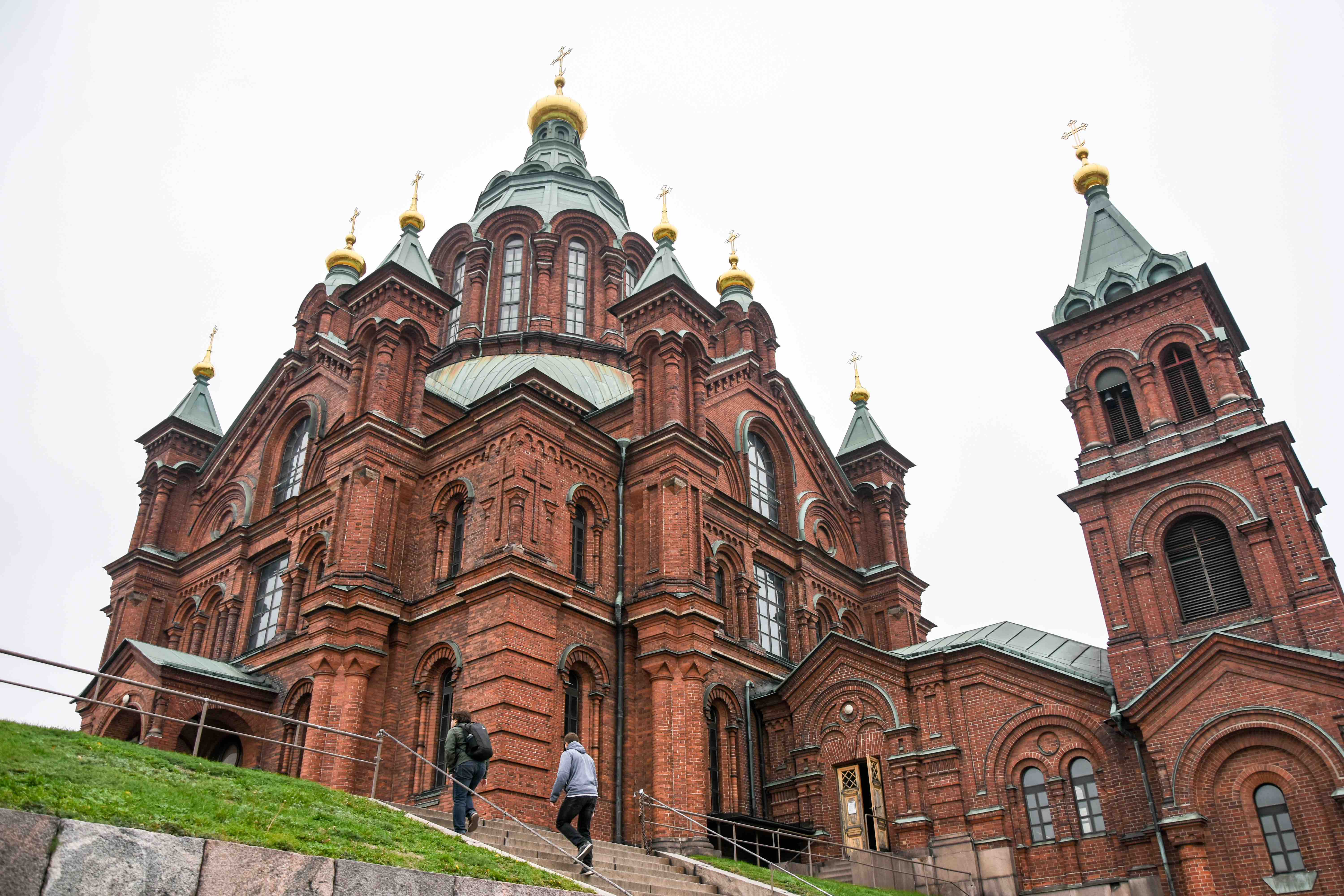 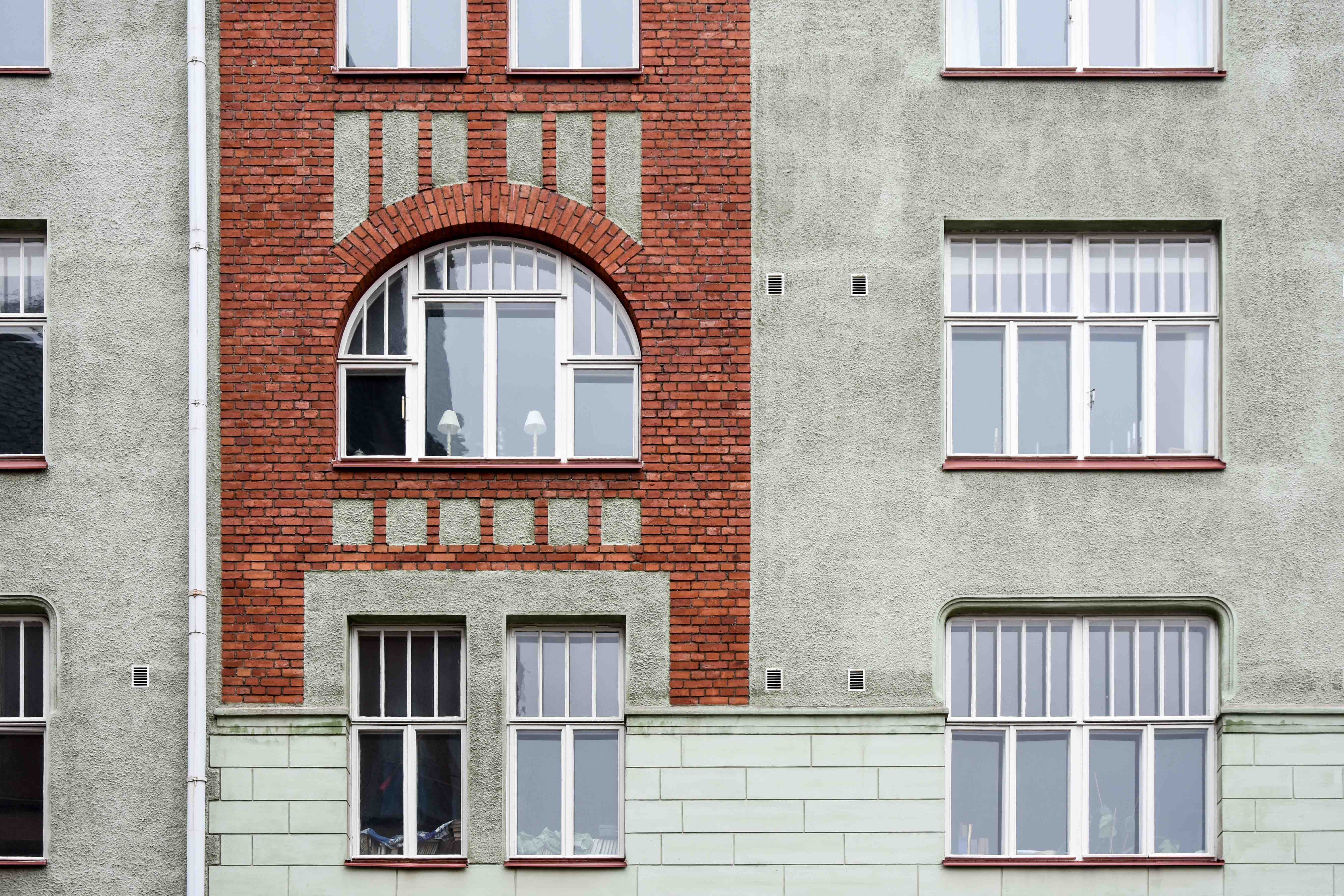 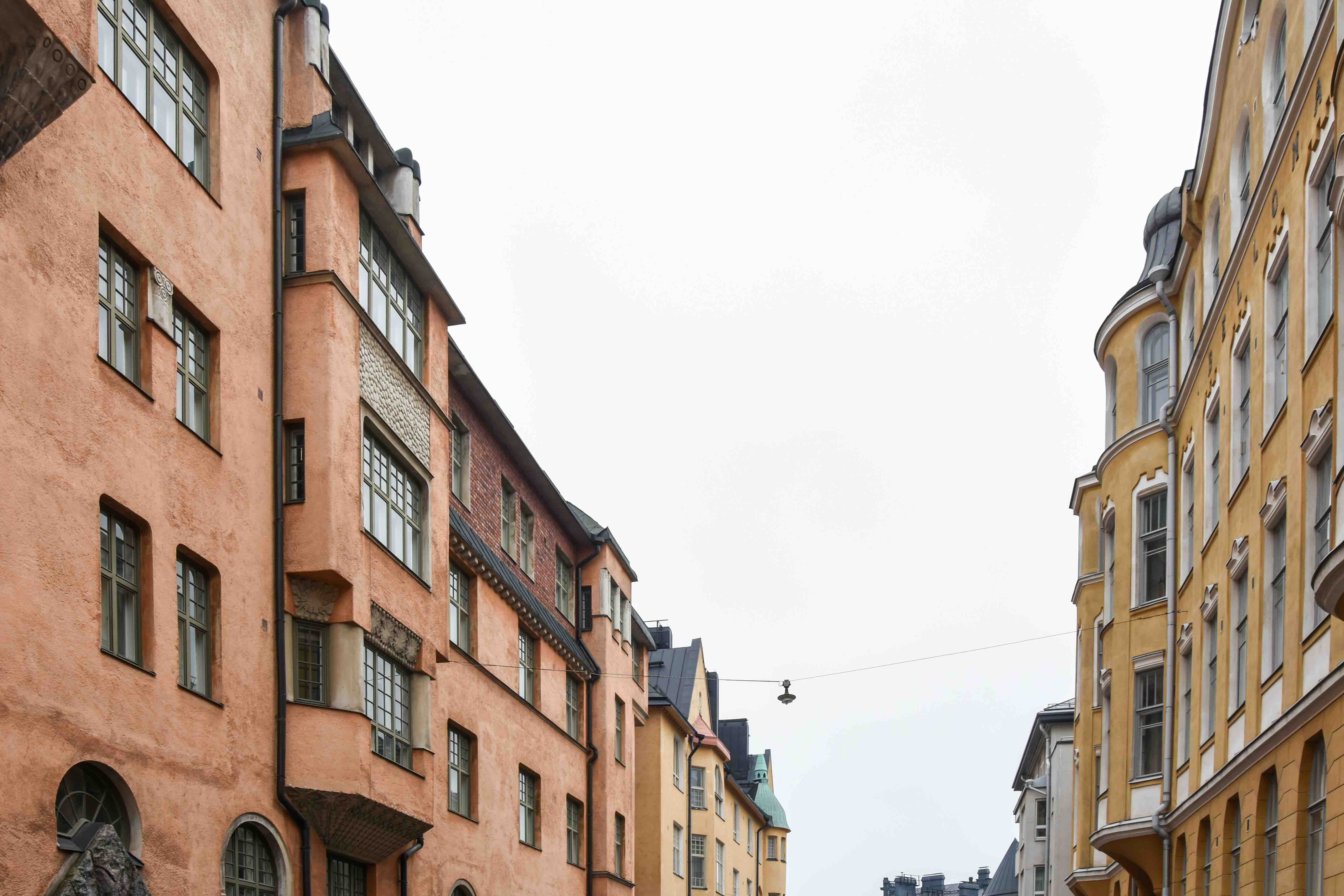 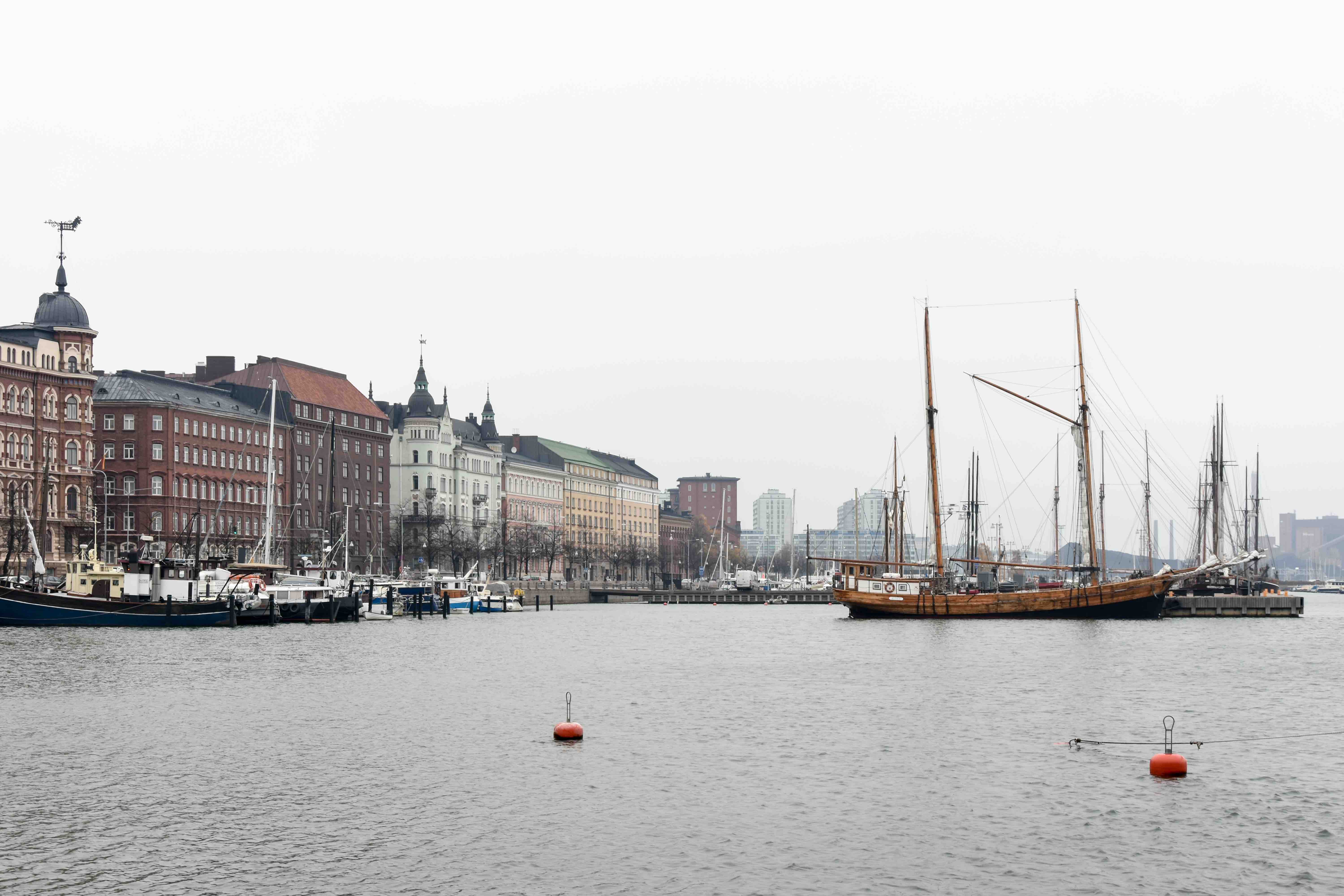 In the middle of autumn, the city was dotted with beautiful yellow leaves! We saw in the distance the small island of Tervasaari and decided to take a little walk there. After that the inevitable Helsinki Cathedral, or the White Cathedral, as it is known locally. Lutheran, and thus quite naked inside. From there we went to the central station, designed by the Finnish architect, Eliel Saarinen. Inside there is a Burger King that occupies part of the building, so also designed by Saarinen. We went then to Auditorium Finlandia, by the architect Alvar Aalto, probably the most known Finnish architect from all times.

Finally the most anticipated of the day, the Temppeliaukio church or Church of the Rock, a church built from a massive granite rock, whose interior was extracted to give shape to the walls. I went there on both days and in one of them the entrance was paid and on the other it wasn’t, so I didn’t understand the logic, maybe it was because the day it was paid there was a concert going on, which I was also told happened frequently. Still, according to the site it seems that it is always paid (3€).

I had dinner with the rest of the crew at Kiila restaurant where I had a very interesting reindeer burger.