The layover in Warsaw returned! When I started working for TAP there was only a turn around flight to the Polish capital, it is said that the beauty of the Polish women was so big that caused many divorces among TAP men so the layover was cancelled. But as soon as it started again, I asked for the best layover they have – the one we spent 48 hours in Warsaw. And without realizing it, I asked one from Friday to Sunday, so I challenged my mother to come with me.

Night flight there, we arrived at the hotel around 9am, slept two hours and went exploring. Our hotel is next to the Palace of Culture and Science, building of Soviet totalitarian architecture and the tallest in Poland. We rounded the building looking for the entrance to the panoramic terrace but when we found it the queue was such that we chose not to wait.

We moved around Warsaw mostly by bicycle. The city has a shared bike system called Veturilo with over 5500 bicycles around the city, docks everywhere. The “registration” in the app costs 10zl (~ 2.35 €) and the first 20 minutes are always free and if we exceed this time is very cheap either way (in the two days we were always using, we spent less than 5 €, already with the inscription). We then grabbed the bikes, passed the Unknown Soldier Monument, and arrived at the Old Town, which is actually a replica of that city, totally bombed during World War II. Before entering the walled city we decided to have lunch in one of the many terraced restaurants, whose maids are dressed in typical costumes, and eat one of the typical Polish dishes, pierogi – a kind of stuffed ravioli with all sorts of things. We ordered ten different to split and two huge beers and paid almost nothing! Poland is one of the cheapest countries I’ve ever been to, where we can order whatever we want without looking at prices and yet the bill comes lower than expected.

We went up the tower of Saint Anne’s church, overlooking Zamkowy square, one of the entrances to the Old Town wall (Stare Miasto), with its colorful and well-kept houses. We walked the beautiful streets to Market Square, the main square of the Old Town, where we found the statue of the Warsaw mermaid – a mermaid with a butt! We left the walled city by the other exit, the Barbican Gate, which leads to the new city (Nowe Miasto) where we refreshed ourselves with ice creams and Cokes.

Then we took the bikes and went to the POLIN Museum on the history of Polish Jews, one of the largest communities living in the largest guetto in the world, there in Warsaw, and later slaughtered during the Holocaust. Unfortunately the museum was already closed but we could see the Jewish Monument and the museum outside, whose building is beautiful. We got back on the bikes and went down to the Vistula River, which is full of life, bars, fountains where children play, statues and even the Design Museum. Almost an hour later we arrived at the hotel, where we took a quick shower, to go out to Nocny Market , a place with food stalls from around the world. 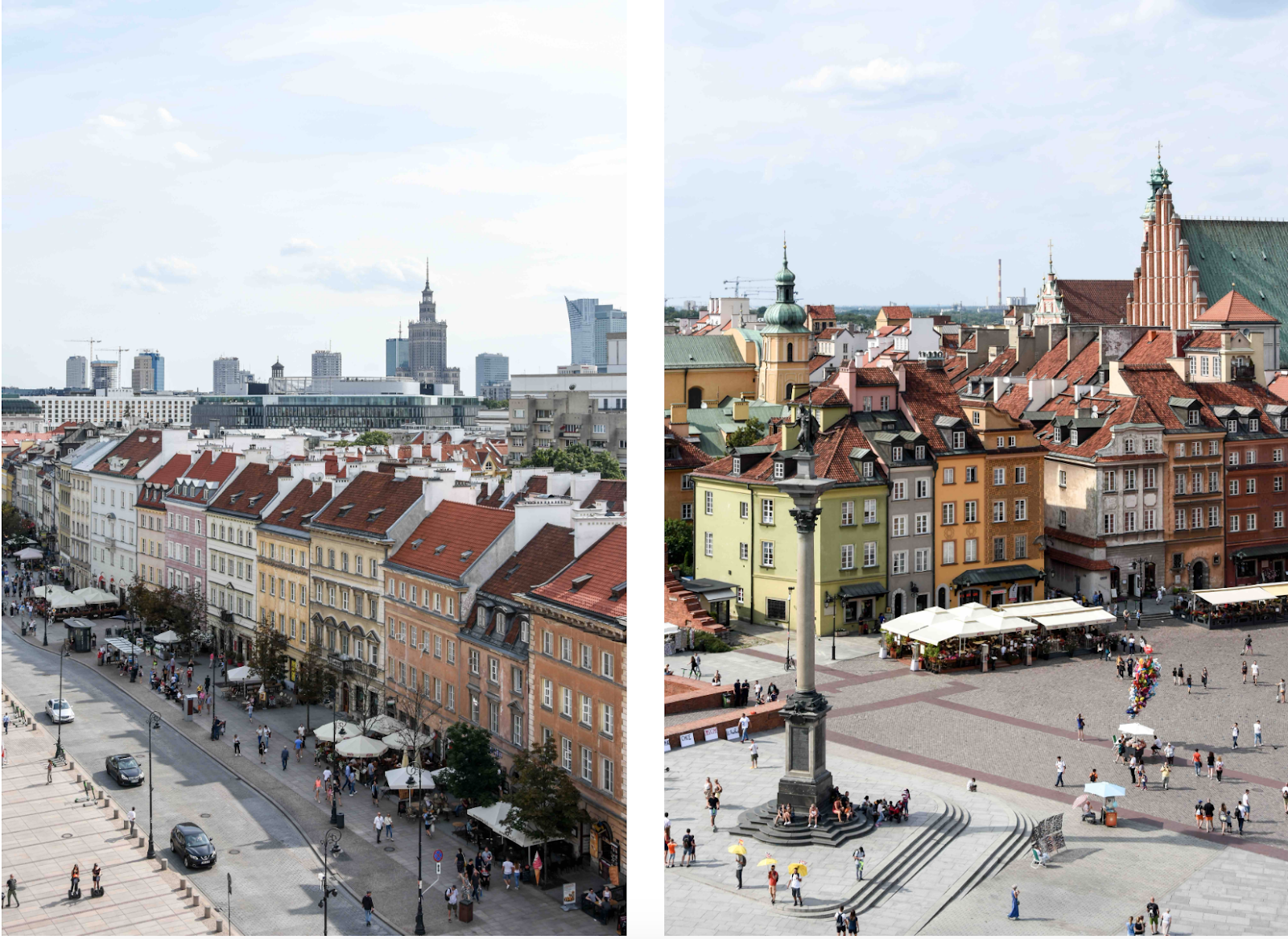 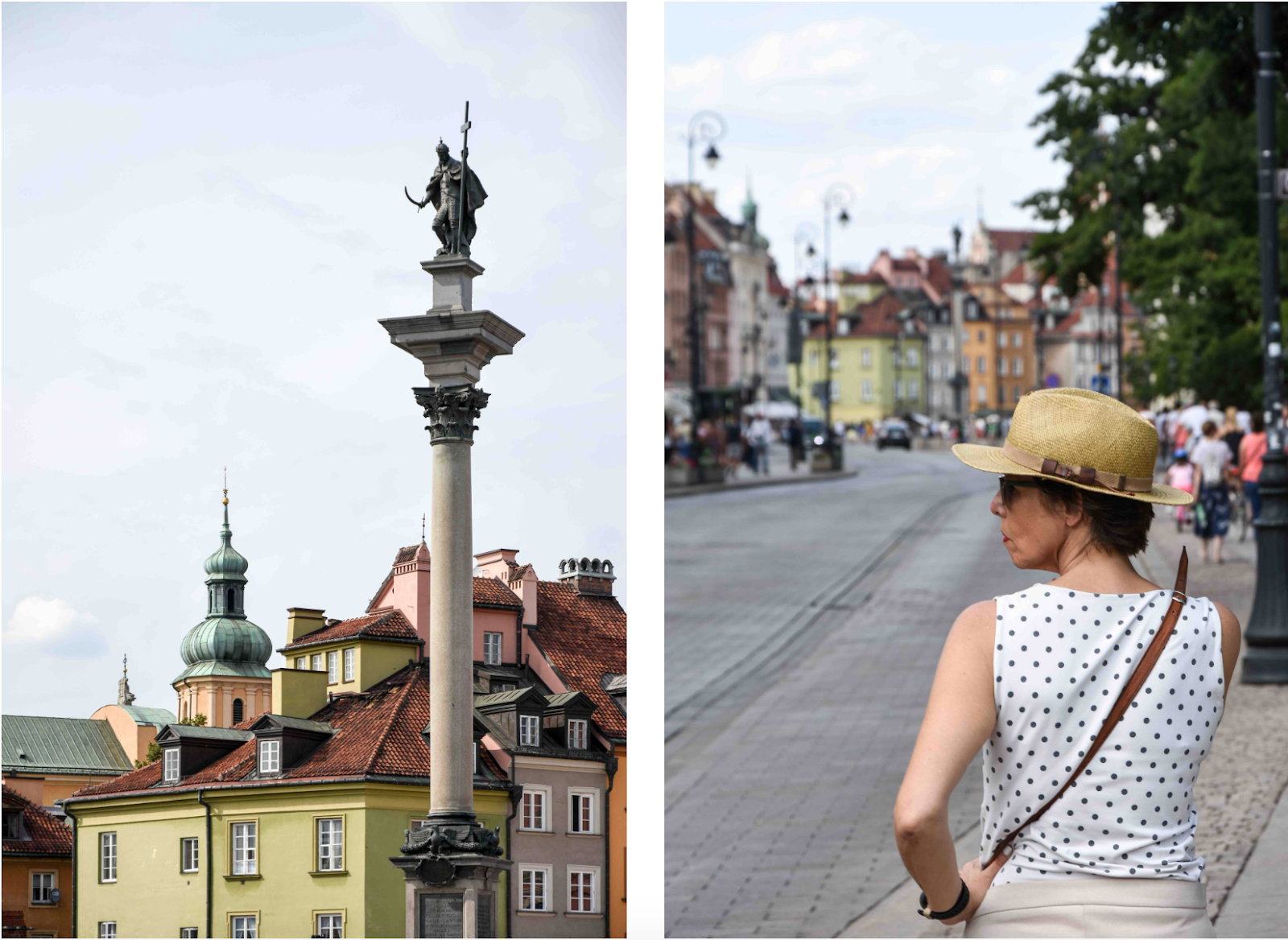 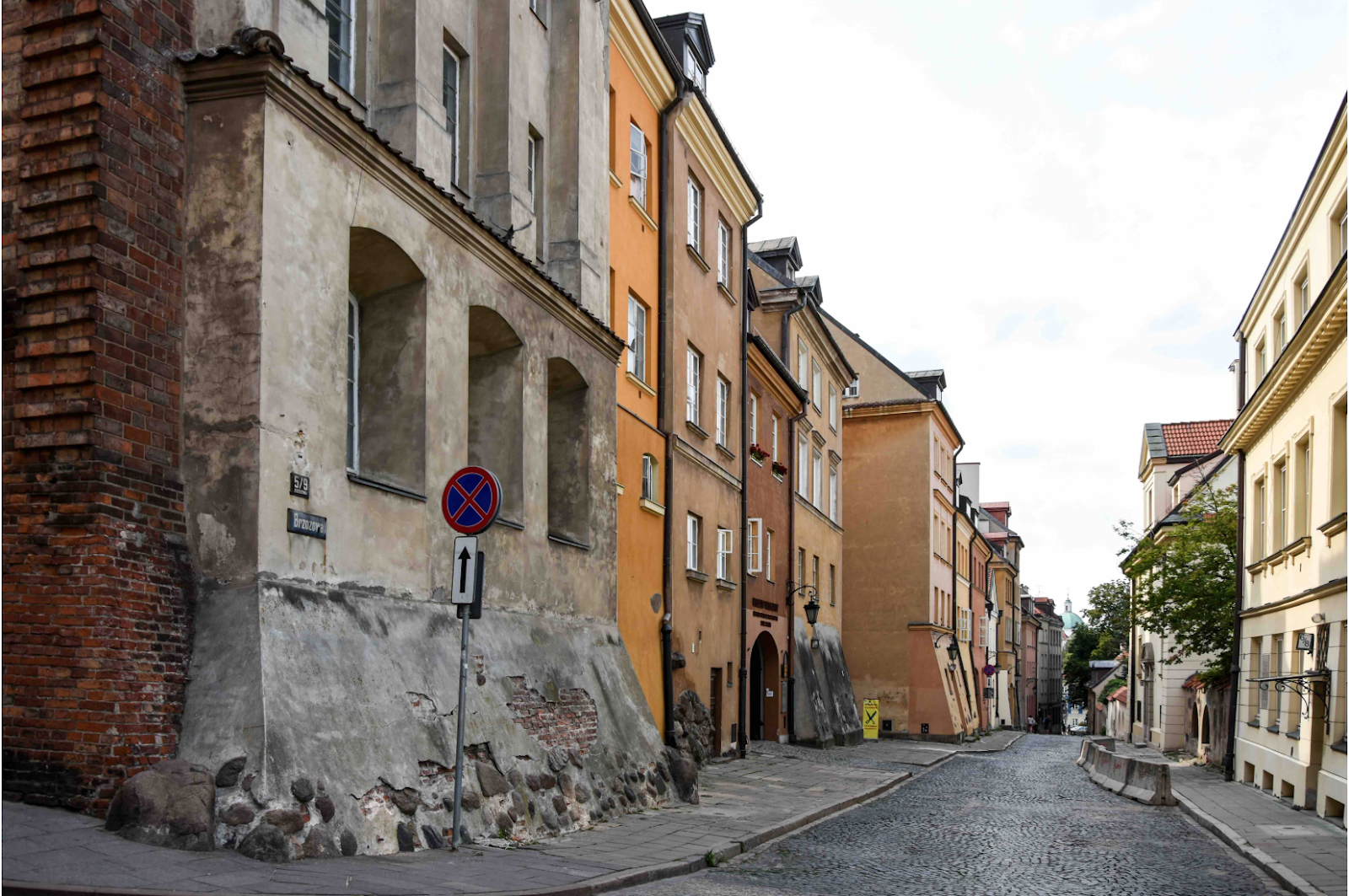 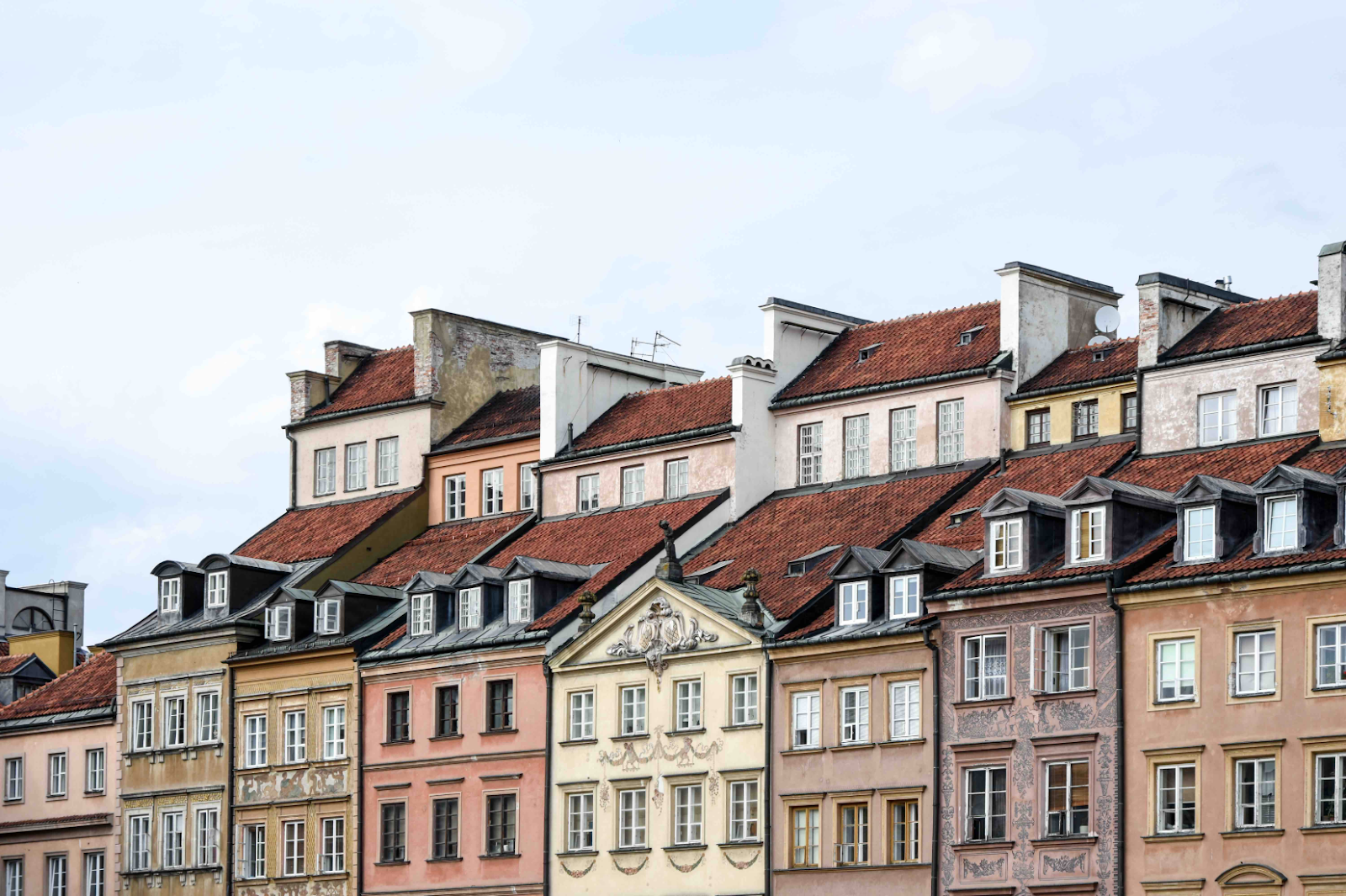 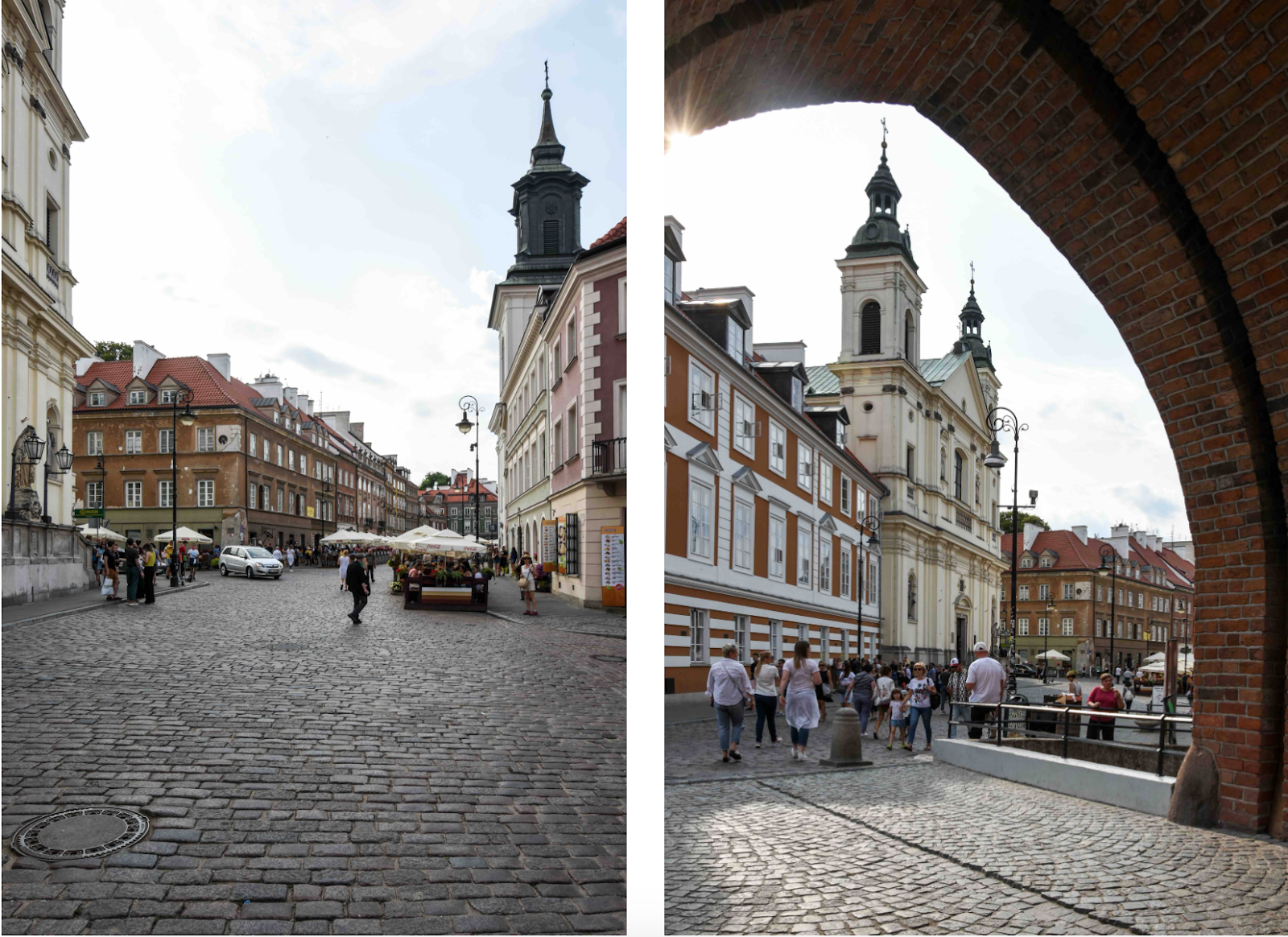 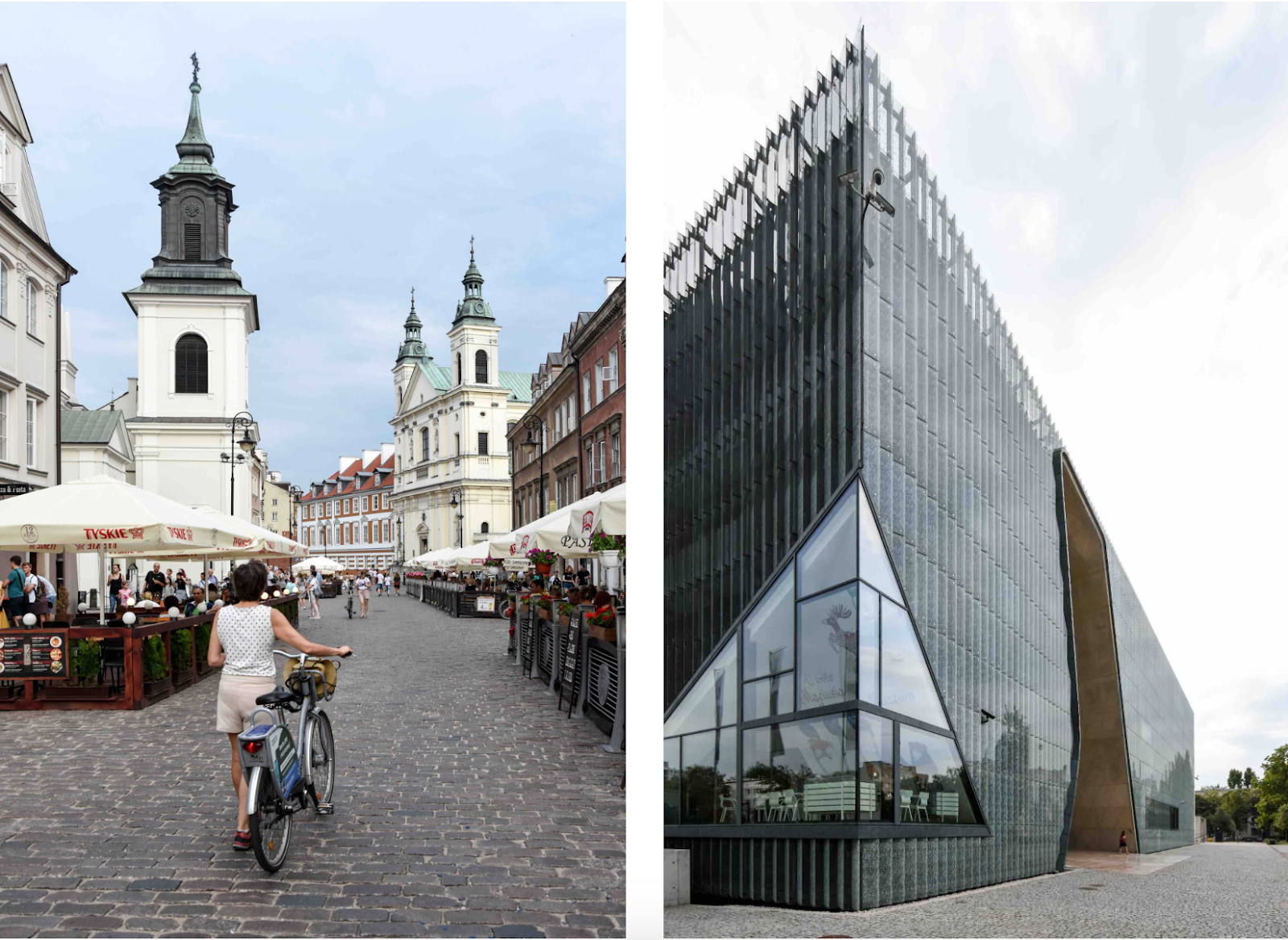 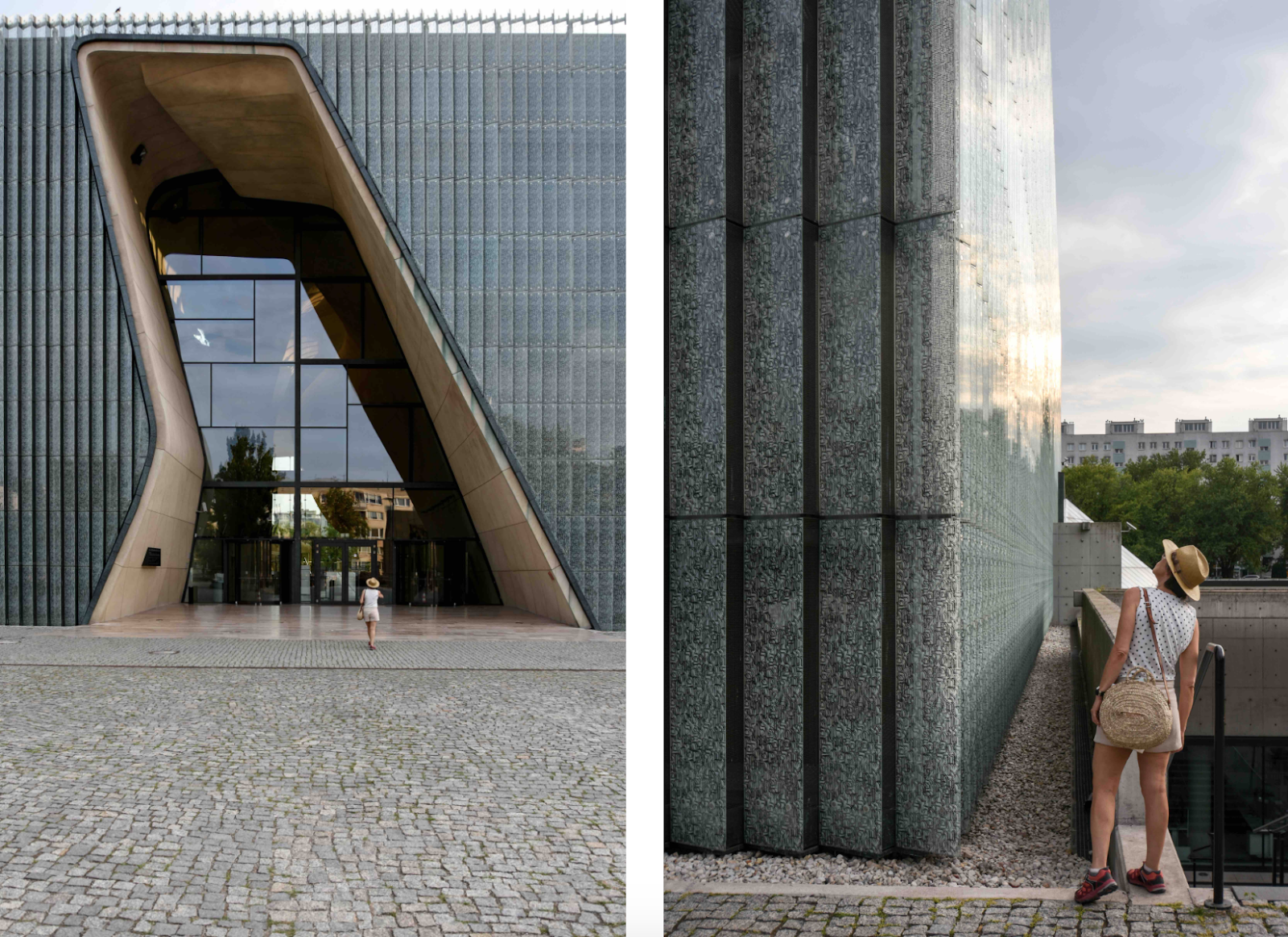 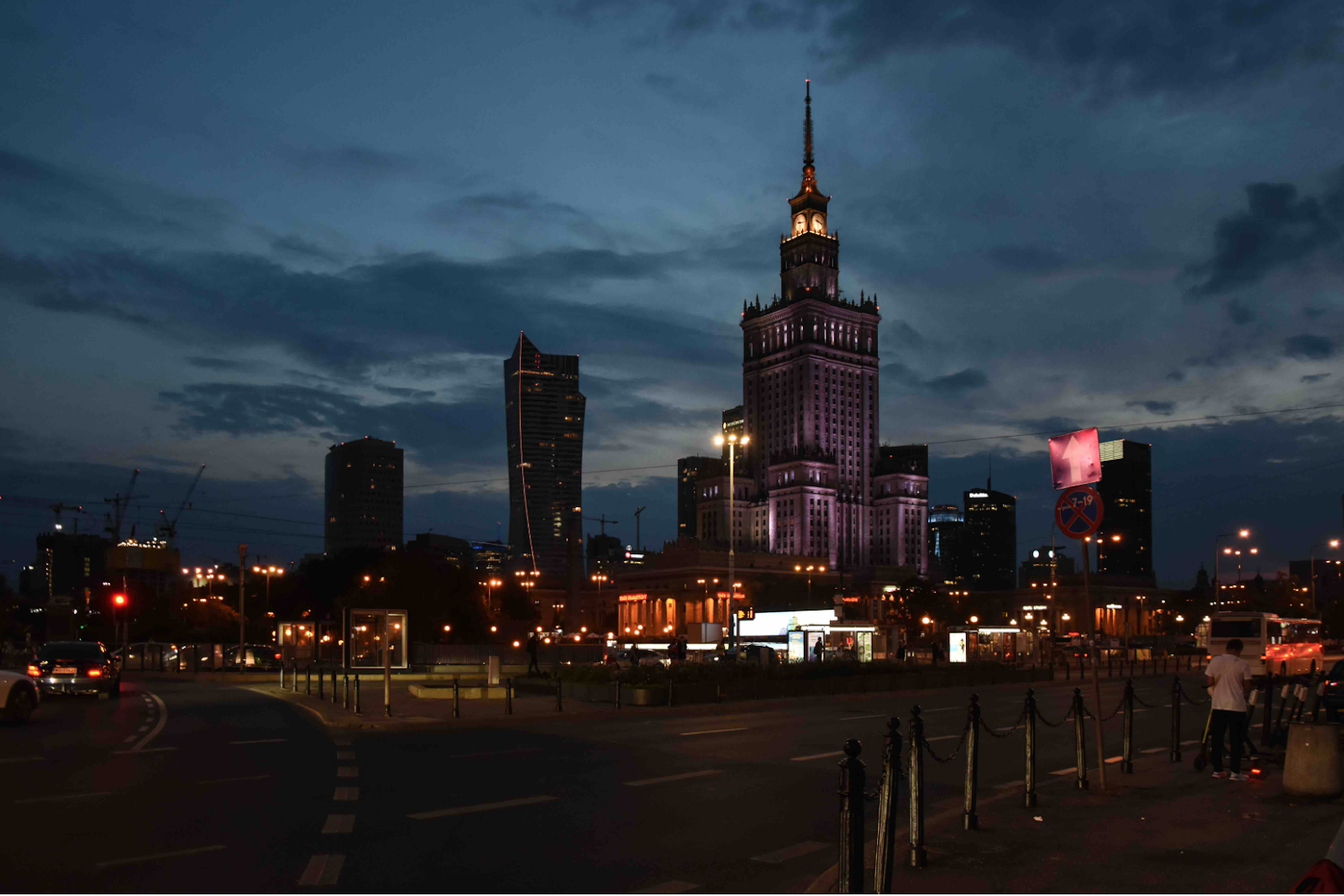 On our second day the plan was to grab the bike and head south to explore the huge green spaces of the Polish capital. Before that we still went to see the statue of Copernicus, we entered the church where the heart of Chopin is located – at the time we did not know that, we only entered because I wanted to see if it is true that the Polish churches have people praying every hour and yes… Chopin is all over the city, from benches that tell the story and play music of this composer, to the museum house itself.

We then entered the woods and gardens of Warsaw, the greenest capital I have ever seen! We went a little aimlessly, following what we wanted, from Soviet monuments, to the beaches of the Vistula River, finally arriving at the Łazienki park, with lakes and palaces everywhere and the great monument to Chopin! We wanted to visit this park not only for its beauty but also because there were free concerts every hour on every July weekend. After strolling through the park and photographing the beautiful palace of Łazienki, we watched a concert by the fabulous Sutari, a trio of girls playing traditional Polish music with a twist.

We had dinner at Nowy Swiat Street, a “no traffic street” during the weekend, full of restaurants. My mother still went for a milonga and I returned to the hotel, because the next day we would leave at dawn to return to Lisbon. 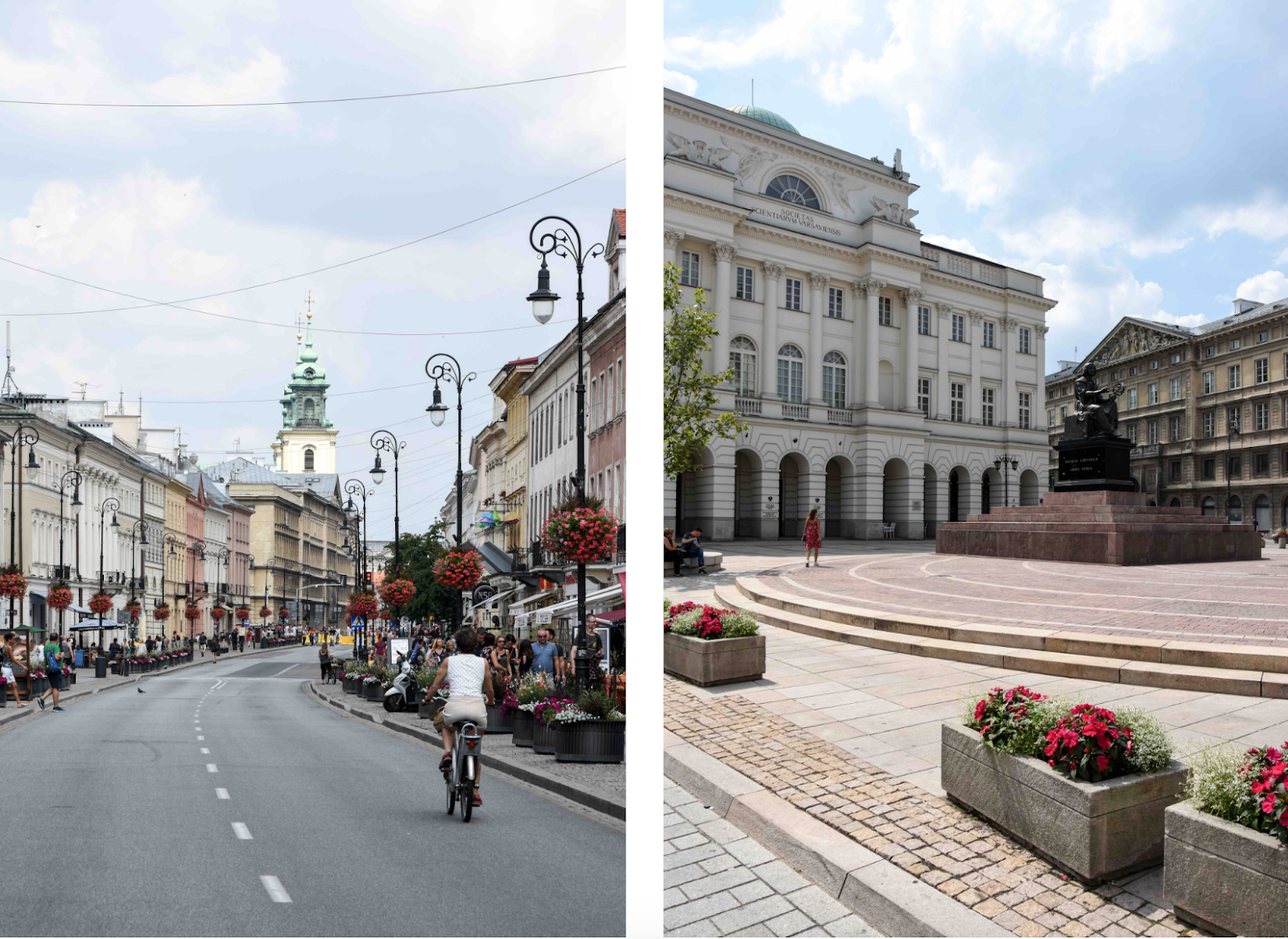 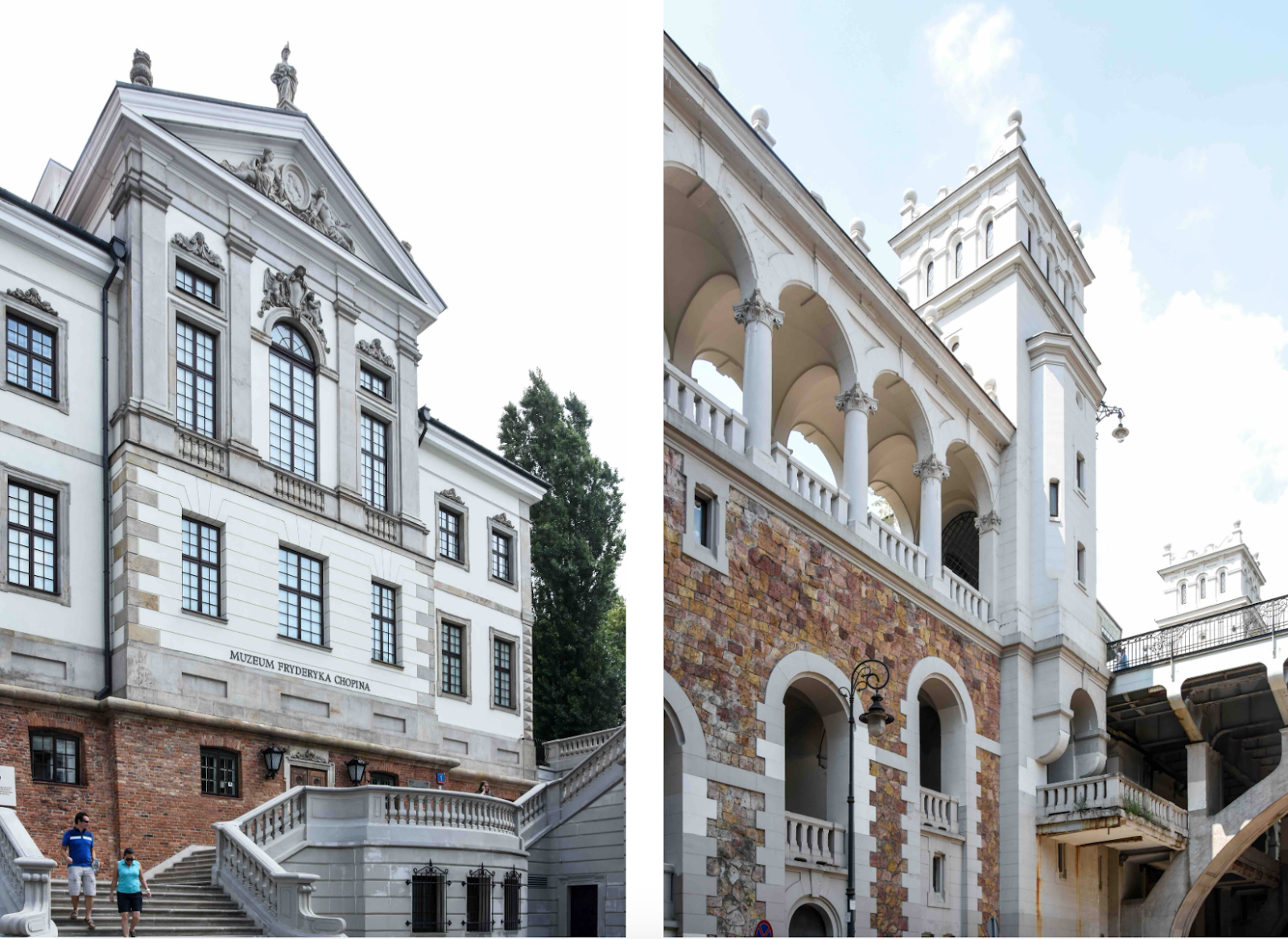 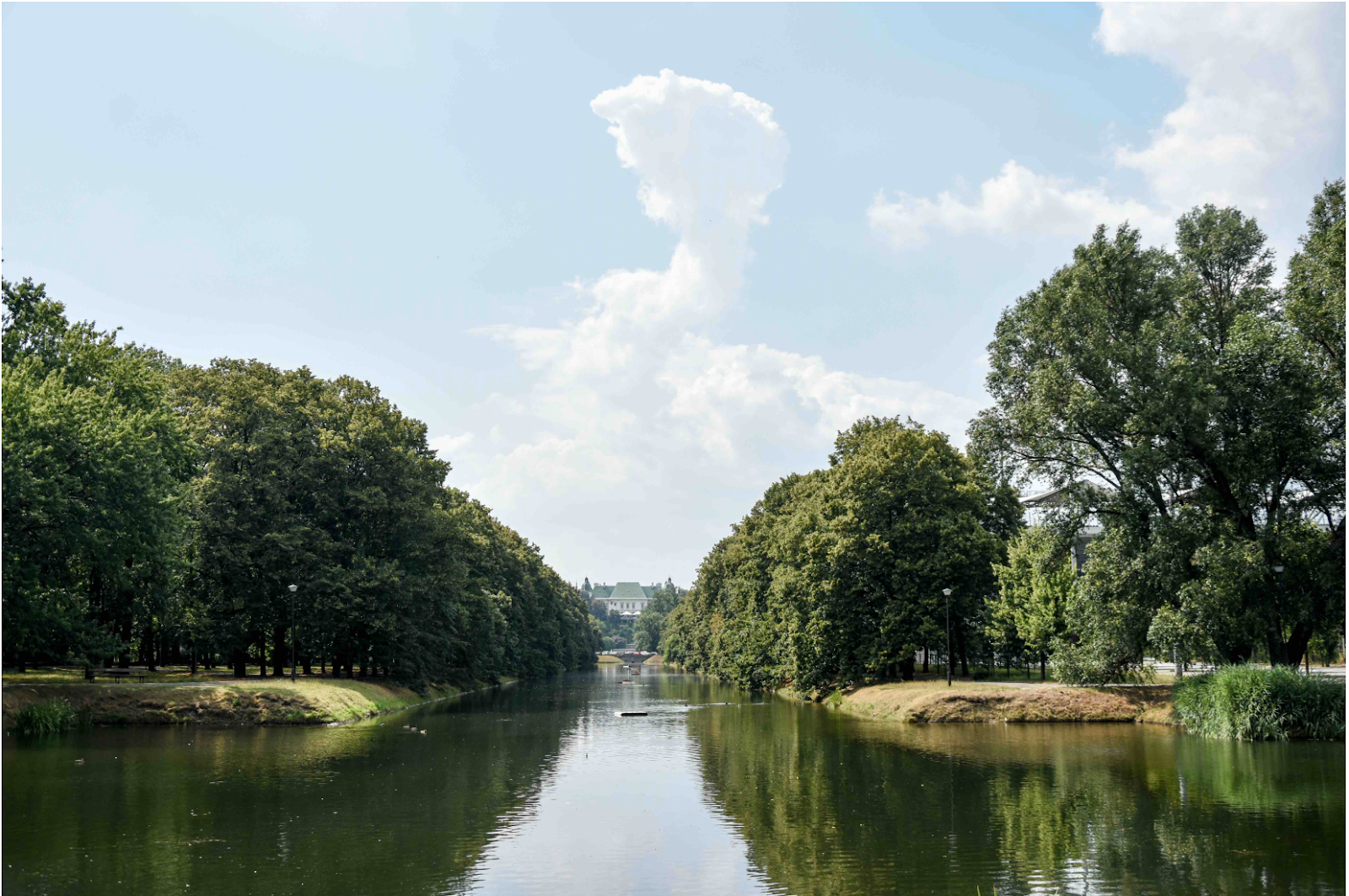 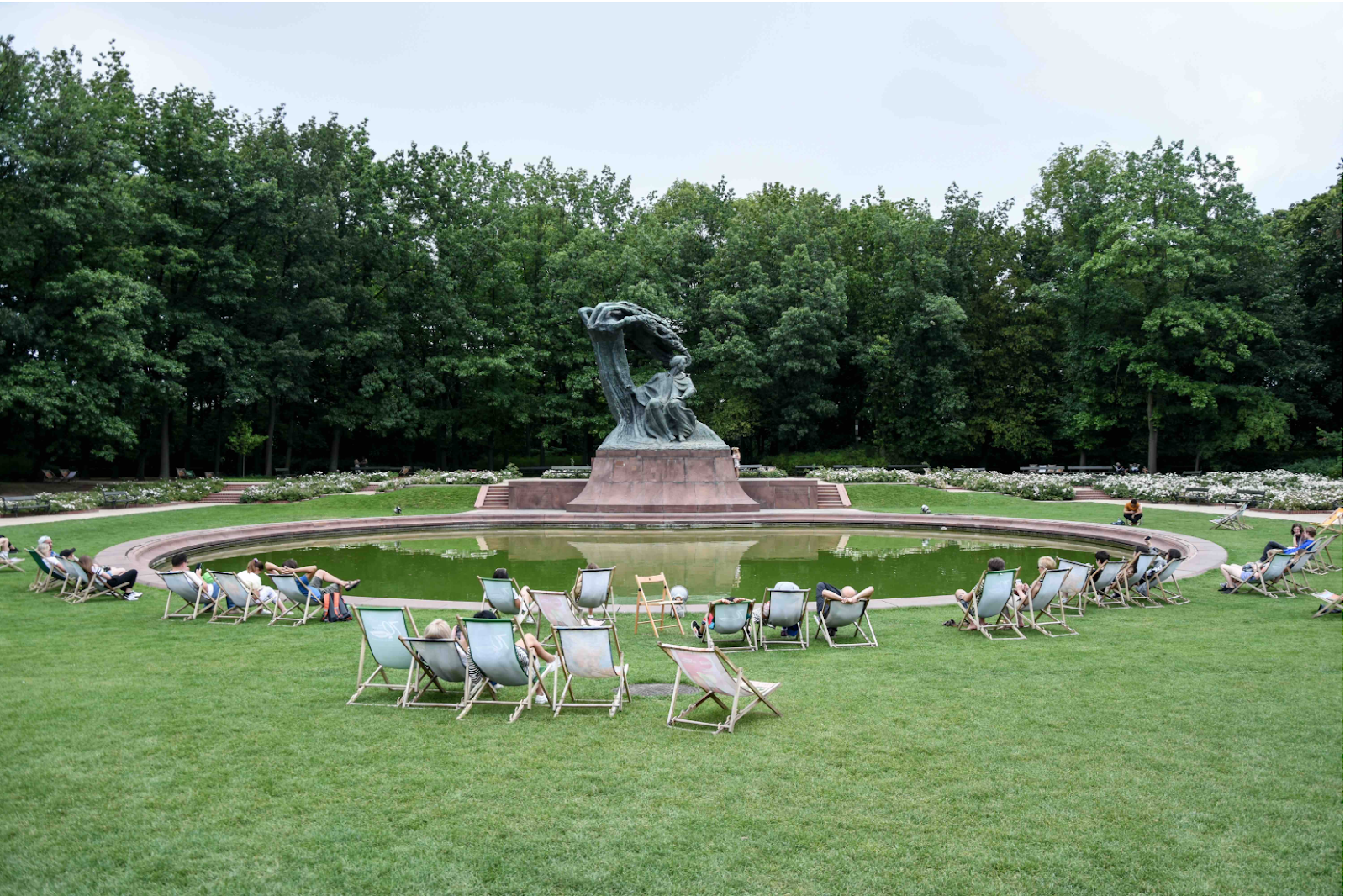 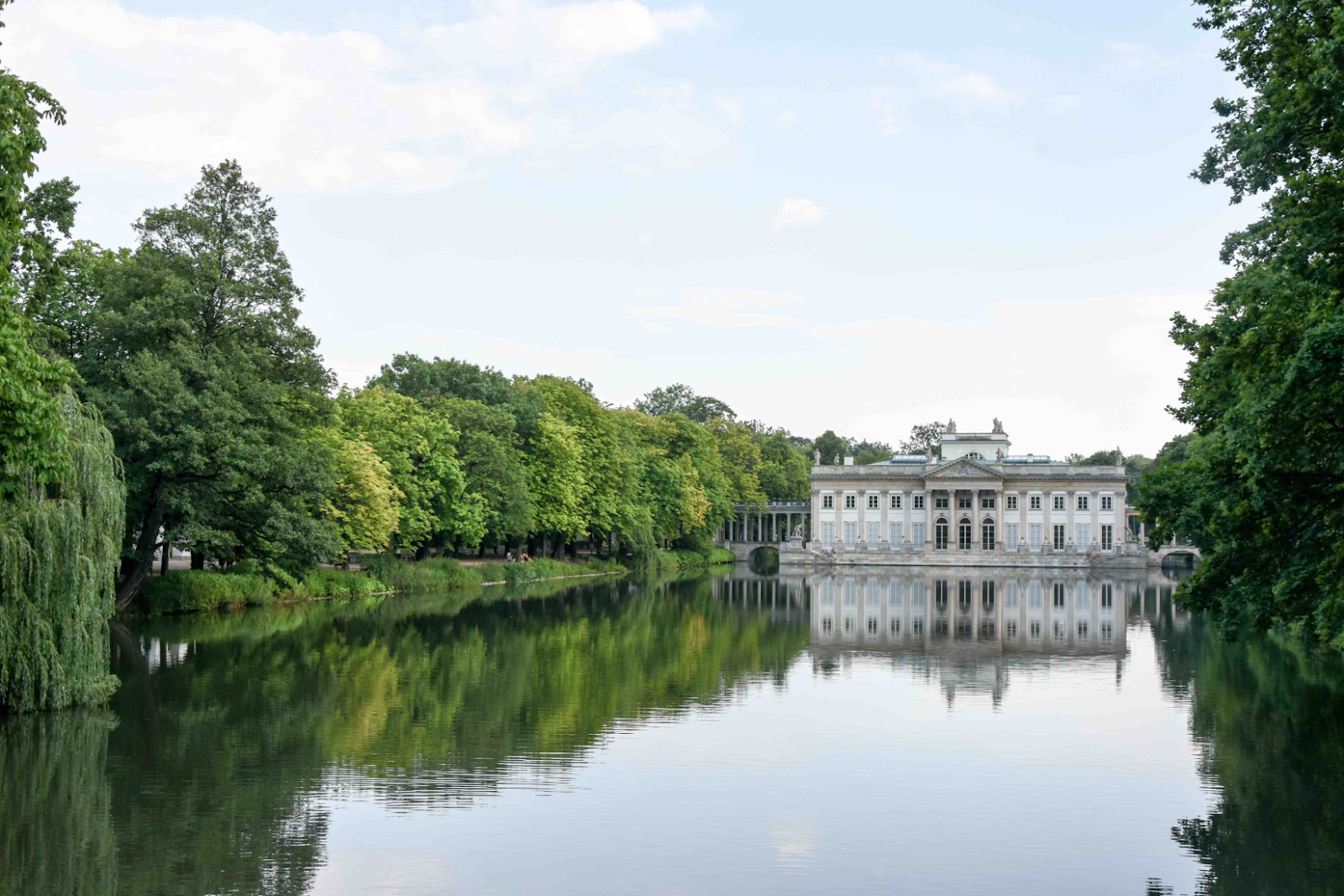 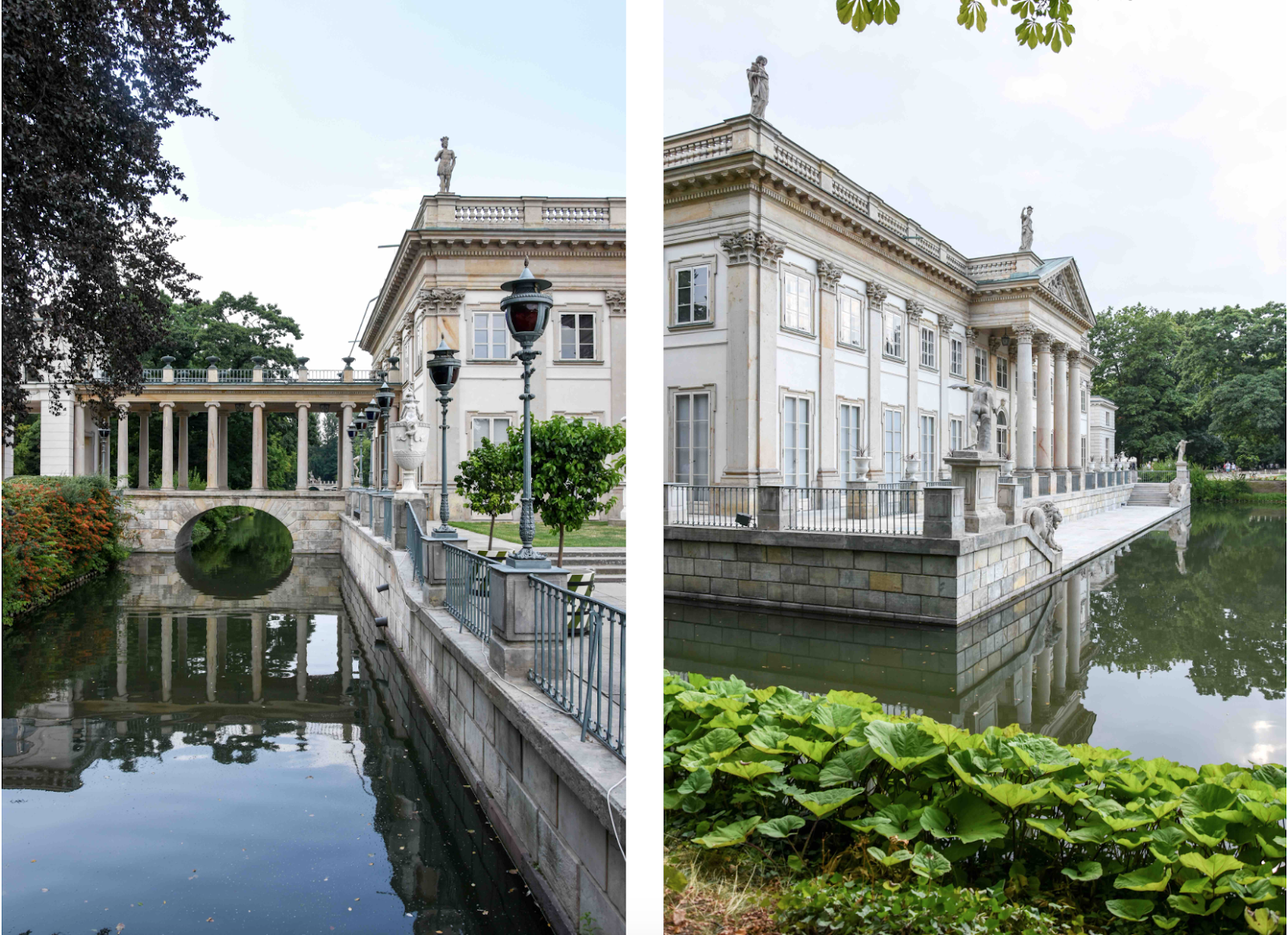