Reasons to go to Mérida in exchange 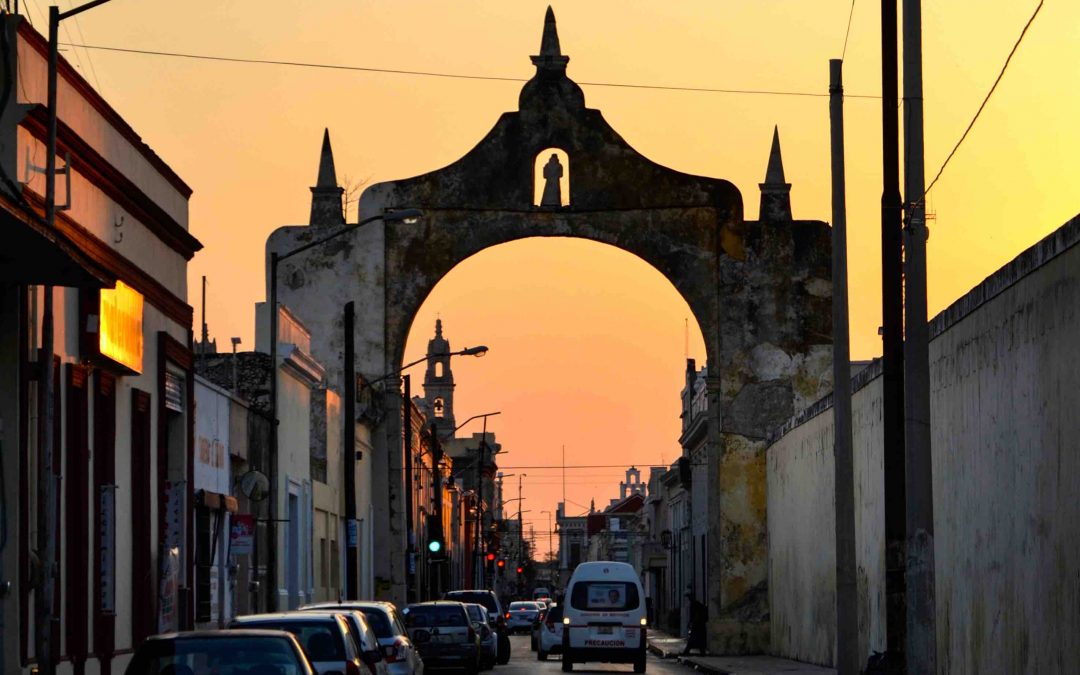 I was in Florence, doing my Erasmus, loving my second year abroad. It was April, which meant the experience was almost over and, though I love Portugal, I really didn’t want to go back for two more years of university.

One day I arrive home after school and I had an e-mail from the International Office of ISCTE talking about seven scholarships Santander was offering to study in Latin America (Programa Ibero-Americano). There was a huge list with all the participating universities of each country (Argentina, Brazil, Chile, Peru, Uruguay, Colombia, Puerto Rico, Spain and of course, Mexico) and we just had to check if the university had our field of studies.

Te scholarship was just for the second semester (January to June) and I hate winter and cold weather so I excluded immediately the south of Brazil, Uruguay, Argentina and Chile. Spain was not even a possibility and from all the other places Mexico was the one I thought it would be better! I still thought about the north of Brazil, but everyone told me the universities there were not that good and in Rio de Janeiro there was no architecture in the universities they were offering. Mexico, then!

I didn’t know much about Mexico, just heard about Mexico City and how unsafe it was, Cancún and the Riviera Maya and Monterrey, as I had friends from there. It was the first place I checked, but it was too far away from the shore. Then I started just searching for images of the different cities. I considered Cancún but I was afraid not to study enough if I would just to go the beach and then I checked Mérida, also in the Yucatán Peninsula. It was perfect, not far away from the Mexican Gulf beaches, also not so far away from the Caribbean, then I read it was one of the safest cities of Mexico and that was summer during the whole year. Also the university (Universidad Autónoma de Yucatán) was ranked as one of the best public universities of Mexico. It was decided!

Something amazing was that the local student groups had access to the lists of people who were coming to study in Mérida, so they contacted us offering any help even before we arrived. We could talk to all the students from all over the world who were going there, people would put there house announcements, it was great! The best groups for me were Integrate Mérida (more like Erasmus, not that many mexicans but the best parties!) and Aventurate Mérida (the best trips, the most mexican possible, not as “Spring Break” as the first – I think this one is no longer available) and then Backpackers Mérida (Raul loves Mérida and loves to show it through the mayan way, he also teaches you a lot about the places,  Mexplorando and Movy Mérida (who organized most of the trips).

When I talk here about mexicans it is because most of the exchange students are actually mexicans – as the country is so big they do an exchange without having to leave the country, which is great because you can meet mexicans from all over the country (and then visit them during holidays!)

With these groups you can travel for prices so cheap you can not believe it. I went with organized trips to Ek-Balam, Chichen Itza, Isla Mujeres, Playa del Carmen, Tulum, Bacalar, Mahahual, Holbox, Rio Lagartos, Las Coloradas, Valladolid, Calakmul, the Ruta Pucc, cenotes, well everywhere in the Yucatán Peninsula! Most of the times we would camp on the beach, it was amazing!

Then another advantage are the prices! Mexico is cheap for Europeans, and now is even cheaper, as the peso rate is going down. (Check my post “How much does it cost to live in Mérida“).

If you were in Mérida or in Mexico and you have any tips or reasons to add, just comment bellow, if you are thinking about going there and still have doubts, don’t be afraid to write me!

So, reasons to go to Mérida in exchange: