Azores in January. In the Azores it does not really matter the air temperature, because the natural volcanic pools are all warm. In fact, you it’s even better when it’s cold outside, like taking a bath where the water never cools down.

We thought going to Furnas, to Poças da Dona Beija, some pools already touristy explored for some years now, but in the way we wanted to visit Caldeira Velha, some pools the last time I was there in 2012, were still freely accessible. On the way we stumbled across Lagoa do Fogo, since it was the first visit of one of our colleagues to São Miguel and she should not miss such incredible sight.

When we got to Caldeira Velha, we realized that also this one had already suffered some intervention and that we now had to pay to get in. 8 € if we wanted to go inside the pools, 3 € if we only wanted to walk in the park, both tickets valid for two hours. To differentiate us, to those who were going inside water was given a red bracelet.

On my visit in 2012 I only remembered one pool, the one with the waterfall, which was not very hot (between 24º-27ºC), but obviously the most beautiful. Now there are two more, with water between 36º and 40ºC, perfect for these winter days and where we spent most of the time.

As we were two hours in the Caldeira, we decided that it would not be worthy still going to the Poças da Dona Beija, since it would be more of the same for one day, even though I consider both totally worthy! We went though to Furnas to have lunch, where we also bought the famous (and best in the world) Bolos Levedos of Rosa Quental – go early, they end quickly!

This tour was made possible by ANC rent-a-car, super friendly and flexible staff, pick up and drop off at the hotel in Ponta Delgada and, most importantly, have cars at super affordable prices! And they even organize island tours and whale watching! 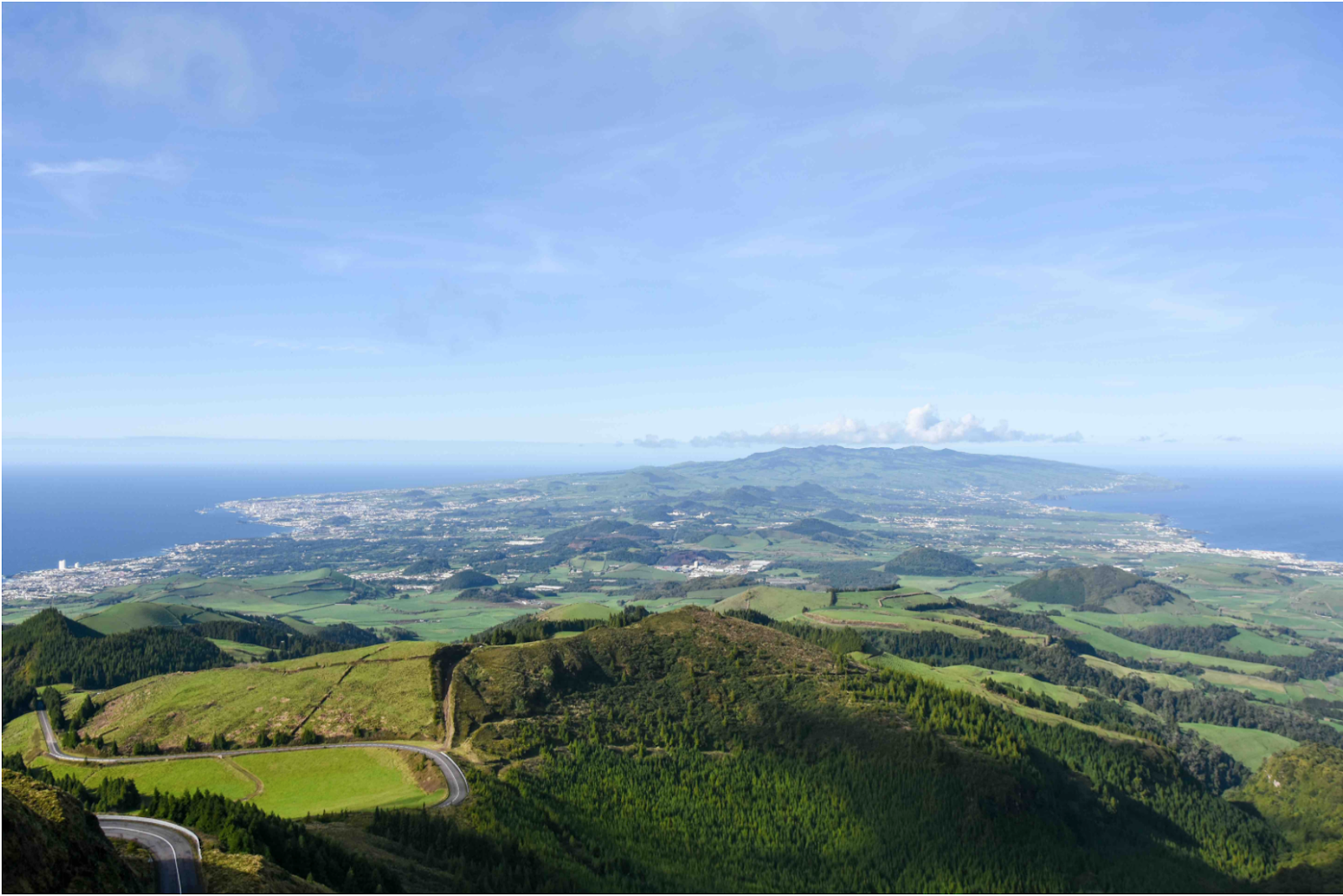 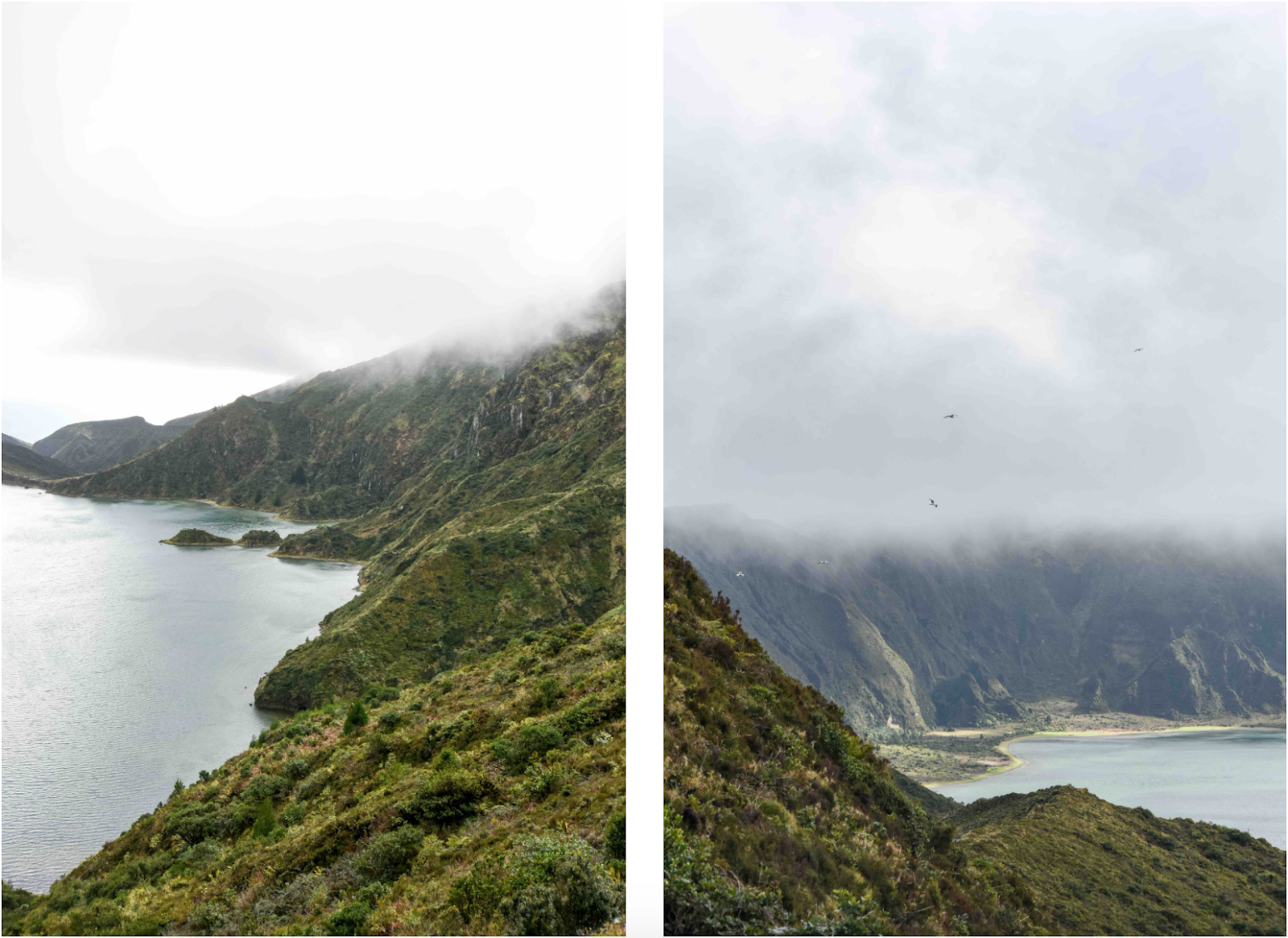 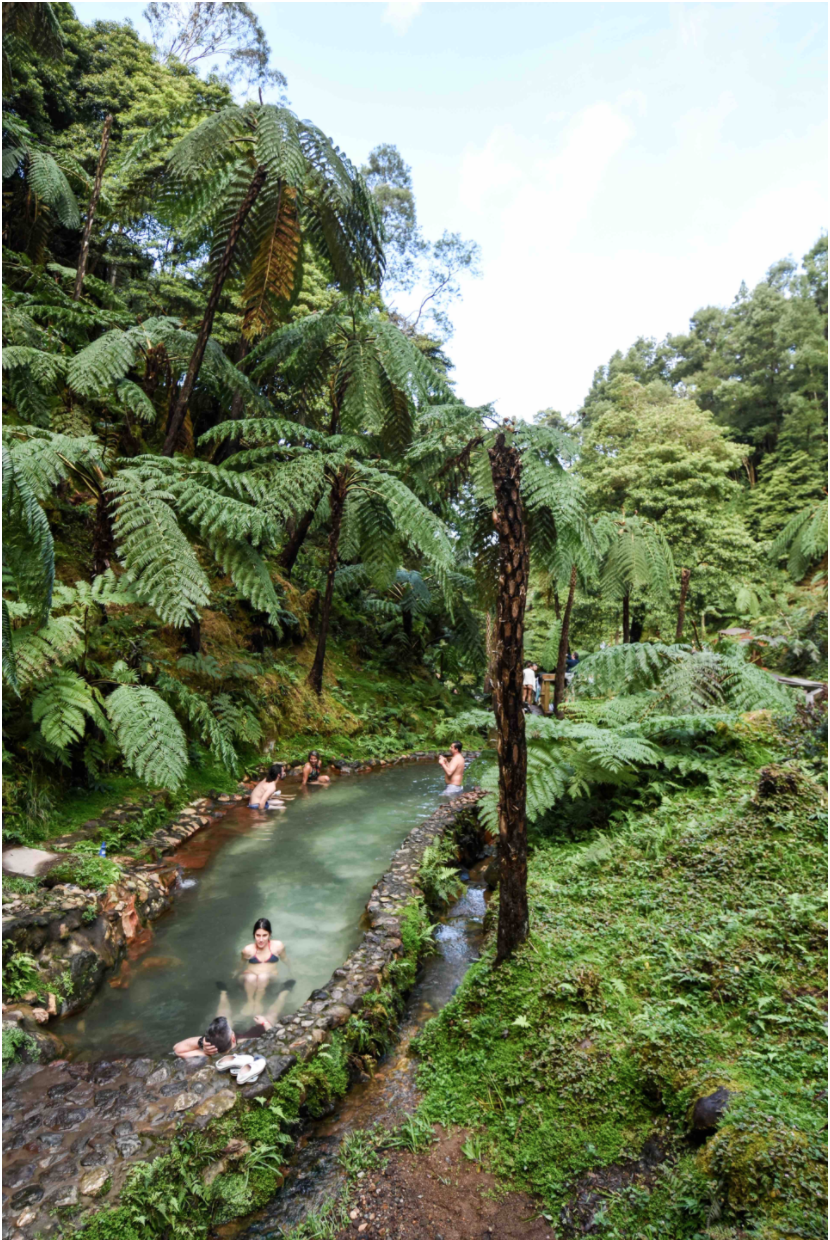 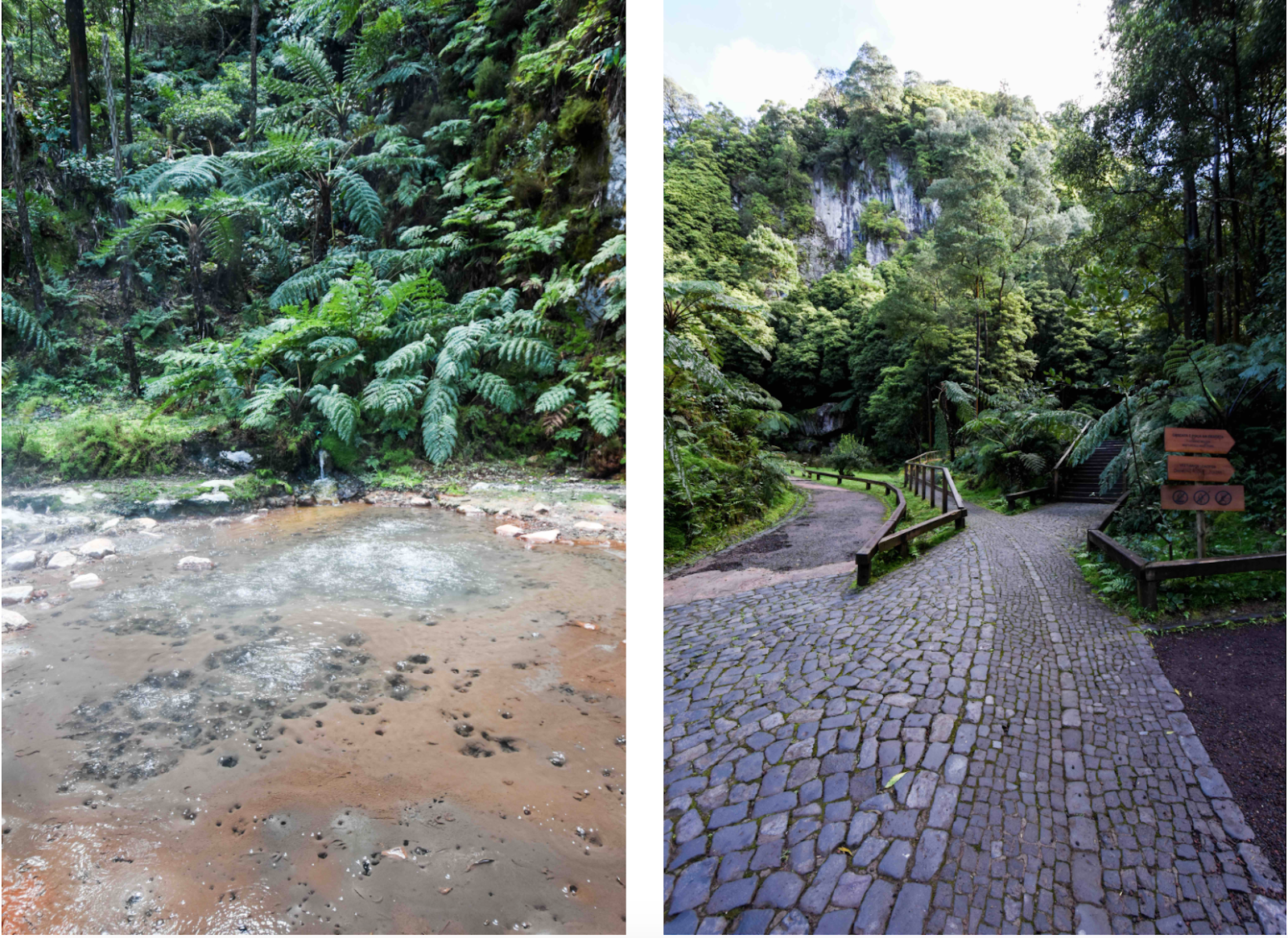 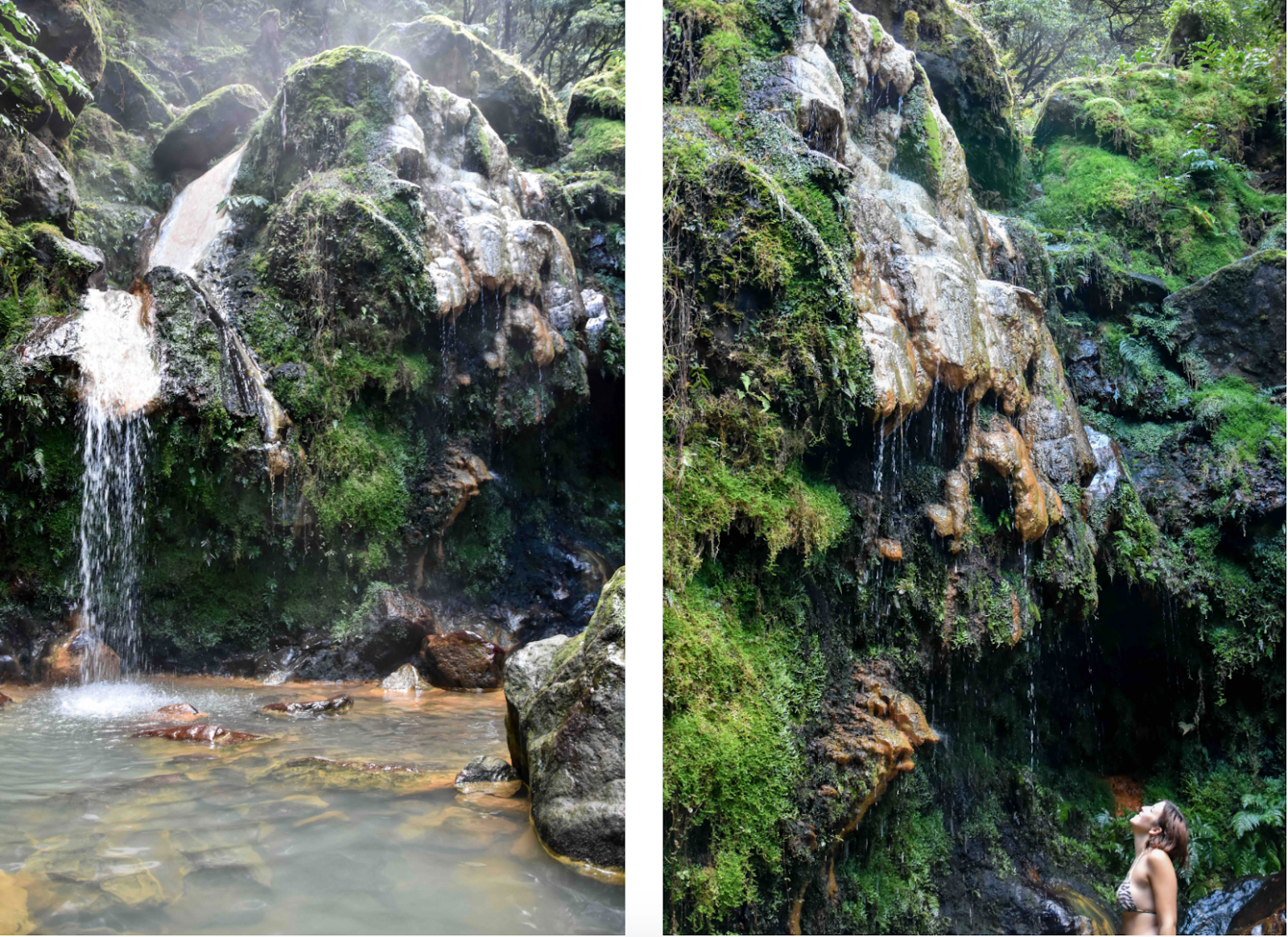