We finally came to Mozambique! Why finally? Because my mother was born here, in the past Lourenço Marques, the third generation born in Mozambique and the fifth touching African soil. The difference is that my grandparents took her to Portugal when she was two months old, while the entire extended family actually lived in Mozambique for a long period – and some still live. About the stories she knows them all, she just had to know the places now! This year she turned 50 and with the ticket facilities I now have at TAP, it was easy to pick her birthday gift

We flew to Maputo and two days later to Pemba with LAM. My grandma’s great-grandmother was one of the first settlers to go to Porto Amelia (Pemba’s old name), with my little great-great-grandmother. My grandmother was still born there and lived there until she was ten, when she moved to Lourenço Marques to her aunt’s house to continue studying, since in Porto Amelia there was only school until the fourth grade. It is with this aunt’s daughter and granddaughter that we are staying in Maputo. And by coincidence we went to a small charming hotel in Pemba, Jardim dos Embondeiros, which belongs to a friend of our cousin.

Jardim dos Embondeiros is a small hotel with soul. Three little houses, each with a beautiful decoration, a porch overlooking the Indian Ocean where you can have breakfast and where we contemplate the bustle of fishermen’s life, the tide and the incredible tones of this sea. Despite its beauty, Pemba is not a 100% safe city, so it was amazing to see all these changes from an authentic Indian Ocean balcony from sunrise to sunset, without having to go down to the beach with the camera.

When we arrived the tide was rising and we could no longer see it at low tide because it gets dark early (the sun goes down at 5:40 pm). It was in the morning of the next day that we could see the sea far away and all that it hides beneath. The exploration trips at low tide are wonderful! I advise you to wear flip-flops that attach to your ankles as there are many urchins and watch out for the fishermen, as the tide rises very quickly – as soon as you notice them retreating to land, it is time to return as well. 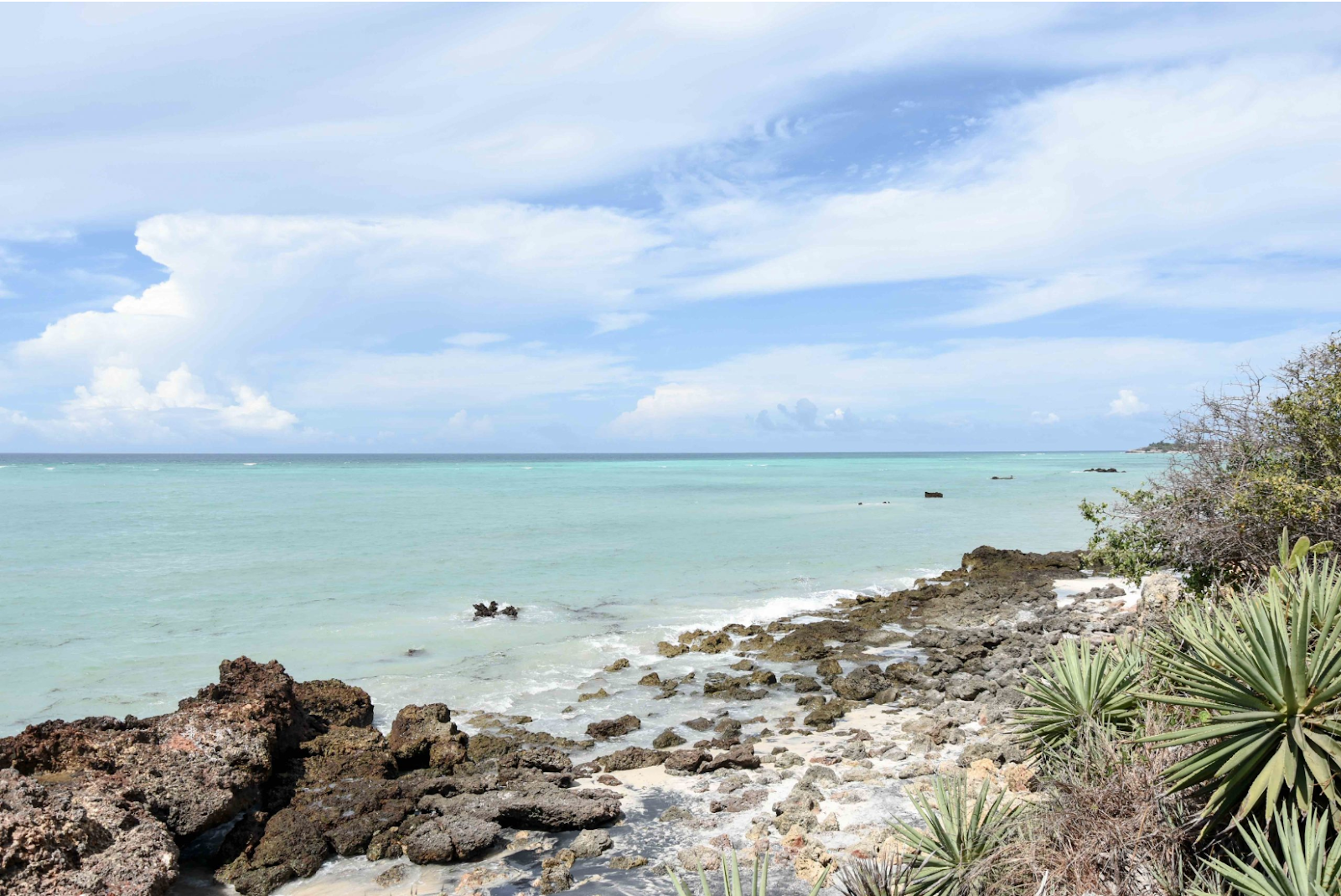 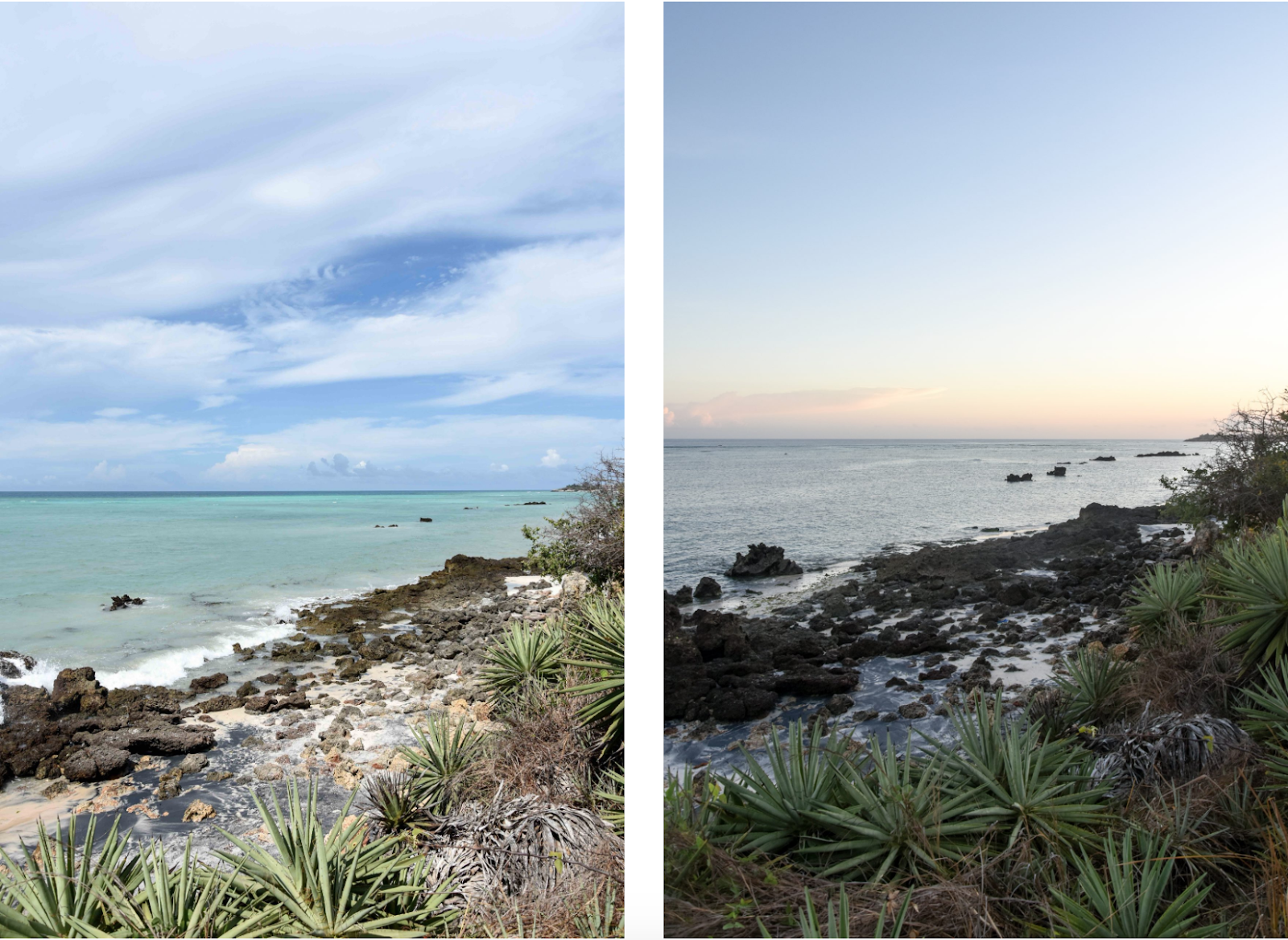 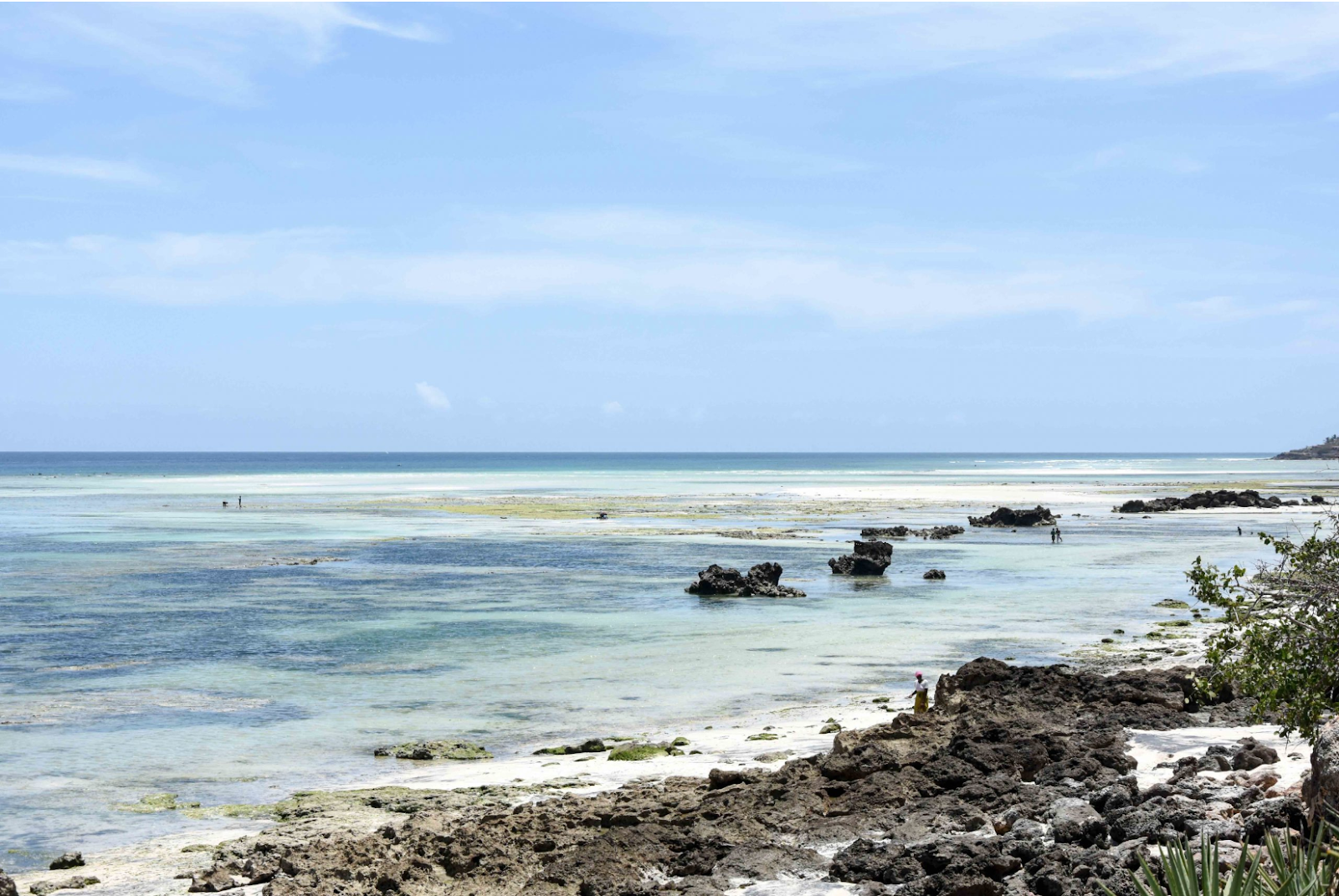 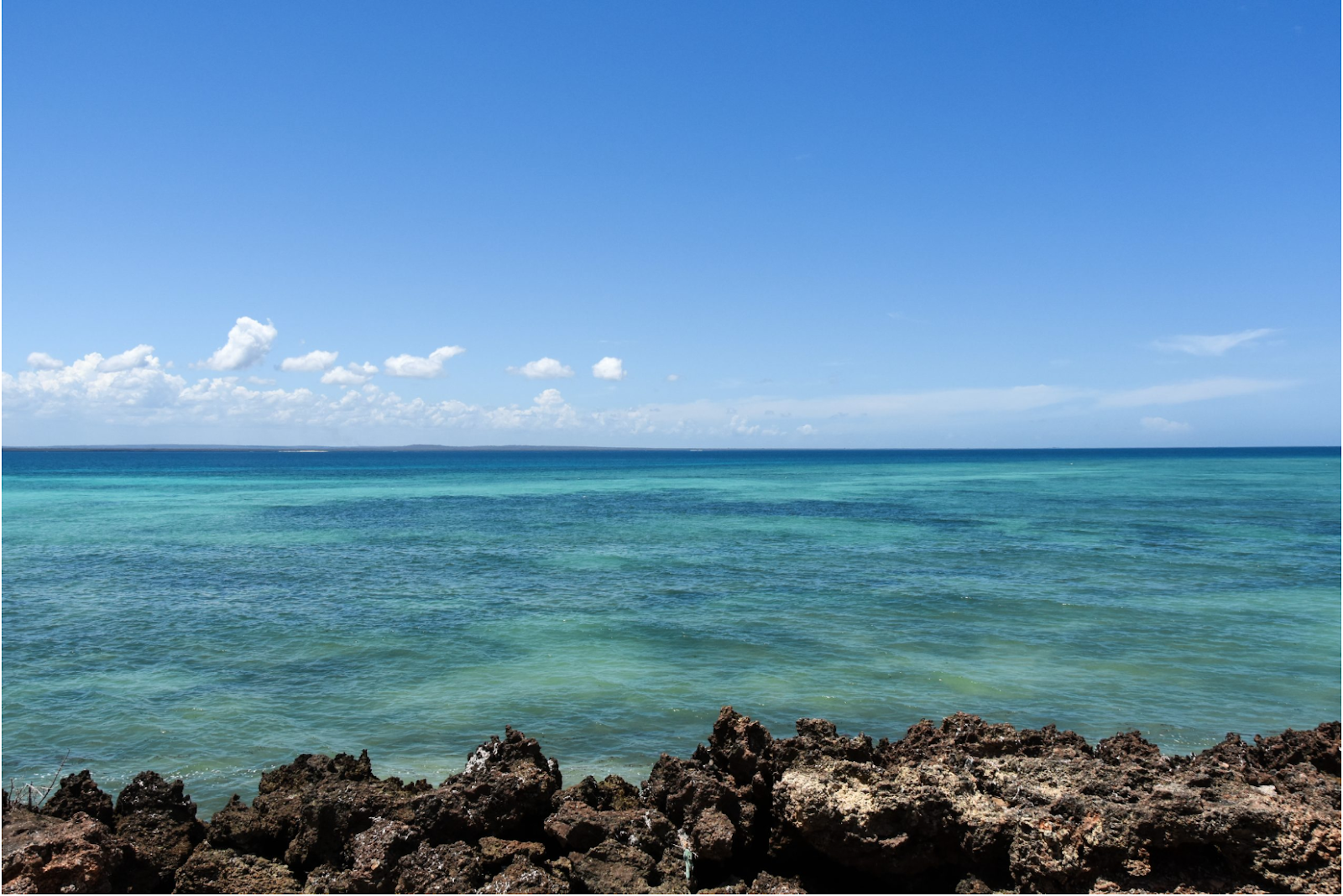 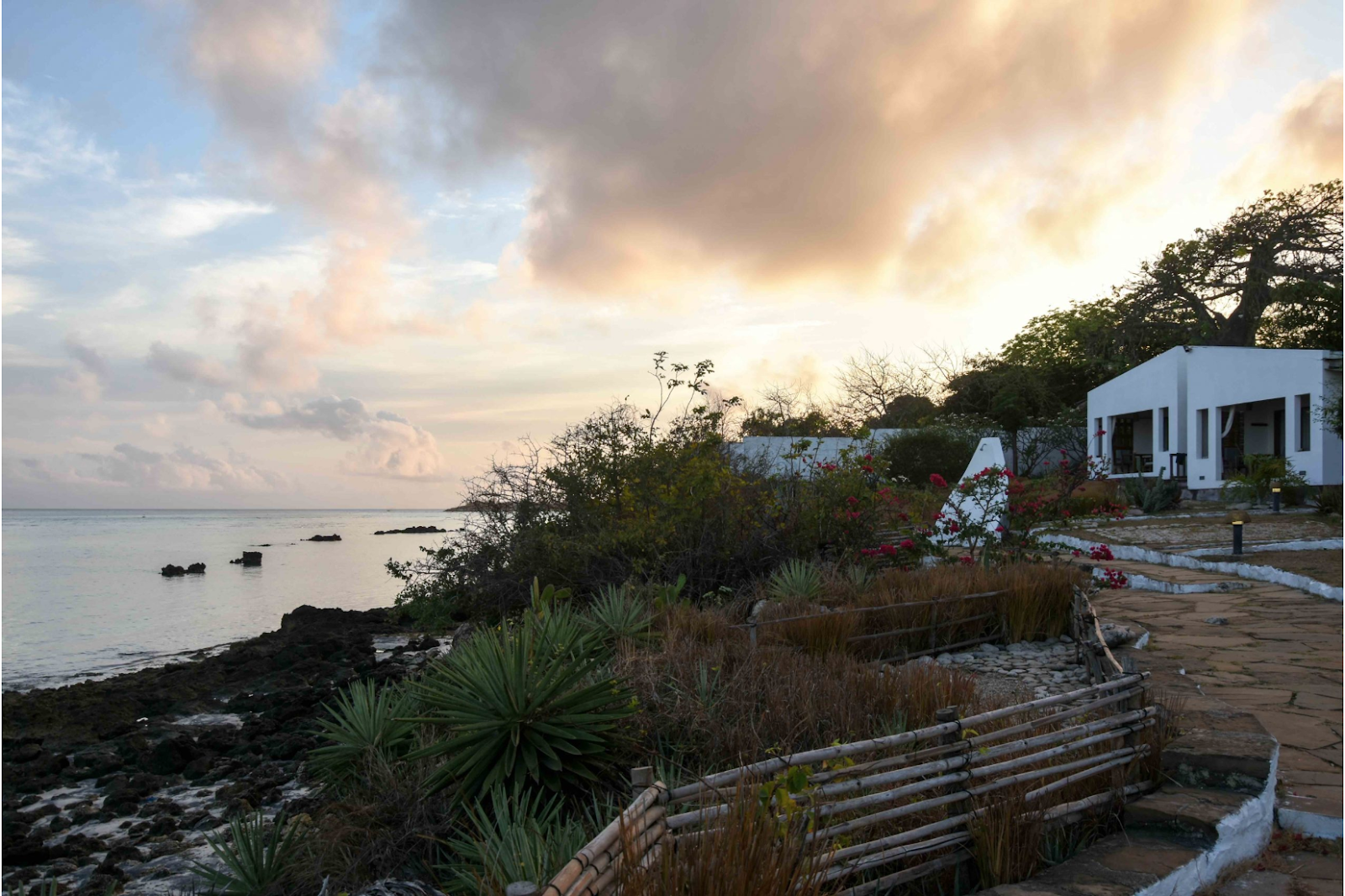 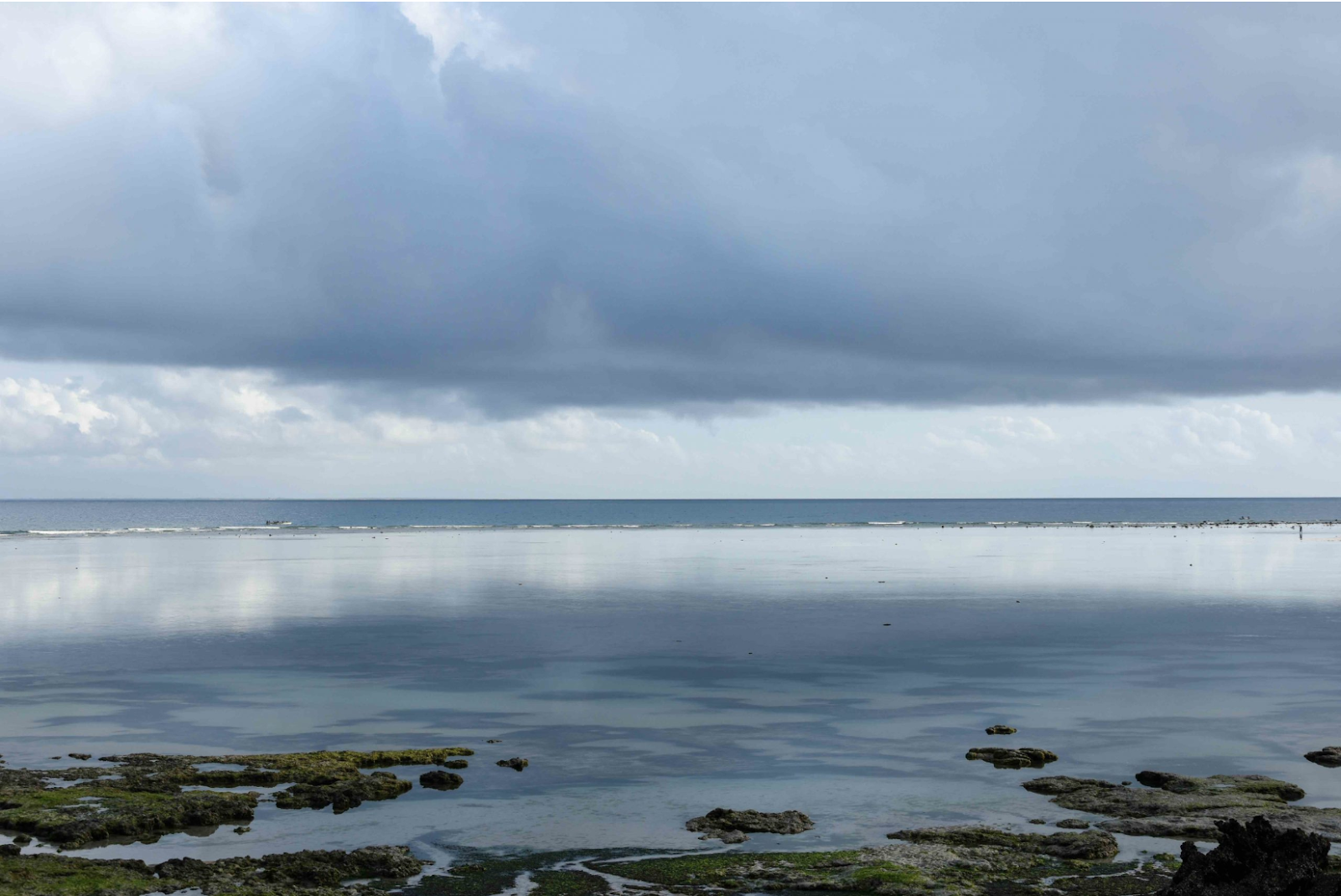 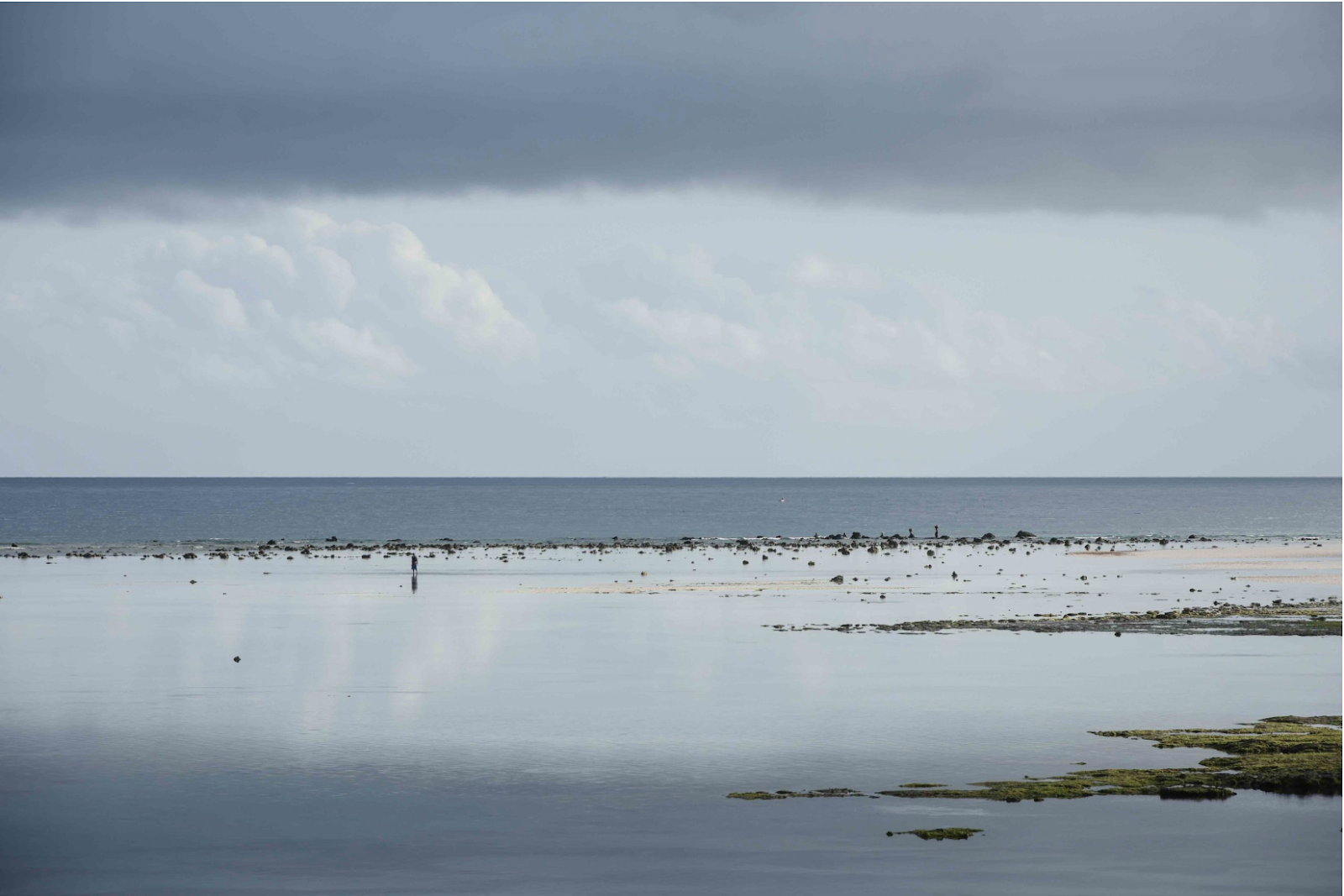 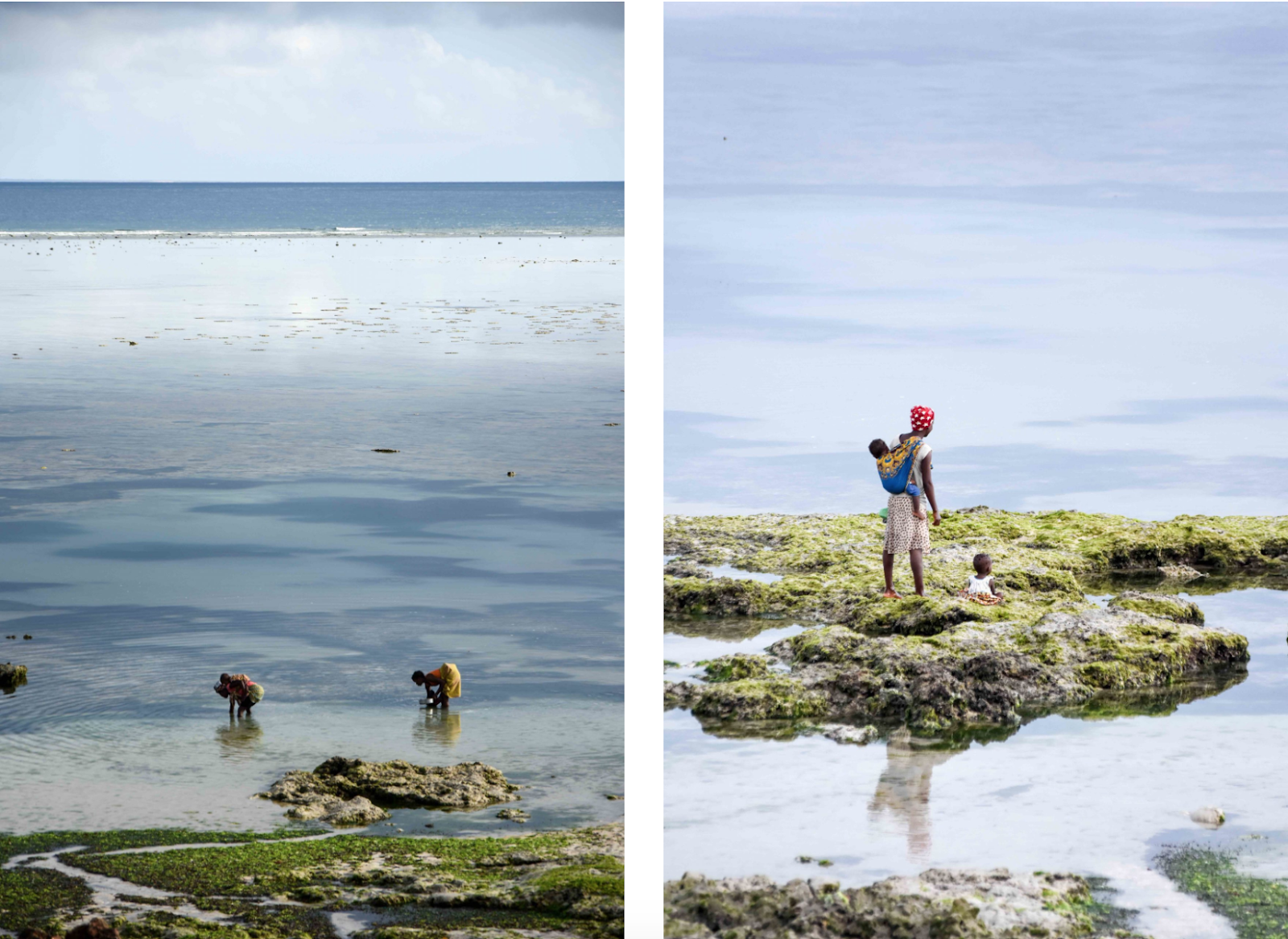 .
After two nights we changed to Kirimizi Hotel because when we were choosing the hotel I insisted on one with pool and my mother on the other, more charming. So we ended up booking two nights in each hotel. This hotel is less than a kilometer away from the former, but the landscape in front is quite different, a large sandbar, fewer fishermen and more “parked” boats. The place we liked the most to eat was Kauri Resort, the hotel next door.
. 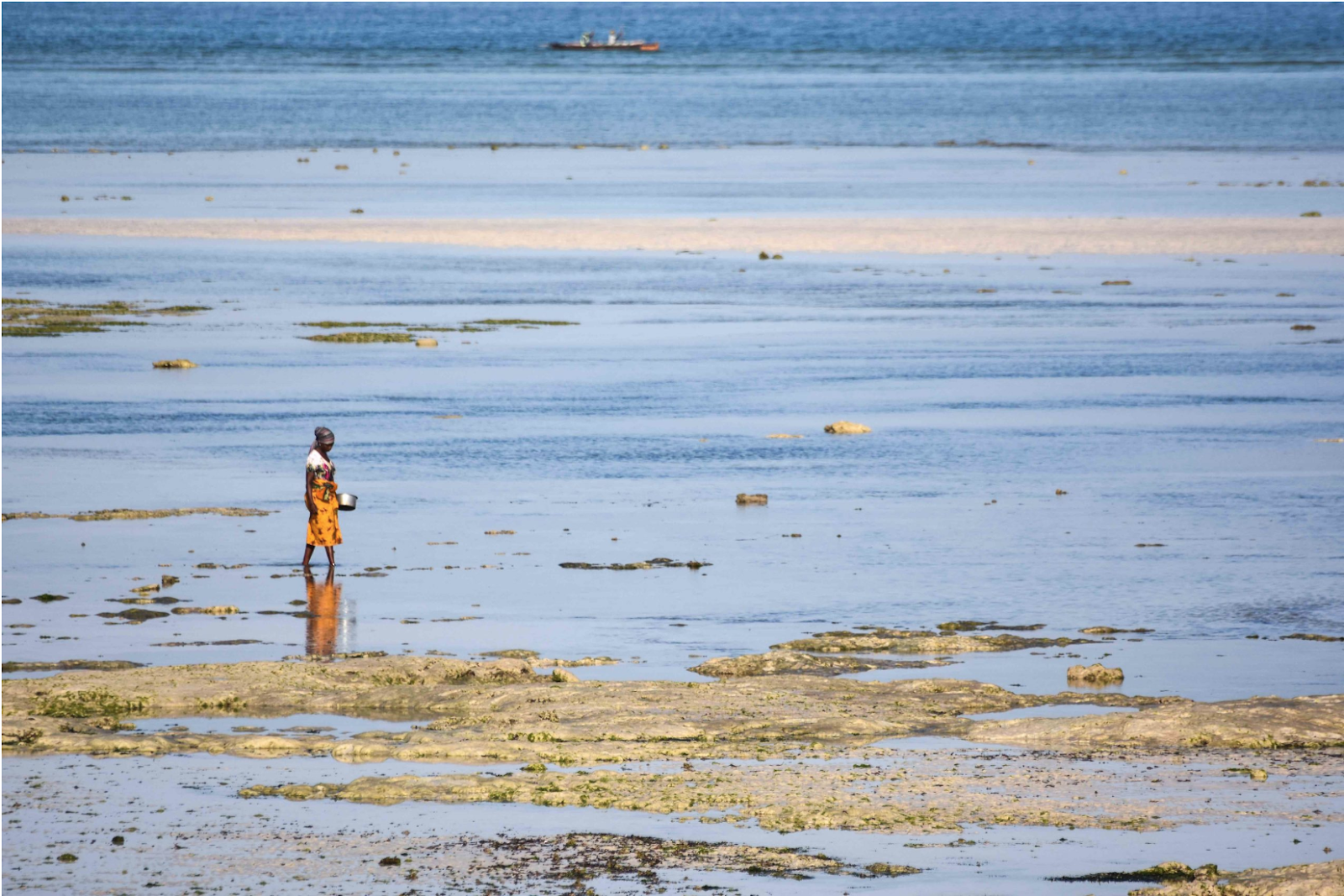 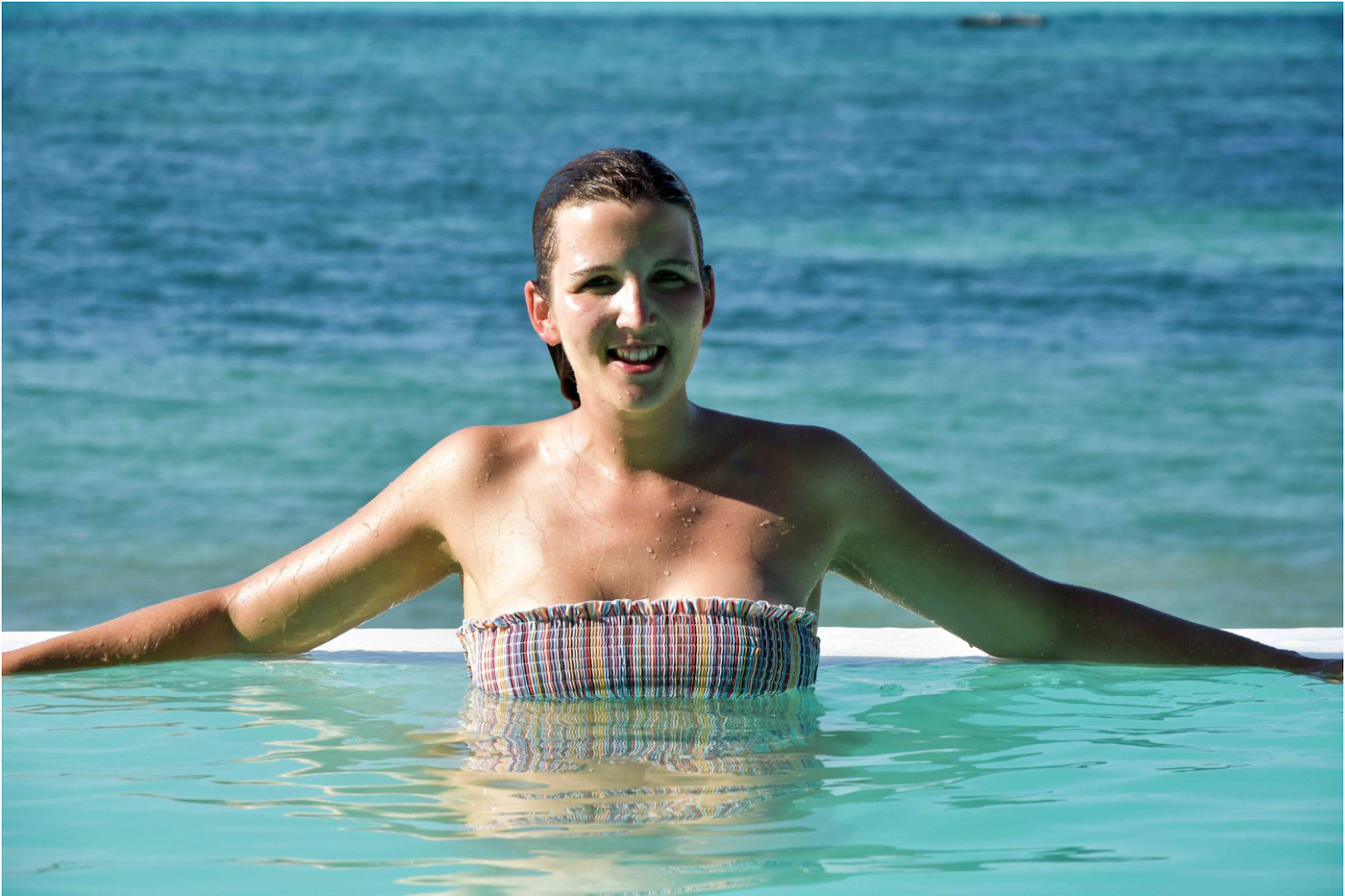 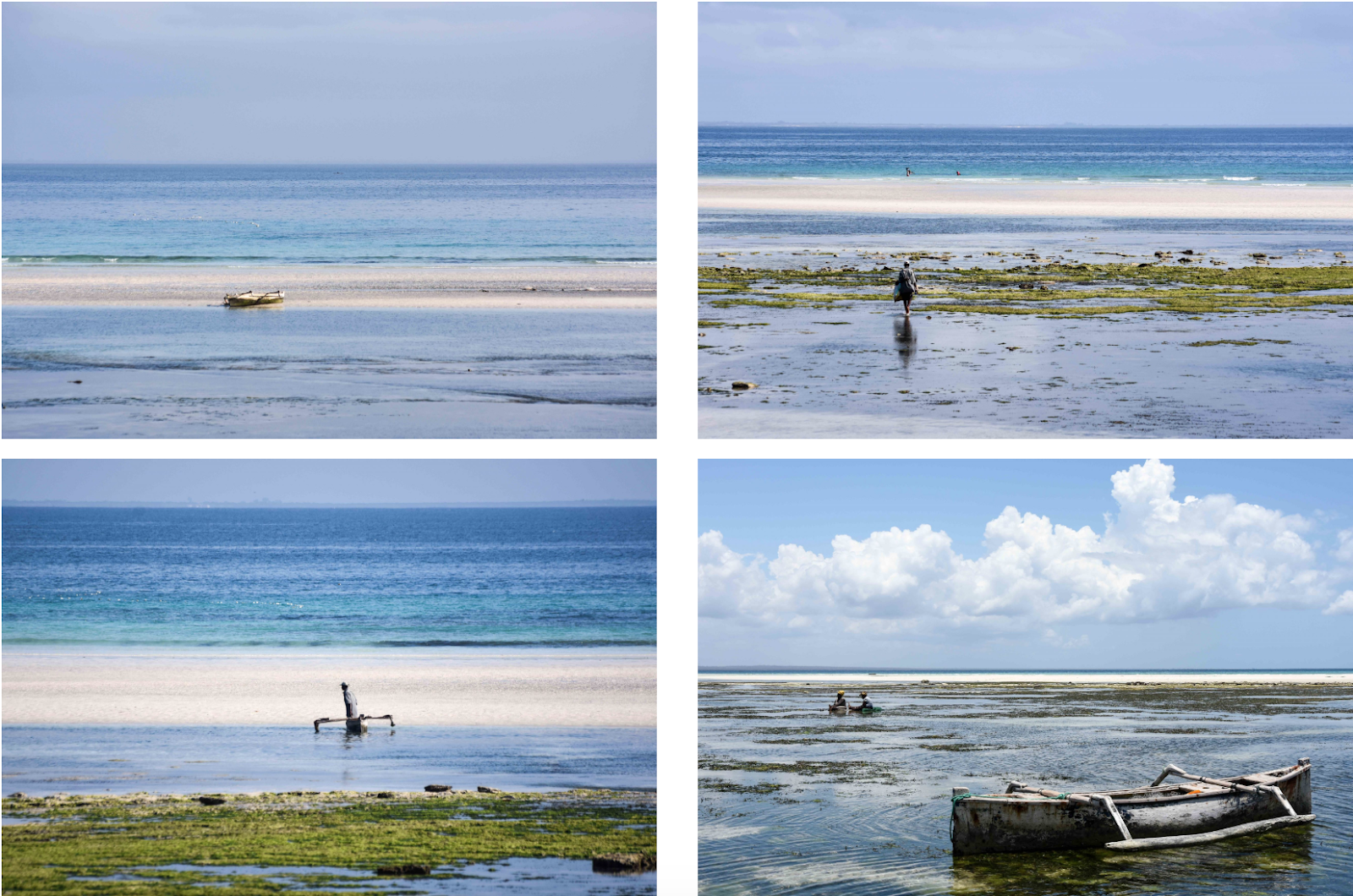 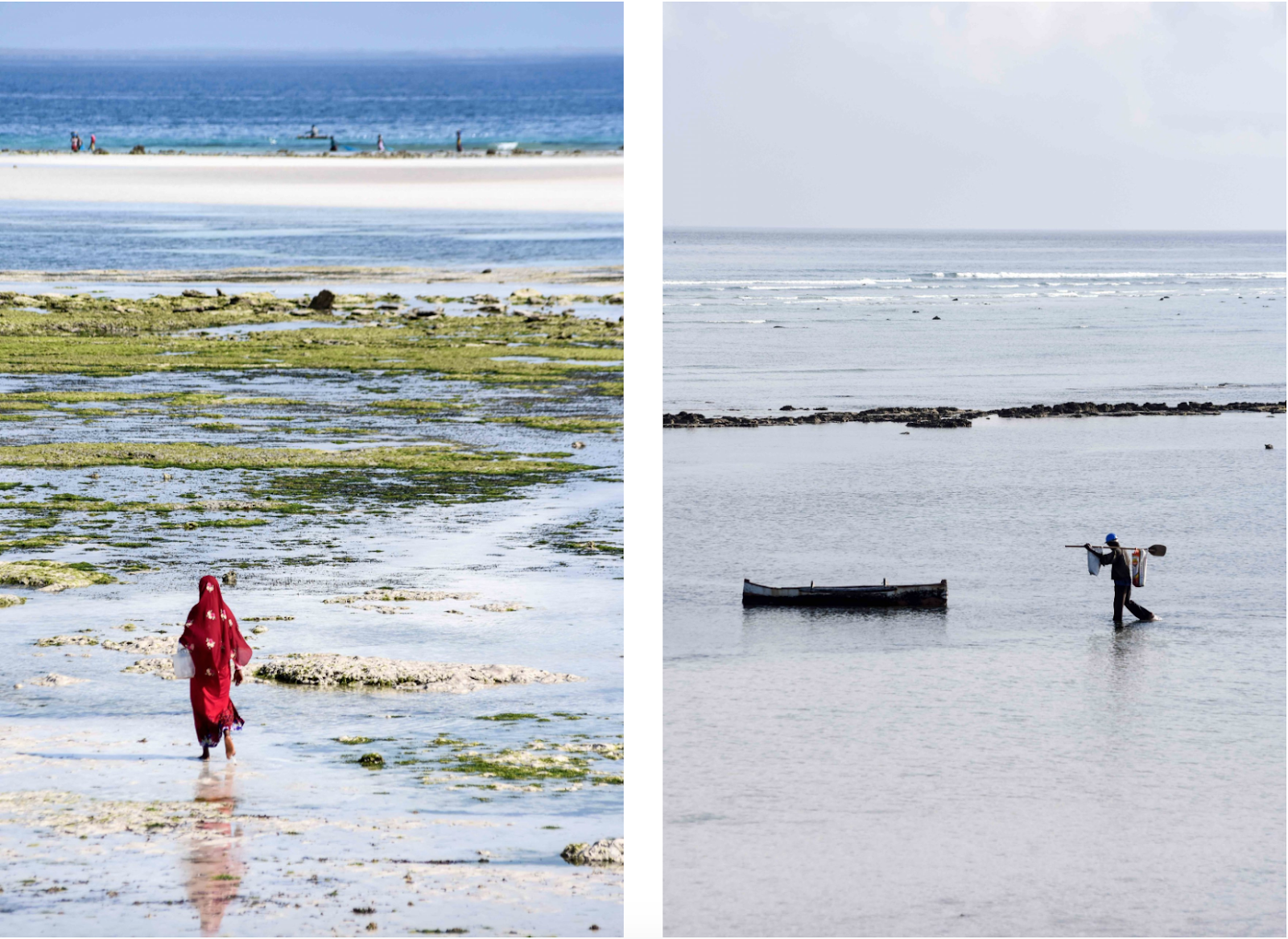 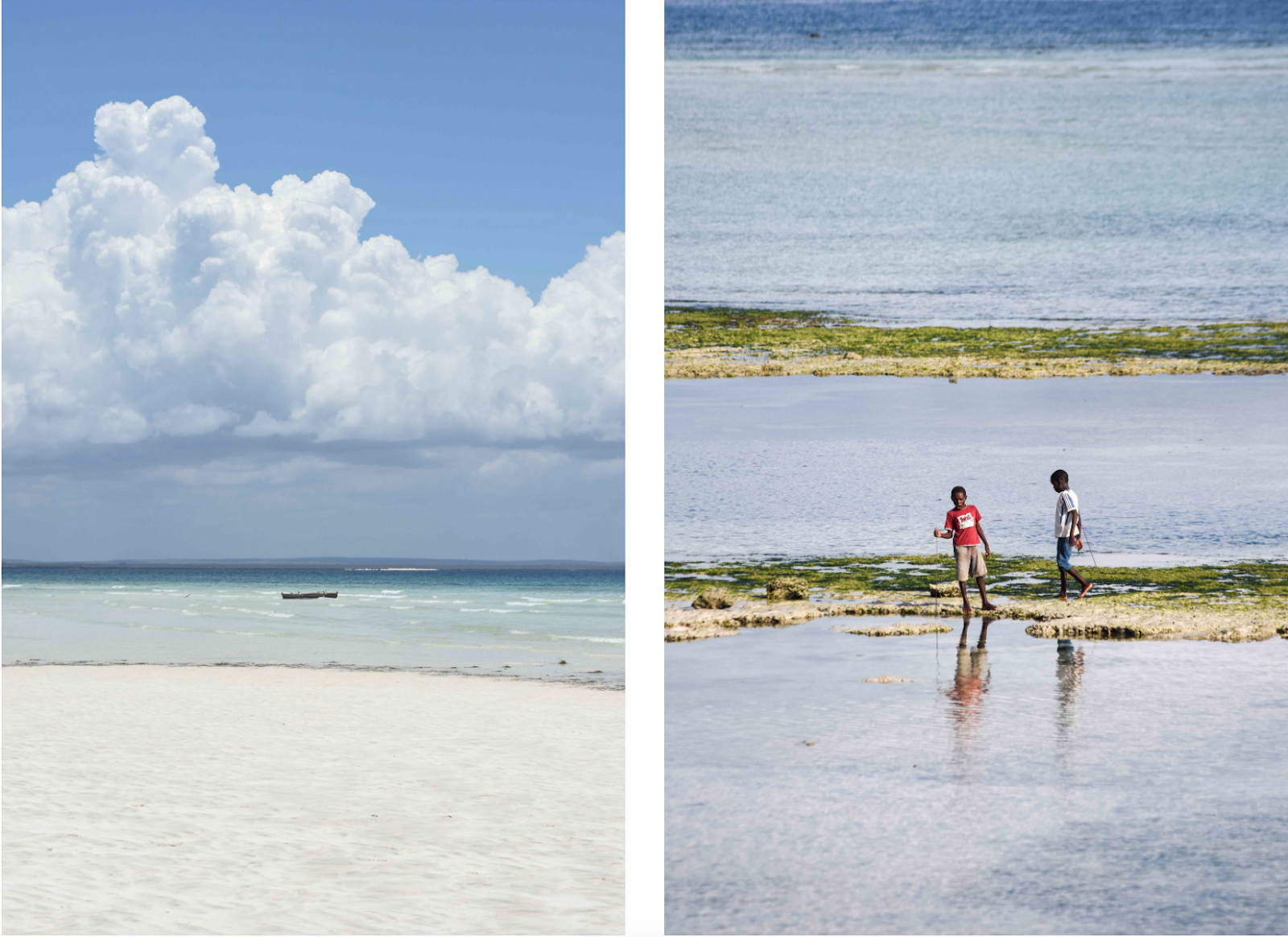 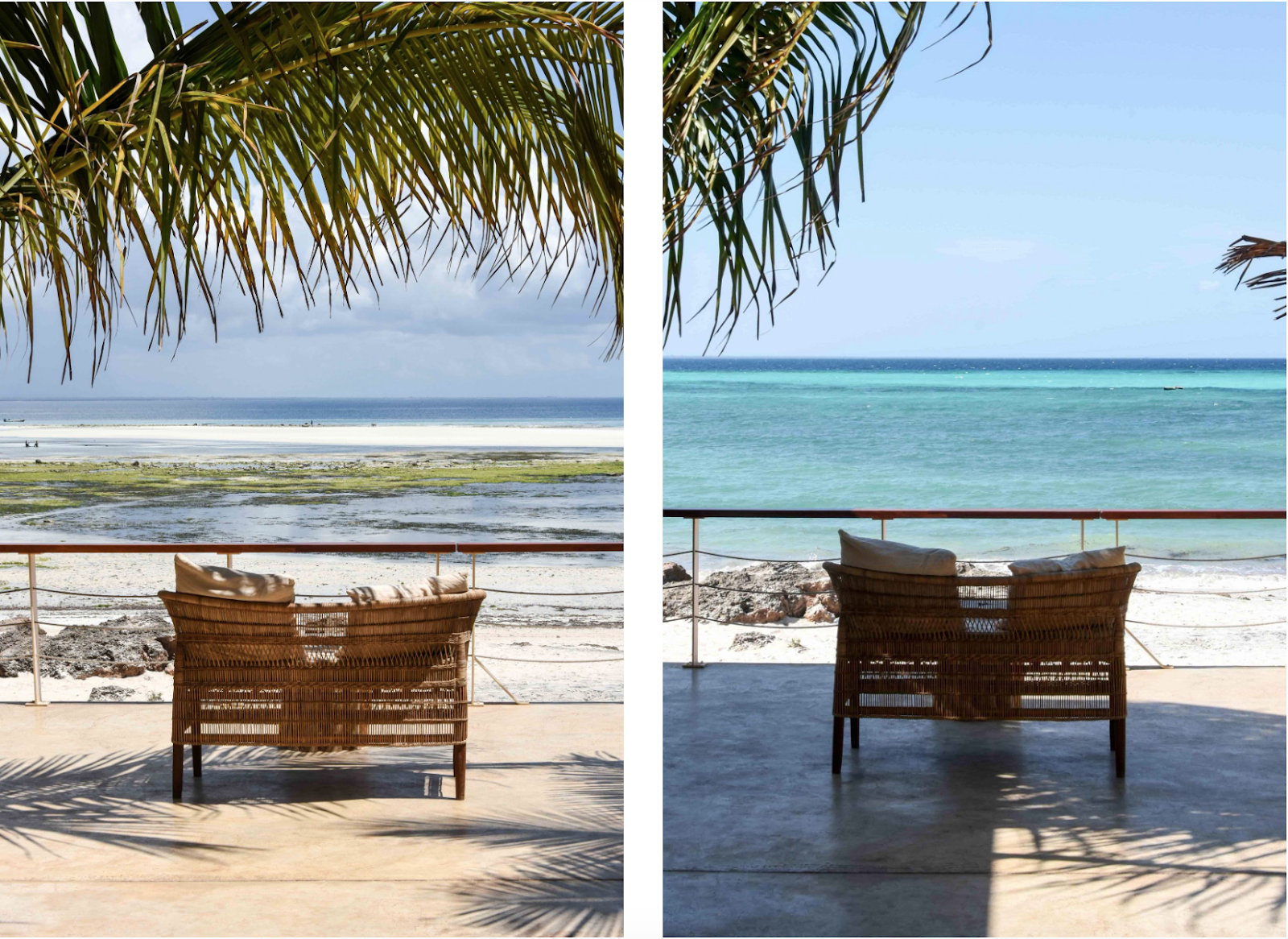 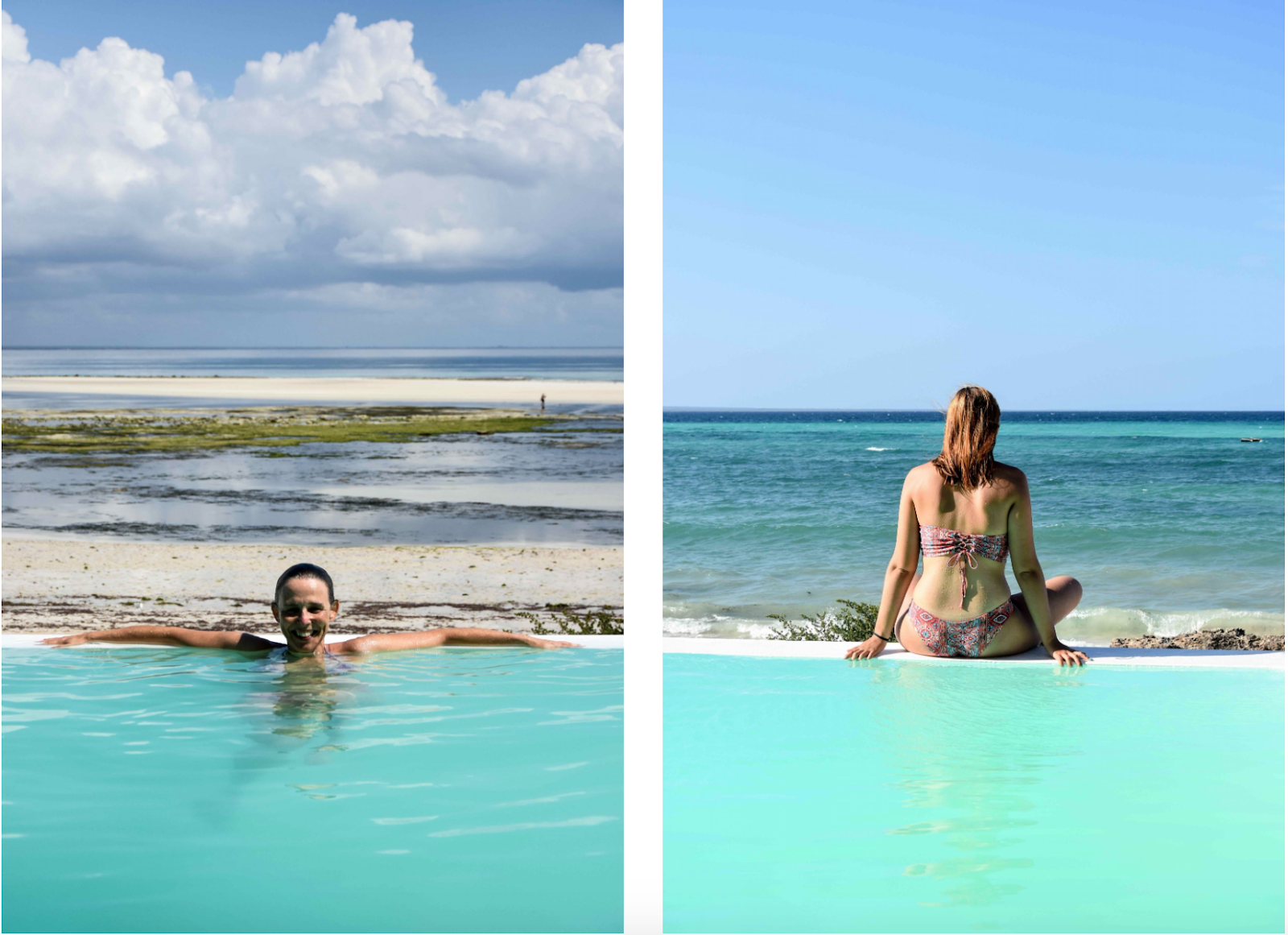